Social Design: A Discipline In Its Own Right

Cheryl Heller, the founding chair of the MFA in Design for Social Innovation at SVA, explains why “social design” needs its own graduate-level program, now more than ever.

Cheryl Heller is the founding chair of the MFA in Design for Social Innovation at the New York School of Visual Arts. Metropolis contributor Guglielmo Mattioli spoke with Heller to discuss the upcoming Design+Health Summit, which she is curating, her transition from advertising (where she worked for many years), and why “social design” needs its own graduate-level program, now more than ever.

Guglielmo Mattioli: Considering your background in advertising, how did you come up with this idea to start a program like the Design for Social Innovation?

Cheryl Heller: I’ll tell you the end of it. Richard Wilde, who is the Chair of the undergraduate design and advertising programs, started saying to me, “Why don’t you teach? Why don’t you teach?” And I said, “No, that’s not going to happen. I don’t like kids that much and I’m busy and I’m traveling all the time.” And so he said, “Make up a class that would really interest you and that solves a problem that you see.”

So for the first couple of years students came to my studio in Soho. But designers are taught tools and they’re taught self-expression. But they’re never taught what to do with their work. Right? How do you use the work to have an intentional outcome? And so I created this undergraduate class called “Design for Good” and taught it for about eight years when SVA said, “What would that look like as a graduate program?” And so it took about three more years to really define what that was and develop the curriculum and design it and get approval from the state. But it all came about because Richard Wilde said, “You really should teach.”

GM: But why were you interested in design for social innovation,  specifically?.

CH: I spent a couple years in advertising, but actually most of my career was as a designer—I was at Siegel and Gale for eight years. I had reached a point where the work I was doing didn’t have a lot of meaning for me. And at about the same time I met Paul Polak, who founded an organization called iDE, International Development Enterprises. He’s responsible for bringing probably 20 million people out of poverty. He developed the first treadle pump that helps people bring up groundwater so that they can grow cash crops in dry seasons and get out of the cycle of subsistence.

GM: On the DSI website, you define social innovation design as the design of the relationship between people and things instead of only the things themselves. What would be an example of that?

CH: I’ll give you an example from one of our students. Josh Treuhaft came in as a product designer. He was obsessed with food waste and the terrible impact it has on landfills and climate change. And his idea for the Salvage Supperclub is a series of pop-up restaurants that serve very elegant dinners from food diverted from landfills, and he serves them in swept out dumpsters on the streets of Brooklyn. There’s lots of write ups of that on our site. It’s a great example because, number one, if you set out to open a restaurant, you would be concerned with location and the chef and the financials. But he set out to change people’s relationship with food. So creating these relationships between people and farmers’ markets and the bruised boxes in grocery stores, and restaurants, and the chefs, and the other people that got involved, it’s just a very different process.

Because social design is always looking at the whole system it requires looking at how to create innovative interactions between people. You can have the best water filter in the world, but if it doesn’t get out in the market, nobody uses it, right? And that has to do with changing the way people view it and interact with it. There are a lot of business schools that have tracks in this. We partner with Babson, which is the number one school of entrepreneurship, and there is definitely a thread or a focus on business that contributes to social good. But it’s not a degree and it’s not focused on design. So the other thing that makes us unique, our students aren’t all designers when they come. We’ve had people from the London School of Economics, we have scientists, we have engineers, and a couple of MBAs. But we focus on design as the methodology to approach these issues.

GM: Why do we need to define social design? Shouldn’t all design be social? How can you have a design that is not social? 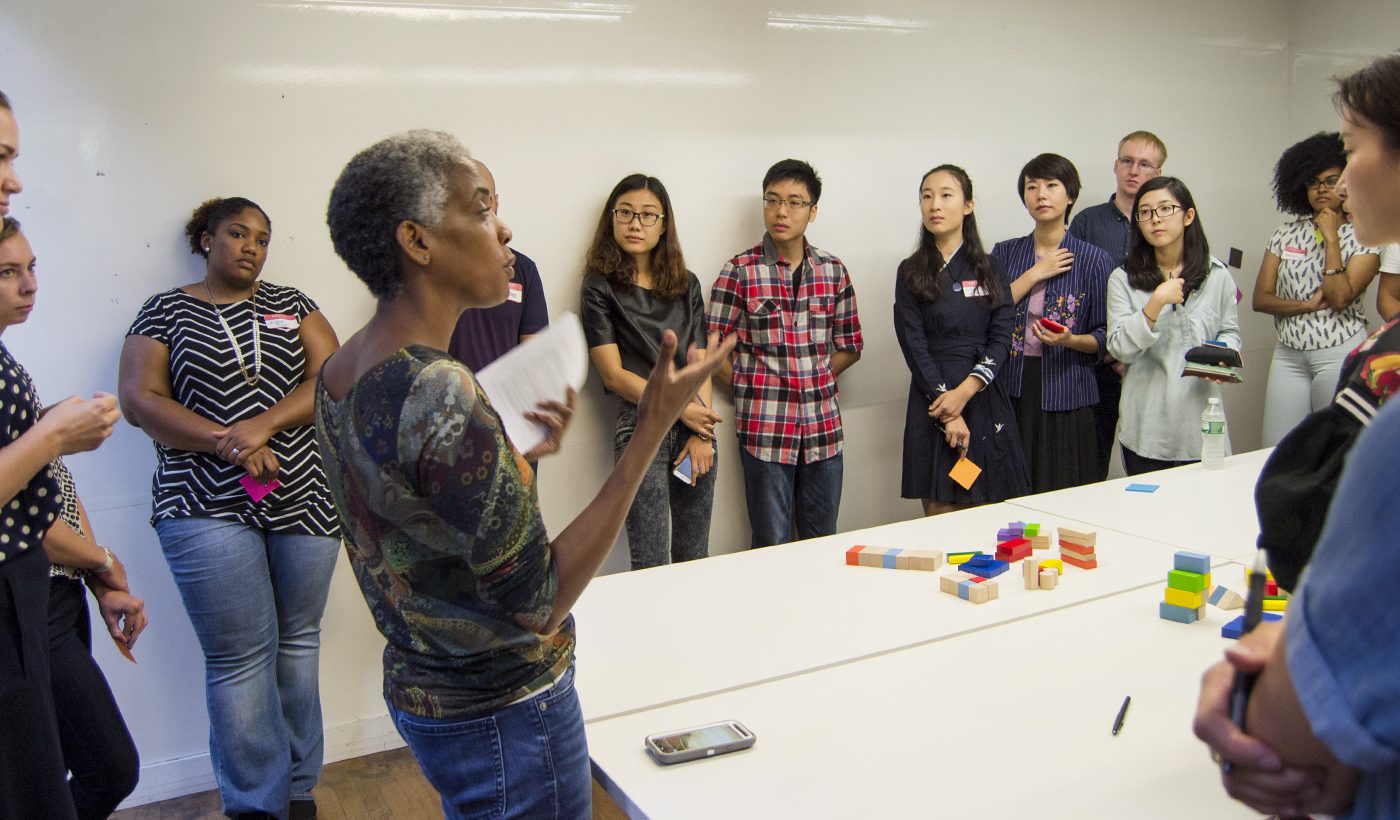 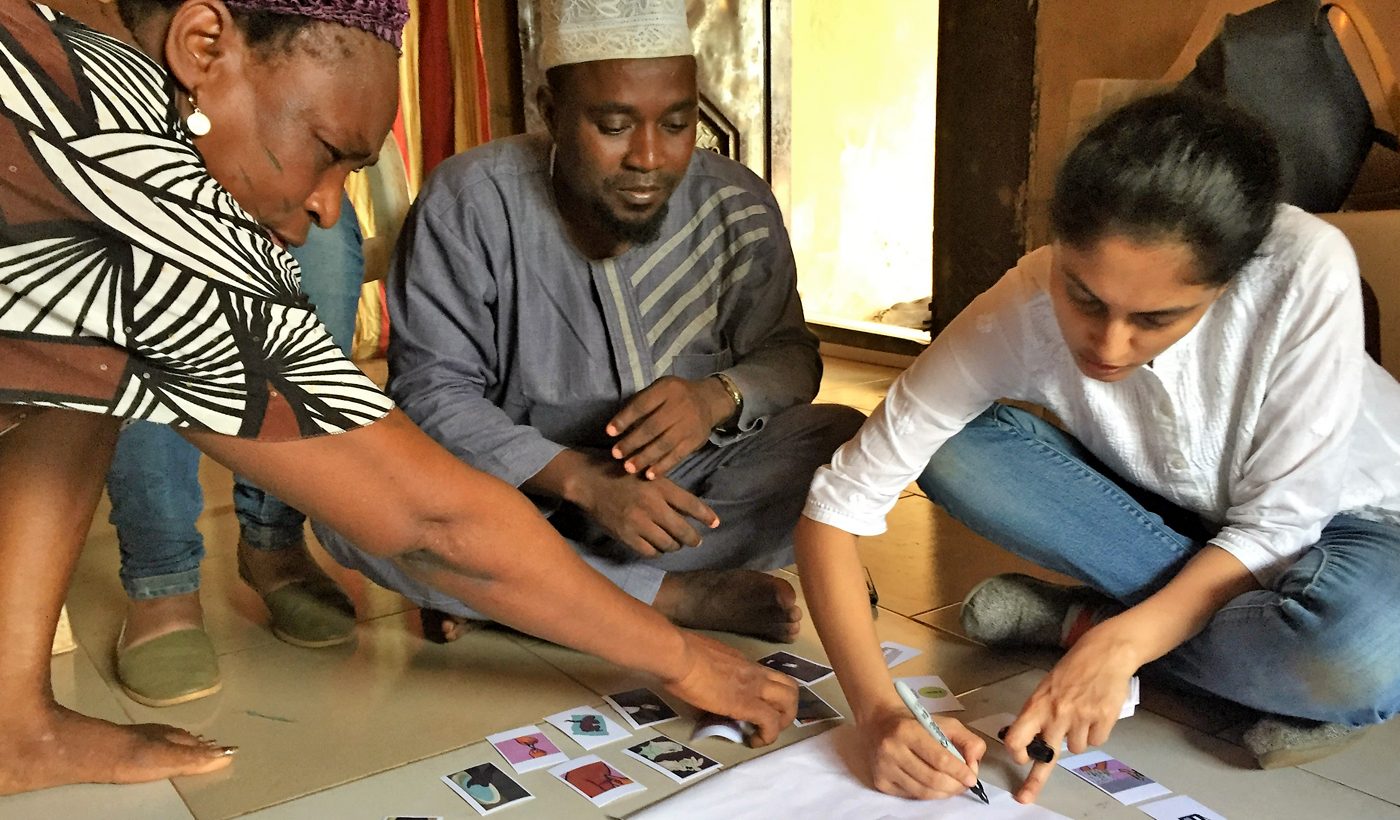 GM: In traditional design, success is measured in how much of whatever thing you’re designing you can sell or how popular it becomes. And you can easily measure that. Do you think in social design it’s actually more difficult to measure the impact?

CH: Much more difficult. We live in a very transactional society and so when Apple comes out with a new phone they know exactly how much people like it and they measure it all based on how many they sell or how many people come back. What we deal with in social design are not measurable transactions all the time. You’re dealing with people’s well being and the time horizon is much greater.

We need to be able to say, it’s not about the number of water filters we sell, it’s about people’s health, it’s about other indicators that have a much longer lead time to understand. So yeah, it’s much more complicated.

CH: I think all humans should be responsible. I think that, number one, designers create things, right? We have the ability to create things that didn’t exist before, whether that’s a program or a cultural shift or a new car. That’s I think a bigger responsibility and most designers feel that. Most designers don’t want to cause harm. And then the distinction becomes, how curious are you about the real impacts of what you’re doing? How willing are you to understand the unintended consequences, the environmental impact, the human impact. I don’t think fashion designers sit around thinking, “I want to keep workers wherever the factory is on subsistence pay.” But they don’t want to know. So it really comes down to how curious are you, and how willing are you to look at the larger system, which is the first thing that social design teaches. What is the system you’re impacting and how do all these things connect? I don’t know if that answers your question. I think most people want to be responsible but not everyone takes the time to know.

GM: What are your expectations for the Design+Health summit? What are you hoping comes from it?

CH: Well, it’s an experiment because we really are trying to make this a conversation. So what I’m hoping for is a very open presentation of successes and challenges. What I want to get from it is a series of questions that we need to ask, or an identification of the theories we hold about where design works and how it works so that we can then do the work of talking to a lot more people, of testing the theories, of gathering more data about what people are doing and whether what we saw holds at a larger scale. We’re hoping eventually to create a resource for anybody who wants to begin to measure and improve the impact of design. What form that will take? It’s hard to know at this point, but that’s the ultimate goal.

GM: Why do you think design is so powerful compared to policy, for example?

CH: I think design is sexy and it’s exciting and it’s creative and it’s hopeful. Design is always hopeful because we are creating possibilities, whatever that is. But the truth of the matter is, we should never for a second think that policy isn’t important. Economy is important, policy is important, all those other things. We cannot work alone, and the only reason design will succeed at this is if we come to the table with all those other people and we talk about solving these problems together.

GM: What do you think is going to happen in the future? The political moment right now is not exactly going towards sustainable and social design.

The Design for Social Innovation and Worldstudio will host the first annual Measured Summit, Design+Health, on January 24 in New York City.  Learn more about the event here.