Speaking Up: 30 Years of Emerging Voices

The Architectural League’s Rosalie Genevro and Anne Rieselbach discuss the history of the Emerging Voices program and its evolution over the course of three decades. 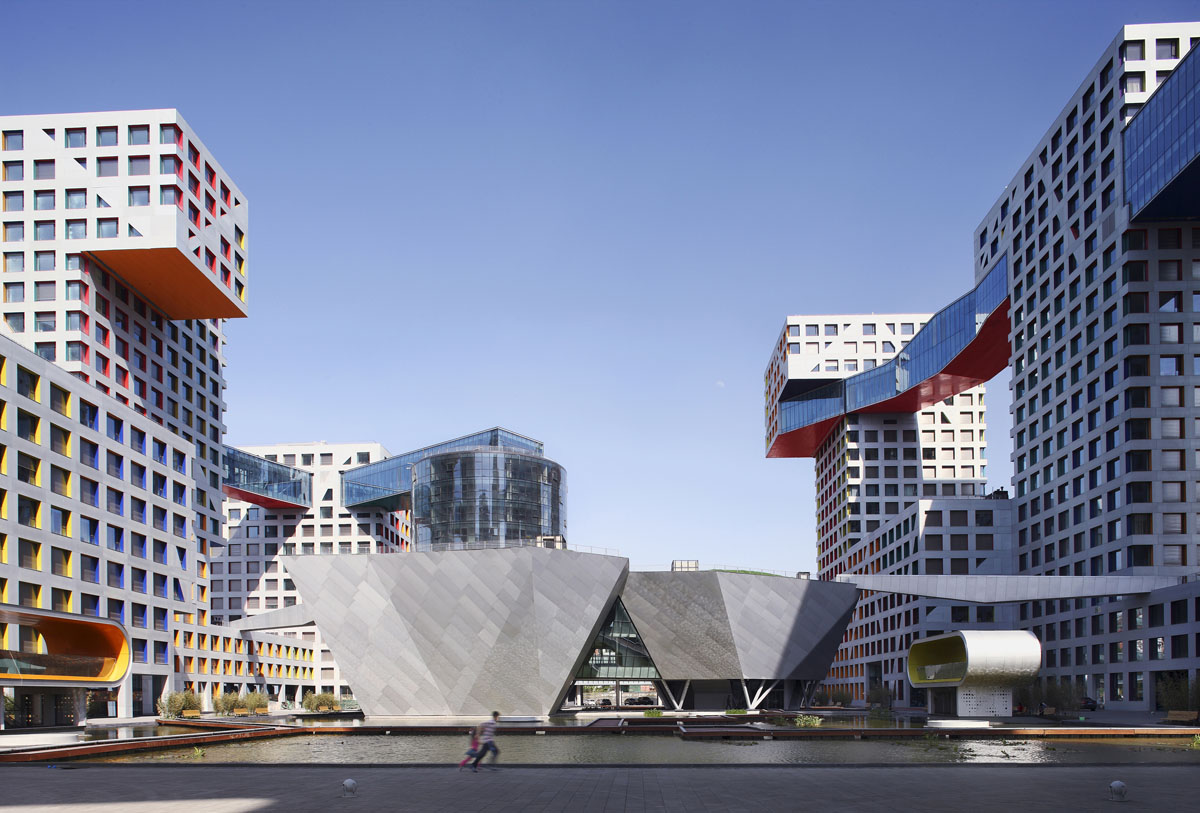 The Linked Hybrid in Beijing, designed by Emerging Voices alum Steven Holl, realizes ideas present in the architect’s early work. Projects like the Bridge of Houses (1981) established Holl as an architect to watch, a fact cemented by the Emerging Voices award.

Since its founding in 1982, the Architectural League of New York’s Emerging Voices awards program has consistently identified the most promising talents of their generation. In three decades, the mostly annual program has helped launch dozens, if not hundreds, of careers. A new book anthologizes the work of these architects, landscape architects, and urban designers. Metropolis editorial director Paul Makovsky spoke with the League’s executive director, Rosalie Genevro, and program director, Anne Rieselbach, about Emerging Voices’ enduring mission.

Paul Makovsky: The awards are both a litmus test for the field and a kind of yearbook. Would you agree with that?

Anne Rieselbach: Well,you do get both aspects. To talk a bit more about the former—the fact that the program is annual makes the actual choosing a little complicated. It’s knowing how to identify a firm at the right moment, when the arc of its practice is emerging or, just as importantly, when to hold off and wait until it has a fuller portfolio of work. It’s a debate for us. There have been a few winners in the past that could have waited a year or two.

PM: Who was there at the beginning, when Emerging Voices was started?

AR: Marita O’Hare and Emilio Ambasz, who were, respectively, the executive director and the president of the board of directors at the time in 1982. It was Emilio who selected the winners for the first few years.

PM: He chose well, right? You had Steven Holl, Tod Williams, and Susana Torre in the first year!

Rosalie Genevro: It was a pretty amazing group. In 1982 the Institute for Architecture and Urban Studies was still active—it wouldn’t close for several years. You have to look at what was happening in New York, seeing the city as an important cauldron of architecture culture. It was definitely an active culture of discussion, but even so, there weren’t any recognition programs like this then.

PM: So how did Emerging Voices distinguish itself within this milieu? Was it the selection criteria?

RG: The criteria have evolved over the years. One question, or even tension, involves stacking up the built work against a body of promising unbuilt work. On the one hand, at the more speculative end of things, you have academics whose project or career may have been established through teaching and writing rather than building. On the other, you have buildings, of course, but also smaller interventions, those at the landscape or even domestic scales.

AR: The other thing that ties the program together—at least, from the time that I have been involved with it—is looking for a narrative thread that makes their voice really distinctive. It could be either visual or theoretical, something that just ties an architect’s work together in productive or memorable ways. 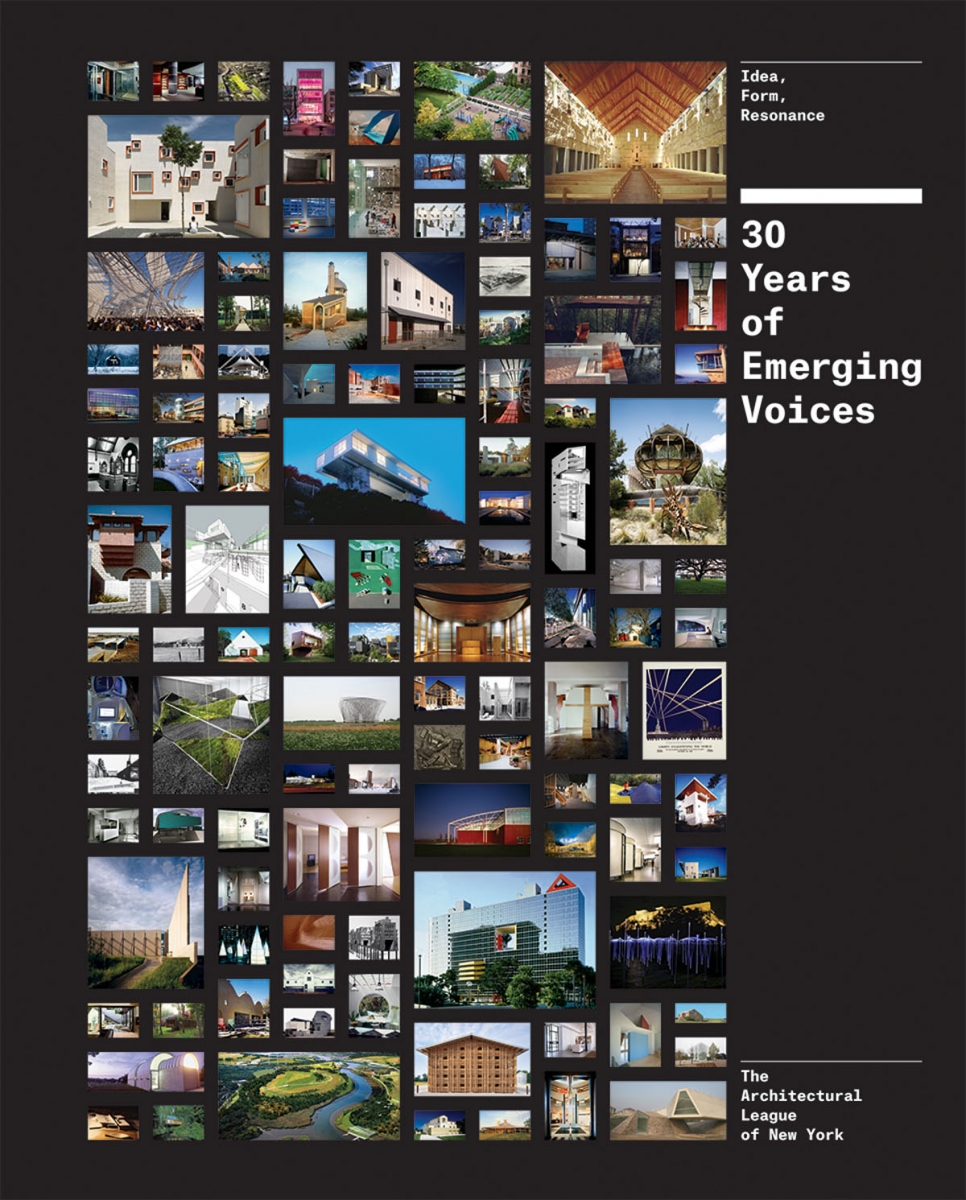 PM You say it’s evolved, but how have you honed the selection process over the years?

AR: Starting in the late 1980s and certainly the early 1990s, we were looking primarily at built projects. We doubled back on that a few years ago when we looked at how the field had changed with the introduction of computers and digital design tools. The growing significance and changing attitudes toward landscape design in the late 1990s and into the 2000s has also been very important, particularly for us—it really broadened the way that many Emerging Voices winners think about what they do and what the boundaries of architecture are. Today, we are trying to make sense of new, more unorthodox kinds of practices, from the makers to “information architects” who are working on mapping and research.

RG: It was even more pronounced in the early 1990s, when the recession prevented some architects from building much. It was the beginning of the digital revolution, so people were producing new kinds of work.

PM: What were some insights or realizations that came up in your reflecting on all of this— when you were putting together the new book?

RG: The Emerging Voices program is very much a piece of the League’s history of attention to younger architects. The League was founded by young architects who were looking for a platform from which to further develop their art. These were people who were draftsmen in bigger offices who were lusting after more education. This focus on young architects was expressed again in the first 40 Under 40 show, in the early 1940s, which was more than 20 years before the more famous one Robert A. M. Stern did in 1966.

RG: There’s a pretty clear thread over a long period of time that has shown the League to be a cultural, and not a professional, organization. While we do talk about ways in which practice has changed or ways in which technology has changed practice, for example, we don’t focus on the day-to-day issues or legalities of practice. The AIA New York, it should be said, doesn’t only focus on those aspects, either. But the League has always defined itself according to a specific definition of architecture—that is, as an art form. It has also always participated in the life of the city, in both small and big ways. So, in the late nineteenth century, for example, the League lobbied that the Metropolitan Museum of Art should open on Sundays for the enjoyment of workers on their day off. In the 1930s, its focus shifted to problems of housing, which we have returned to again and again over the past couple decades. We look at architecture as a cultural act.

AR: Architecture as a visual culture, too. The League had an annual exhibit pretty much from the get-go.

PM: Another thing the book reveals are the pairings or couplings of architects that you’ve made throughout the years. How intentional are these?

RG: There definitely are inevitably formal groupings that emerge at different times depending on the architectural climate of the time.

AR: We’re now seeing the ascendancy of both young and mid-career Mexican architects. It’s across the board both for this program and for younger practitioners chosen for the League Prize for Young Architects + Designers. We also see typological emphases or resonances—there have been inventive housing projects through the years, demonstrating creative models of development rather than just building for big stakeholders and developers. We shape the mix of winners each year—and we’ve actually had a debate about this—to represent different strands of ideas or debates that are going on. We try not to have a single interest.