Naming “movements” can be a tricky business. Naming a worldwide shift toward systems thinking, social responsibility, and “all things green” has been particularly dicey. For better or worse, all these things, together, have been summed up as the sustainability movement. But the word sustainability has left many designers as well others feeling less than satisfied. […]

Naming “movements” can be a tricky business. Naming a worldwide shift toward systems thinking, social responsibility, and “all things green” has been particularly dicey. For better or worse, all these things, together, have been summed up as the sustainability movement. But the word sustainability has left many designers as well others feeling less than satisfied. (Well-known green design thinker William McDonough, for whose architecture firm I work now, has been vocal on this point. Bill finds the term woefully lacking in aspiration and frequently asks his audiences: “Do you want your marriage to be ‘sustainable’?”)

Though lamenting the lack of potency and poetry of “sustainability”, those committed to the movement have accepted the word’s shortcomings as well its cousin’s, sustainable design, perhaps because the demands of the day seem to discourage dithering about words, an exercise akin to rearranging the deck chairs on the Titanic.

Two designers have found a way to take a very bad term and make it worse. Michiel Schwartz and Joost Elffers have written Sustainism is the New Modernism: A Cultural Manifesto for the Sustainist Era (DAP). They are nothing if not brave, calling this the “value system of the 21st century.” The audacity it takes to name an era yet to be lived, in this instance, is overshadowed by the awkwardness of the terms they have come up with. (“Sustainist” is even worse than “Sustainism” in that a rushed reader might mistake it for “Satanism.”) 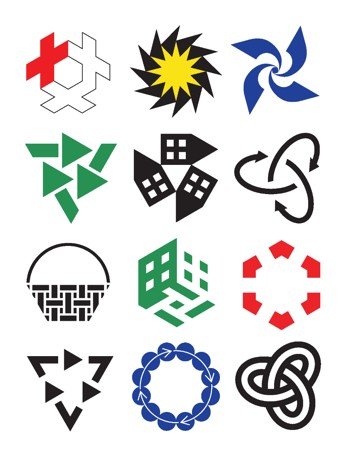 The book is filled with quotes from designers, among others, as well as a large collection of the authors’ newly-coined statements, many of them illustrated by designed symbols. Some pages contain one or a few words set in bold, headline type. The overall production of the book is rather posh, which adds an unfortunate sense of pompousness to the effort. As Allison Arieff wrote for Good: “it’s hard to justify a book that consists solely of colorful symbols and logos, and over 100 pages of lite aphorisms such as these: Local x Global=’Glocal’ and Sustainist Inclusiveness Gives Voice to the Other & the Indigenous.”

I am a lover of words, and I’m drawn to books that celebrate them. I confess that I’m a die-hard advocate of sustainability, green, sustainable or green design, whatever you want to call this world-shaping movement with an annoying non-descriptive name. I really wanted to like this book or at least admire its authors’ courage to take on, and untangle, some of our time’s most problematic words. But I am disappointed in the result, to say the least. After wading through 240 pages of symbols and quips, I found myself awash in a peculiar mix of earnestness and hubris. I guess we’ll stick to our unsatisfactory terminology for now…

Kira Gould, Assoc. AIA, LEED AP, is a writer and director of communications for William McDonough + Partners. She is co-author of Women in Green: Voices of Sustainable Design. Follow her on Twitter.