The Future of Architecture, According to North Korea

A design for the Bird’s Nest Villa, one of several illustrations exhibited at the Korean Pavilion in Venice

There’s good chance you’ll never step foot in North Korea, which isn’t the same as saying you can’t. Interest in the socialist state is increasingly high, a fact reflected by a rise in tourists eager to discover the sites and spectacles of Pyongyang. Nick Bonner, founder of Koryo Tours, has been bringing visitors to the Democratic People’s Republic of Korea (DPRK) for over two decades. He recently curated a small exhibition in the Korean Pavilion at this year’s Venice Architecture Biennale.

For “Utopian Tours” Bonner commissioned designs from an unidentified North Korean architect, asking him to envision a whole new infrastructure for accommodating larger and larger groups of tourists. The resulting hand-drawn illustrations are fascinating: the future of architecture—at least in North Korea—looks a lot like yesterday’s future, where tourists travel in hovercraft RVs, and workers live in ziggurat-shaped hotels inspired by mountains and trees.

Metropolis asked the trained landscape architect to give us a tour inside the present architecture scene of one of the world’s most isolated countries today.

Justin Zhuang: Can you tell us about the project you’ve curated for the Venice Biennale? Why did you specifically look at the country’s tourism?

Nick Bonner: “Utopian Tours” was the main exhibition that we provided for the Korea Pavilion [winner of the Golden Lion]. The pavilion was originally designed to provide a space for both North and South Korea to hold a joint exhibition. Koryo Tours have been working in North Korea since 1993, and we use tourism to promote human engagement in North Korea. 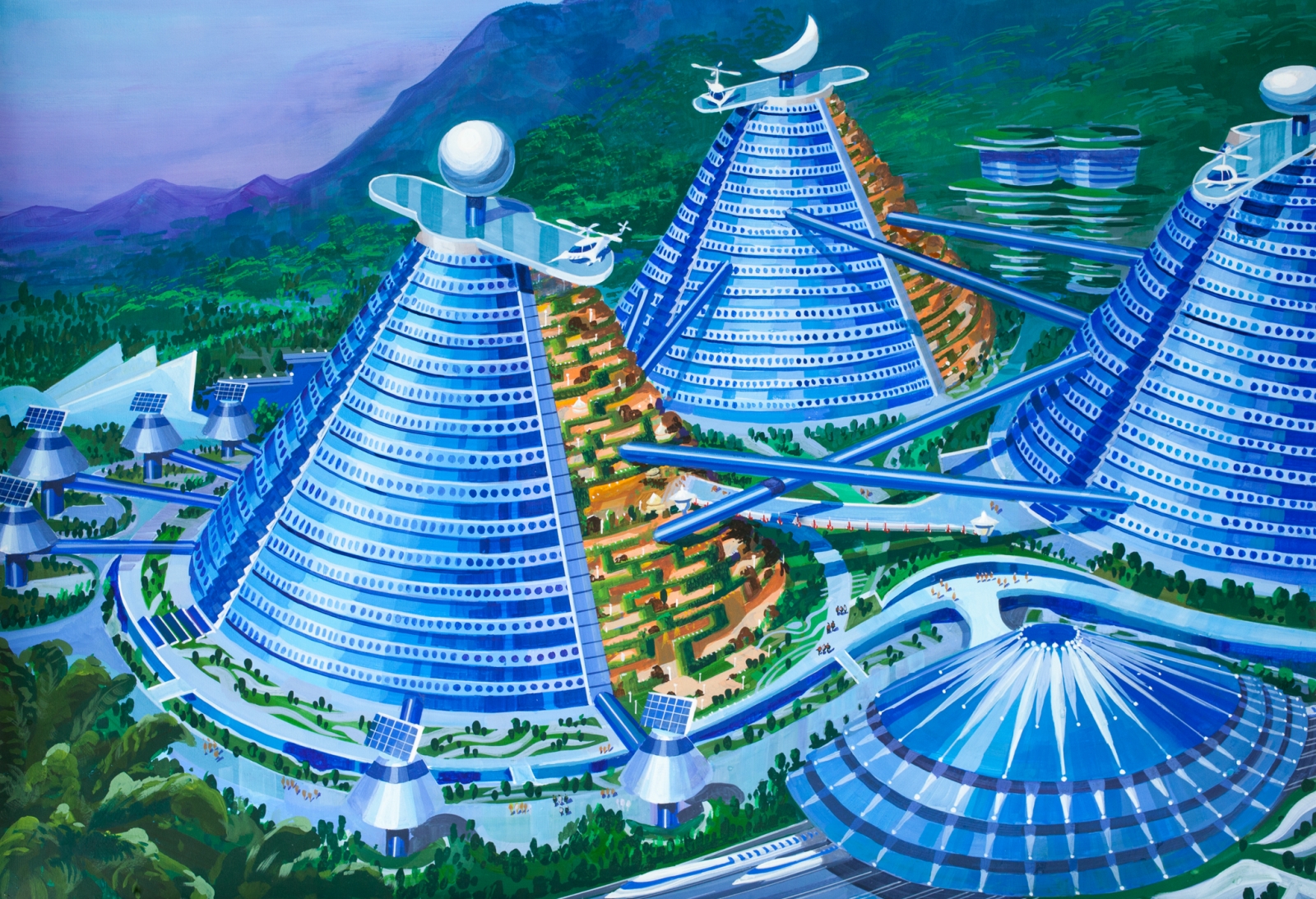 Tourism has allowed us to visit the country over 21 years on a monthly basis, and during this time we have been able to better understand important aspects of life in the DPRK, such as how urban space is used and how people interact with one another. Travelling to the country on such a regular basis, and over such a long period of time, has also enabled us to see the changes that have taken place in the country. Our part of the exhibition is a result of this time spent in Pyongyang; it shows not only how North Korea portrays architecture as belonging to the people, but also how an architect sees the future of sustainable tourism and Korean architecture. 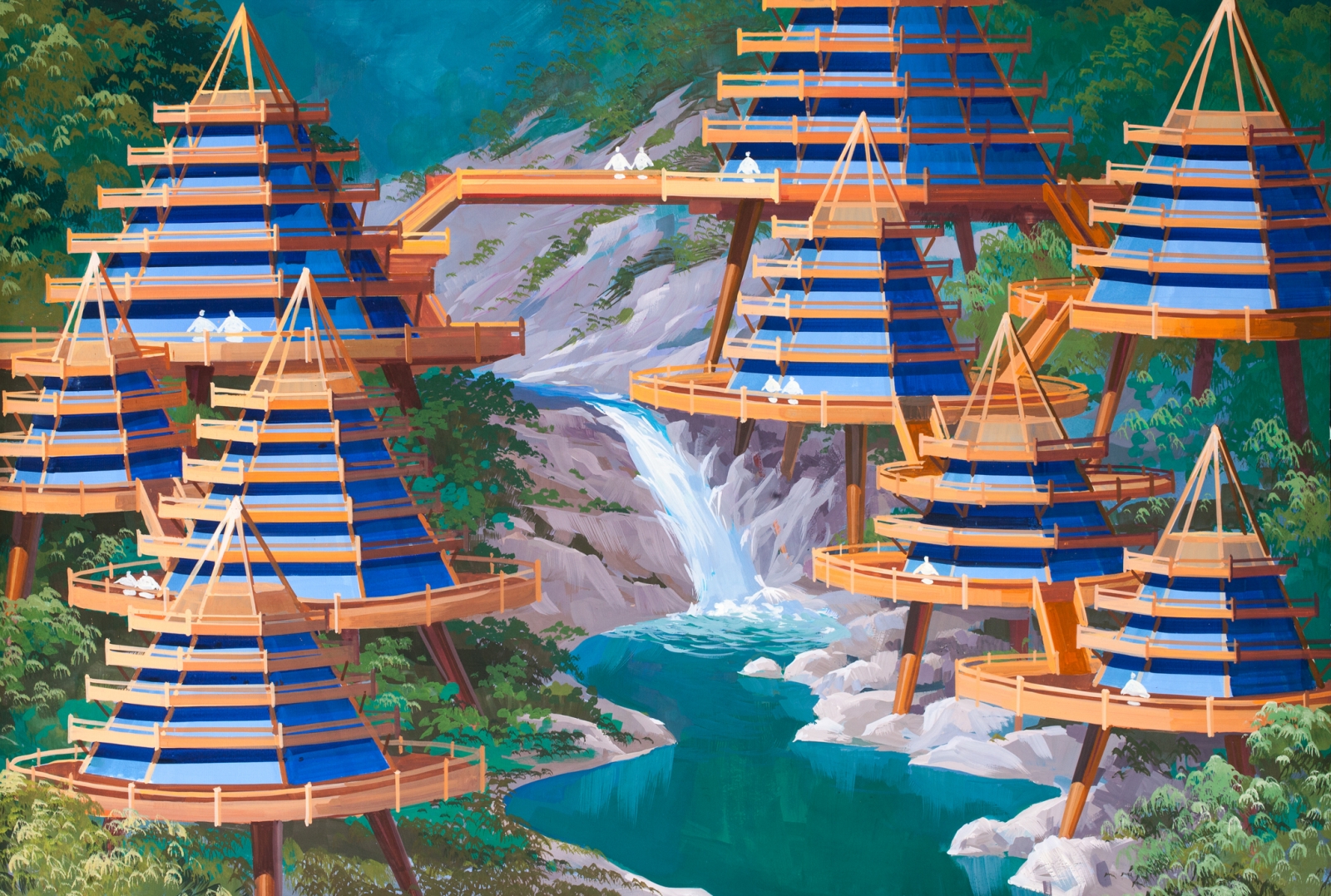 A riverside development at the foot of Mount Kumgang

JZ: The illustrations are notable for their painterly style. Was this aesthetic intentional?

NB: North Korean architects now use CAD, but they are still trained in illustrating the vision of completed buildings in hand-painted style using gouache. I trained as a landscape architect in the mid-eighties, and we used similar techniques (though not nearly as proficiently). When I was a landscape architect in the late eighties, we would commission professional artists and draftsmen to render our designs in exactly the same way. Now, of course, everything is digital.

JZ: The biennale offered a glimpse into the preoccupations and ambitions of North Korea’s architects. Where and how are these architects trained? And what are their primary sources of reference?

NB: The majority of architects are trained at the Pyongyang Construction and Building Material University in Pyongyang, and all work for the government. As I said before, there are no private projects. The architect we worked with had just started working for an Asian company for a five-year period.

There are several North Korean architects who have studied abroad, most notably in Paris, and this will certainly have an influence. The architects we meet are always interested in seeing contemporary architecture, not only the visualisations, but also the plans and construction methods. 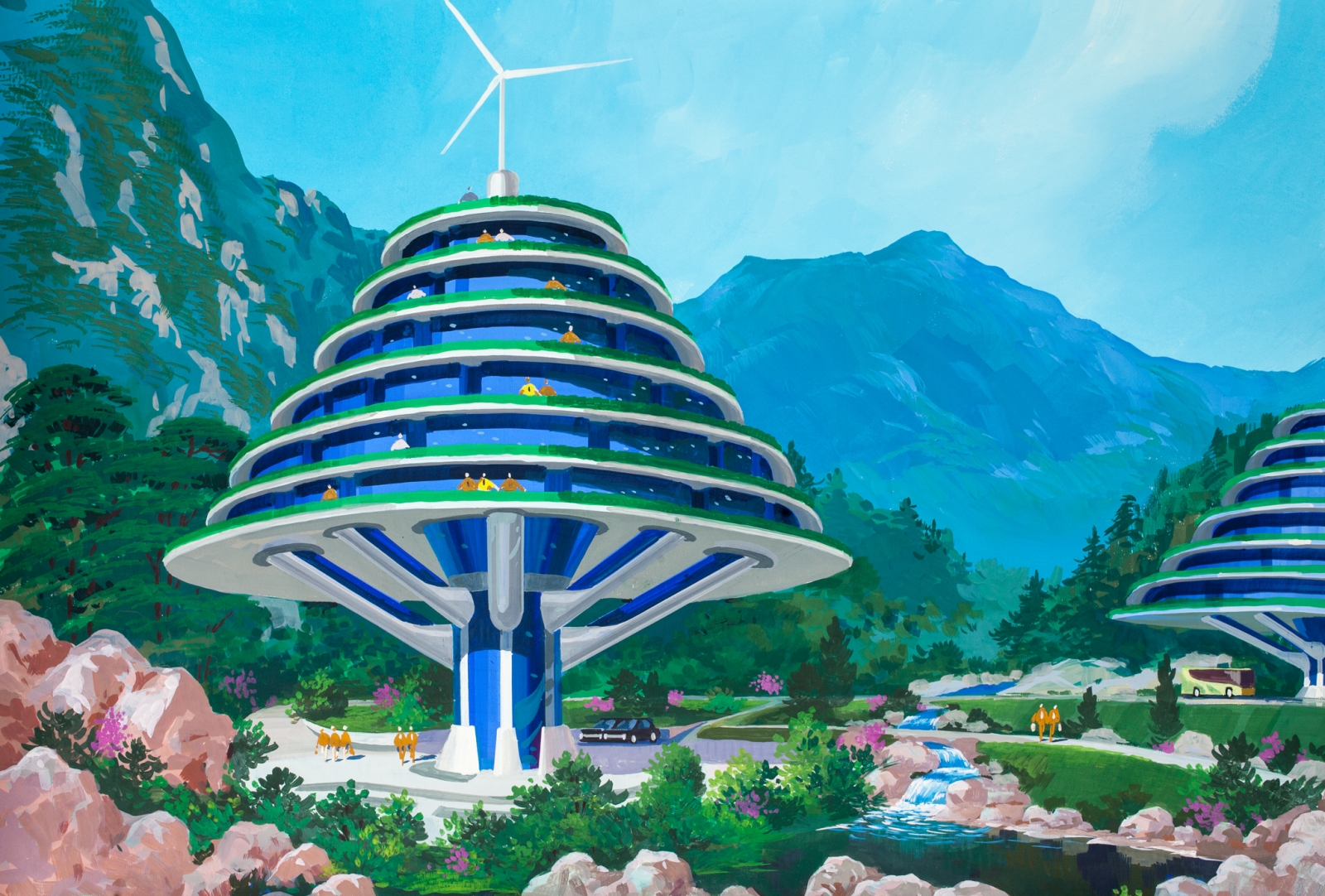 A resort hotel at Mount Kumgang

JZ: How has architecture in North Korea developed over the decades?

NB: The Japanese (who occupied Korea from 1910 to 1945) had a huge influence on architecture in Korea. During the Korean War (1950-53), however, Pyongyang was flattened and post-war Soviet neoclassicism became the dominant style. In the 1960s and 1970s the direction changed again, and buildings with a clear Korean influence and features (such as the Grand People’s Study House on Kim Il Sung Square), or designs that were much more modernist and unique (such as the distinctive Ice Rink), began to appear. 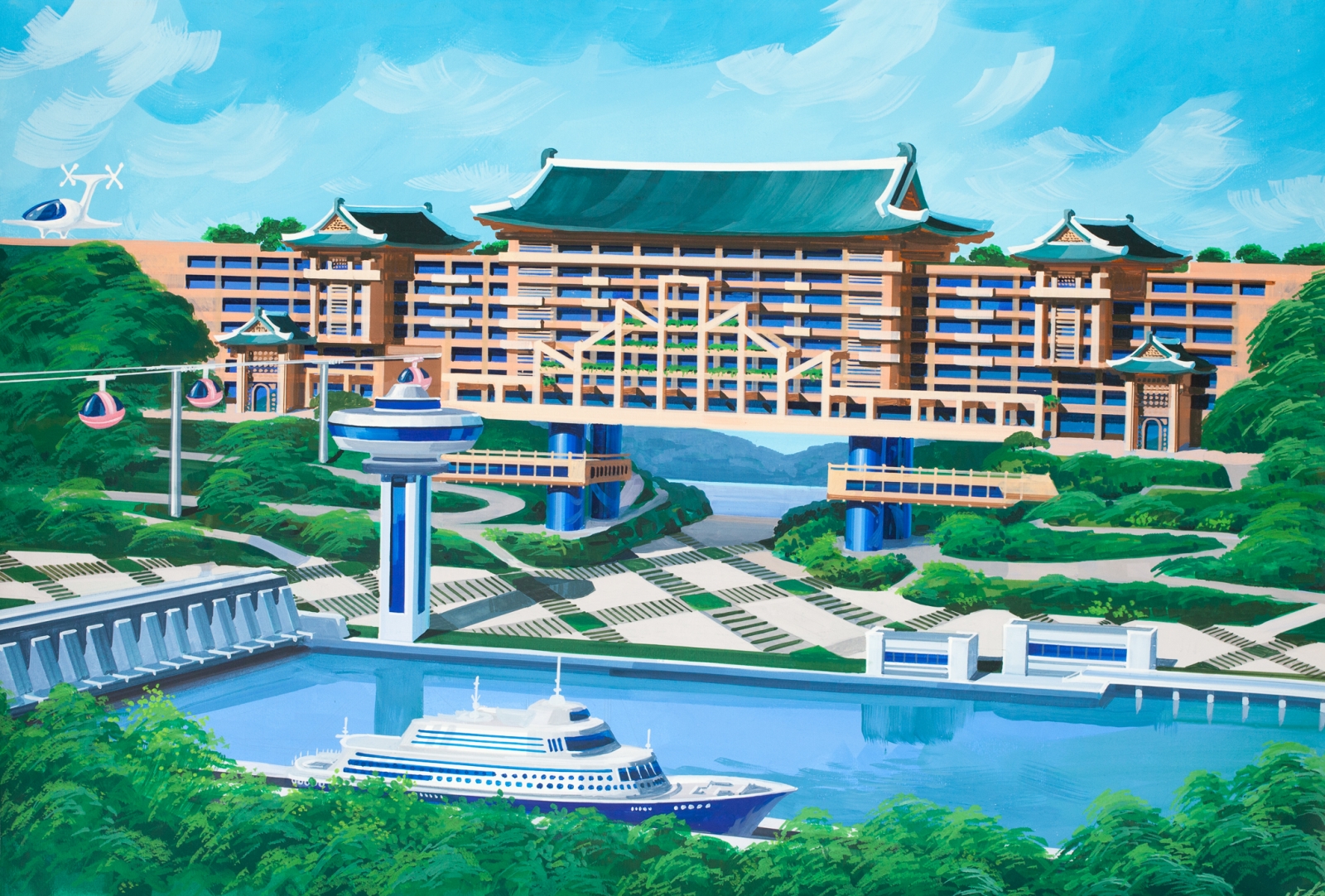 JZ: How would you describe the state of architecture in North Korea?

NB: Every project in North Korea is a government project. There are, however, several foreign projects for which North Korean architects have been commissioned, though these are mainly War Museums, Monuments, etc.

The top North Korean architects work at the Paektusan Architectural Institute and have very limited access to contemporary architecture. When touring the institute you will see a small selection of works ranging from Frank Lloyd Wright’s Fallingwater to Mies Van Der Rohe’s Barcelona Pavilion, as well as a smattering of contemporary skyscrapers. Limited exposure is not necessarily due to government censorship; there is also a shortage of architectural books and magazines that could (and arguably should) be sent from architectural and design institutions around the world. When we take in architecture tours—our next one leaves on Oct 25—we are always asked to bring in a number of architectural books and magazines. 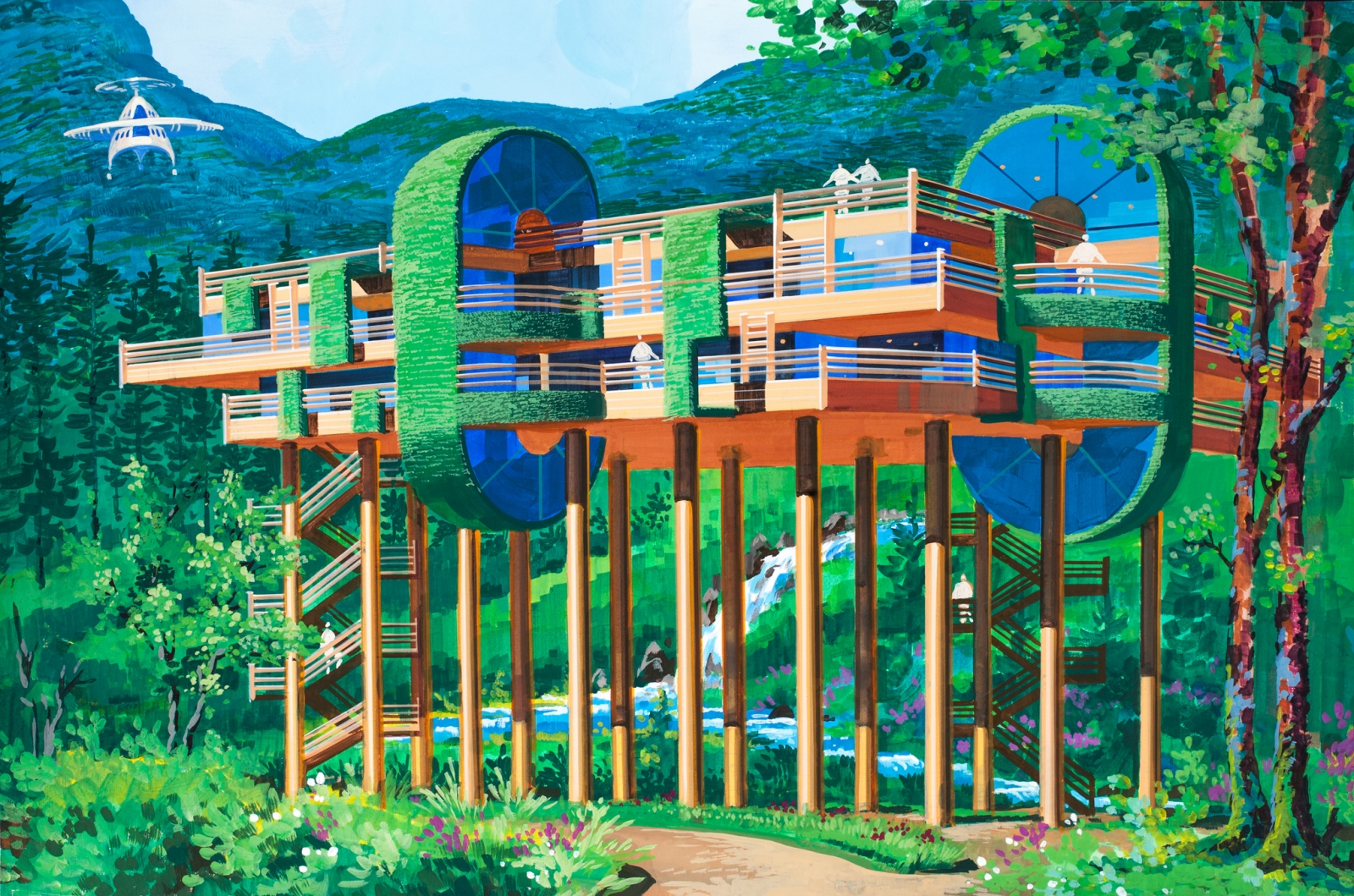 The “Aerial Hotel” gives guests elevated views to the mountains.

JZ: What are some of the biggest challenges facing North Korean architects today?

NB: The greatest limitation faced by North Korean architects is the lack of quality materials and knowledge of modern construction techniques. North Korean architects are limited to working with concrete and steel-reinforcing bars (there’s no possibility of glass-curtain walls and the like), so it is a question of being creative with whatever materials they have at their disposal. 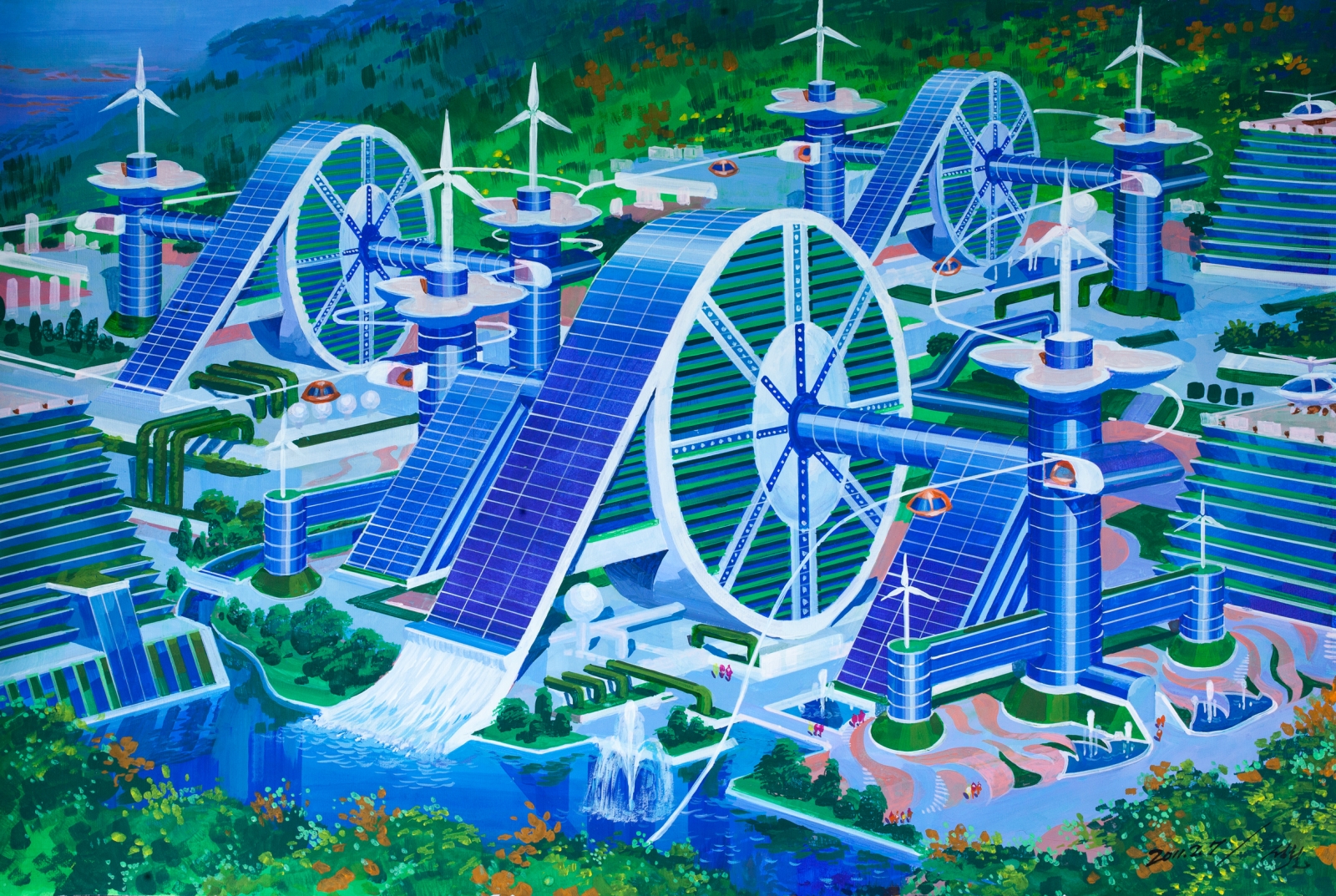 A silk co-operative cladded with acres of PV solar panels

JZ: What are some prominent pieces of North Korean architecture that deserve greater appreciation?

NB: Pyongyang was totally reconstructed following the Korean War—only three buildings were left standing in the city at the end of the conflict. It is, thus, not only individual examples of architecture that are of interest, but also the master plan for the city’s reconstruction as a modern “socialist utopia,” consisting of monumental squat government buildings, Soviet-influenced, brutalist-style apartment houses, landscaped parks and river corridors, and sweeping tree-lined avenues.

There are, nonetheless, certain individual buildings of tremendous architectural merit that must, without doubt, be seen on any trip to Pyongyang. 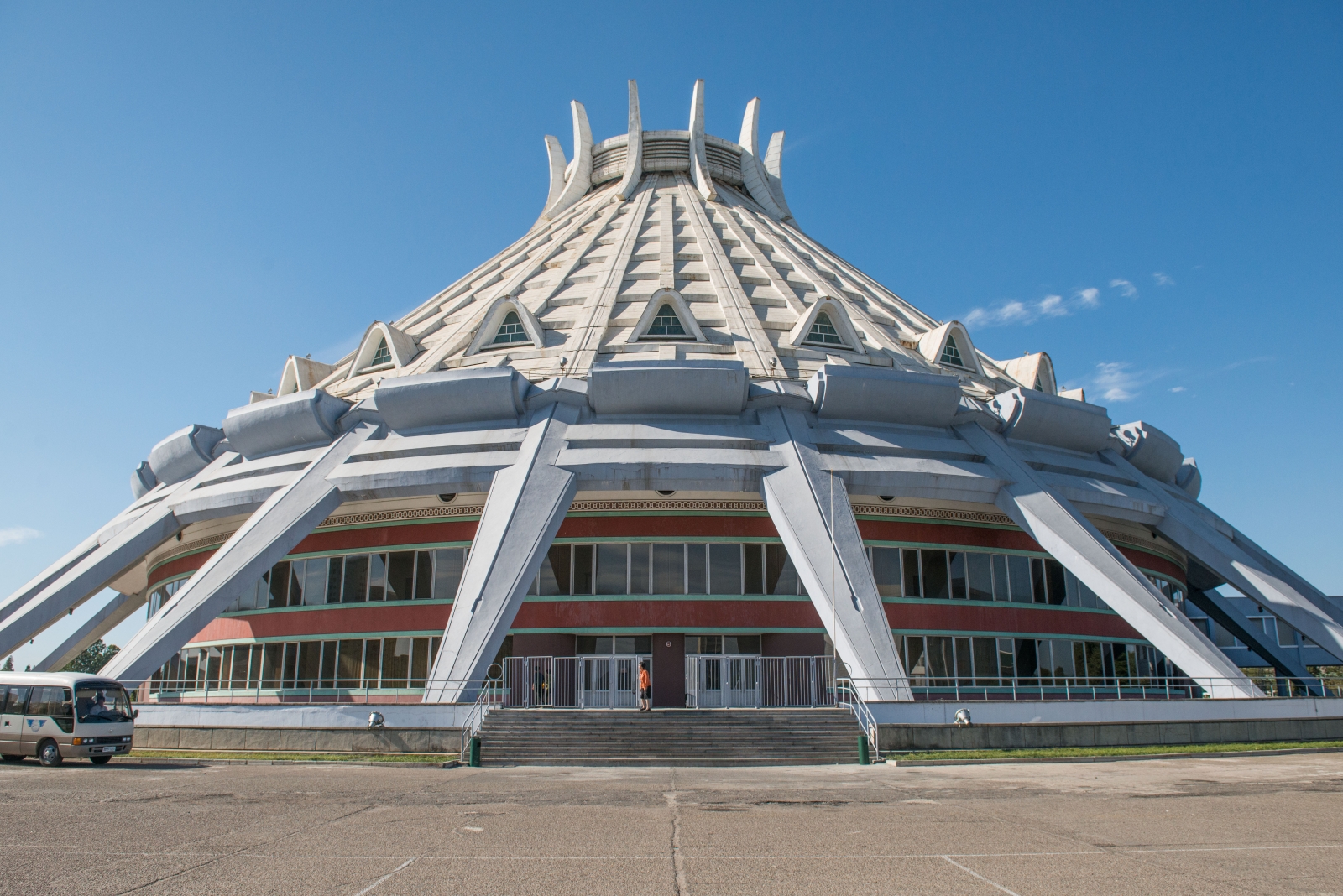 The Ice Rink
“Built in 1981, a conical modernist structure of which Corbusier might be proud” 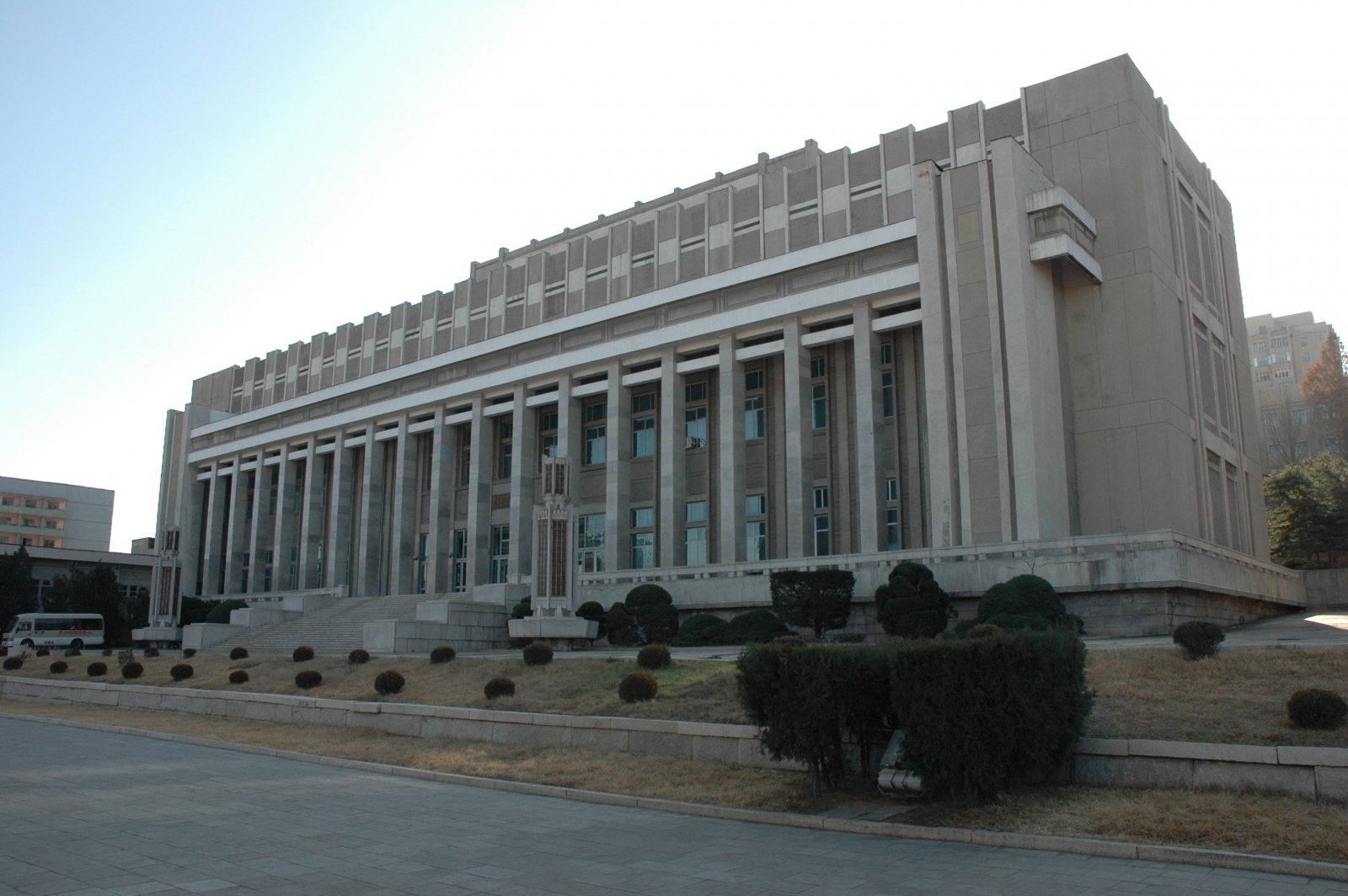 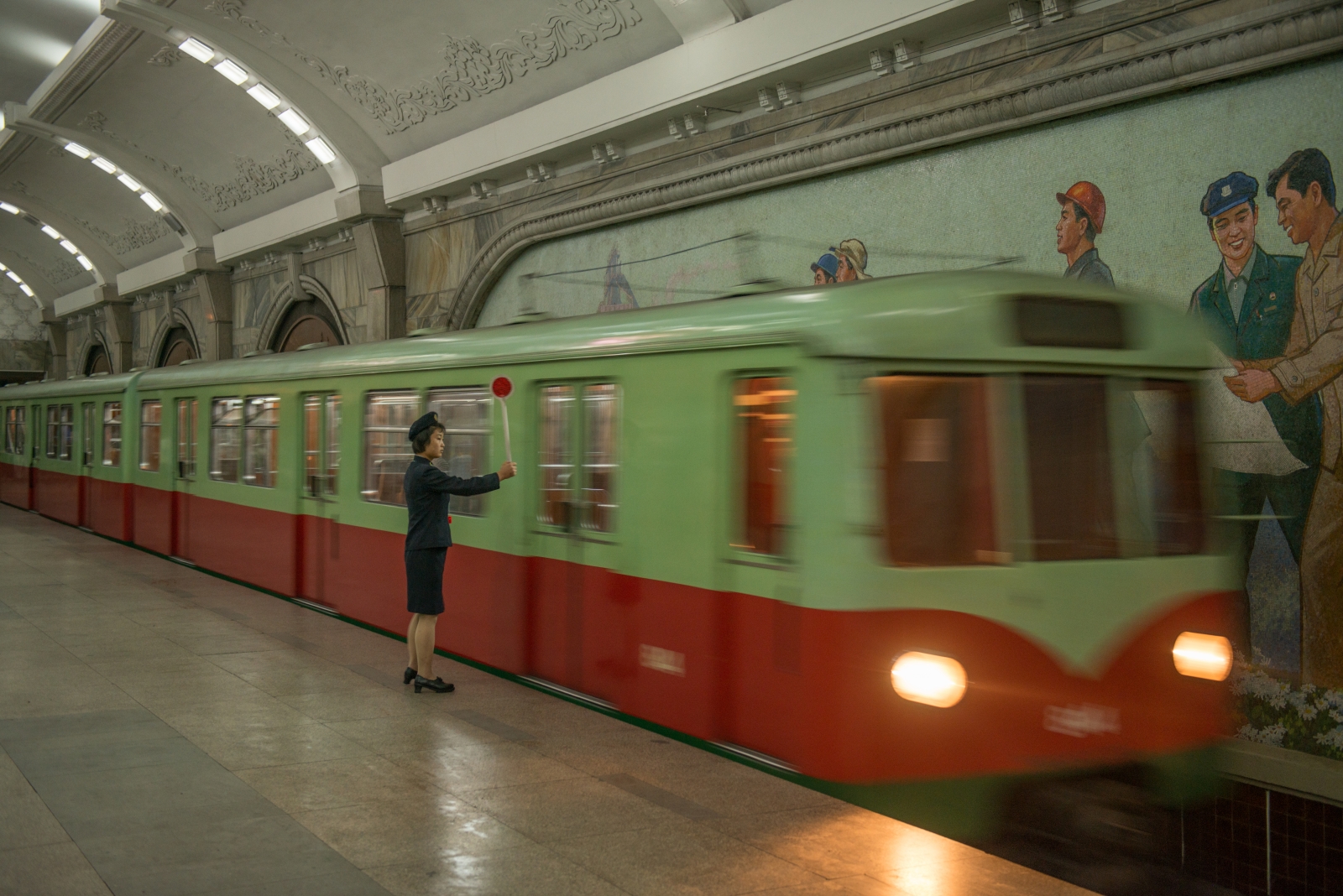