The High Ideals of the Living Building Challenge 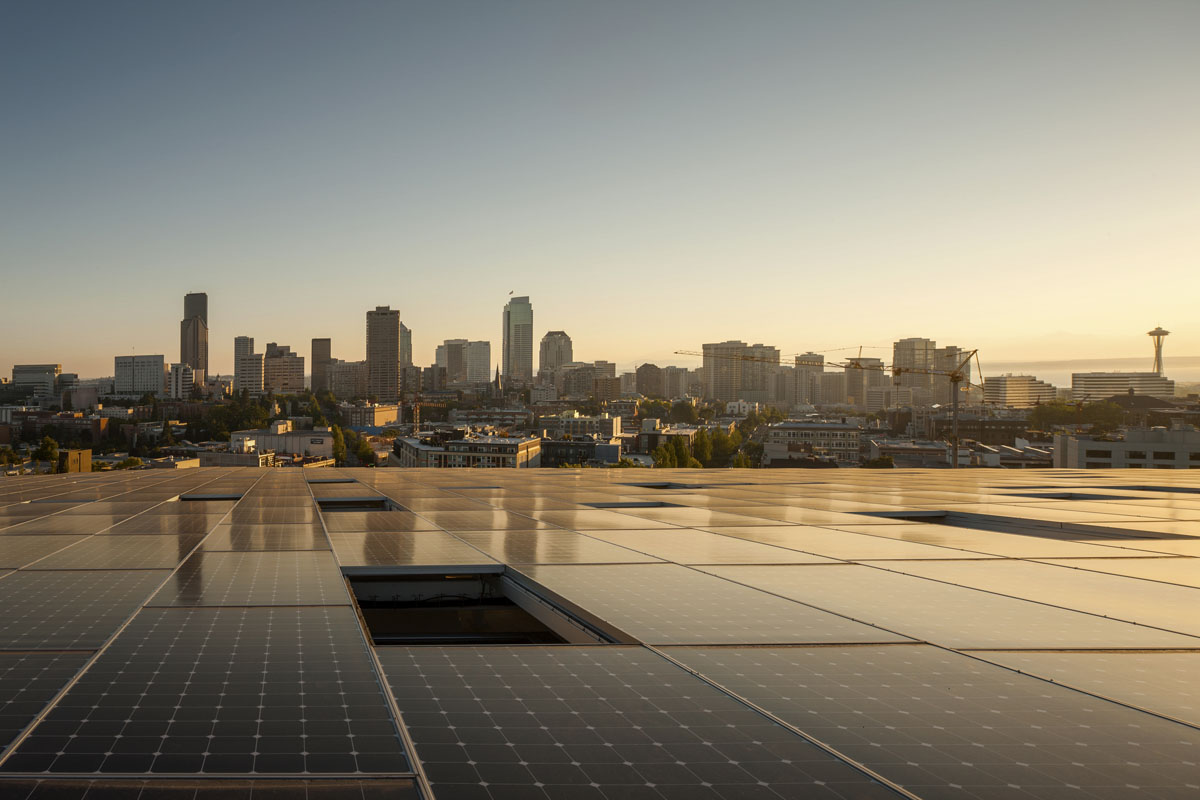 The rooftop of the Bullitt Center in Seattle, a building which McLennan says best embodies the goals of the Living Building Challenge, is completely covered with solar panels.

Our role at the institute is to push the industry as far as possible toward a future where every building is regenerative —where we make positive conditions for life through the act of design. So the way forward is pretty much defined, but how do we scale up? Technically, we know how to create regenerative designs. The Bullitt Center, in Seattle, is a perfect case in point and pretty close to the ideal. Even though it’s not as big as a lot of buildings in Lower Manhattan, it’s still larger than 90 percent of the buildings in the United States. We’ve proved that you don’t need a sewer connection; that you can treat all of the waste from a multistory building through composting; that you can live off the water that falls from the roof of the building; that you can generate all of your energy from the sun, even in the cloudiest and rainiest of cities. And we accomplished this economically with a small up-front premium that will pay off in a much shorter time frame than we originally thought.

This is a revolution waiting to happen. So the real question becomes: Why isn’t it happening? Or, more accurately, why isn’t it happening faster? This is a political and economic question. There are a lot of companies that would like to see green building go away. Why? Their products and services, which are harmful both to people and the environment, will lose market share as sustainable design becomes fully mainstream. This is what was behind the recent legislative attacks on LEED: simple economics and greed. It’s not surprising that the U.S. Green Building Council and LEED are under attack—it means they’re doing some good work. If the chemical industries that make all the toxins that give us cancer weren’t attacking them, I would be worried. If the timber industry that doesn’t want to clean up its act wasn’t attacking them, I would be worried. 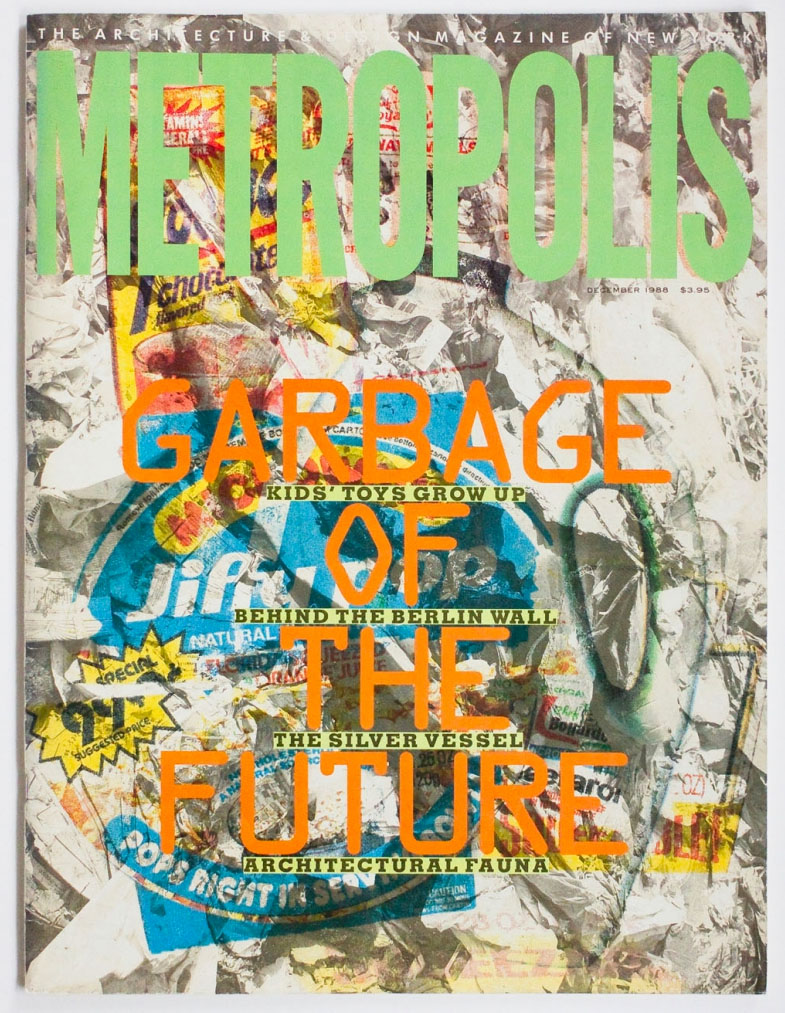 This seminal cover, which looked at the enormous amount of waste created by consumer packaging, marked an important point in the evolution of Metropolis. 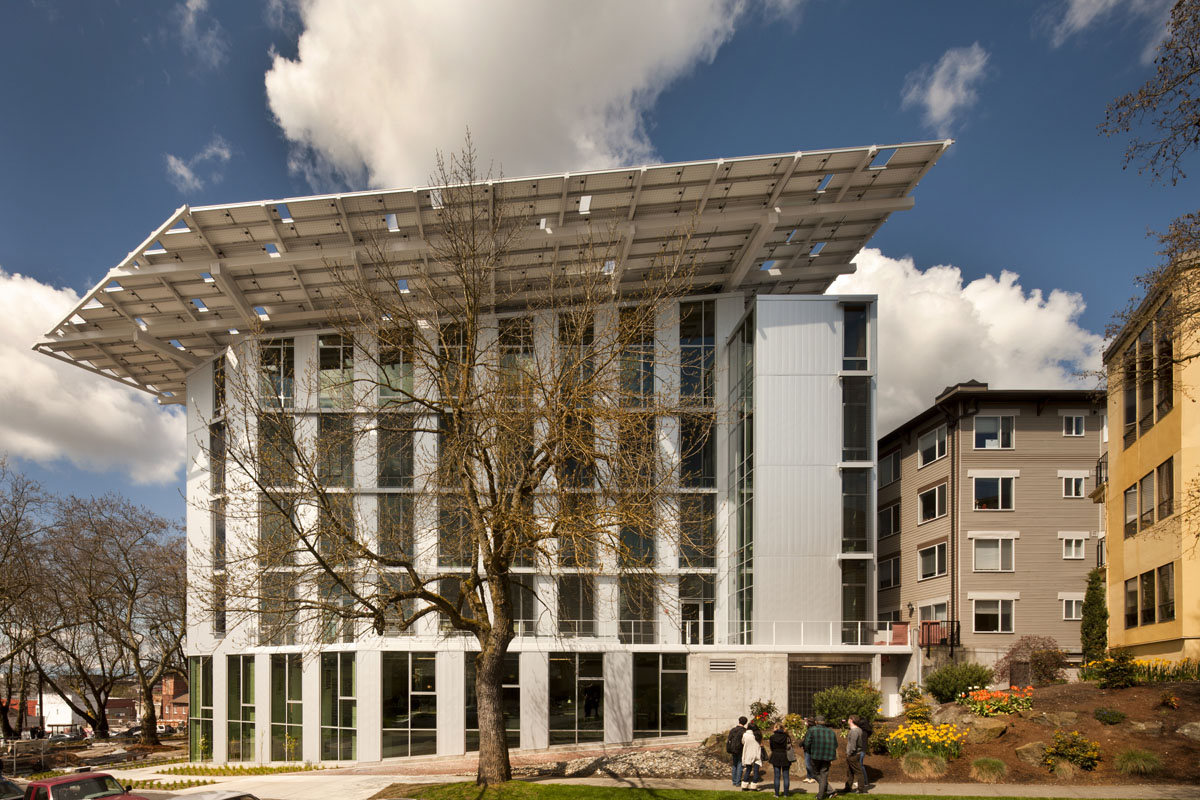 Designed by Miller Hull Partnership, the six-story, 50,000-square-foot Bullitt Center in Seattle satisfies all of its own energy, water, and waste needs. All of these goals were accomplished with a small construction premium that, according to McLennan, will pay off in a much shorter time frame than originally expected.

We need to offer people a different path forward, capturing their imaginations so they demand change. We won’t win with technical arguments. We have to win emotionally. Buckminster Fuller once said that you can’t replace an obsolete system with something inferior to the current paradigm. You have to replace it with a better party. So as long as green was ugly, we were never going to win. As long as it was less comfortable, we were never going to convince anyone but the die-hards.

The new way needs to be cleaner, cheaper, easier—all those things—but it also needs to be more inspiring. That’s why the Living Building Challenge was the first green building system to incorporate “beauty” into its structure, because we recognize how important the emotional connection is to place and culture. There’s always so much focus on measurable issues like energy use, which is crucially important, but it shouldn’t be at the expense of beauty—in exactly the same way that it’s wrong to sacrifice energy performance in the name of beauty. We need both as high ideals.

There are fundamental questions we ask with every project. Is the building worth protecting? Is it worth the input of energy and materials to create it? When it’s completed, will it make people’s lives better? Will it inspire us to be better people? We have to answer these questions and offer powerful, positive connections and stories, so that we can counter and eventually defeat the forces of inertia clinging to the status quo.