TheTake Turns Your Favorite Show into a Shopping Catalog

 New York–based start-up TheTake has a new way for us to consume films. 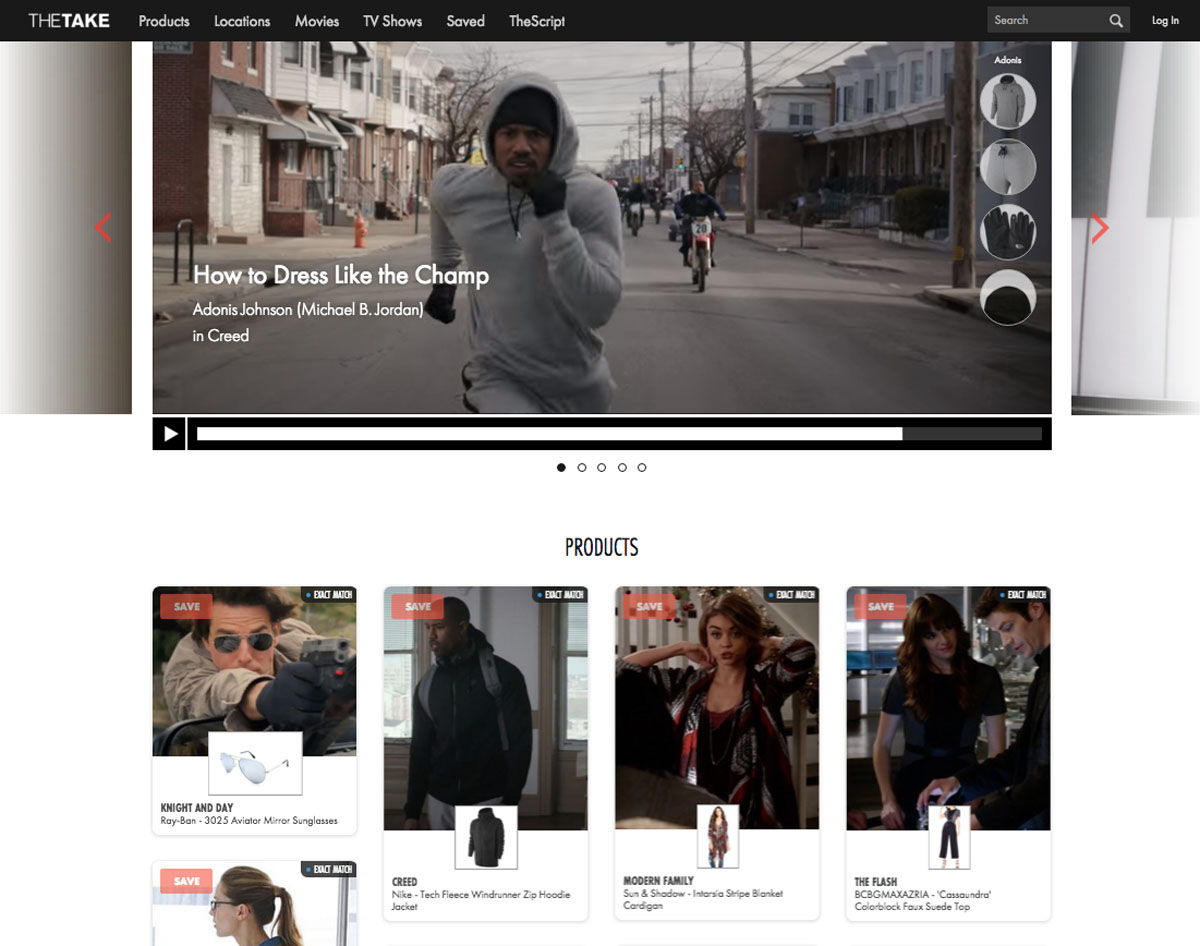 TheTake allows users multiple points of entry into the world of shoppable media. Featured videos on the site promote specific products from films, such as Adonis Johnson’s running outfit in Creed.

For anyone who has ever watched an actor in a movie and thought, “I wish I could dress like that,” TheTake is a godsend. The online platform and mobile app, which launched in 2014, doesn’t just allow users to shop for on-screen clothes and accessories—it also identifies pieces of furniture and shooting locations. About a half million people check in every month to find out how they can get things like the sofa that James Bond sits on Spectre (it was sourced from California-based Abbyson Living) or vacation in the desert locale featured in The Martian (it is Aqaba, Jordan, not Mars).

Last year, TheTake added TV series to its list, and in December it announced its latest coup: Bravo Media launched a site called LookBook that is powered by TheTake and allows users to buy products from its shows. “Shoppable TV is definitely coming to a boil right now,” says TheTake CEO Tyler Cooper. TV viewers today are used to browsing for clips on video sites, and shoppable videos have proved to generate five times the revenue of advertisements. TheTake’s simple code makes it easy for networks and studios to access the technology. “So, in short, the timing is right, the economics pay out, and integration is simple and completely turnkey,” Cooper says. “It just all makes sense.” 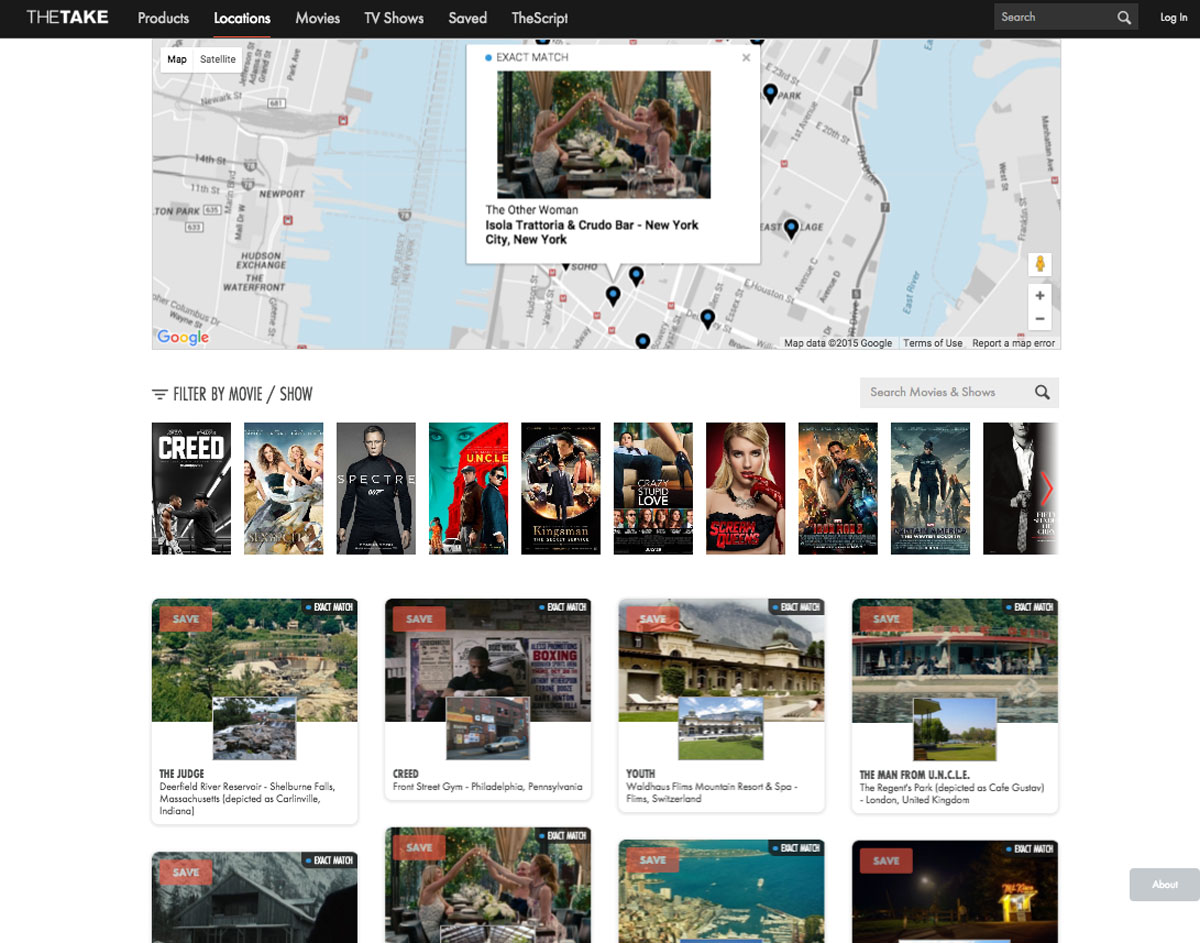 Visitors can hunt for products or locations that they remember seeing on screen, or they can browse through the site’s collection of 300 films and TV shows. 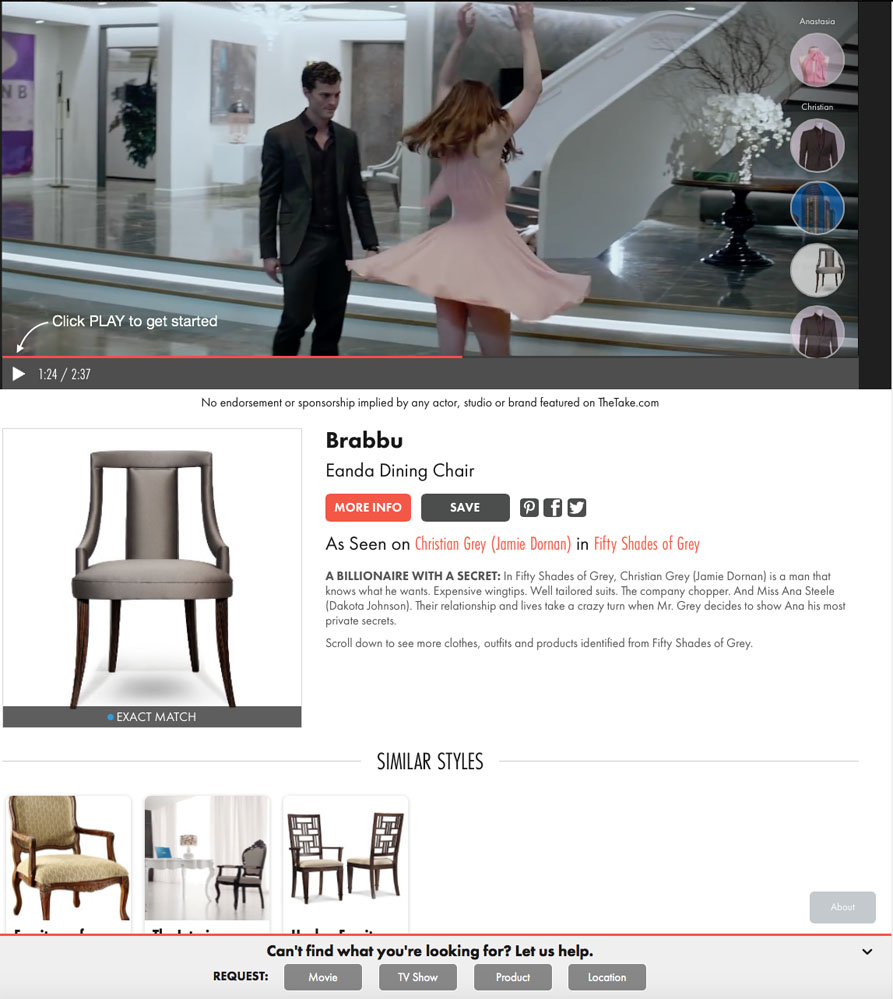 A new design for TheTake’s video experience brings up “product bubbles” for objects as they appear on the screen, so it’s possible to track down blink-and-you’ll-miss-it details like the chairs in Fifty Shades of Grey. 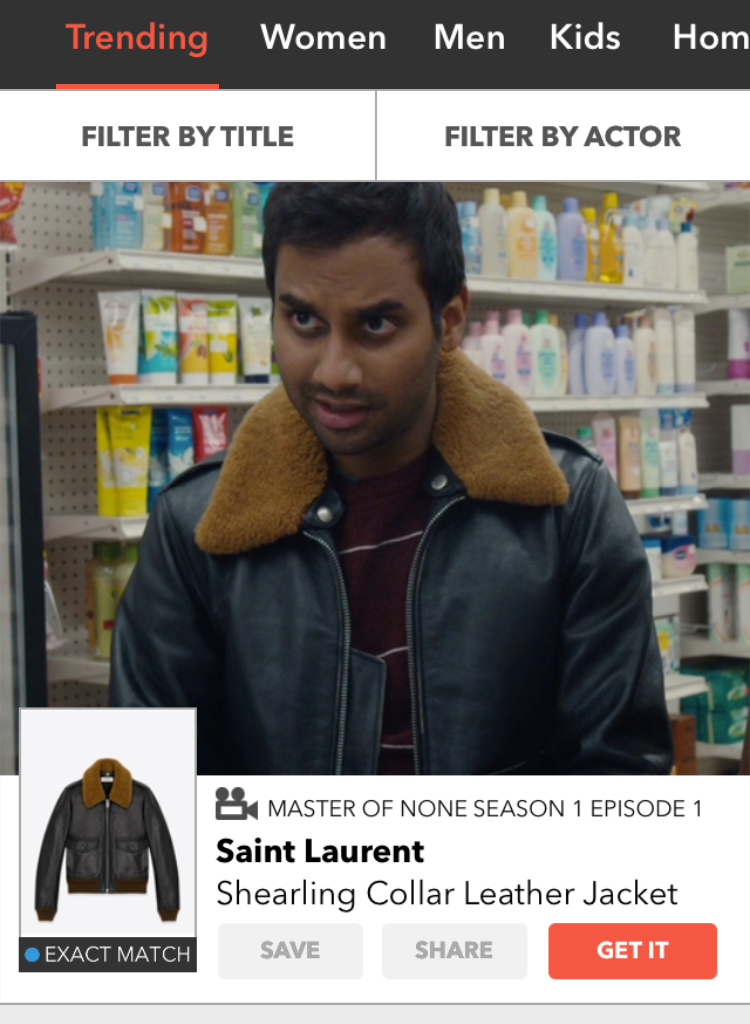 The app, which has had almost 200,000 downloads, highlights popular items from trending TV shows like Master of None.