This Must Be a Turning Point: Anna Minton on Housing Post-Grenfell

In the wake of London’s devastating Grenfell fire, we speak to author Anna Minton about the future of housing in Western cities.

When Big Capital, Anna Minton’s comprehensive and eloquent analysis of London’s housing crisis, was first published in June 2017, it was a vital and urgent polemic. Yet since fire ripped through the cladding and community of the Grenfell Tower in West London a month later, it has taken on an even greater significance. The Big Capital explores the impact of globally mobile capital on urban populations from London to Portland, dissecting the crisis we are in and pointing to some possible routes out. Metropolis contributor George Kafka spoke to Minton about London post-Grenfell and the role architects and activists will play in making better, safer cities for all.

George Kafka: Your approach in the book was really interesting. It covers such a broad range of people that live in London, from the evicted residents of the Heygate Estate in South London to the so-called alpha citizens of Knightsbridge. I was wondering why you chose to approach the issue in that way?

Anna Minton: What I’ve been trying to argue in the book is that the housing crisis affects everyone and it’s connected to everyone. One of the problems—and one of the political strategies politicians have fostered—is this idea that the housing crisis stems from separate sets of issues. What I’ve been trying to say is that all these aspects of the housing crisis, whether it’s acute lack of housing for people in the lower incomes, whether it’s paying over 70% of your rent even though you’ve got quite a good job and quite a high salary, or whether it’s not being able to buy a home because you can’t afford the huge deposit, whatever it is, it’s all connected. Another point I’m trying to make is that the increasing inequality, the huge influx of great wealth at the top, is actually connected to the lowering income level at the bottom and the proliferating poor conditions at the bottom. It’s all connected.

GK: What would you say are the most important lessons in the book for other cities?

AM: There are very similar trends at play in Manhattan, where investors come in and purchase properties. They don’t even rent them out. They just want rising property prices and they want the land value. The are similar pressures on extreme gentrification in cities like San Francisco, Portland. Lots and lots of American cities are facing this same sort of churn, with investment coming in, the nature of the city changing, prices going up.

London is actually a particularly extreme case. We have more billionaires in London now than New York. It is the location of choice for ultra high network individuals, and one of the reasons for that is very low corporate tax rates, and actually a whole load of tax breaks. In many respects London is more deregulated and even more appealing to any investment from anywhere. The same trends are definitely at play in North America, we’re just particularly extreme here.

GK: You talk about a global housing crisis, but do you think there are any cities that are doing it right? Or places we could learn from?

AM: I do point to some European cities, and they have a much more regulated form of social democracy. They regulate their real estate markets. In Berlin, for example, 90% of all housing is private rented housing, and rents are so, so, so much lower. This phenomenon of paying more than half your income, even two thirds of your income, would be unheard of somewhere like Berlin.

In Vienna 50% of all housing is public housing, and it’s not stigmatized like the American projects or some so called “sink states” in the UK. It’s some of the best housing in the city. But translating that cultural heritage, if you like, to the more sort of Atlanticist economy, which Britain shares with the US, it’s almost impossible to see how that would happen. There hasn’t been that same culture of really nurturing public housing in the US.

GK: Since the publication of the book there was this terrible fire at the Grenfell Tower, which has brought issues around housing to the forefront more than I’ve ever seen. What do you see as the most important issues that need to be addressed going forward?

AM: I think it was one of those iconic national moments, a bit like Hurricane Katrina, where suddenly the TV screens worldwide were filled with images of people that no one had really realized actually lived there. Certainly for us with Hurricane Katrina, and I’m sure American audiences looking at pictures of Kensington, one of the richest parts of London, one of the richest parts of the UK, of the world you know, this disaster which is more akin to something one would expect in a third world slum. People couldn’t believe that they were seeing this. It was just a complete shock that this could be happening in the richest part of the world. In terms of the housing crisis, housing has been right at the top of the agenda. I mean, it was the London mayor’s main policy platform. He claimed he was going to deal with the housing crisis, but actually there’s been total paralysis in government. Local government just did not know what to do. Kensington & Chelsea council, the local authority, have had their housing responsibilities taken away from them. National government didn’t know how to deal with it. It was a complete institutional failure.

The only thing happening on the ground was the community response. I mean, my take on it, what happened there was a complete failure of government accountability. The difference with Hurricane Katrina is that this was predicted, and that’s really, really tragic. The local action group had repeatedly warned that a catastrophe of this nature was going to happen, because safety standards were being flouted in that block. 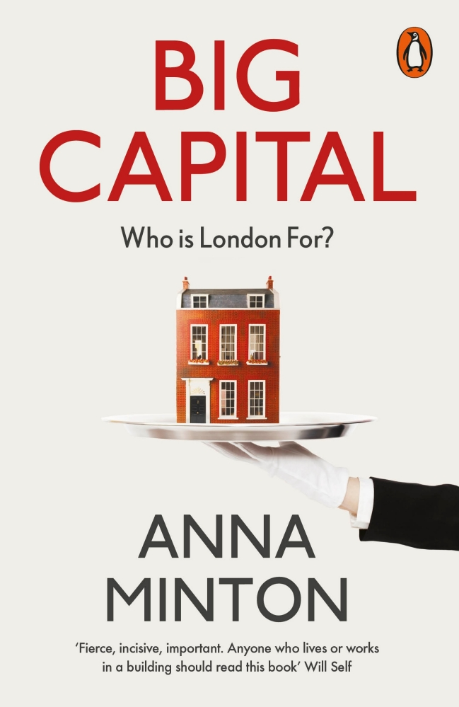 GK: Would you say we are at a turning point now in the UK for housing?
AM: I hope it becomes a turning point. You saw in Kensington that local community storming the council. All these housing estates all around London are earmarked for demolition, and local communities are so against that. It has got to become a turning point. The key problem is that Labour councils are promoting this agenda [of demolition] as much as Conservative councils.What I’m hoping is that Jeremy Corbyn has has so many battles to fight that he hasn’t yet wanted to take on those labor councils and challenge the London mayor, who similarly has not shown any sign of backing local communities here. I hope that Jeremy Corbyn will start to address this issue. If he doesn’t, then I think there will be real anger over it.

GK: In the book you talk a lot about the work of community and activist groups such as Focus E15, 35%, and the residents of the Aylesbury Estate. How important will the work of activists be for the future of London?

AM: Really, really important. But I think one of the problems is that a lot of the struggles are quite localised. So they have really effective campaigns to save one estate, but ultimately councils have huge amounts of resources. They spend loads of money on massive legal teams. Local community groups have no money. They have to spend all their time, 24 hours a day, fighting these things. They don’t have the opportunity to coordinate London-wide or even nation-wide networks, and I think they need that coordination to really bring it together. So they’re really important, but I think they need to go one step further.

I think the group that’s really emerged in the post-Grenfell context is the Radical Housing Network. They seem to be the strongest voice out there at the moment, and they have a development worker, so they have an employee. I mean, just one, but without someone actually paid to coordinate this sort of thing it’s very difficult to get it off the ground.

GK: How do you see the role of architects in the current system, and do you think the industry could do more to work towards a system of housing?

AM: That’s the question that I get asked quite a lot. Kate Macintosh, who is an architect I mention in the book, who designed Dawson’s Heights in South-East London, said that if architects feel that they’re not getting work which is in keeping with the reasons why they wanted to practice architecture, they should think about doing something else. In some ways my conclusions weren’t that dissimilar, you know? I mean, I was a journalist for quite a while. I found it really hard to work for some of the newspapers I worked for, so I stopped doing that. Whichever sort of neo-liberal institution you work in, you’re going to come up against these pressures. That said, there are practices which vary enormously, and each architect will make their own choices. I mean, I’m program leader on a course at UEL called Reading the Neo-Liberal City, and I have quite a few architects who want to come and do the course because they find themselves frustrated in their practice.

GK: That statement from Kate Macintosh—she’s talking very much from an era when councils had so much more power to be able to build their own power and money. AM: Ted Hollamby, who was the lead architect in Lambeth, used to say something like, “Architecture is a social art.” Then, each council had a lead architect; the London County Council had a lead architect. None of that stuff exists now. It’s all developer-led and the architect basically does what the client, the developer wants. I imagine that it’s a similar scenario in North America, so the role of the architect is greatly diminished. I think architects have to go in it with their eyes open, but hopefully it’s going to change, and there are practices which try to do work in the gaps. There’s groups like Assemble who manage to do that. Architects are reaching their tipping points as well. I mean, even architects can’t afford to live in London.