After a series of successful projects with major American manufacturers, the designer has been invited to kick off 2017 with the Das Haus installation. 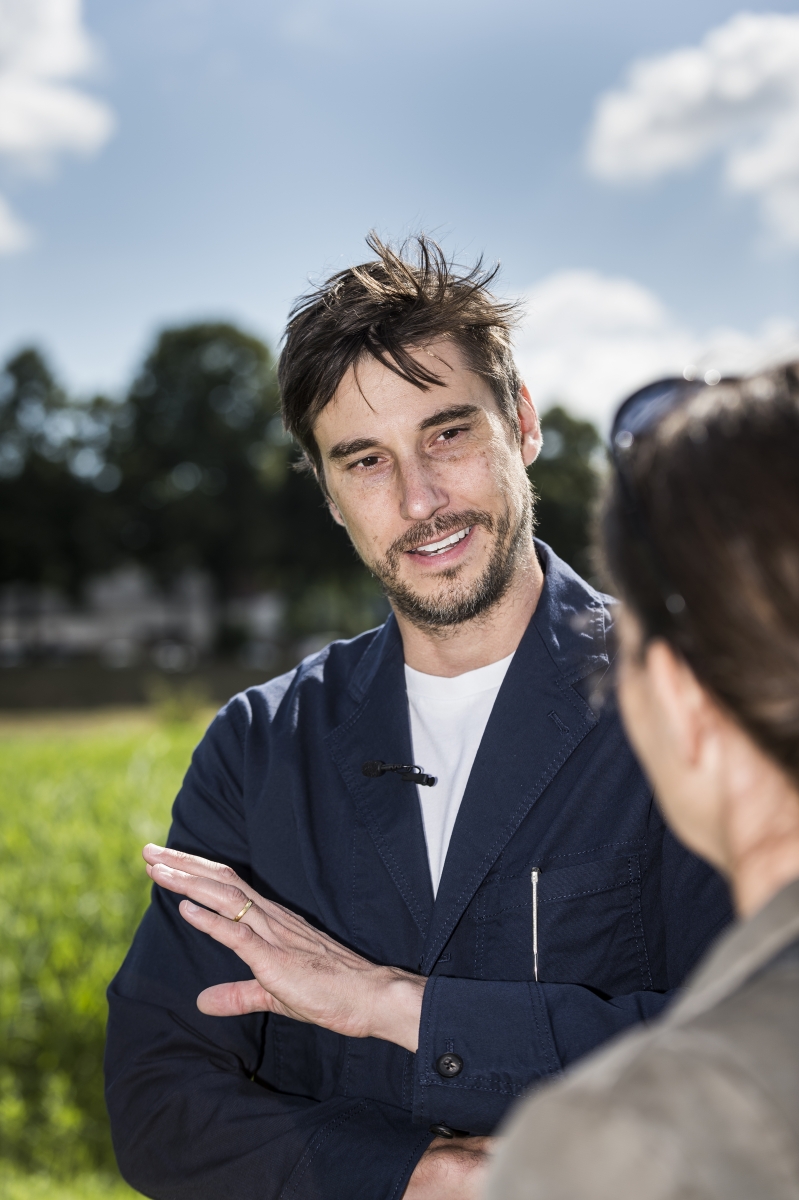 Brooklyn-based designer Todd Bracher expresses his philosophy of essentialism with the concept for the 2017 Das Haus installation at the imm Cologne fair.

A new kind of American dream house will be the centerpiece of the imm Cologne interior design show in January. The 2017 edition of the annual Das Haus series—a simple, one-story structure composed of two rectangular rooms with a large, moonlike lighting fixture capped by a floating roof—seems more Japanese in sensibility than what most might associate with the American aesthetic. And that’s how Brooklyn-based product designer and design strategist Todd Bracher intended it to be.

Because Bracher is the first American to be invited to take on the prestigious commission for the 67-year-old international design trade fair, the organizers challenged him to translate the “American perspective” into a 2,150-square-foot model. “For me it’s an odd proposition and a difficult one,” says the 42-year-old designer. Bucking the proclivity for overstuffed rooms and other expected touches of Americana, he conceived a compact dwelling that serves as a symbolic and functional antidote to the grueling, fast-paced life of urbanites in the United States. “Life today is just too much. Even to find some quiet for a phone call, it’s very, very difficult,” says Bracher, who has his hands full with a thriving design practice, a toddler, and an infant. “The idea of wanting to push everything away is where Das Haus comes from.”

Bracher also wanted to advance the concept of “open-plan living” that Americans are still obsessed with. Instead of rooms, he designed a structure with three multipurpose functional zones for bathing and washing, rest, and sustenance. The hygiene zone is designated outside the house; and a subterranean rest zone is meant for sleep, daydreaming, reflection, quiet thinking, and meditation—or activities to help with “processing your day,” he says. The biggest area, called the “sustenance house,” is dedicated to nourishing dwellers. There’s a kitchen to feed the body, and the built-in bookshelves along the walls serve as a library to cultivate the mind. “We wanted to blur the lines—food, education, spirituality—it can happen in the same space,” he explains.

There won’t be a lot of furniture in Bracher’s Das Haus, which is a rather strange idea for a furniture expo. Bracher says he got full support from the organizers, including imm Cologne creative director Dick Spierenburg, to flesh out his design philosophy of “essentialism”—a belief in including only the absolutely necessary furniture and meaningful objects in a space. He explains that there will be special chairs in the rest zone to foster calm and a large communal table in the sustenance zone bearing meaningful objects donated by his friends and colleagues. 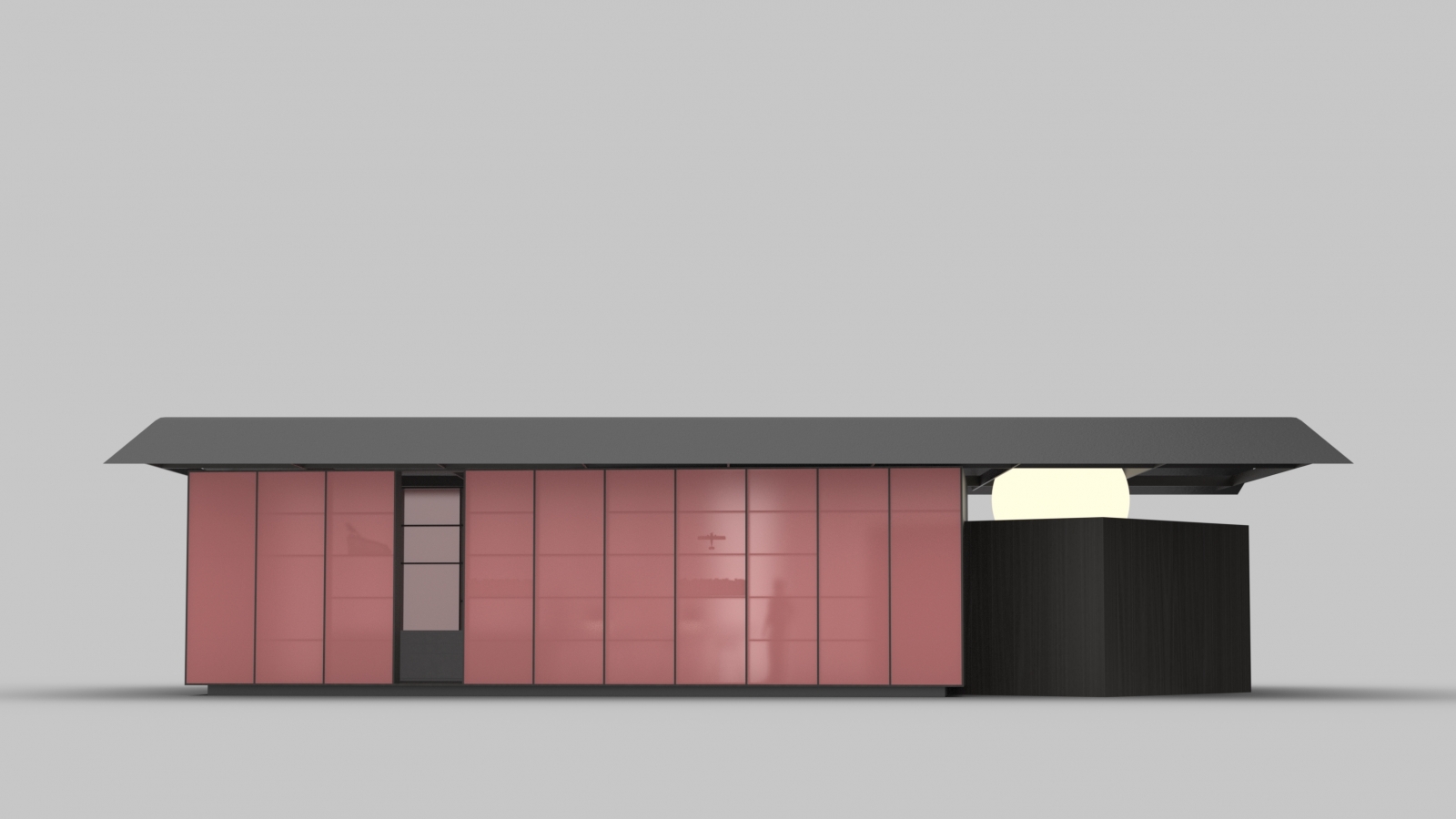 The installation consists of simple volumes that reimagine the conventional rooms in a home as three zones for dining, rest, and hygiene.

But don’t call Bracher a minimalist. “This is when I get upset,” he says. While he scoffs at store-bought, dust-gathering bric-a-brac whose only purpose is to fill a nook, Bracher also rejects the idea of taking things away just for the sake of aesthetics. “Essentialism is about having what you really need. You might need a million things in your life, and that’s fine,” he says, expounding on his principle of “irreducible complexity.” He included the large moonlike lighting fixture in the Das Haus installation, for example, because he felt that the building “needed it.”

Das Haus caps a busy year for the sought-after designer and his unique design practice. Much of their work is behind the scenes these days, explains Bracher. His studio’s multidisciplinary team of industrial designers, color experts, anthropologists, and branding experts—called upon depending on the nature of the assignment—provide services such as product branding, art direction, and industry intel reports. “We’ve never been as busy, but we’re not very visible—by design,” he says. “It’s stuff you can’t photograph, but it’s helping shape the industry.”

Aside from his consultancy work, Bracher and his team are also working on a series of projects that bring the kind of fresh thinking he applied to Das Haus to the work environment. Following the Red Dot Award–winning Trea chair for Humanscale, Bracher has been contemplating smarter solutions for collaborative work in a modern, open-space office. He is developing new office systems for a major manufacturer and an elevated version of the ubiquitous monoblock plastic stacking chairs—all to be unveiled at NeoCon 2017.

As for ongoing work, Bracher says he’s particularly excited about a new paradigm for the office chair, or the “machine for sitting,” as he calls it. Office chairs are “so corporate, so masculine, so machine-y,” Bracher observes. In his eyes, even the newly remastered Aeron chair hasn’t improved the look of things in the office. He says he’s thinking of the new generation of workers who don’t want the standard formal office furniture and oppressive cubicle architecture still found in many corporate offices. “One of our missions here is to make the office ‘not corporate,’” he says. “We want to wash off the gray spirit of corporate America.” 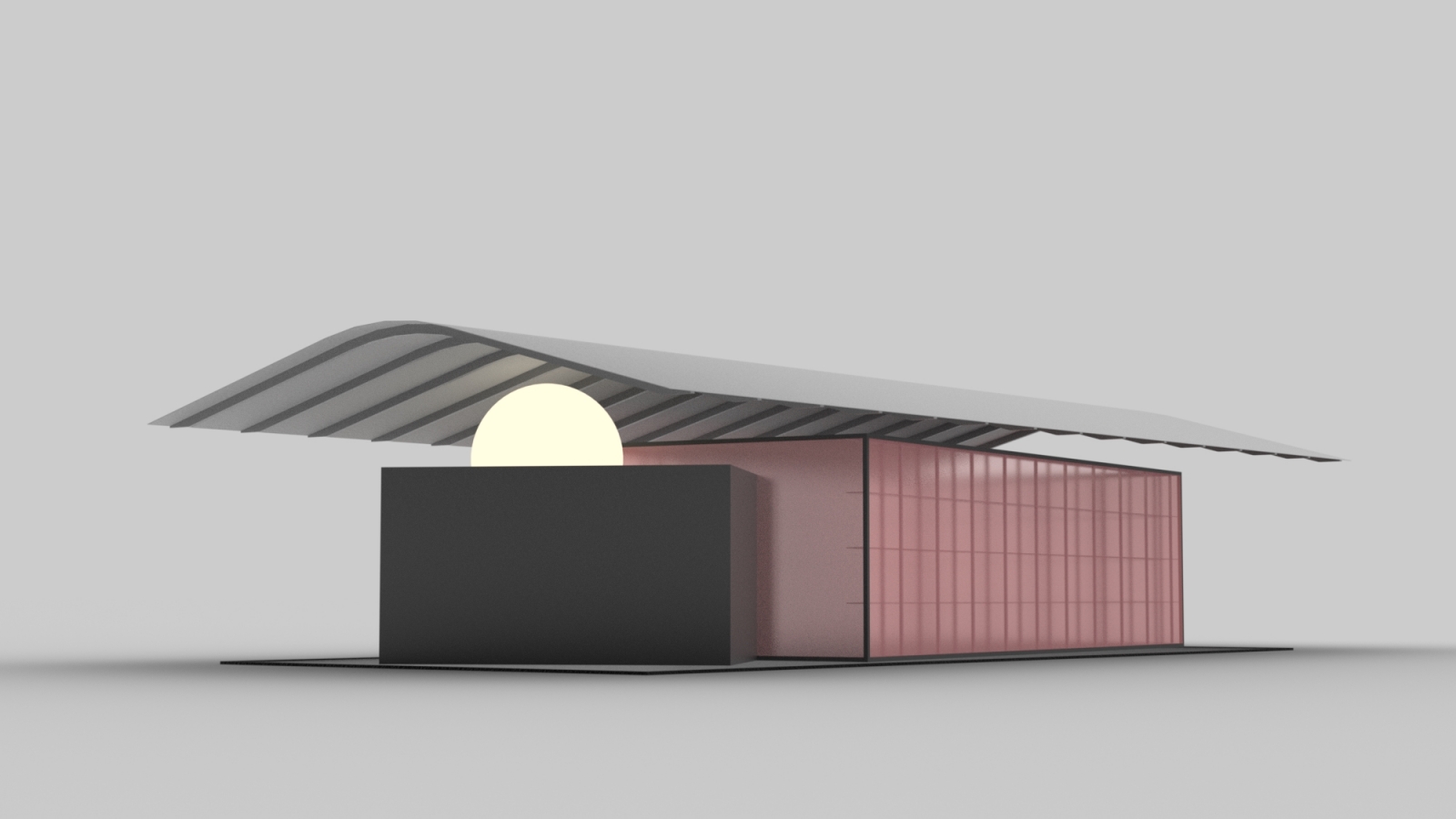 Bracher’s house is intentionally simple. “Life today is just too much,” he is. 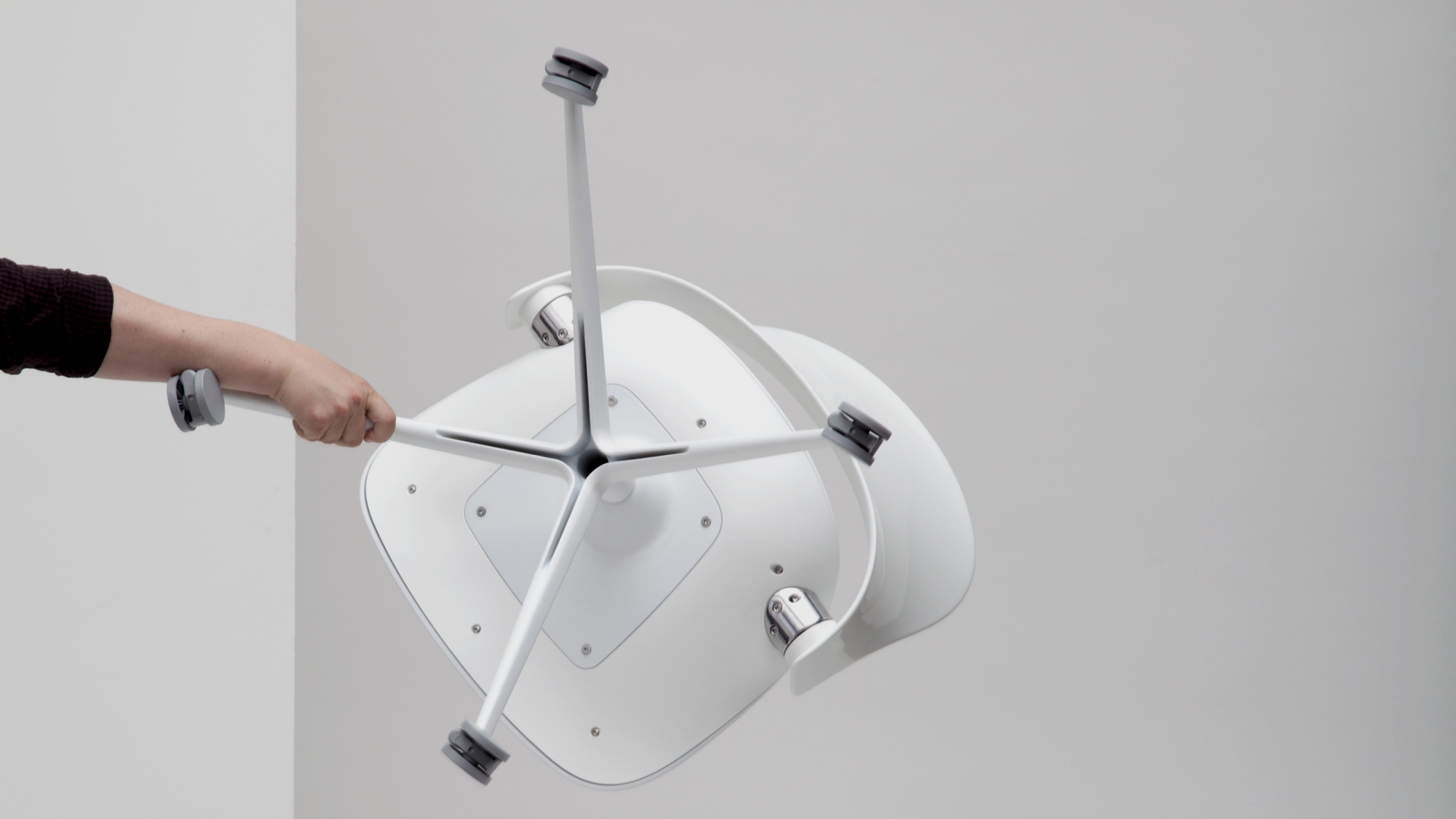 Bracher’s Trea chair for Humanscale got an upgrade this year with new options for bases and upholstery. 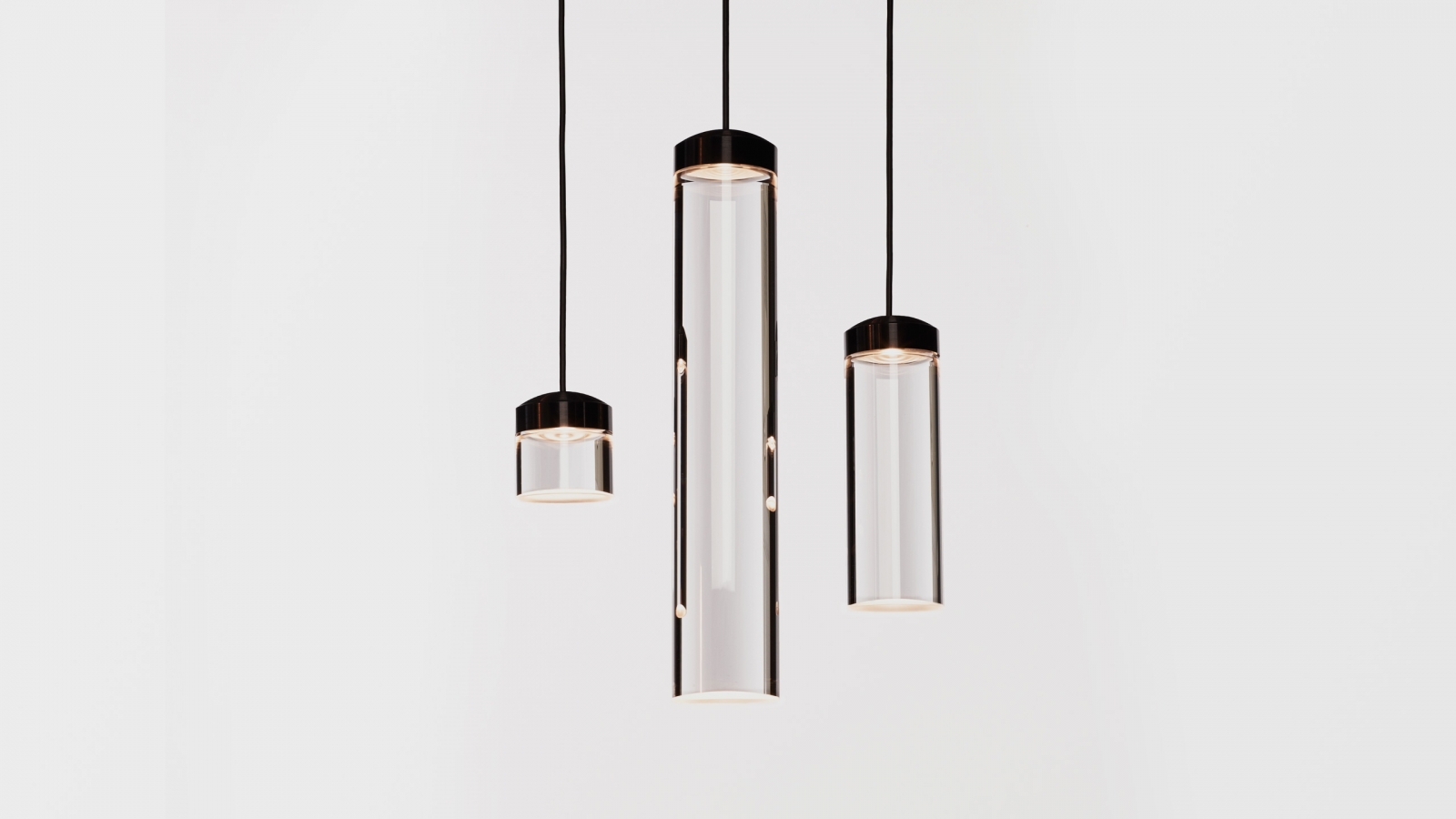 His Vessel light, which uses optical engineering to hide the LED source, was also acquired by Humanscale this year.