Toyo Ito in Conversation with His Protégées (At Last)

In their first-ever joint discussion, Toyo Ito, Kazuyo Sejima, Sou Fujimoto, Akihisa Hirata, and Junya Ishigami reflect on Ito’s philosophy and its relation to their works.

Pritzker laureate Toyo Ito has become an inspiration for a cadre of internationally-acclaimed Japanese architects. In their first-ever joint discussion, the master and his protégées—Kazuyo Sejima, Sou Fujimoto, Akihisa Hirata, and Junya Ishigami—spoke generally of their desire to connect architecture with nature and specifically to the lasting influence of Ito’s philosophy on their works.

At different points of the discussion, which took place this week at the Columbia University Graduate School of Architecture to coincide with the new MoMA exhibition A Japanese Constellation: Toyo Ito, SANAA, and Beyond, both Hirata and Fujimoto noted how Ito’s Sendai Médiathèque, with its innovative series of structural tubes, was a source of inspiration to them. Featured prominently in the MoMA show, the 2001 library and exhibition space affords wide visibility and plenty of daylight throughout its seven levels. “Ito opened the door to experimenting with space,” said Fujimoto to the 300-person audience that was packed into the lecture hall, “his médiathèque proposed reinventing structure as a space you can experience and function in.”

Kazuyo Sejima, who spent several formative years in Ito’s office before establishing her own practice in 1987, SANAA, displayed how she has adopted Ito’s great sensitivity to natural air, space, and light in her own works. One of her monumental projects, presented in the exhibition, is located in the small island of Inujima; her glass Art House Project breathes life into the old wood and stone village, home to a population of 50 people averaging 80 years of age. Sejima’s synthesis of architecture and landscape creates settings for community engagement, connecting contemporary Japanese architecture with ancient societies. 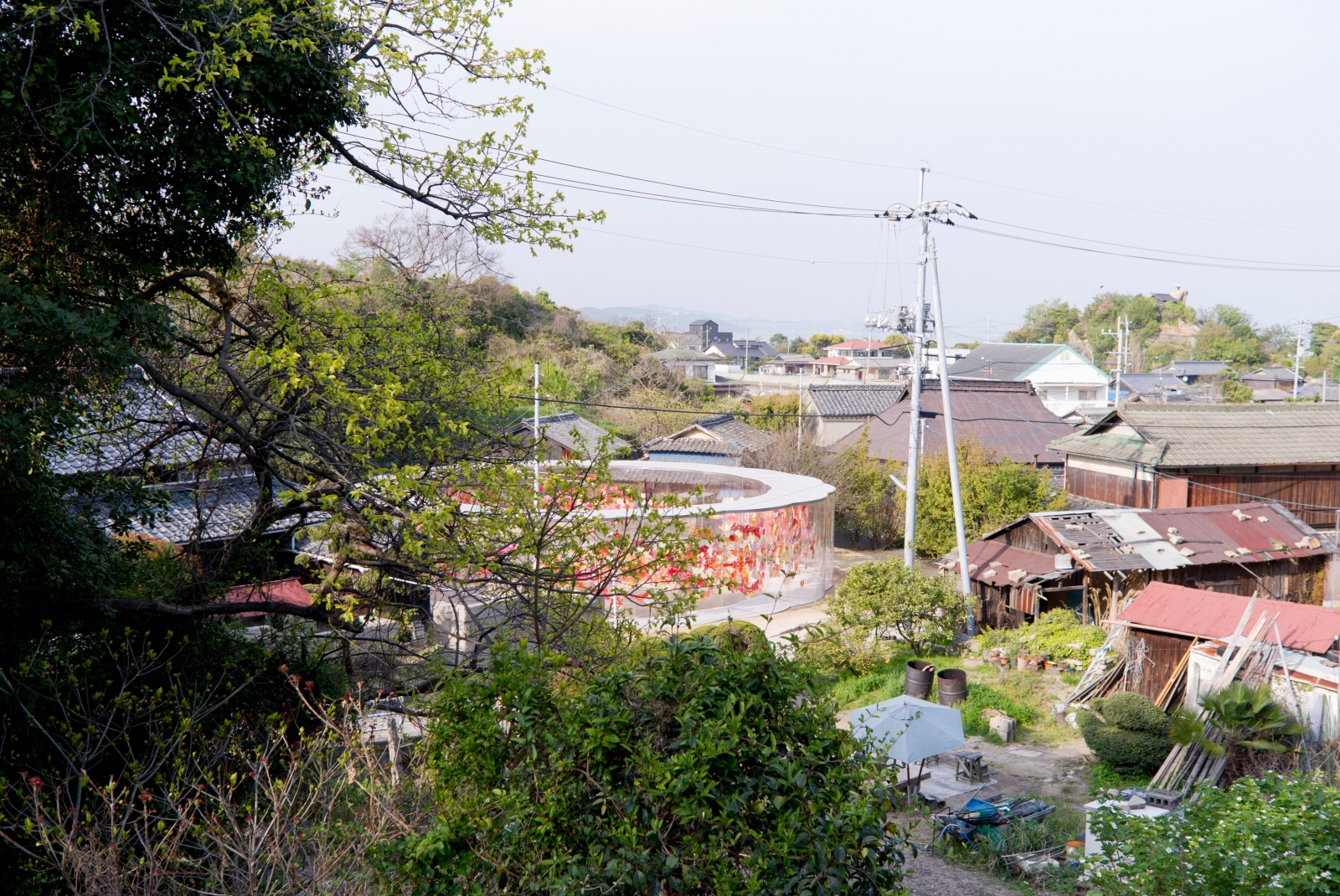 Fujimoto presented his futuristic project Mille Arbres (A Thousand Trees), which evoked an excited murmur among the audience. The design for the commercial and residential structure, extending over Boulevard Pershing with a view of the Eiffel Tower, won the competition of Réinventer Paris (Reinventing Paris) in early February. The illustrations of the “crazy floating forest” recall Ito’s own arboreal structures, drawing a clear line from the master to Fujimoto.

However, the discussion also exposed the ways the mentees have departed from Ito’s philosophies. For example, while Ito is reluctant to make expressive use of technology, Fujimoto, inspired by the Internet era’s creation of “open fields of interaction and connection of behaviors,” has relied on digital techniques to create new spaces of otherness. Fujimoto’s experimentation with these concepts was evident in his 2013 Serpentine Gallery pavilion in London; although the structure’s gradient-like transition of opaqueness and transparency clearly embraced Ito’s rejection of the distinctions between walls and openings, the Pavilion highlights how Fujimoto is taking these ideas further and questioning “old artificial rules.” 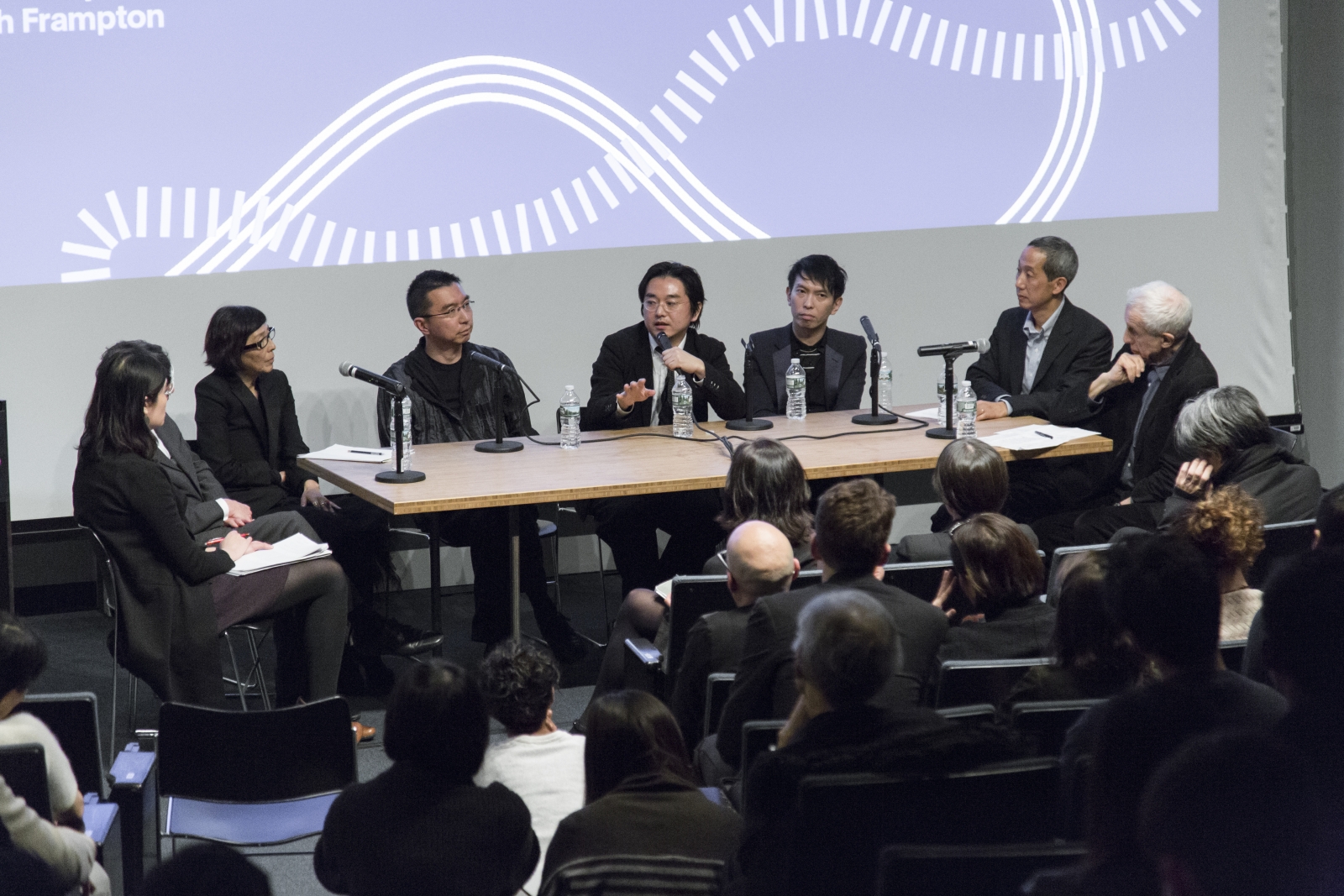 The full panel in Columbia GSAPP’s Wood Auditorium on March 8, 2016.