Toyo Ito on Architectural Ego, Legacy, and Life After the Biennale

Pritzker Laureate Toyo Ito reflects on his career today and how it’s changed since the tsunami of 2011.

At the opening of A Japanese Constellation: Toyo Ito, SANAA and Beyond, Museum of Modern Art (MoMA) director Glenn Lowry recalled that, when they first started to conceptualize the exhibit, the original idea was for a monographic show on the 2013 Pritzker laureate Toyo Ito. But the 74-year-old architect was much more interested in the trans-generational network of relationships with his peers, past and present, that continues to inform his work.

Beyond diving into Ito’s oeuvre, the exhibit also includes the work of Kazuyo Sejima, Ryue Nishizawa, Sou Fujimoto, Akihisa Hirata, and Junya Ishigami. A few hours before the exhibit opened, I spoke with Ito about what this show means to him, how his career has changed since the Venice Biennale 2012, new material directions for his latest buildings, and the dangers of architecture becoming too much of an art.

Paul Clemence: This exhibit could have been a retrospective of your life’s work at one of the most important cultural institutions in the world—an opportunity that most architects would have jumped at. But you had something else in mind.

Toyo Ito: I never have had a show of just my work, like a retrospective-type of exhibit, from start to finish. I am not interested in that. It would feel like there’s an end, like an end to the work, to the life. When you show the work in a retrospective manner it’s hard to extend myself further, it’s like just looking back. And I am interested more in the continuation of the work, the present, and what’s still to come. I find it more interesting showing my influences and the people that possibly were influenced by me. Maybe even people that I have competed with. So there is this stimulating feeling of exchange in the exhibit. 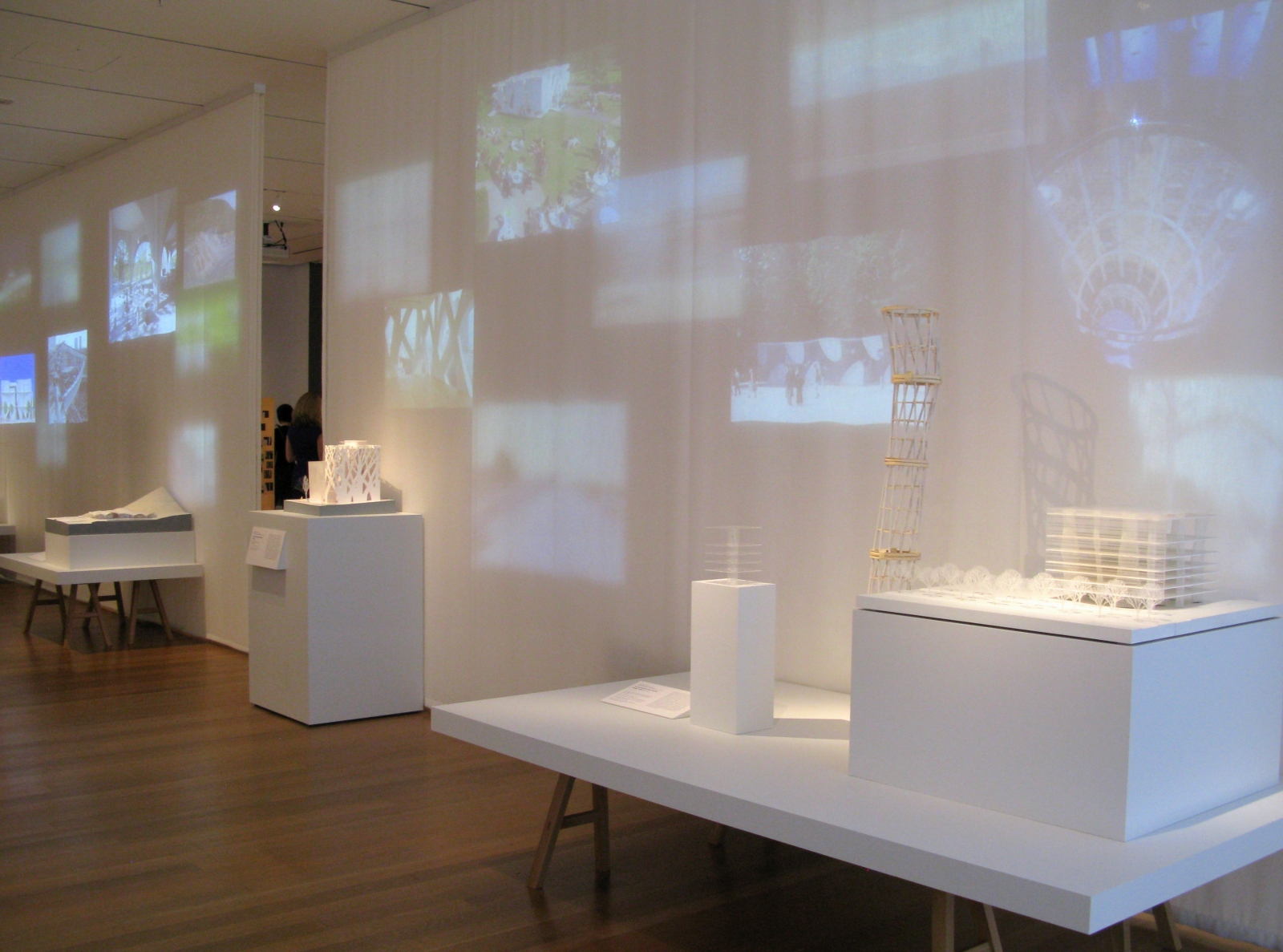 PC: The show suggests a certain sense of interconnectedness within this group. But being that there are so many egos involved, and how competitive architecture can be, are there also rivalries?

TI:  (Laughing) Yes, sometimes rivalries, if in a competition…

PC:  What is the importance today of this show at MoMA?

PC: Exhibition curator Pedro Gadanho spoke about how the architecture on display highlights a certain sublime experience of space that can be created through buildings. Is the search for the sublime something you consciously pursue in your designs?

TI: I don’t intentionally go for the sublime. By comparison, SANAA’s work might have more of a poetic approach, since they have been more involved with art and maybe have more of an art influence. In this exhibition there’s three different generations, and you can see that reflected in the different approaches.

PC: What is for you the definition and importance of beauty?

TI:  There’s a common notion of beauty in Japanese architecture, traditionally anyway. There’s a wish to take away certain elements to make it as simple and pure as possible, and that is an approach you see in Japanese architecture, but, even in the design of a  simple teacup or dish, it’s this elegance of simplicity. And I think you can feel that approach in all the works here. And I would say that could be defined as beauty.

PC: When you start a project, do you consciously pursue that elegance of simplicity?

TI: I am always aware of this abstractness of building.

PC: When I met you while visiting the Home-For-All (HFA) project, you spoke about the challenge of contemporary architecture to connect with the everyday person. Could you elaborate on that?

TI: Here we go back to your previous question, about the search for the sublime—I think it’s a very dangerous boundary when architecture becomes too much of an art, because it has the risk of not reaching people. So sometimes I don’t want architecture to be so close to art. And since the tsunami/earthquake of 2011, I decided to start from zero, re-thinking what architecture means, redefining the fundamental point of architecture. And that’s how the HFA initiative came to be. At my latest project, the Media Cosmos [the Minna no Mori Gifu Media Cosmos, in Gifu City, Japan] you can see what the difference is, and how the thinking has evolved since then. The Home-For-All experience drove the design of the [Media Cosmos] building in a different direction.

PC: Could you give an example of that different direction?

PC: Both the Media Cosmos and the Sendai Mediatheque have a similar program. How did the thinking evolve in your approach to this program since the Mediatheque project?

TI: At the Sendai Mediatheque you can feel the boundaries are very well defined. At the Media Cosmos the design intent is to reach outside and bring the exterior in, bringing in environmental elements, like air flow and light —even if in a controlled way. You can feel there’s a lot more connectivity to the external environment. 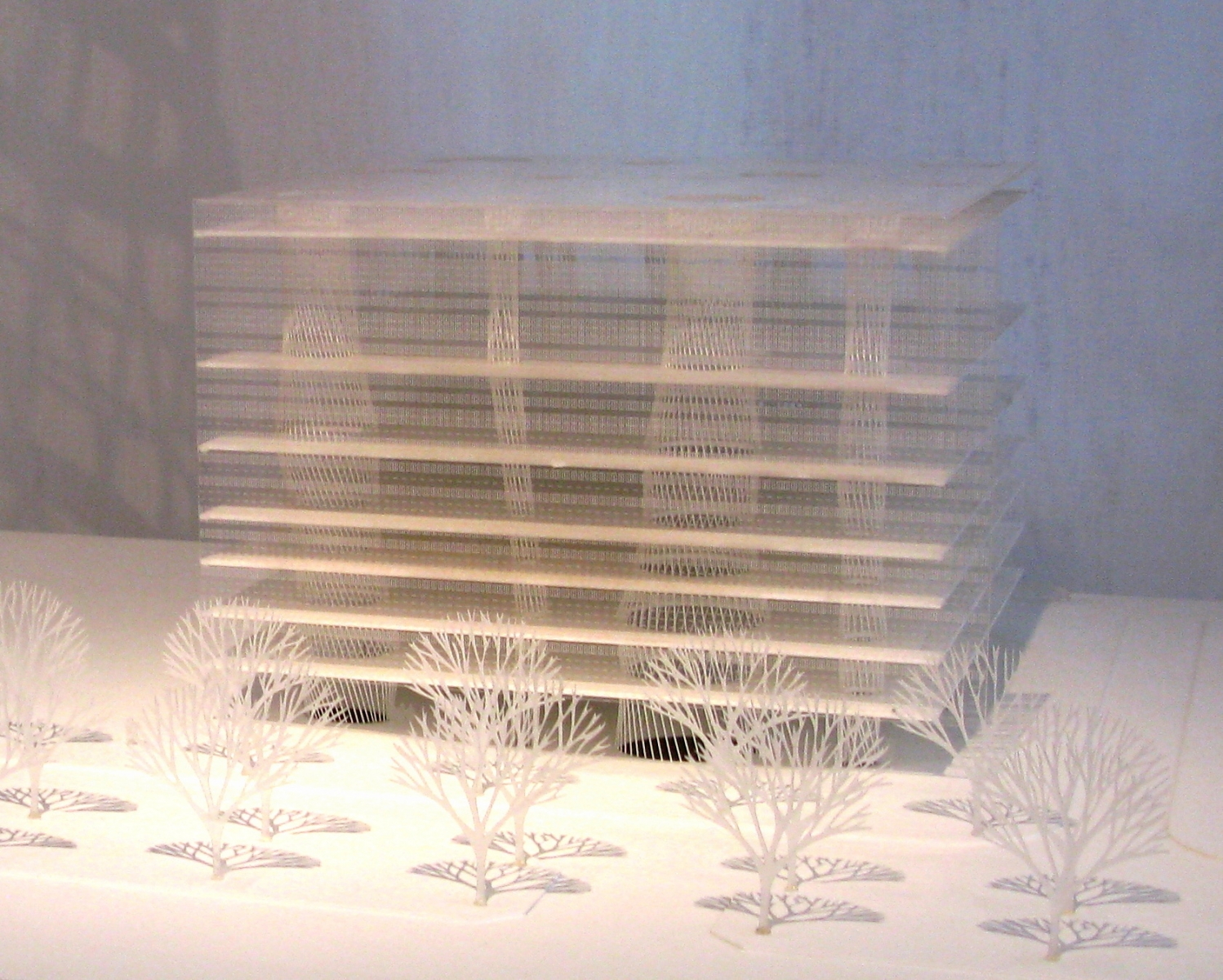 PC: Would you say that, at Media Cosmos, how people experience the building is more important than the technology behind it? The human factor taking precedent over the technical?

TI: Yes—for example, we used timber for the roof and when you walk into the building you can smell the fragrance of the wood. It’s a very different experience than the Sendai Mediatheque. That was something that came from HFA, where people using the space really enjoyed and could relate to the warm material. I think this building will achieve that same experience.

PC: The Home-For-All initiative turned out to be a watershed moment in your career—it earned you the Golden Lion prize at the 2012 Venice Biennale—and seems to have inspired new ways of thinking about architecture. Could you talk about that experience and its effect on your thought process?

TI:  This was something that had actually started when I was involved in a project commissioning young architects to do public projects, and they would come up with great new ideas for the buildings. But when it came to see how the local communities were appreciating the buildings, there was a question about that, as if they were saying “what’s so good about this building?” While architects were saying that they ( the public) were not professionals, so they did not understand why that was such a wonderful building. But I started to think that maybe the problem was on the architect’s side—maybe architects are just building for their own sake and for the architecture community or industry, and not for the people that are really using it. I began to think that maybe it should be also the other way around somehow. And this was the time when the tsunami came, and I thought it was a very good opportunity for architects to think about the importance of what local people really want and need.

PC: And after having built 14 Home-For-All projects, with the 15th under way, how do you see that experience?

TI:  The Home-for-All projects are the idealistic way of building a building, with the residents, the end users, the architects, the construction workers all in tune working towards the same goal.

PC: Will the initiative keep going? How do you see its future?

TI: I think the project is approaching a point where the initial chapter might end, but it will continue to exist, going in a new direction. The concept should continue, but not just as a disaster relief – it should also looking into humanity and community building. That’s really important. There’s still social/political issues that need to be addressed.