What We Really Mean When We Talk About Urban Crowding

Street crossing in the heart of Mexico City, crowds on either side cheering each other on as they wait out the traffic in close quarters.

The crowded agoras of the world’s largest megacities offer some of modernity’s most fascinating scenes. This is partly because there is, as I see it, a reactionary dread toward crowds. Think of the pejoratives levied on them: droves, herds, hoards, legions, masses, mobs, packs, rabbles, swarms. Planners go to drastic lengths creating separation, committing immeasurable social resources toward antisocial yard-and-car suburbs. In this kind of world, crowding raises resonant political questions. Why do some of us spread out across acre lots in Orlando while others of us share single rooms in Mumbai? Why does private transit (cars, helicopters, NetJets) constitute a growth market while trains and buses burst at the seams? Mumbai’s bustling rail system, where accidents killed 36,000 people over the span of a decade, is an extreme case.

Media images frequently present crowded public spaces as proof of overpopulation, evoking the Malthusian desire to limit finite resources to a privileged few. Never mind that the quintessential megacities in these photographs—Buenos Aires, Mexico City, Mumbai, New York, and Shanghai—all possess plenty of wealth, and exist in a world with plenty of wealth. Never mind that India, in the case of Mumbai, is mostly rural (like almost half of the world). On the other hand some planners glorify congestion as a good thing, and rationalize spatial inequality as a Newtonian market force gravitationally pulling people toward already overcrowded places. Of course, it is the poorest that suffer crowding’s inevitable discomforts while the global affluent can divest themselves from the masses when it suits them. This is manifest in cursory walks through any of these cities, all crucibles of class conflict marred by permutations of gates, razor wire, helicopter travel, and heavily guarded high-rises.

By capitalist reasoning, crowded places offer commercial efficiency. They promise to conveniently cluster ample services. Conversely, they convene lots of shoppers—and potential insurgents—at once. Cities are thereby adamant about attracting the “right kind of public” in the form of high-spending consumers, stridently depoliticizing the agora. Not surprisingly the densest crowds are in burgeoning shopping districts, which are the sine qua non of the global city. The Occupy movement’s massive 2011 demonstration in Times Square (photo 5) effectively co-opted the place for politics, despite draconian efforts by authorities to confine protestors in an elaborate barricade system. And yet, the moral of this story was and remains that the public can still spontaneously repossess its own spaces despite opposition from above, finding purpose beyond buying things.

Hopelessly overburdened rail infrastructure inside Mumbai’s historic Chhatrapati Shivaji Terminus, serving one of the most densely populated cities on earth. 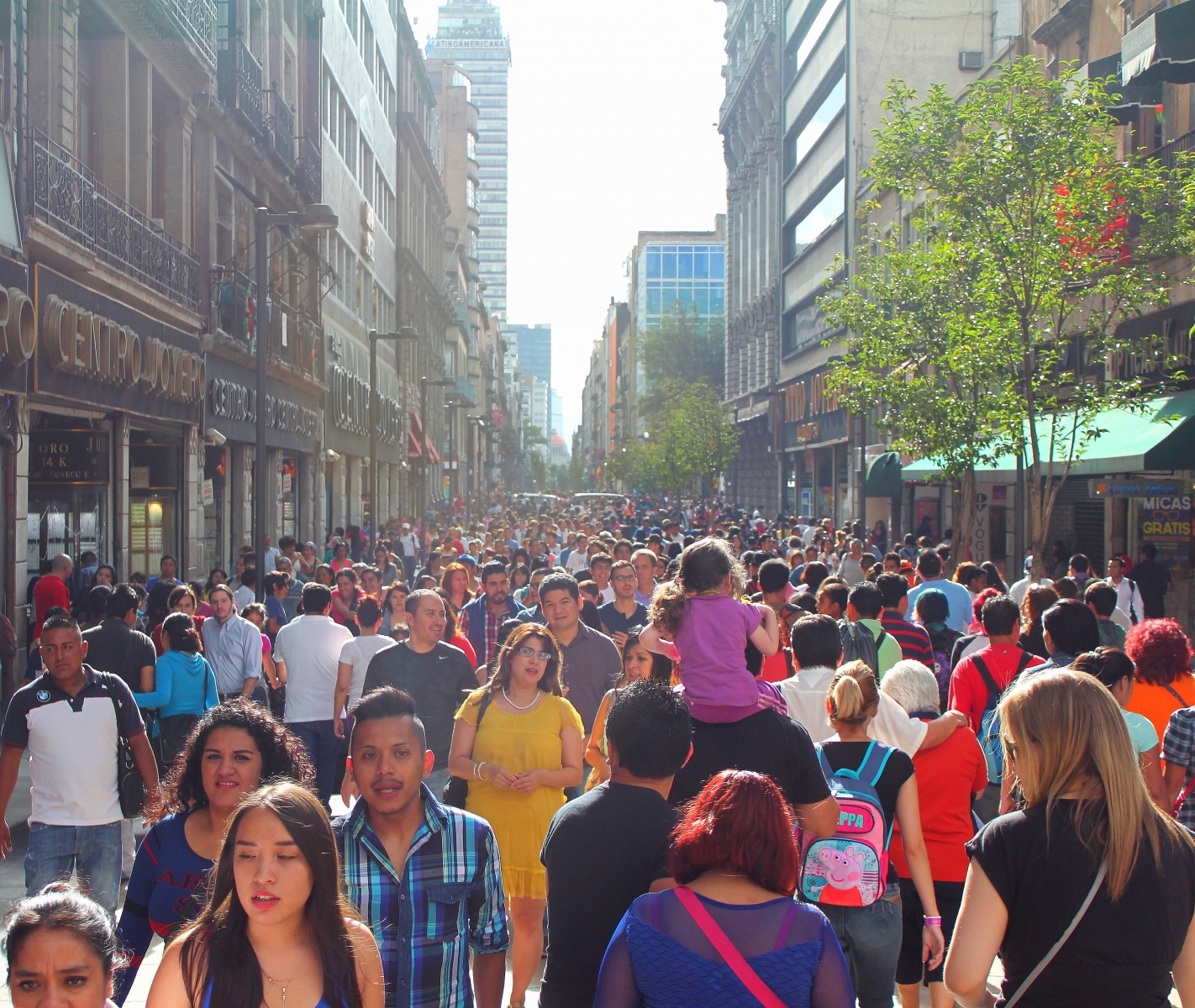 Pedestrians make ample use of the car-free streets in Mexico City’s historic district, despite the city’s summer pollution. 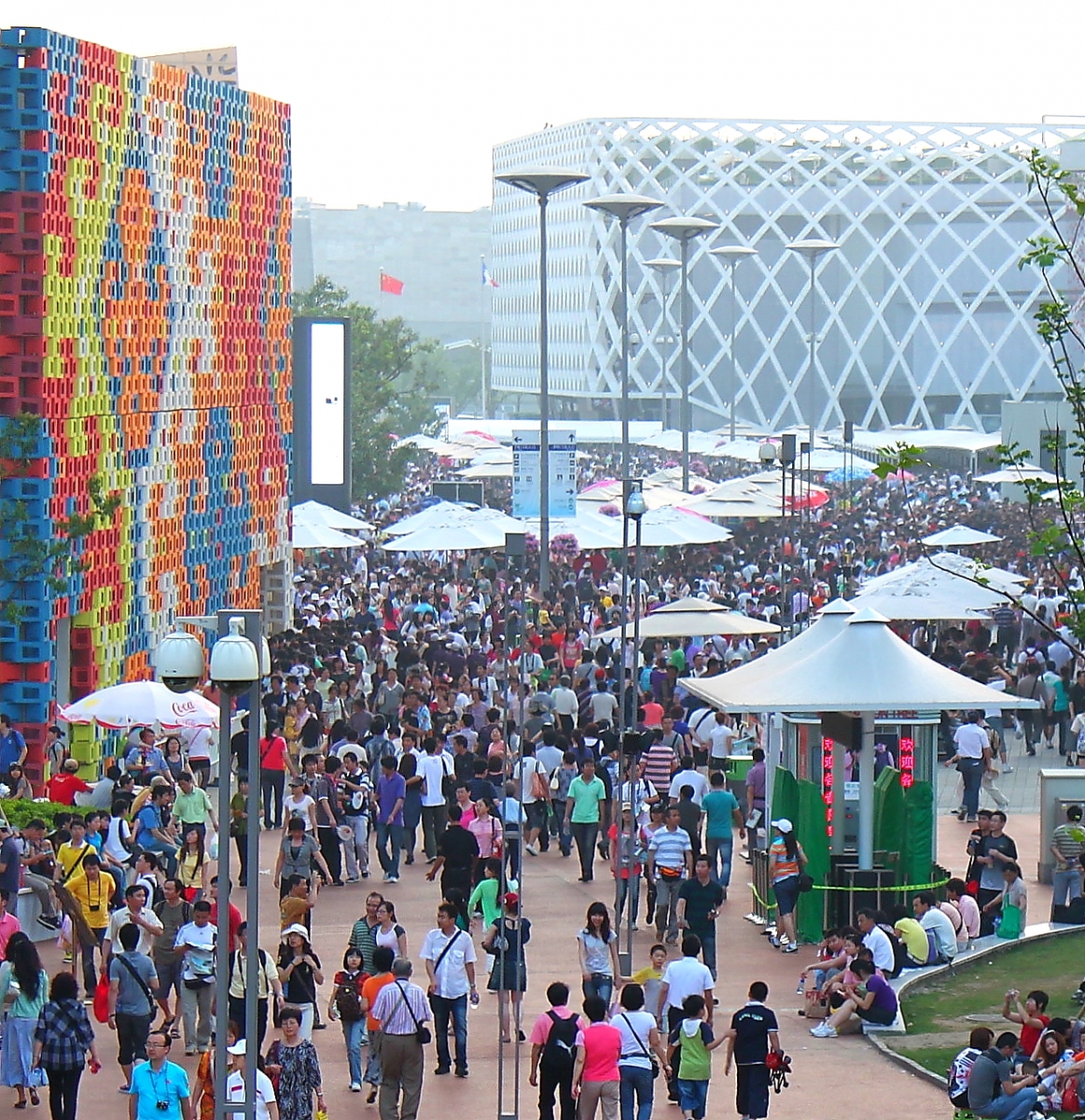 The 2010 World Expo in Shanghai attracted 73 million visitors to the theme of “better city, better life.” Most pavilions were destroyed after the event, as per Expo rules. 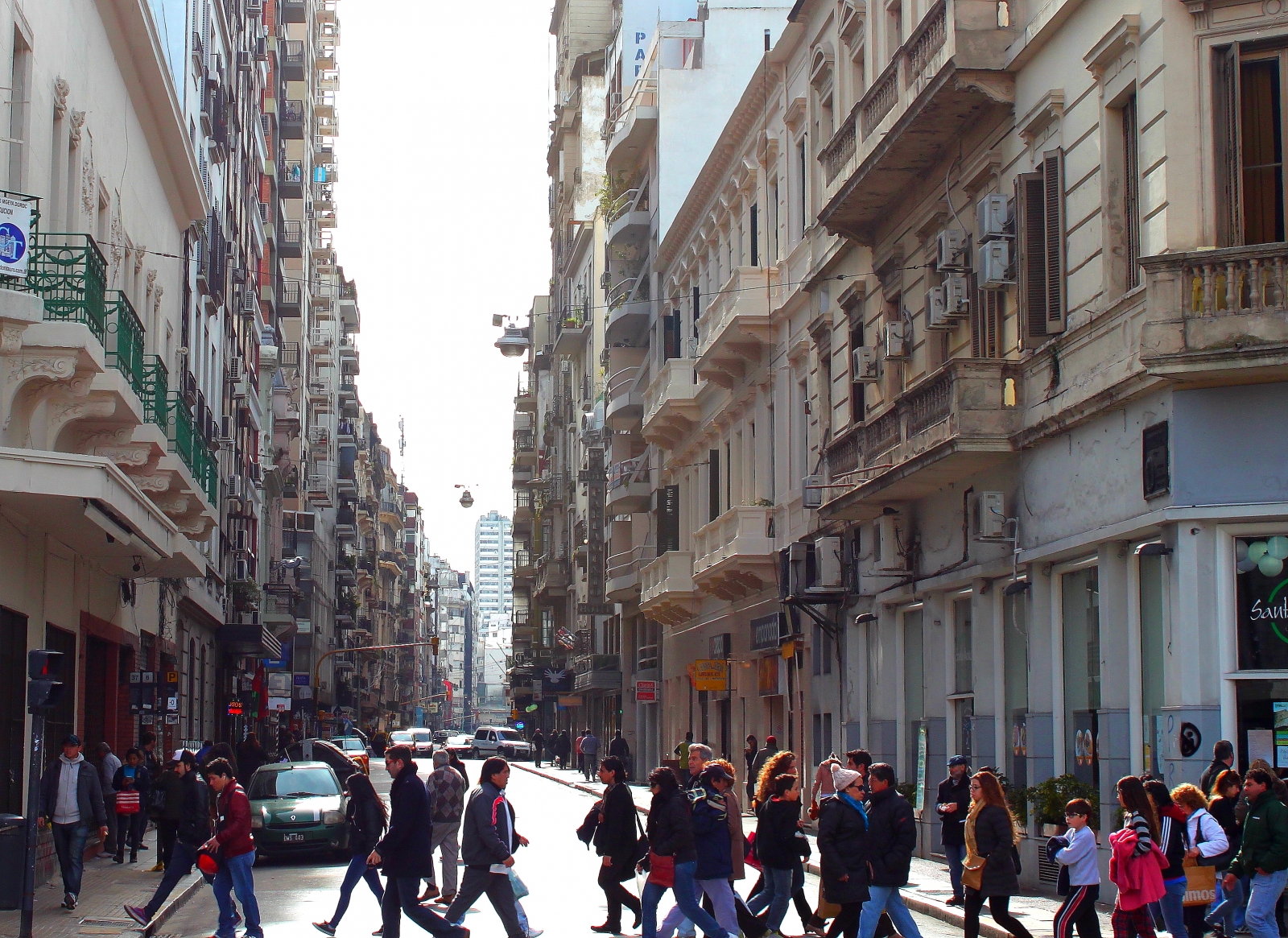 Street crossing in Retiro, one of the busiest shopping districts in Buenos Aires. With a mere 15 million people, it is the smallest of these five cities. 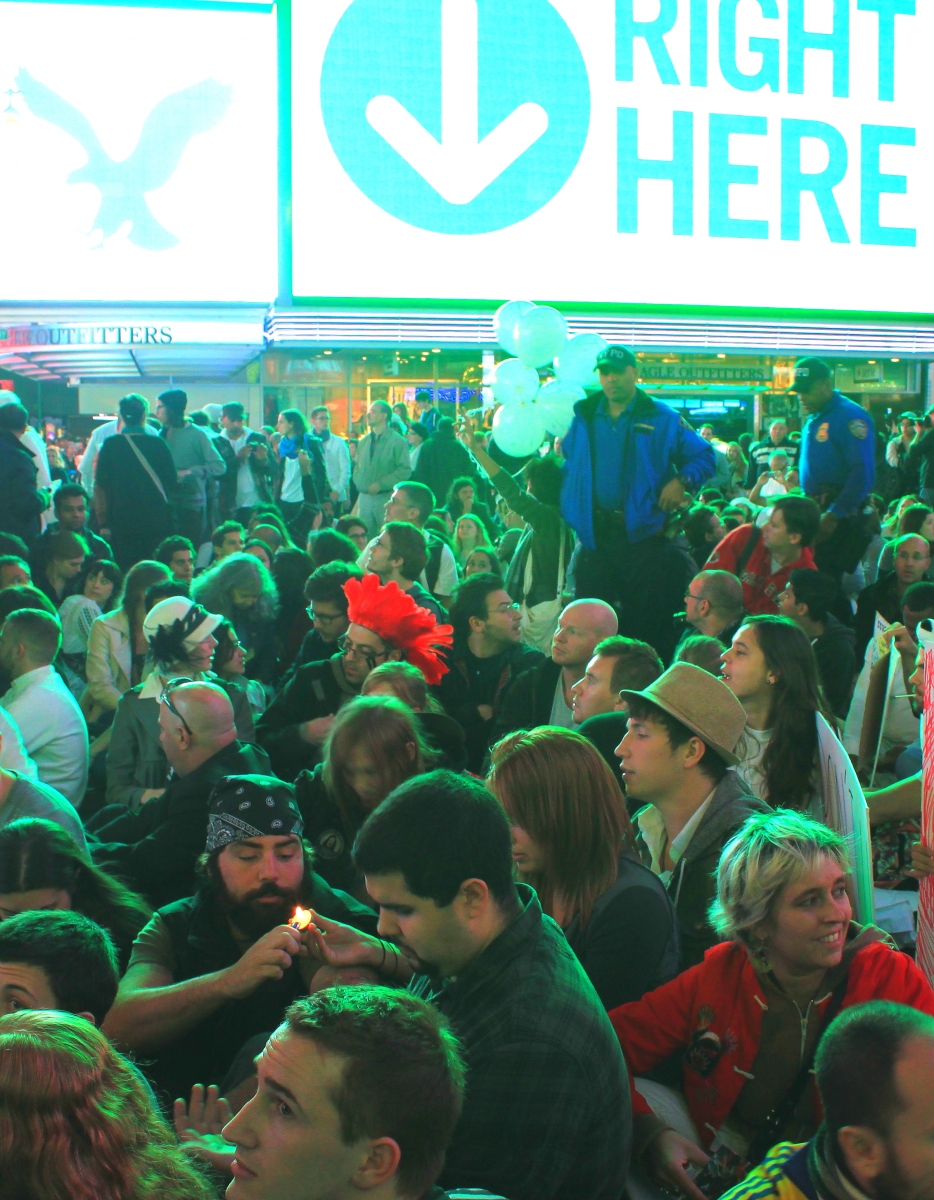 Joshua K. Leon is an assistant professor of political science and international studies at Iona College. His writing on cities appears in venues including Metropolis and Dissent. His recent book is called The Rise of Global Health: The Evolution of Effective Collective Action. He lives in Manhattan.