Will Smart-Surface Technology Overtake Us?

Now that technology can be embedded into virtually anything—walls, floors, ceilings, even carpets— we’re just starting to sort out the implications. 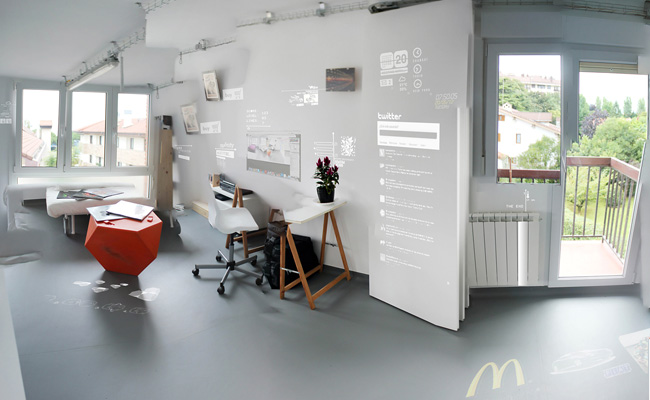 Given how ubiquitous technology has become in our everyday lives, what’s remarkable now is not how many “smart” objects surround us, but how few. Sure, your phone can run an array of Internet applications—but what about your carpet or your wallpaper? A slew of new research projects is exploring exactly this potential, proposing interior surfaces embedded with a variety of clever and useful functions.

Perhaps the most dramatic of these proposals is Openarch, a prototype smart home created by the Spanish designer Ion Cuervas-Mons. A video shows how it would work: A woman wakes up in the morning to an alarmclock image projected on the wall beside her bed; she waves her hand to silence the alarm, and glances at an adjacent projection showing the weather, her calendar, and the number of new emails in her inbox. Going about her day, the Openarch dweller is able to use simple hand gestures to activate wall displays throughout the house. With them, she surfs the web, monitors her home electricity usage, and takes Skype calls featuring a life-size projection of the caller on her living-room wall.

This may sound like something out of a sci-fi film, but it is entirely plausible. Cuervas-Mons, the founder of the Madrid design consultancy Think Big Factory, assembled the Openarch prototype using video projectors and Kinect, a Microsoft device that employs motion-sensing technology. His current setup links five projectors, two Kinects, and two computers. “It’s not very complicated,” Cuervas-Mons says. “The real key to this project is the user experience and the interaction design. The technology is important, but it’s more about how we make these applications non-intrusive and make the user experience better.” 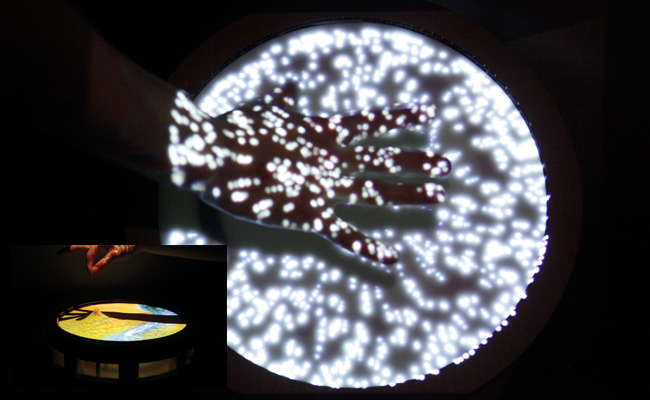 Another intriguing possibility for how users interact with their screens involves elastic displays. Two young researchers at the MIT Media Lab, Dhairya Dand and Rob Hemsley, recently made a working prototype of a “2.5-D” (i.e. almost 3-D) display using actuators, depth cameras, a projector, and a silicone screen stretched across a drum-like stand. Users hover over the display and poke, stretch, pinch, squeeze, and twist the silicone for a much wider array of interactions than a rigid touch screen can offer. Dand imagines that this technology could create a future where “before ordering something online you could actually touch and feel the object in one-to-one scale with its texture.” It sounds fanciful, but Dand says, “The technology is ripe enough to be manufactured cheaply and miniaturized in the next two to four years.”

These proposals would profoundly change the way we interact with our computers, but smart-surface technology can also be completely invisible. For instance, a recent project led by scientists at the University of Manchester explored how optical fibers placed on the underlay of a carpet could allow a computer to track and analyze individuals’ walking behavior. In the homes of elderly or mobility-impaired people, this system could be used to identify sudden falls and call for help, and even to spot subtle changes in a person’s gait that suggest they are at risk of a fall.

The above examples insert Internet technology into the home, but smart surfaces could also be used to stave off unwanted technological advances. The Finnish company Ahlstrom is now developing a selective-shielding wallpaper that uses silver nanoparticles to block certain frequencies—such as Wi-Fi or cell phone signals—while allowing other frequencies to function normally. The applications are not hard to imagine: Security-minded individuals could prevent their Wi-Fi signals from leaving the confines of their homes or offices, and movie theaters or concert halls could block the audience from sending or receiving cell phone signals during a performance. The Helsinki-based Ahlstrom expects to offer the wallpaper as a commercial product by year’s end. (It will be designed as an underlayer that can be covered by paint or a decorative wall covering.) 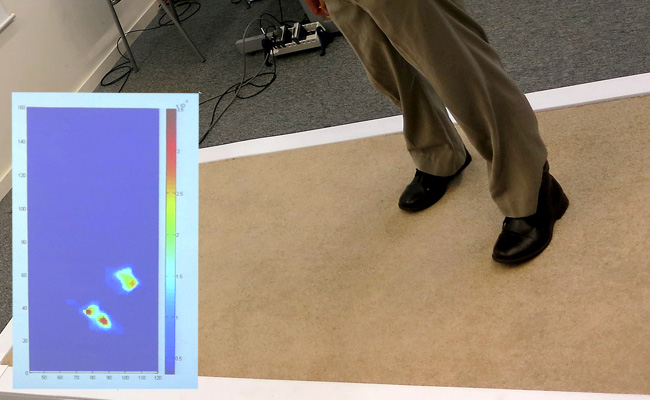 MAGIC CARPET: Researchers at the University of Manchester are exploring ways to embed optical fibers into carpet to track footsteps and identify when someone is at risk of falling.

Courtesy the University of Manchester

The selective-shielding project points toward even more exciting advances in this arena. Upcoming smart surfaces will not merely have technology embedded in them, but will be engineered with specific smart properties. One fertile area of investigation, for instance, is self-healing materials, which have the ability to repair themselves from minor damage such as cracks or scratches. Self-healing coatings could be used to prevent corrosion and extend the lifespan of industrial equipment, but there are also obvious consumer applications (as owners of expensive cars or new iPhones can no doubt attest). “The technology exists and it’s able to be proven in a lab, but it’s more about getting it into a product that lasts or that’s stable for a longer period of time,” says Steve Revnew, the vice president of product development at Sherwin-Williams, one of a number of companies working to get self-healing coatings onto the market. He expects that consumers will start seeing these products in the next few years. Which means that the interiors of the near future may not only thrum with hidden technology but also be gloriously blemish-free. 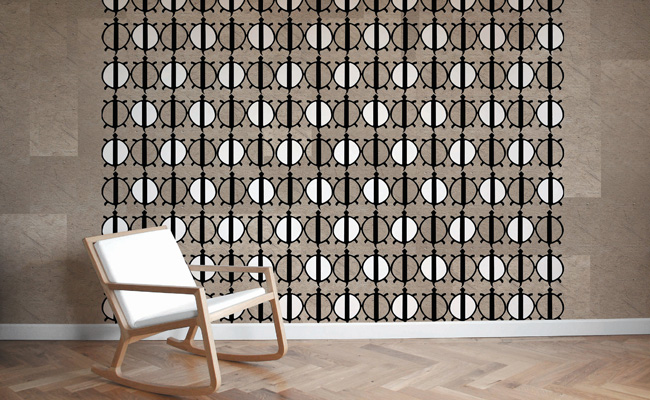 HIGH-TECH WALLPAPER: Helsinki-based Ahlstrom will soon unveil a wallpaper that uses silver nanoparticles to block certain frequencies—Wi-Fi, for example—while allowing others. The selective-shielding wallpaper is meant to be an underlayer that can be covered by paint or wall decor.