A small revival of the designer’s celebrated works is underway this month at the Wright Auction House in Manhattan. 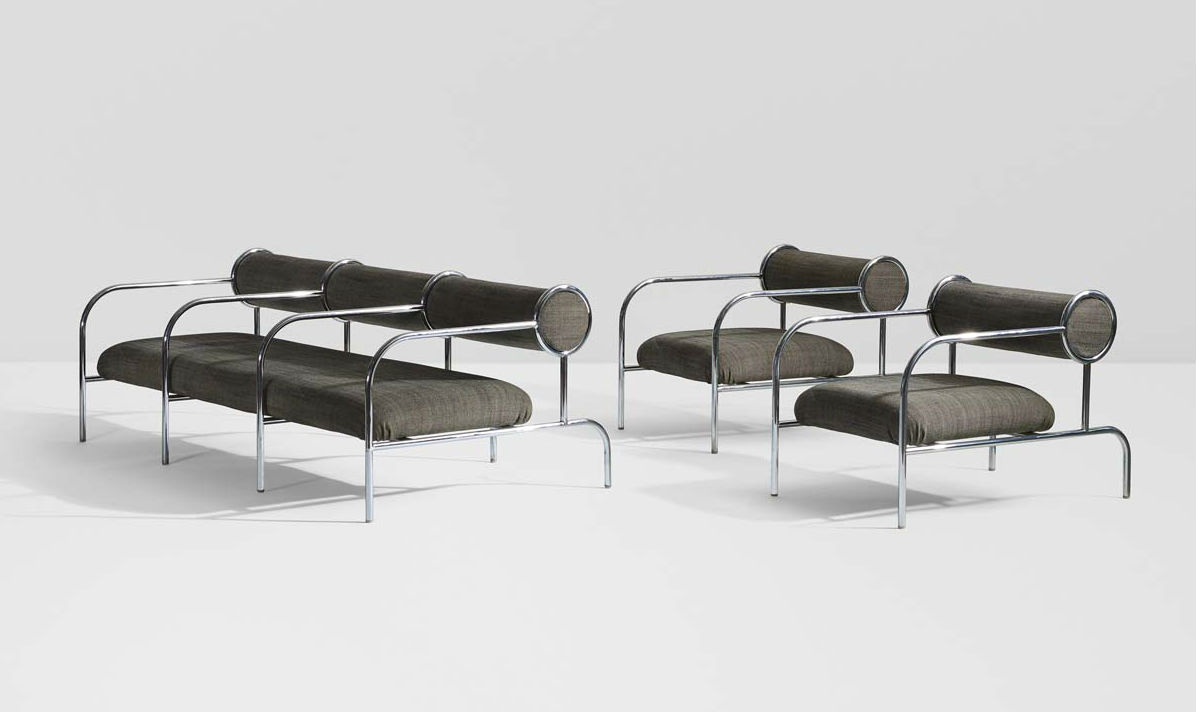 With tubular frames, this set of furniture was designed by Shiro Kuramata for the esprit house in Tokyo.

With a poetic sensibility that extends beyond clear functionality, Shiro Kuramata remains one of the most influential furniture designers to have masterfully delivered a Japanese aesthetic to the West.

Kuramata loved to toy with light, and he often employed the transparency of Plexiglass to create chairs, cabinets, vases, and tables. He also loved reappointed uses for steel-wire mesh and tubular frames for couches. Among his many innovative commissions was one from the esprit clothing brand to furnish a house in Tokyo. the project was a collaboration with a longtime friend and designer, Tamotsu Yagi, who also designed Apple stores, and resulted in the three-seat sofa and two chairs, which will be on view in the exhibition Shiro Kuramata: Vivid Memories, which opens January 6 at the Wright Auction House on Madison Avenue in New York. the collection of 15 pieces will then move to Wright’s Chicago location for a January 29th auction. 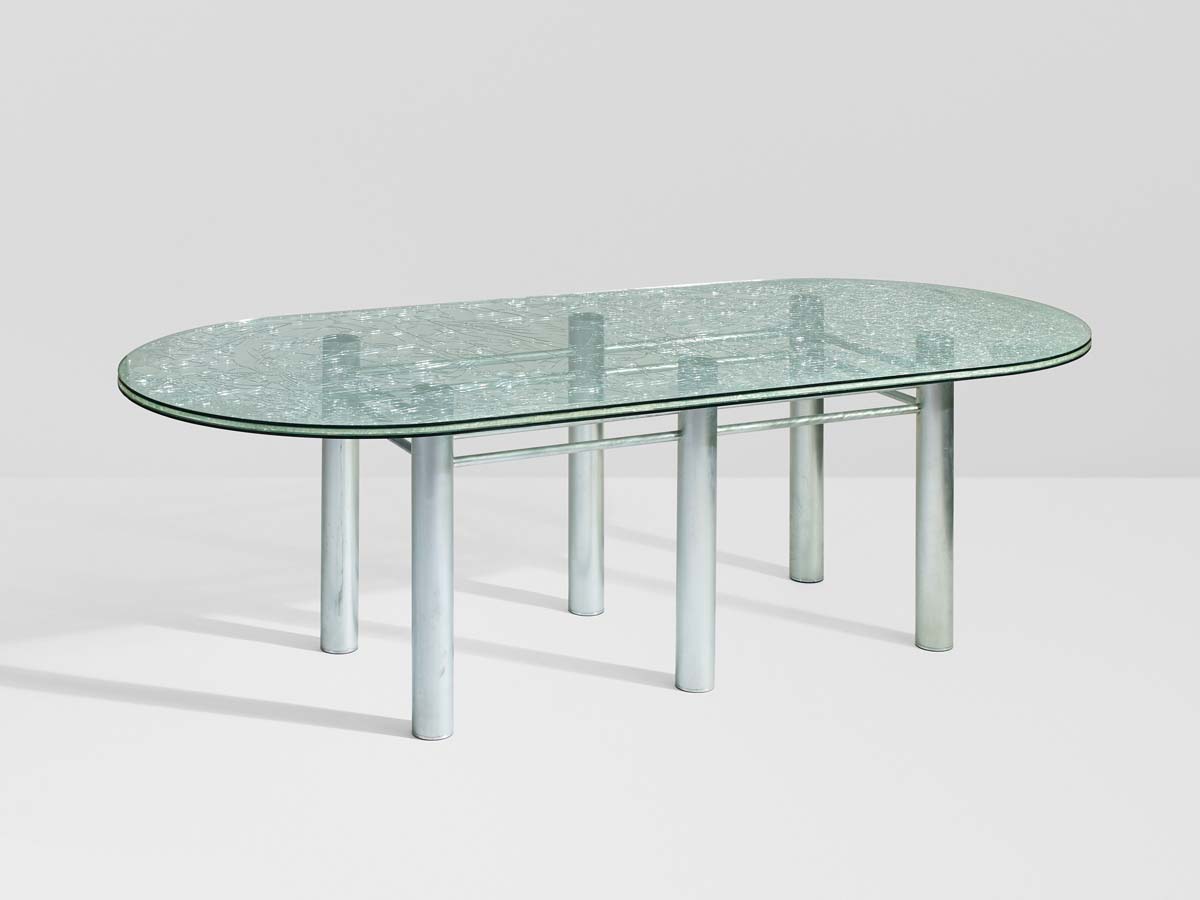 This oval glass table was a gift for Tamotsu Yagi from Kuramata. two intact layers of glass sandwich one shattered layer, creating the cracked-up visual effect of the tabletop.

Among the pieces is an oval glass dining table, which was created as a gift for Yagi. With hammer and chisel, Kuramata shattered the glass tabletop and then encased it between two perfectly intact panes. He was fascinated with the concept of freezing time, as well as ideas of perfection and imperfection.

Kuramata died in 1991. Now, with great affection and sensitivity, Yagi is acting as the creative director for the upcoming exhibition and catalog of his friend and collaborator’s exquisite work.