Front achieves an arboreous effect with its Mikado Cupboard

At some point in history somebody decided that cupboards must be placed along a wall. Sometimes the objects placed within are hidden behind solid doors, at other times they are displayed behind glass. Either way, a cupboard itself is rarely the centerpiece of a room. But what if there was a cupboard so well-designed and appealing from every angle that it could be the central focus? This the question that Front set out to answer when it designed the Mikado Cupboard for the furniture company Porro, with whom the team has been working regularly since 2009.

“We wanted to create something that was in-between a regular cupboard and some-thing you can see through, but we didn’t want to do it in the classic way, using glass,” says Anna Lindgren, one-third of Front, which also includes Soﬁa Lagerkvist and Charlotte von der Lancken. “We wanted to create a three-dimensional feeling in the front and the back, at the same time.” 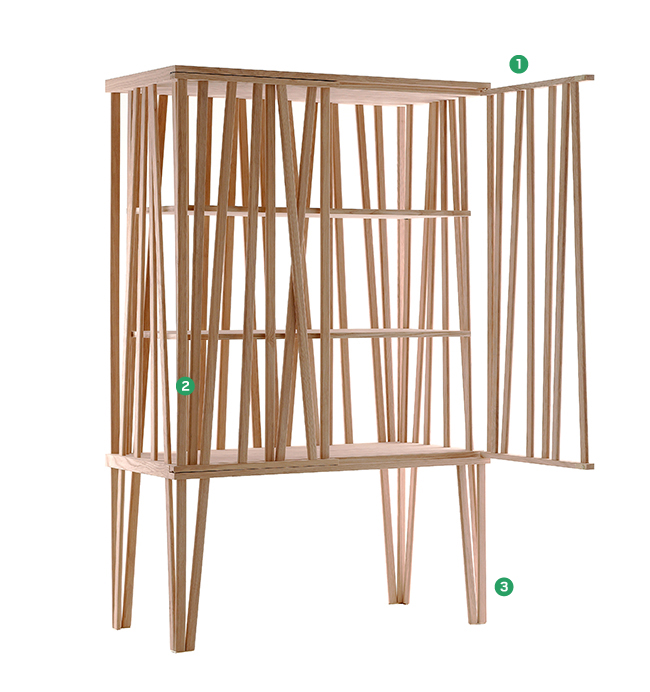 MIKADO CUPBOARD [43.31w x 66.92h x 19.69d inches]
(1) We wanted to have the door opening invisible. We put a double layer of wood on top and bottom, so when the door is closed it looks like one piece. It’s a bit of a secret how you open it. (2) The cupboard doesn’t have to be against the wall. It could stand in the middle of the room. It could even be used as a room divider. (3) Our idea was that the legs look the same as the sticks that go through the cupboard.

The use of  wood to achieve this goal appealed to the team. “Porro is really good at working with it,” explains Lindgren. “We wanted to take advantage of their craftsmanship.”

Front layered olive ash sticks at various angles,  so they would cast different shadows and create a pattern that is engaging  from all angles. “It creates  a sense of depth,” says Lindgren. “It’s almost like looking into a forest.”

The Mikado Cupboard was launched at Milan’s Salone del Mobile 2013. Lindgren took the time to discuss the design process for this cupboard, which is about much more than simple storage. 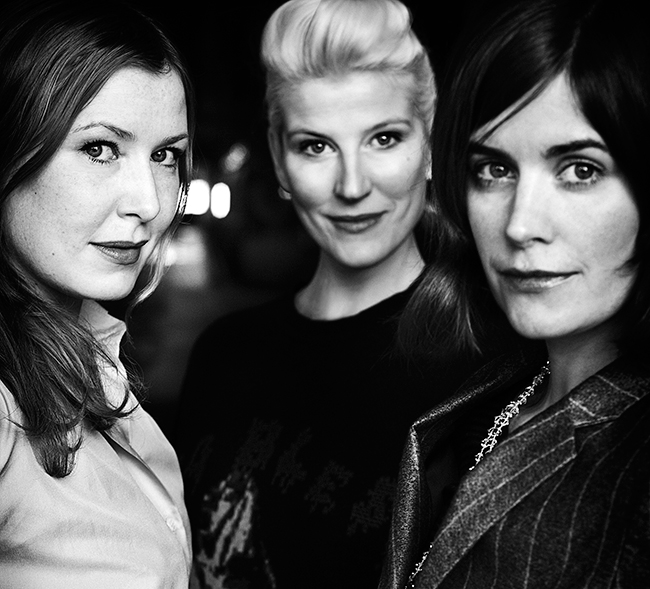 FRONT, founded in 2004 and based in Stockholm, is comprised of Anna Lindgren, Sofia Lagerkvist, and Charlotte von der Lancken (left to right). The trio met while studying industrial design at Konstafack University College of Arts, Crafts and Design. www.frontdesign.se