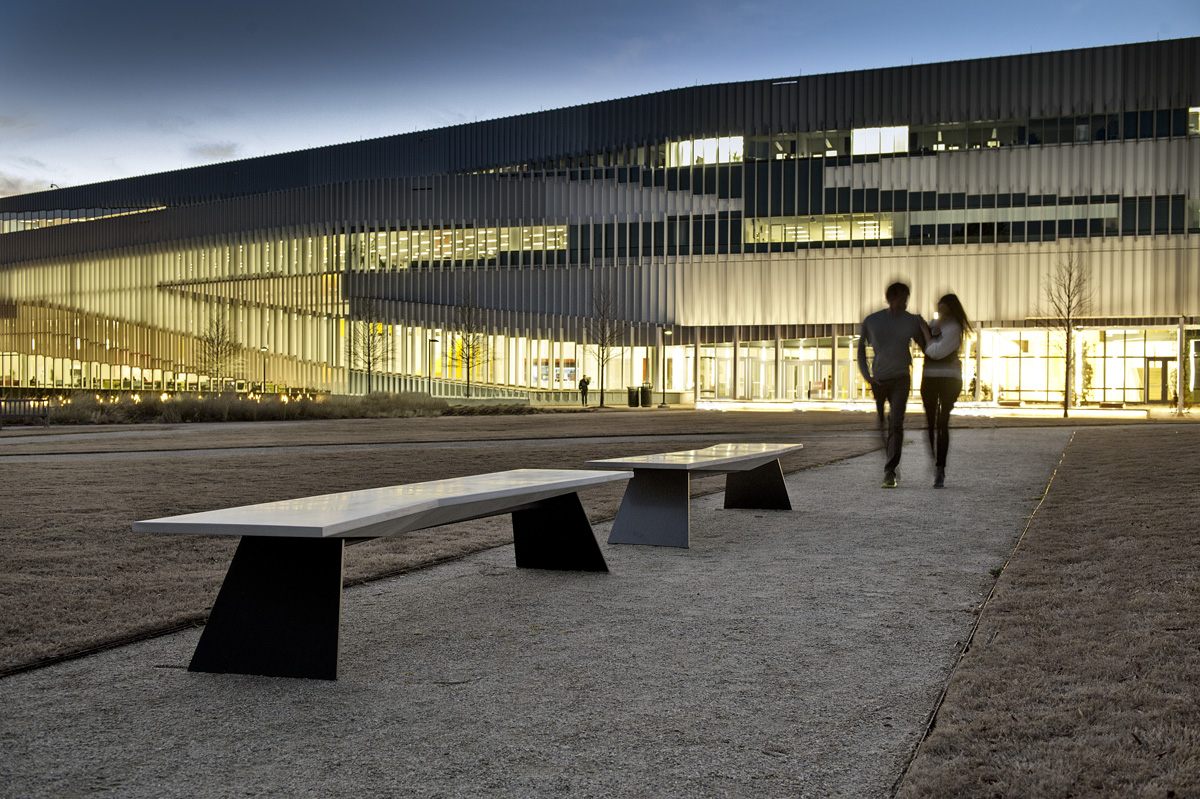 The Strata collection includes edgy benches (left), seats with backs (below), and tables. The fine edges in concrete are achievable due to Landscape Forms’ proprietary MeldStone material; the steel parts are Pangard powder coated.

“If I were to ask people to think of Paris for a moment, or New York, or Chicago,“ says Kirt Martin, the vice president of design and marketing at Landscape Forms, “most of them would say: ‘Well, I’m standing outside and I smell the city, hear the city, and feel the energy.’ ” Yet, design in outdoor spaces is not always approached creatively. “There is a huge opportunity for designers to transform what it means to be in public spaces,” he says.

So when Landscape Forms engineered a proprietary blend of high-performance concrete, MeldStone, it teamed up with San Francisco–based designer Jess Sorel to articulate its innovative attributes. “The mix design for MeldStone takes advantage of particle shapes and sizes smaller than a human hair and capable of extreme compaction,” says Rick Utting, Landscape Forms’ director of strategic initiatives.

This allowed Sorel to create cross sections of variable thickness, making his designs appear visually light while remaining structurally robust. The result of the collaboration was Strata, a family of outdoor tables and benches that plays with people’s perceptions of cast concrete as an unwieldy material. “Cast concrete has an incredible history in architecture, but as far as creating refined pieces of furniture out of it, it doesn’t have the same sophistication,” says Sorel. 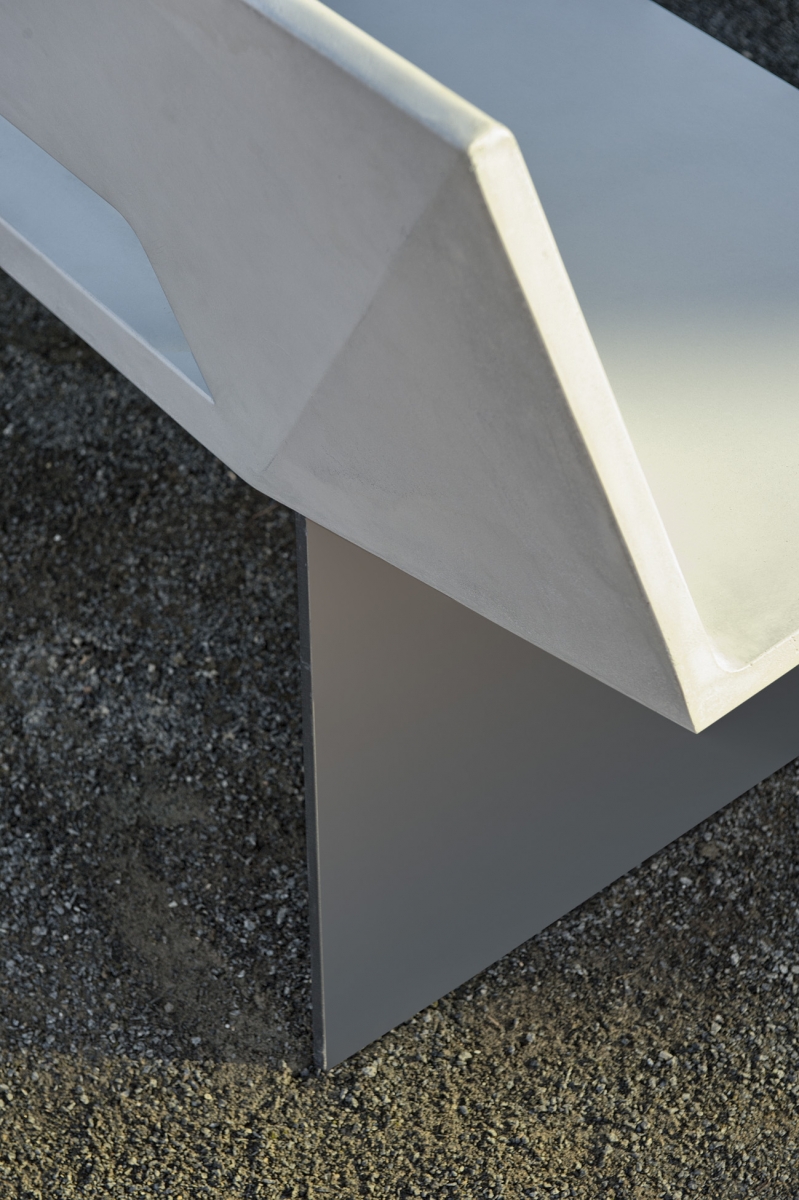 For Sorel, a seasoned designer in office and hospitality settings, the human factor was also crucial. At the core of his design was a quest to understand what people gravitate towards: “How something like a bench or a table gets used to create boundaries, to manage the flow of traffic in spaces, or to actually carve out a more private space in larger outdoor settings.” The individual elements in Strata can be recombined in a number of ways. The benches can be placed either end-to-end or at 90-degree angles, and the tables can be grouped together to create intimate spots for reflection or bustling conversation areas. “As opposed to being absolutely prescriptive,” says Sorel, “there is this intentional ambiguity that allows the planner or the user to interpret its use.”

MeldStone’s ability to withstand heavy use makes Strata ideal for large public spaces such as parks, college campuses, and hospitals. It brings designers one step closer to tapping the full potential of concrete furniture. “There was a point when people didn’t understand what bent plywood was, but then Ray and Charles Eames came along and created the Eames chair. This isn’t that far away from that new meaning, that new opportunity, if you really want to jump at it,” says Martin. “That opportunity is what really sounds exciting for us.”