Konstantin Grcic and Abet Laminati Team Up for Blinged-Out Wallcovering

Konstantin Grcic and Abet Laminati innovate a process that applies crystals to laminates with a light hand. 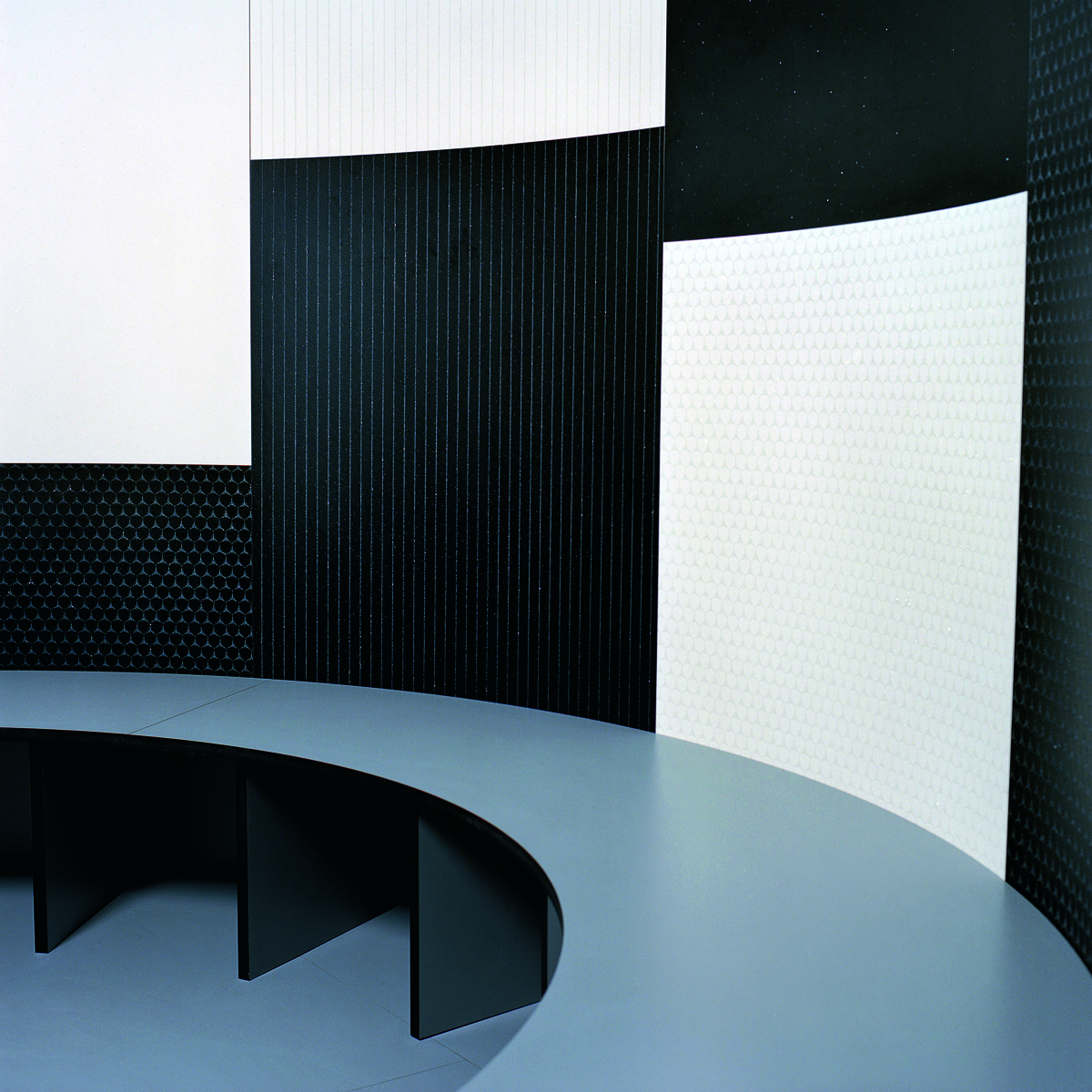 Ray and Peak are two surfaces developed by Konstantin Grcic for Abet Laminati.

Using a unique compression technology developed by Abet Laminati, ten pieces of paper, a resin, and Swarovski Elements are all pressed together without the crystals being damaged. There are three patterns: one pinstripe (Ray) and two geometric (Peak and Bling) on black or white backdrops.

At first instinct, the pairing of industrial designer Konstantin Grcic, known for his minimalist designs, and Swarovski, which is practically synonymous with the term “bling,” may seem a bit odd. But that paradox is the strength of Grcic’s Crystaline surface collection for Abet Laminati.

The collaboration began in 2010 when Swarovski masterminded a series of partnerships between designers and manufacturers, and Grcic and Abet Laminati were paired together. “The basis of this project was to link crystal elements with the furniture industry,” explains Grcic. “My idea was to create a material rather than a product, so that the material itself could become part of the industry.” He found his inspiration at Swarovski’s headquarters, where he was shown a postage stamp with crystal applied to it. “That started me thinking,” he says. “Laminate is, after all, made of compressed paper soaked in resin.” 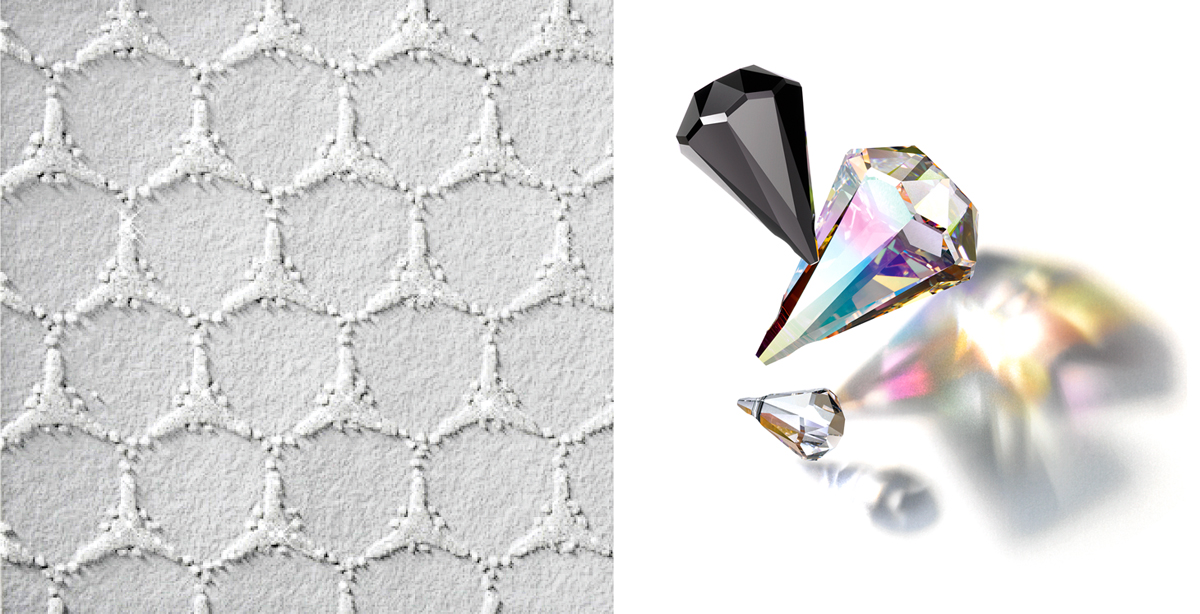 Left: A detail shows the Swarovski Elements applied to the surface. Right: The elements up close.

The laminate can be used as a covering in any interior, and is ideal for use in a luxury restaurant or hotel.

The team wanted to apply Swarovski Elements to paper in a way that had never been done before. The challenge lay in not damaging the crystals during the process—laminate is produced by compressing resin-impregnated paper with 1,280 pounds of pressure per square inch. It took Abet Laminati six months to research and develop a special compression system that would not crush the crystals. “It reminded me of a highly technical version of a child sprinkling glitter onto glue and paper and giving it a shake,” says Grcic.

The final result is the Crystaline collection, which consists of three elegant patterns in black or white—Ray, Peak, and (of course) Bling—all of which reflect Grcic’s minimal hand. “All three use crystals sparingly,” he says. “The effect of the crystals is so strong that a few seemed to look more precious than many.”