A Lighting Solution That Doubles as a Partition Wall 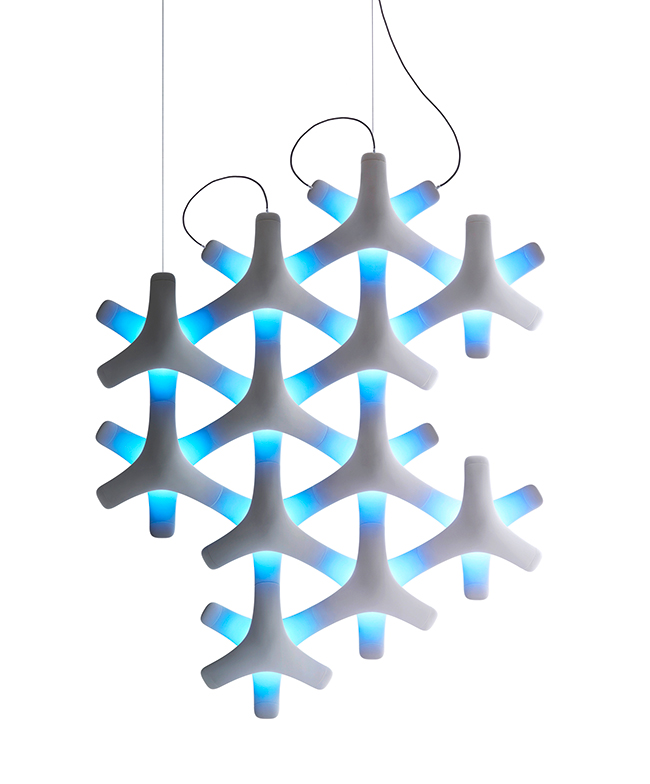 The use of advanced RGB LED technology allows the light to be white or colored. The light produced by the module bounces and is pulled back into the space, so the same object both produces and diffuses light.

Francisco Gomez Paz owns two homes—one in Italy, the other in Argentina—that share one important aspect: “My houses are open spaces,” Paz says. “I really needed some dividers, but not a wall—just a new ﬁlter.”

As Paz observes, an open-plan living space is quite common today. “There’s a well-deﬁned need for living in spaces in new ways,” he says. “That’s something of our generation. Houses are smaller and people have also decided, because of social changes, to pull down walls to create wider spaces.”

Paz sought to create layers to manage this new way of living, but using light rather than thick, heavy walls. Finding such a solution meant thinking beyond standard design. He worked with the lighting company Luceplan to tackle the challenge. “The world where I intended to work was a bit special,” he says. “It stands between objects and architecture.” 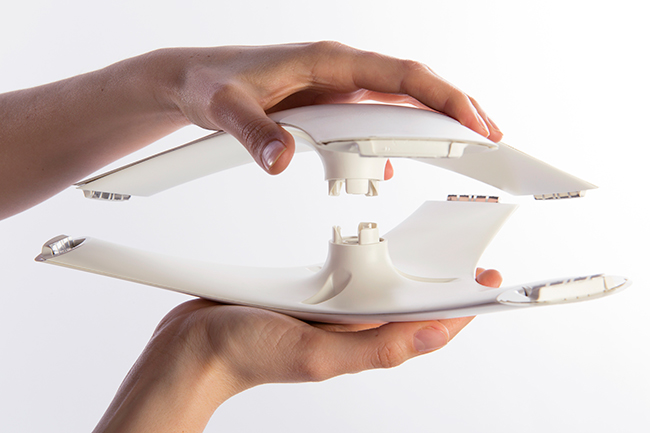 Each module is a smart cell that, when combined with other smart cells, creates illuminated surfaces of any size. Inside you have a three-legged circuit board, and a special material that transmits electricity from one module to the other.

Having worked with Luceplan in the past, he knew the company shared his goal of ﬁnding new typologies for objects. “There are many opportunites to change the rules of lighting,” Paz says. “Many companies are using the logic of the past. In my opinion this is completely wrong.” And breaking the rules can be fun. “The process of creating Synapse was like sculpting—except I was using light and shape.” 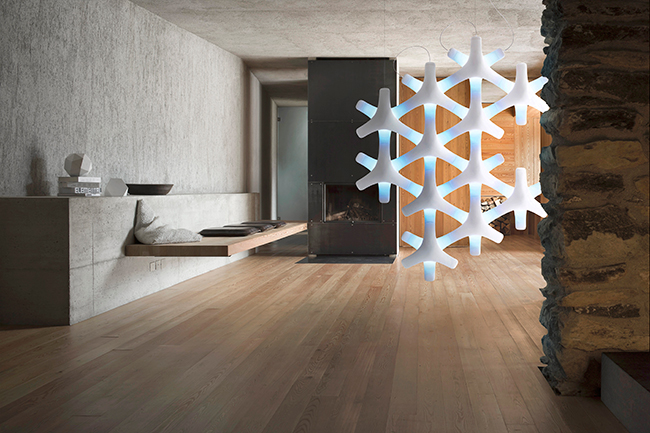 The resulting surface is self-structured and can be hung from the ceiling. 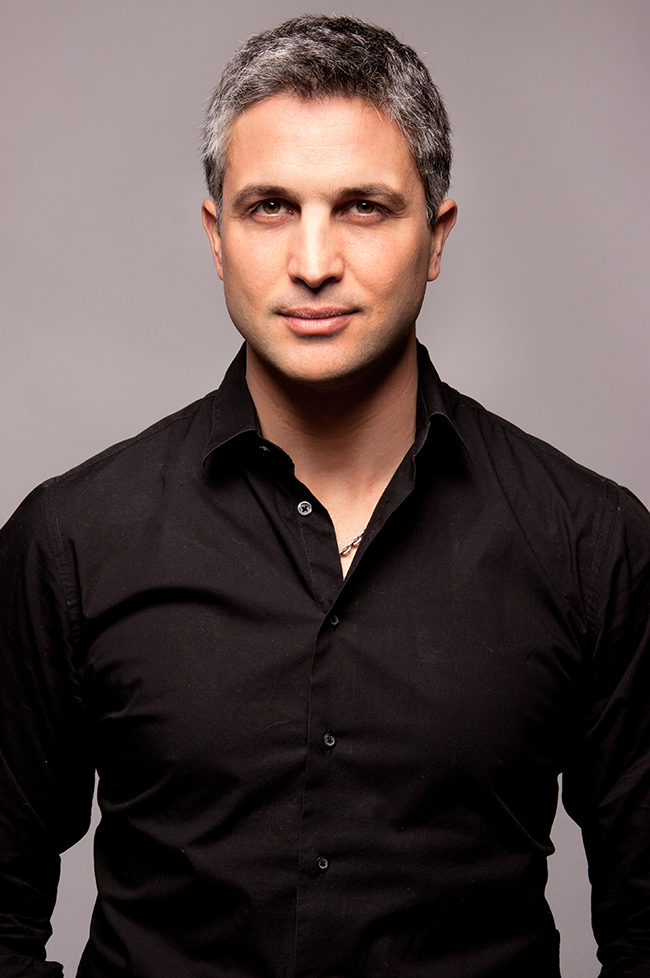 FRANCISCO GOMEZ PAZ (b. 1975) has received international recognition for his work, including the Good Design Award 2010, Red Dot Award 2010, Compasso d’Oro 2011, and the Prize of Prizes for Innovation in Design from Italy’s president, Giorgio Napolitano.