Those of you who went to Milan this year had a lot on your plates. You navigated the ever-expanding array of booths. You deduced which satellite events were skippable. You managed to get some interviews amid exhibitor-buyer talks that increasingly resembled Hungry Hungry Hippos. You even found your way back to the hotel, despite the […]

Those of you who went to Milan this year had a lot on your plates. You navigated the ever-expanding array of booths. You deduced which satellite events were skippable. You managed to get some interviews amid exhibitor-buyer talks that increasingly resembled Hungry Hungry Hippos. You even found your way back to the hotel, despite the trains shutting down before you finished your prosecco! And this was all before some volcano erupted!

With all of the distraction, you could be forgiven for overlooking a trend or two. Particularly this one. It’s the latest example of an obscure-but-intriguing furniture-design trope that I would hereby like to dub Piles of Chairs.

Piles of chairs. I’ll wait a moment for that to sink in.

This year’s incarnation of Piles of Chairs appeared in the Nendo booth, where the Japanese design studio presented its “Chair Garden” (above). Basically, the concept is this: What would happen if a stool started growing? Naturally, it would sprout a backrest and become a chair. Growing armrests would make it an armchair, or perhaps a bench. Presuming this process continued, the furniture would keep multiplying—until bam! Piles of Chairs. In Milan, the concept was presented in the form of millions of tiny seats spilling out of flowerpots. Hopefully they’ve hired some in-house geneticists and we’ll get some working prototypes–Nendo, shall we shoot for ICFF 2011?

Nendo’s presentation is brand-new, but Piles of Chairs has actually been going on for quite some time. Perhaps it started in 2001 with Studio Makkink & Bey’s Tokyo Daytripper: 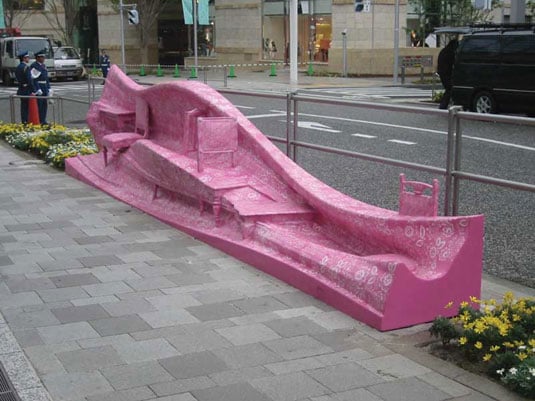 Here we have a pile of chairs covered in fabric and solidified with fiberglass. Each piece of furniture corresponds to the height of someone’s “street-sit,” as Mr. Bey himself observed. (Also, this is what would happen if there were an accident with the tablecloth bomb in your apartment. Consider yourself warned!)

Two years later, the sculptor Doris Salcedo picked up this idea and took it to its logical extreme: 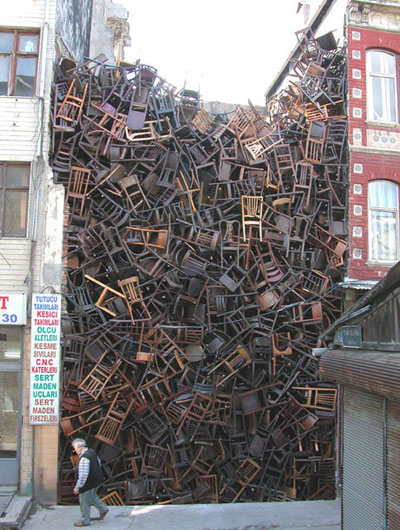 This is Salcedo’s 2003 installation, Untitled, for the Istanbul Triennial.  As you can imagine, after this piece happened, Piles of Chairs really took off.

In 2004, Martino Gamper did a tentative chair pile for his Berlino Bench . . . 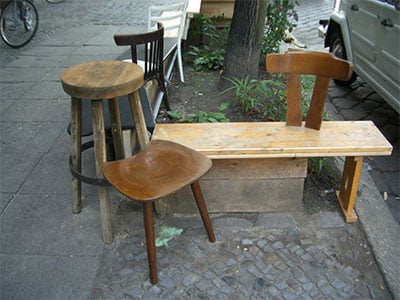 . . . and by the next year, Piles of Chairs was a full-scale trend.  Just look at one of Maarten Baas’s landmark pieces, Hey, Chair, Be a Bookshelf!: 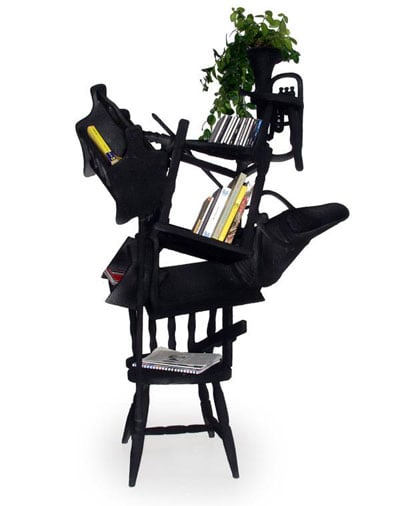 Which is a pile of chairs repurposed as a bookshelf.  This also belongs in the larger category of furniture we like to call Assemblage You Put Crap In (which is not to be confused with the more widely known Pile of Crap + Glass = Coffee Table.) Trend reports for another time, perhaps.

By 2007, Piles of Chairs had reached an important mass-distribution threshold with the introduction of “Chair Game” at the MoMA Store: 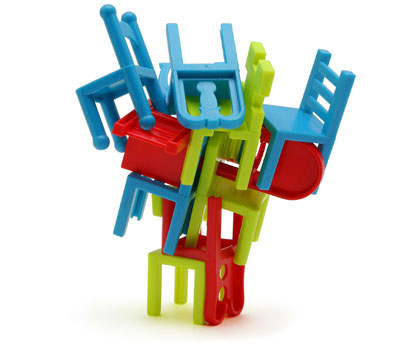 Which is basically like Jenga but more design-y. It costs $20, which seems like a good investment considering it will keep your kids from doing this with your new dining set. 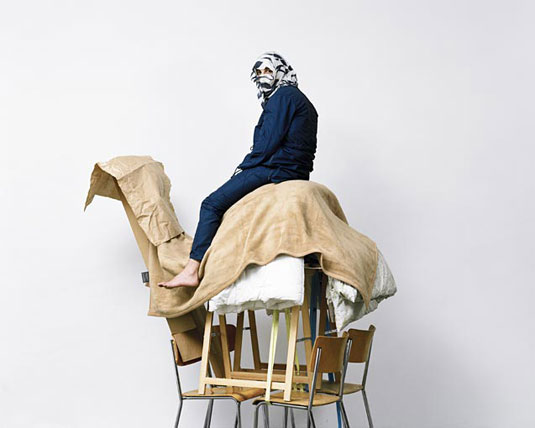 Bouncing again to the art world, Piles of Chairs was picked up by Geoffrey Cottenceau and Romain Rousset, of Gneborg, who used it in Bedoin (above), among other pieces. Yes, it’s a camel. You’re welcome.

As you can see, Piles of Chairs is everywhere now. There is even a British designer named Karen Ryan who makes it basically her life’s work: 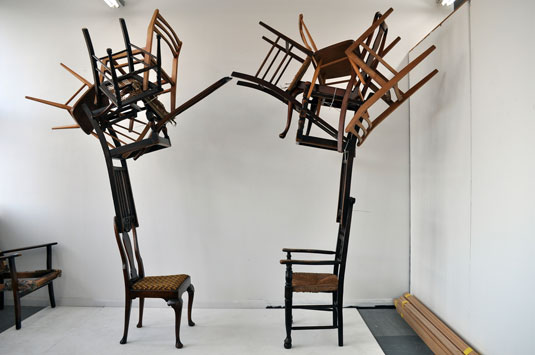 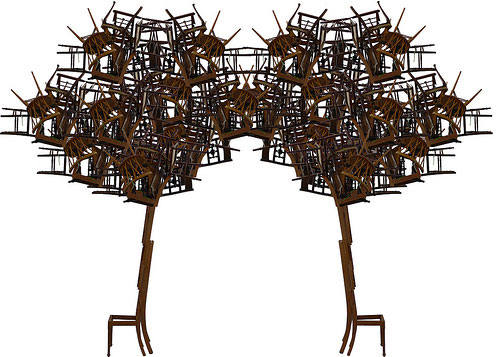 There you have it! Piles of Chairs, going strong for nearly ten years. We’ll see if it continues now that it’s been named, although I’ve got a hunch that young designers’ recession-based hoarding instincts will keep “pile-of-things”-based design alive for years to come. You heard it here first!

.
Related: At the 2009 ICFF, Kristi Cameron noticed a profusion of wood furniture on the show floor. In his monthly Productsphere column, Paul Makovsky highlights design trends (obscure and otherwise) from around the world. Last month, Elizabeth Evitts Dickinson wrote about new furniture prototypes made of tennis balls, wool blankets, and concrete.