Why Are We So Obsessed With the Chair?

What lies behind our endless fascination with chairs

If you look up Industrial Design on Wikipedia today, these are the pictures included with the article: an iPod, a blender, a rotary phone, a typewriter, a guitar, a car, and a chair. It is the last of these objects that I’m thinking of today. As I’m drinking coffee and writing this, I sit on a chair. The chair I am sitting on is certainly not the product of a brilliant industrial designer. It does serve its function as ‘chair’, so it must have followed some sort of design. It’s made of cheap particle board, has a trapezoidal seat which gets wider toward the ledge, and a slightly obtuse back rest made up of a frame and three vertical slats. To be honest, it’s not very comfortable. But it does serve its purpose, at least until my back starts aching and I’m forced into all kinds of neurotic personalized stretches.

Whenever people talk about industrial design, the chair is almost always one of the main cultural objects discussed. Indeed, almost every famous designer or architect has their signature chair: from the first industrially mass-produced No. 14 chair by Michael Thonet, to the Bauhaus like Walter Gropius, Ludwig Mies van der Rohe, and Marcel Breuer, to more modern designers like Alvar Aalto, Charles Eames, and Arne Jacobson, to name a few popular figures. So, why the chair? An over-simplification of industrial design goes something like this: we need objects that function, and most aren’t found ready-made in nature. So someone somewhere needs to conceptualize what it should look like, how it’s made and with what materials, and how we interact with its functionality. The degree to which aesthetics, artistry, and innovation come into play can vary from non-existent to excessive formalization. Great industrial design sits at the crossroads between form and function. 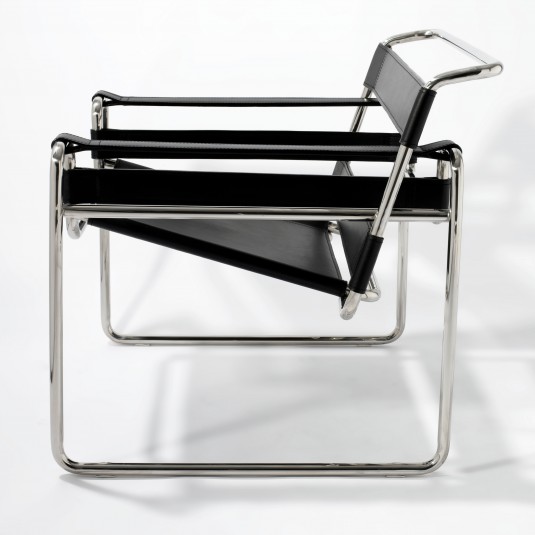 Now, the simpler it is to derive the function of an object, the more personalization a designer can inject into its form. The chair is one object that effortlessly offers up its purpose, meaning its function is relatively easy to achieve. For example, with an mp3 player, a blender, a typewriter or a telephone, all must contain mechanics and/or electronics as well as exhibit simple user interface, and this can greatly limit the design possibilities to serve their function. For a chair to be symbolically recognized as such, it needs only to be somewhat elevated and to have somewhat of a flat surface roughly the area of a human posterior. Because the qualifications are so basic, the chair has a wide multitude of aesthetic possibilities without compromising its core function. Let’s think of an early primitive caveman exploring the virgin landscape around him about four million years ago. This Australopithecus had just gotten a tibia upgrade and has started walking around, seeing over tall grass, and using his newly-freed hands to pick things up and examine them, all of which could be very tiring activity. He comes to a rock, one of the oldest and most natural objects in nature, in-itself serving zero purpose for living beings, just sitting there. But that’s it, the rock sits, and our hominid plops down on its rugged surface, to have himself a sit as well. Is he the first industrial designer? Not really. He didn’t design anything, if anything, he is simply a survivalist. But he did transform a natural object into a cultural object simply by giving it a function: something to sit on. The rock became a tool for rest. 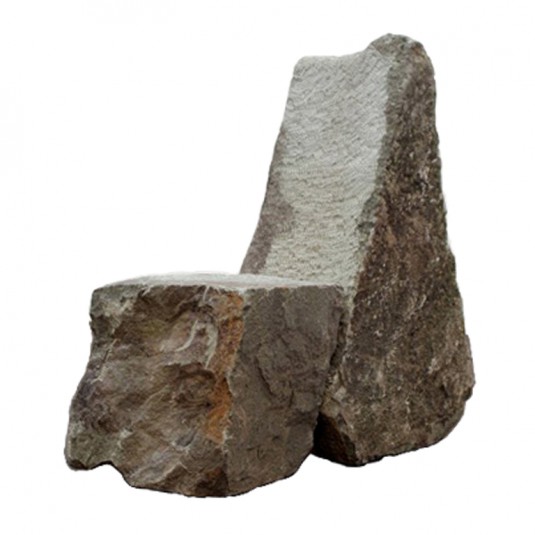 But not just for rest. This chair also became a tool for contemplation. I’ve already talked about this hominid’s newfound abilities: standing upright gives him a wider range of vision and more available hands. Seeing more in the distance, and holding more things for up-close inspection greatly increases the amount of sensorial information to process. And what better way to have a good think, than to have a good sit along with it? In imagining the possibilities to transform the natural world into one of anthropologically-based functionality—giving objects a human meaning, naming, claiming, and possessing them—the rock-turned chair would be relocated, reshaped, and redesigned, and ultimately, signed and branded.

Perhaps this is why the chair is so important for designers. Design begins with new ways of looking and imagining how form can serve function, and how we can transform raw materials into culturally specific objects. In contrast to the pure necessity of function, which has no use for aesthetics or individualistic expression, a designed object comes from the leisurely negotiation of function and form. If function is more natural and form is more cultural, than the difference between sitting on a rock, a stoop, a ten dollar Ikea folding chair, or million dollar Pininifarina desk chair, is simultaneously participating in the natural act of rest as well as the cultural act of creation, or at least creative recognition. Our caveman may have lacked culture according to our standards, but the conditions of survival that he had to negotiate opened up the evolutionary possibilities of creation that today’s designers take as their primary raw material. Now, if you excuse me, I need to do some stretches.

Michael Zunenshine is a writer living in Montreal, Canada. He has worked as a professional writer in a wide variety of industries, and is now pursuing his own creative and editorial projects. Some of his work can be read at thenormalmachine.com. He welcomes any comments or feedback to [email protected].