Demolition of the Morosco Theater, 1982

The one and only time I was arrested, I was in pretty good company. Along with Joseph Papp, Christopher Reeve, Richard Gere, Susan Sarandon, among many others, I was booked for criminal trespassing, protesting the demolition of five historic theaters near Times Square. All of them were later razed to make way for the (still hideous) Marriott Marquis Hotel. That event—subsequently called The Great Theater Massacre of 1982—helped galvanize New York’s theatrical and historic preservation communities.

At the time I had no official connection to architecture and planning, but I knew in my gut that the city was making a huge mistake; knew that it was insanely shortsighted to tear down unique, irreplaceable cultural assets. Even more galling: the protesters were taking a nuanced position. We wanted to save two of the imperiled theaters, the Helen Hayes and the Morosco. Joe Papp, a man not widely known for nuanced positions, said time and again: We’re not against the hotel—we support the redevelopment of Times Square—just save these two theaters. Several times he led us in loud, raucous “Build Over!” chants. But the city was having none of it—the site was wiped clean.

Today, it’s easy to think of the preservation of the theaters as somehow preordained, an urban design no-brainer. But in the early 1980s, the city was anxious to redevelop Times Square and did not appear fully committed to saving the theaters. It took a small army of civic activists to steer the course of history in a different direction. One of those unsung, behind-the-scenes heroes was Jack Goldstein, a longtime official at Actors’ Equity, former executive director of the Theater Development Fund, and a consultant. Goldstein was a participant in the 1983 Exploring the Metropolis conference that articulated many of the planning ideas that later became public policy. He is currently writing a book about Times Square and the larger issue of consensus development. I recently spoke with him about the history behind the preservation of the theater district, and the insane energy of today’s “Crossroads of the World.”

Martin C. Pedersen: Tell me about your involvement in Times Square and the preservation of the Broadway theaters.

Jack Goldstein: I came to the issue from serving on the advisory council for the Landmarks Preservation Commission in Washington. At the time, demolition of the Helen Hayes and the Morosco theaters was being discussed at the federal level. When the decision was made to allow the demolitions, I moved to New York and made my services available to those who were trying to prevent the loss of more theaters. I arrived in the spring of 1982 when those demolitions took place and was put to work immediately by Lenore Loveman and Sandra Lundwall of the Committee to Save the Theaters, which was formed by Actors’ Equity to try to create a strategy that would accomplish three things. Since it was clear that the city no longer recognized the value of the historic Broadway theaters, number one on the agenda was to bring to bear whatever legal disincentives to demolition were available and apply them to the historic theaters. Their special geometries and extraordinary acoustics made them essential to the actors’ craft and absolutely irreplaceable by modern standards.

MCP: You did all this pro bono? You came up to New York and volunteered your services?

JG: Yes, I did. I then became engaged by Actors’ Equity and went on to help form Save the Theaters Inc. as a founding member of that organization. The second item on the agenda: the city was also preparing to send to the Board of Estimate (then the highest legislative branch of government) a new zoning ordinance designed to shift high-density development from the east side to the Midtown West area, where the theatre district was centrally located. Not only were there no provisions made for the preservation of the theaters, but in looking at both the language of the proposed zoning and recent history, it became clear to us that further theater demolitions were bound to take place. 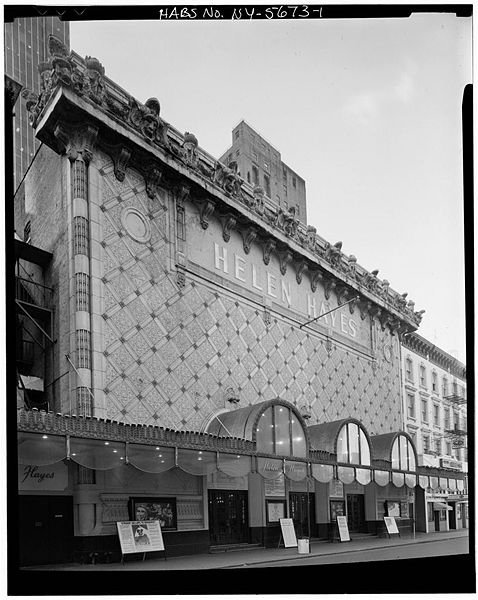 Courtesy the Library of Congress

MCP: When the Save the Theaters alliance was formed, what position did the big theater owners, the Shuberts and the Nederlanders, take?

JG: None of the theaters demolished to make way for the Marriot Marquis—the Helen Hayes, the Morosco, the Bijou, the Gaiety and the Variety—were owned by the big players, so they were very much in favor of the hotel development, and were against our idea of delaying the project so that plans could be made to build over the Hayes and the Morosco theaters. The last issue on our agenda was to convince the city to delay the introduction of that new zoning ordinance, so we could craft special language for parts of the ordinance that would have an impact on the theater district. Eventually, we succeeded in accomplishing this.

MCP: How did you manage to do that?

JG: There was so much public disappointment at the city regarding its attitude towards the theater demolitions that it put in doubt the success of the new zoning ordinance. Also at that point on a parallel track, the city was working with the state to redevelop 42nd Street. Those were two key policy items for the Koch administration and the state, and the bad publicity surrounding the demolitions placed both of those initiatives in doubt. So the city made a political decision, which was to carve out the theater district from that larger ordinance and set up a group called the Theater Advisory Council. It was made up of representatives of the three major theatre owners, the unions, the public-interest community, lawyers, architects and planners. 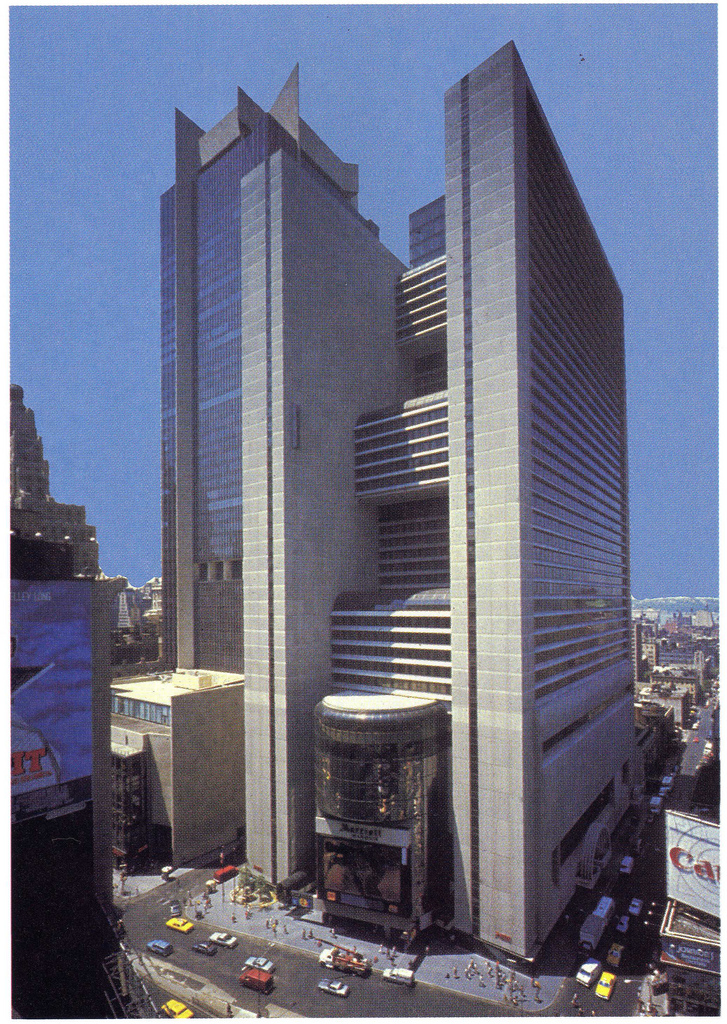 MCP: That group played a crucial role in the preservation of the Broadway theaters.

JG: Ellen Burstyn served as the official representative for Actors’ Equity with me in tow as her content analyst and eventual coauthor of the final report. I can tell you we worked hard for two years. There were 21 meetings of that council to come up with a package of proposals that could be endorsed unanimously by that very diverse group around the table. While not everyone would sign on to designating the theaters as a policy recommendation, the group consensus was that the landmarks commission should be free to treat the Broadway theaters as they would treat any property in terms of reviewing its eligibility under the language of the law. The advisory council recommended a series of zoning steps that would, through the mandating of setbacks and super signage, preserve the prominent visual and kinetic excitement of Times Square as a place. It also recommended an expanded transfer of development rights for the theaters, with the imposition of a use covenant that would pledge the buildings, for all intents and purposes in perpetuity, for theatrical use. These were the basic set of recommendations that came out of the Theatre Advisory Council, and in most respects, this was the agenda that was finally enacted. There are probably more layers of public policy and law in that small area than any other place in the United States. 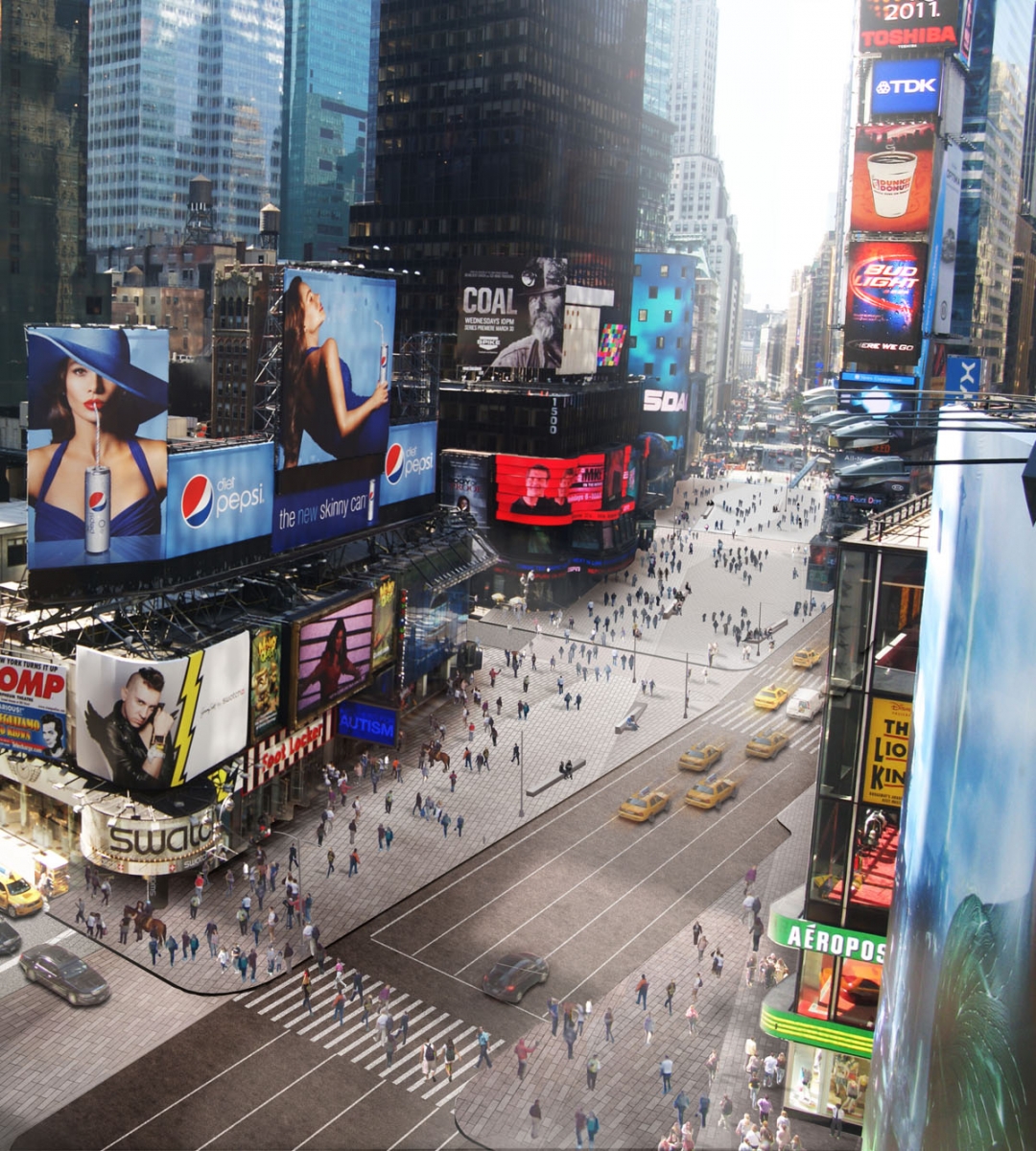 MCP: As someone who was involved in reshaping that area, what do you think of Times Square and the theater district today?

JG: I’m of two minds. It’s such a 24-hour event environment now that I find it somewhat overwhelming and chaotic in a way that it never was. But it’s also a tremendous planning success, in that you have about six or seven million square feet of office space, integrated into a small area with forty unlikely, nonconforming buildings. So when I go to Times Square, I know what’s going on backstage in the theaters, and out on the streets, and in those office buildings, and it all somehow operates successfully. But it’s terribly overcrowded. Snøhetta is a wonderful firm, and I’ve seen their proposal for the plaza spaces, and if anybody can rationalize them, it’s them. But I would have preferred that those plazas never happened. The city created a financial boom, because it’s such rentable event space now. But to me, it’s diluted the special quality that Times Square had when it was occasionally closed off and you had those extraordinary gatherings. Now it’s special events 24/7; it’s a different place. In a way, the district’s identity has eroded as well. There was a time when theater was the primary business there, and you saw the business of theater happening on the streets. People met; projects were discussed. That local experience is gone. I can’t regret that it’s gone, because it was inevitable, but I’m glad I experienced it.

MCP: You were a key player in the development of the TKTS ticket booth and the bleachers in Times Square. How did that happen?

JG: I’ll take credit for that, because I was the executive director of TDF and the design competition was my idea. The board was understandably leery about throwing open such an important financial source to a public competition, but it was the 25th anniversary of the tickets booth. And I thought it was time for a new image. It was a terrible place to work for the ticket takers. So we held a design competition and engaged the Van Alen Institute. Ray Gastil and Casey Jones did a fabulous job. They produced a good set of guidelines and put together an excellent jury. I was comfortable taking a hands-off approach, because I felt our interests were secure. I couldn’t be more pleased about that period in my life, professionally, and about that whole process from beginning to end, as far as laying the ground work, finding the right people to manage the competition, and the ultimate result.