Achieving the Living Building Challenge certification is like sustainability boot camp. A building can only be evaluated after it has been built, and then the process takes a year. Very few projects manage to live up to the exacting standards of the Challenge –  three buildings were finally found worthy last year. But last week, […]

Achieving the Living Building Challenge certification is like sustainability boot camp. A building can only be evaluated after it has been built, and then the process takes a year. Very few projects manage to live up to the exacting standards of the Challenge –  three buildings were finally found worthy last year. But last week, the Energy Lab at the Hawai’i Preparatory Academy became the fourth certified Living Building in the world. This in itself is cause for celebration, but the achievement is all the more significant because the building is a school. 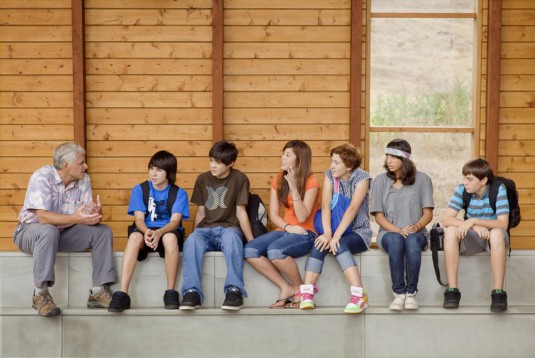 Over the past four years, the Hawai’i Preparatory Academy (HPA) has been consistently looking for ways to go green, holding events and workshops to introduce ecological ideas to educators and students.  The idea for an Energy Lab was born at one of those workshops, as a place where school students could actually study sustainable systems. The director of the lab, science teacher Dr. Bill Wiecking, had an idea that Hawaii, an island with finite resources, is a great analogy for our planet itself. If the next generation could look closer, experiment, and find solutions here, they might have something to teach the rest of the world. 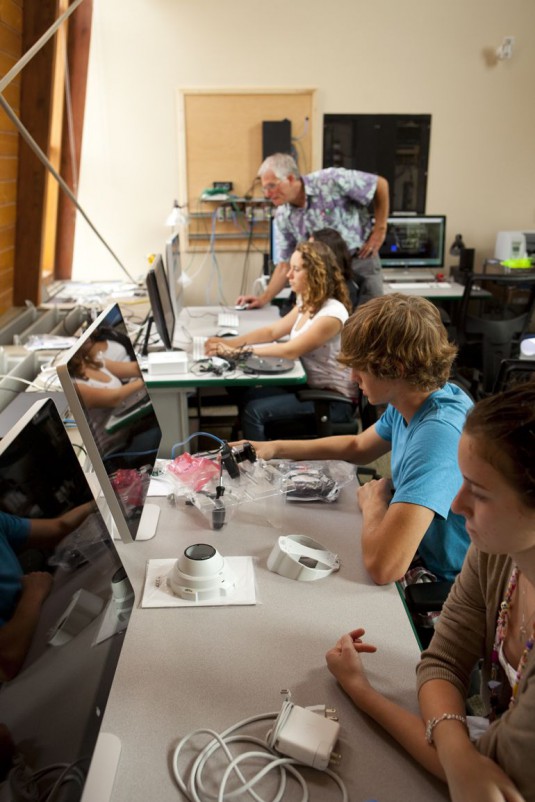 The 6,112 square-foot facility was designed to make students aware of their impact on the environment. The architect, David Croteau of Flansburgh Architects in Boston, turned to the architecture of Hawaiian modernist Vladimir Ossipoff for inspiration. Ossipoff was known for harmonizing buildings with their natural context, harnessing the power of the sun and the wind. He used these techniques to great effect in his buildings on the Punahou School campus, Honolulu – President Obama’s alma mater from 1971 to 1975 – orienting the classrooms towards the trade winds, and using large Hawaiian-style lanai doors for cross-ventilation. 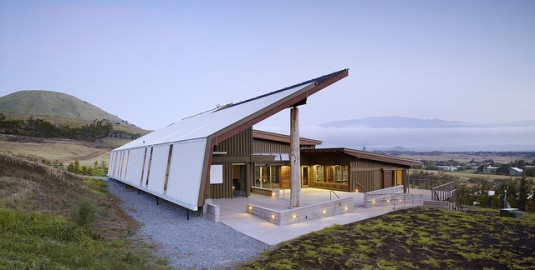 Following in Ossipoff’s footsteps, the Energy Lab brings the outdoors inside, giving students a range of spaces to work in – workshops, airy conference spaces and open-air classrooms. The beautiful traditional pitched roof draws the inland breeze into the interiors, and an ingenious cooling system uses the cold night air to chill water, which then absorbs heat from the building during the day.

Solar panels and wind turbines work to generate all of the Lab’s energy needs – surplus electricity is used up by HPA’s other buildings – but they also double as learning tools. Students compare the performance of three different types of solar panels, and they test out different scenarios to learn how to maximize energy efficiency. The focal point of the Lab’s interior is a set of giant screens, displaying real time information on energy use, temperature and CO2 levels, collected from 480 sensors. The screens are visible from everywhere in the building, so students can keep a constant eye on just how efficient their building is. 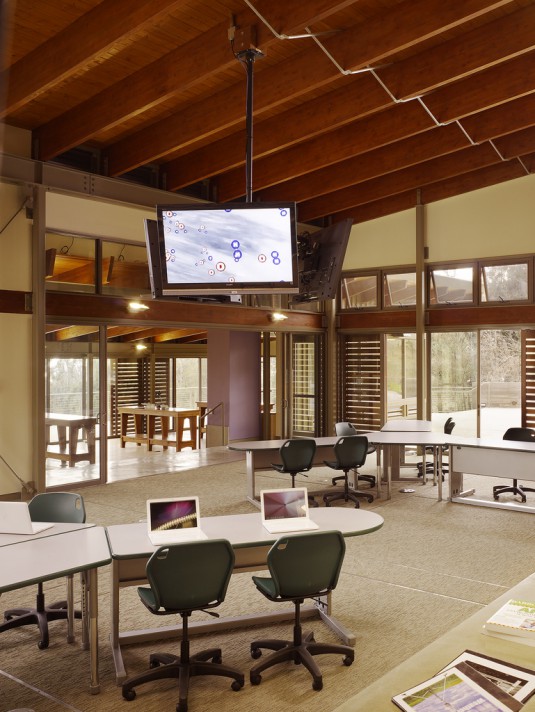 Hawai’i has some of the highest energy costs in the United States, partially because it depends so much on non-renewable sources of energy. But its natural resources also make it one of the best places to see the potential of clean energy. HPA’s beautiful, self-sustained Energy Lab is a valuable showcase of how young people can be deeply engaged in realizing that potential. This living school is an education to us all.