A Multitude of Dimensions

I’m an avid reader and a patron of New York’s public transportation system, but so far I’ve avoided e-readers. My friends don’t quite understand this, as they eye my massive book bag, and despite my reasoning (I make notes in the margins, highlight, and flag with Post-Its. How will I remember where a particular part […]

I’m an avid reader and a patron of New York’s public transportation system, but so far I’ve avoided e-readers. My friends don’t quite understand this, as they eye my massive book bag, and despite my reasoning (I make notes in the margins, highlight, and flag with Post-Its. How will I remember where a particular part I’m thinking of is? Won’t the screen bug my eyes?) they continue to tease me. The problem with living in the “app-for-that” world is that if you object to anything electronic, someone has already addressed it, packaged it into an icon for your screen, and will probably charge you $1.99 for it.

Entering the exhibit, Graphic Design—Now In Production, organized by the Cooper-Hewitt National Design Museum (Ellen Lupton) and the Walker Art Center (Andrew Baluvet), I realized instantly why I can’t give up paper: Books are more than just words on a page (or screen.) No matter how many colors you can get on your latest e-reader, the design will never come close to the way in which graphics and typography on paper change the experience of looking, reading, and imaging.

A perfect blend of art and design, graphic design has the ability to change your opinion of an object, idea, or brand. You can say you can’t judge a book by its cover, but looking at the books designed by Chip Kidd and Paul Sahre, it’s hard not to wonder what lies between the pages behind their striking covers. The words on your e-reader will still be the same, but you’ll be missing something. 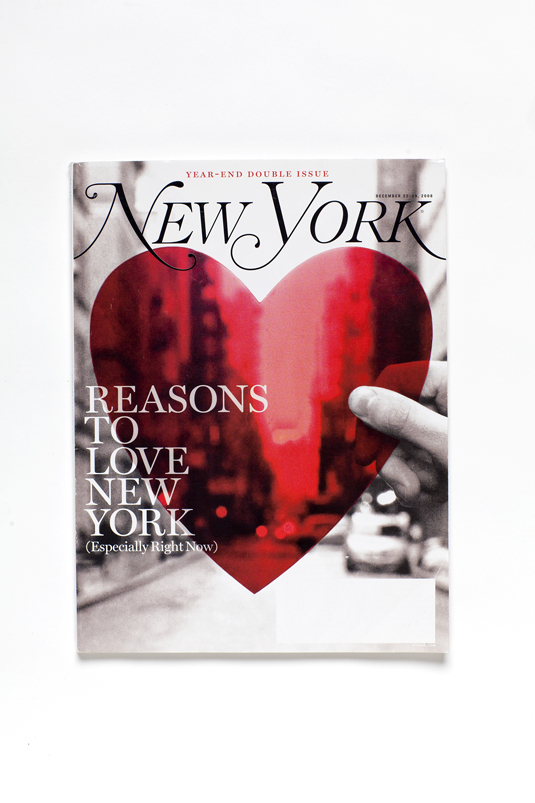 That “something” is displayed in the show in a way that can only be done through physical objects like posters, magazines, books, information design, branding, typography, storefront, and film and television titles. While in our everyday lives we’re constantly bombarded with graphic information, the way in which the curators have chosen to display each piece removes these object from being seen as mere information. Instead, each piece is an artwork.

Walking through the exhibition, I was instantly aware of this change from information to art. The left hallway from the entrance became a tunnel of branding, typography, film and television titles, books, and magazines rising up from both sides. Here, logos are taken off the billboards and placed next to their predecessors–the exhibit allows you to vote for which design is more attractive, the old or the new. Typographic forms including Process Type’s Anchor, Peter Bilak’s History, and Lineto’s Akkurat are blown up with explanations of their unique qualities. (It turns out that there are a lot more font choices out there than the over-familiar Times New Roman and Arial. You may never again be fully satisfied with how your documents look!) 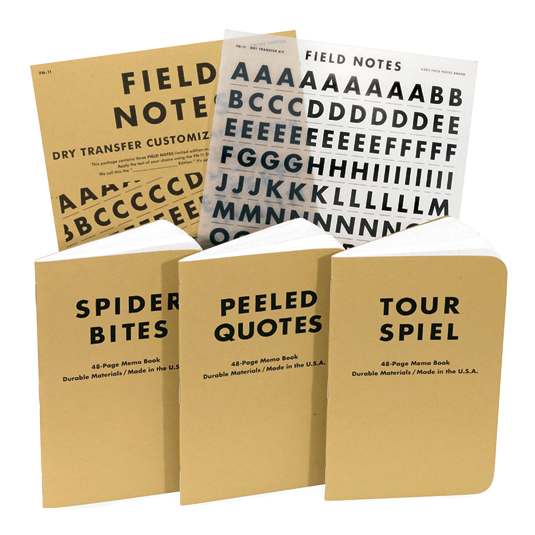 Although my disdain for e-readers is real, my walk through two-dimensional designs and page layouts reminded me of our culture’s evolution towards the electronic. As the curators state, today the electronic media opens the door for new explorations in magazine and book distribution. In an interview with Metropolis this month, Ellen Lupton said that the use of the word “production” is intentional, suggesting that graphic design is intricately involved in creating answers to problems in the real world. “Designers are seeing their profession as a tool kit that they use in a lot of different situations,” she told the magazine. If the problem is making sure design isn’t left behind by the newest trends, graphic design is a Swiss Army Knife. This is particularly evident in the three-dimensional products on display.

At times it’s hard to remember how much graphic design moves into the realm of product design. For example, Peter Buchanan-Smith’s “First Aid Kit” for Best Made Products takes the traditional white plastic box, piles of gauze and bandages, mini scissors, and antiseptic pads, then adds clear directional markers, color, and packaging to create a well organized and cohesive kit. Similarly, Mike Perry’s hand-painted “Eames Eiffel Side Chair” is displayed as an example for promoting the revival of drawing, painting, and letting in the applied arts.

As I left the show, the words of Andrew Blauvelt came to mind: “What is graphic design?”, he asked himself while talking to Metropolis. “I think that’s the question. Is it a process? Is it a tool? Is it a medium? It takes on different personalities depending on how people are playing with it—whether they are professionals, amateurs, or even artists who’ve appropriated graphic design as a strategy of their work.” Graphic Design—Now In Production asks this question again and again, making us aware of what design adds to our own environments in ways we may have previously ignored.

Kadie Yale is an MA candidate at Parsons the New School of Design and the Smithsonian Cooper-Hewitt Design Museum where she is studying Decorative Art History and Theory. Follow her on Twitter @ k_yale