A New Museum for Qatar

It is going to be a while before Jean Nouvel’s celebrated National Museum of Qatar blossoms in the desert. But in the meanwhile, an architecturally modest museum with a far more ambitious mission is ready to open its doors for the New Year. The Mathaf: Arab Museum of Modern Art aims to be a new […]

It is going to be a while before Jean Nouvel’s celebrated National Museum of Qatar blossoms in the desert. But in the meanwhile, an architecturally modest museum with a far more ambitious mission is ready to open its doors for the New Year. The Mathaf: Arab Museum of Modern Art aims to be a new pan-Arab center for culture and creativity, showcasing the work of modern artists from the region.

The Mathaf, pronounced MAT-haff and simply meaning “museum” in Arabic, is the third large museum project to be announced in Qatar in recent years. The expansive Museum of Islamic Art, which opened in 2008 in a building by I. M. Pei, is concerned with history – its collection dates from the 7th to the 19th centuries. Jean Nouvel’s desert rose will mostly be a Qatari exercise in national pride. The earliest pieces in the Mathaf’s collection, however, date to the 1840s. This is a museum primarily concerned with Arab modernity, considering through art some very complicated questions of identity, values and geography. 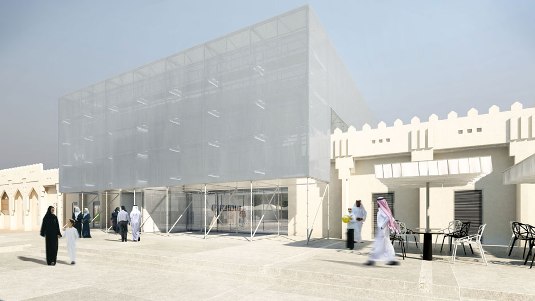 Also in contrast to the two starchitect-designed museums, the Mathaf will open in a former school building, re-worked by the French architect Jean-François Bodin. Bodin is known for his renovations of museums, notably the Paris Museum of Modern Art. At the Mathaf his gray glass-and-steel scaffolding over the entrance acts as visual shorthand for “modern,” breaking the monotony of the row of arches that passed for the school’s original façade. The scaffolding will double as a projection screen for images and videos at night. A starkly minimal white lobby extends this modernism into the interiors, where Bodin has put in two floors of galleries, a café, a shop, and an education wing with a research library. 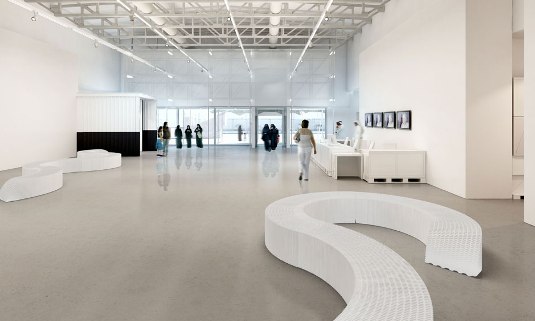 This last is especially important to the Mathaf’s identity as an institution. At the heart of its mission is chief curator Wassan Al-Khudhairi’s drive to bring Arabic works in conversation with the larger canon of modern art. She wants the museum to emerge as a center for current research, and a larger dialogue about modernism. The inaugural exhibition Sajjil: A Century of Modern Art, will showcase a selection from the museum’s permanent collection of over 6,200 works of art which were gathered over a period of two decades by art patron Sheikh Hassan bin Mohamed bin Ali Al-Thani. This collection contains both nudes and highly political works, but in the interest of creating a space for dialogue, the museum will not shy away from being provocative. 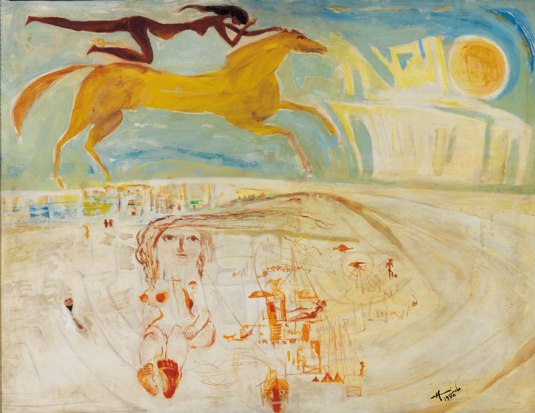 The Mathaf: Arab Museum of Modern Art will be the finishing touch to Doha’s year as UNESCO’s 2010 Arab Capital of Culture. The museum has a year or two to establish its leadership in the Arab region, before it has to contend with two more heavyweights due to open in 2012: the Guggenheim Abu Dabhi and the Louvre Abu Dabhi. But considering that the Guggenheim Abu Dabhi has demurely promised to “respect Abu Dhabi’s culture and national and Islamic heritage” in all the art that it will display, it looks like all the good art action will still be at the Mahtaf. The bold little museum may soon outgrow Bodin’s building, but for now the low-key architecture will probably be a nice foil to all the heated debates inside.