Since 1988, the National Trust for Historic Preservation has been compiling a list of national treasures, sites of architectural and cultural significance that are facing demolition or serious decay. Each year, one-of-a-kind historical places are added, cataloguing American architectural history and raising awareness of endangered cultural gems. While some of these sites are threatened by […]

Since 1988, the National Trust for Historic Preservation has been compiling a list of national treasures, sites of architectural and cultural significance that are facing demolition or serious decay. Each year, one-of-a-kind historical places are added, cataloguing American architectural history and raising awareness of endangered cultural gems. While some of these sites are threatened by new development and projects, others are simply left to deteriorate due to lack of preservation and financial resource. This year’s selection of 11 places facing a ruinous fate includes:

Bear Butte, Meade County, South Dakota
Named for the 4,426-foot mountain called Mato Paha that is shaped like a bear sleeping on its side, Native American tribal people and international visitors have been using this land for pilgrimages and spiritual renewal. This sacred praying ground for many Native American tribes has been continually threatened by proposals to develop wind and oil energy. If wind installations and oil fields are built, the cultural landscape and rituals of Bear Butte will be irreparably damaged.

Isaac Manchester Farm, Avella, Pennsylvania
Since Isaac Manchester and his wife Phebe moved here in 1797, this 400-acre farm has produced high quality, fresh meat and dairy products. Although the farm and its practices has been passed down for eight generations and is still owned by a Manchester descendant, Margie Manchester, this well-preserved farm with eight historic brick buildings now faces threats from nearby longwall coal farming. 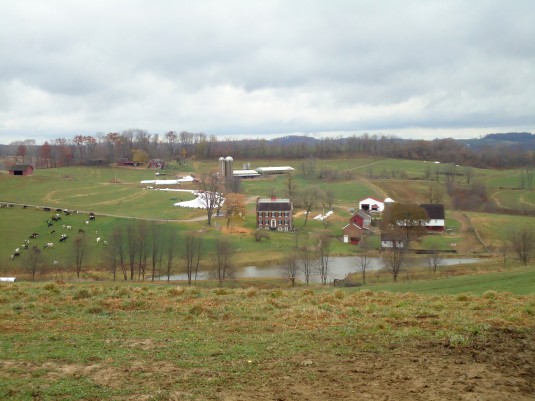 Greater Chaco Landscape, New Mexico
This 1,000-square-mile stretch of New Mexico holds many hidden archeological sites that contain the mysteries of the prehistoric Chacoan people. Unfortunately, these sacred sites are not only fragile because of prehistoric construction, but also endangered by nearby oil and gas exploration and extraction north of the Chaco Culture National Historical Park. 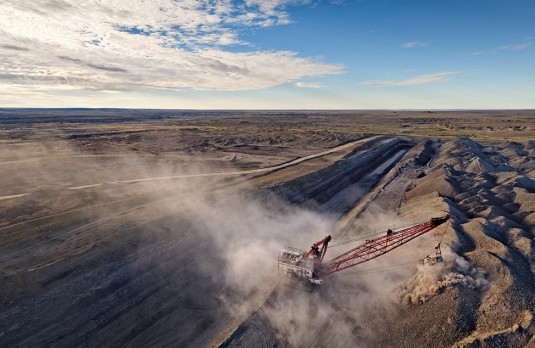 Belmead-on-the-James, Powhatan County, Virginia
Designed by renowned architect Alexander Jackson Davis in 1845, Belmead-on-the-James is an architectural masterpiece, exemplifying Gothic Revival aesthetics. Built for plantation owners by enslaved workers, this manor house was transformed into two private single-gendered schools after being funded by Katharine Drexel in the 1890s. In 2010, the bell tower of the establishment collapsed, exposing the interiors and requiring serious structural repair. Today these monumental buildings that represent African American heritage stand in ruins. 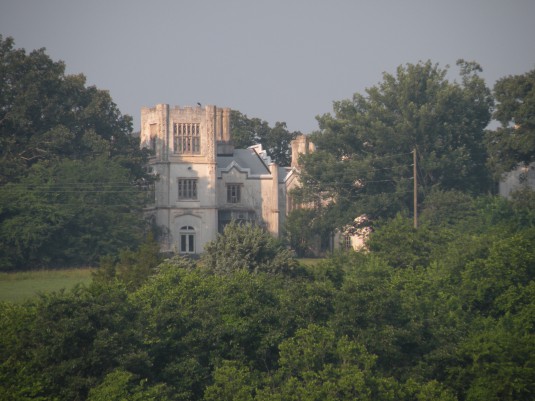 China Alley, Hanford, California
As a rural Chinatown with vibrancy and authenticity, this San Joaquin Valley town has been home to Chinese immigrants since 1877. Most of these culturally significant buildings suffer serious deterioration and no local historic preservation exists to preserve Chinese immigrant heritage.

Fort Gaines, Dauphin Island, Alabama
Established in 1821, the historic Fort Gaines was most known for its role in the Battle of Mobile Bay during the American Civil War. The fort contains all the original canons from the war, and until a few years ago, was one of the best-preserved Civil War era masonry forts displaying French colonial detail. However, recent tropical storms and hurricanes have damaged the fort significantly, destroying the site as the shoreline erodes up to 50 feet a year. 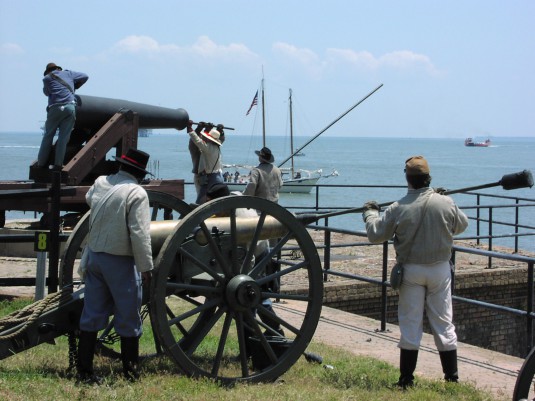 Prentice Women’s Hospital, Chicago, Illinois
Designed by Bertrand Goldberg in 1975, this clover-shaped concrete and glass building once housed the Prentice Women’s Hospital, but is now obsolete, as far as  its current owner, Northwestern University, is concerned. Despite its fascinating geometric detail, the building faces demolition, removing it from the Chicago skyline after enamoring it for almost four decades. Preservationists are currently rallying for its landmark status. 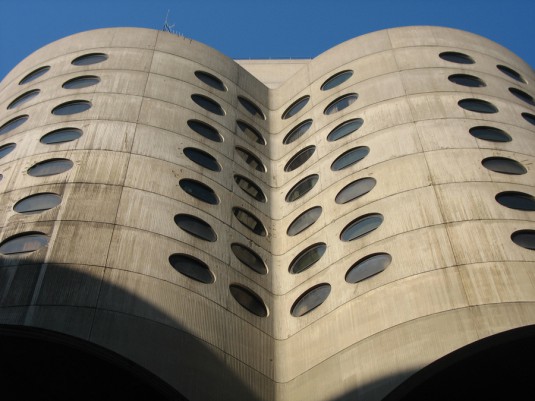 John Coltrane House, Dix Hills, N.Y
The vacant home of John Coltrane now stands in Dix Hills. It was here that one of America’s most widely acclaimed jazz artists wrote his masterpiece, A Love Supreme. Although a local group has taken ownership of the property and hopes to restore and interpret the site as an education center, insufficient funding has left this house in a destructed state. 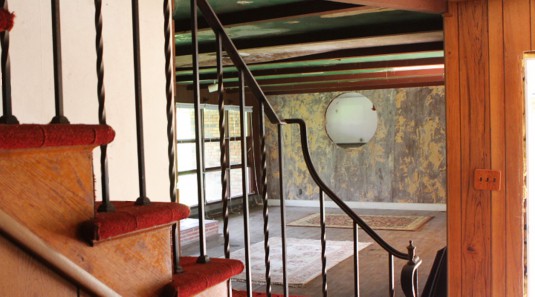 National Soldiers Home Historic District, Milwaukee, Wisconsin
As the birthplace of federal veteran care in America, the National Soldiers Home in Milwaukee is a significant site in the history of institutional care and nursing. Its establishment was also one of the last pieces of legislation signed by President Lincoln before his assassination, where he had asked the nation “to care for him who shall have borne the battle.” Due to deferred maintenance, the collection of historic buildings is on the verge of collapse. 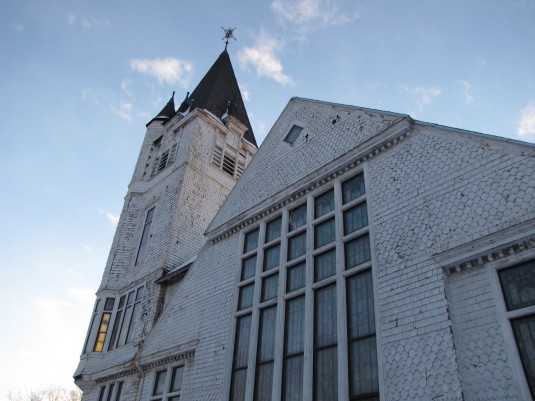 Pillsbury A Mill, Minneapolis, Minneapolis
Once considered the most advanced facility in the world at the time of its completion in 1881, this large industrial landmark is now vacant. Despite its huge potential to be reused, the Pillsbury A Mill is in danger of piecemeal development. 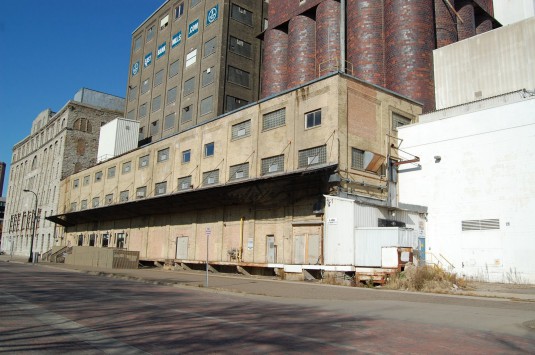 Sites Imperiled by State Actions, U.S.
Currently, cuts to preservation funding and incentives are endangering numerous historic places all across the nation. This lack of funding will imperial significant cultural sites with irreversible consequences.

This year’s list of endangered spaces covers a diverse range of sites, and financial aid could help initiate necessary preservation, restoring the original architecture. “While we hope the list galvanizes support for these 11 endangered places,” says Stephanie Meeks, president of the National Trust for Historic Preservation, “we also hope it serves as a catalyst for communities everywhere to fight for the irreplaceable landmarks and landscapes that define our past – and enrich our present.”