Designing the Metaverse: The Role of Architecture in Virtual Environments

Susan S. Szenasy talks with architects from Perkins+Will and designers of virtual worlds about the convergence of 3D-visualization technology with the design process. 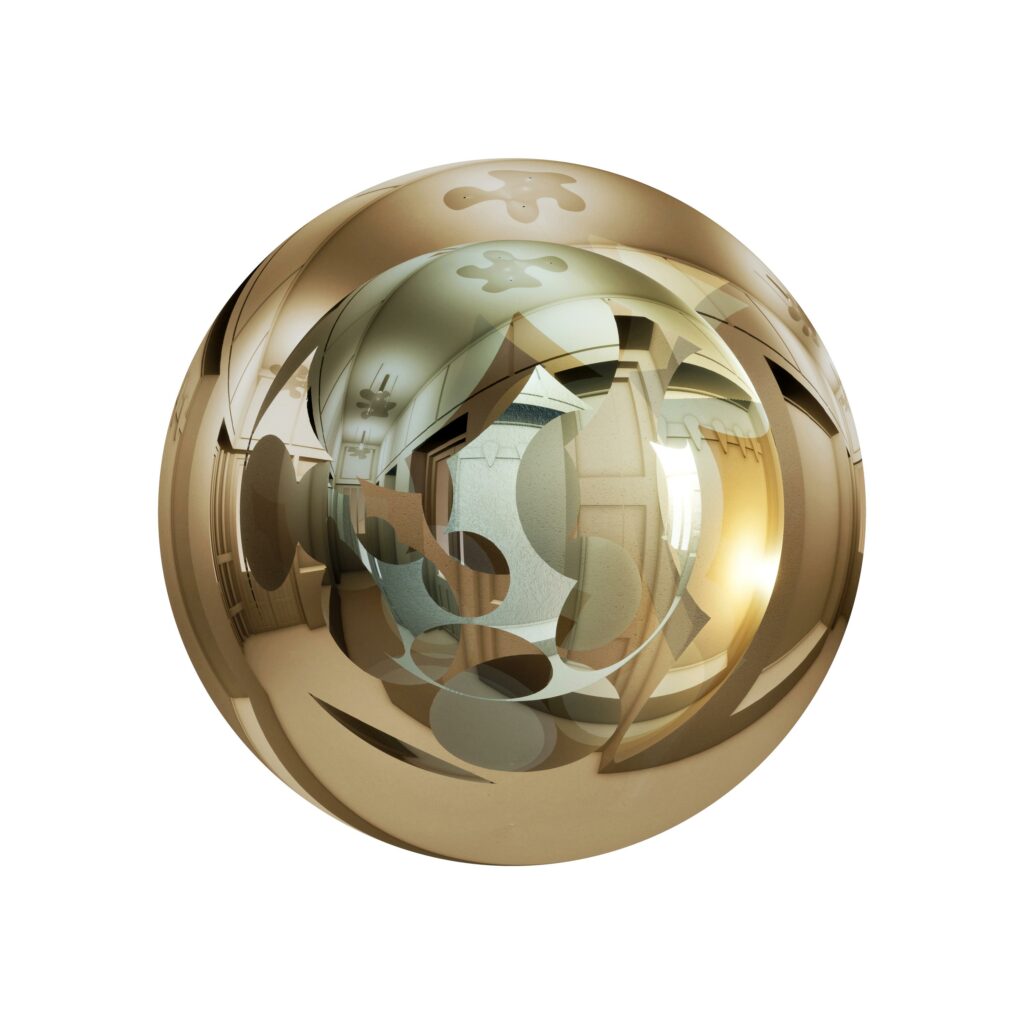 The
Design Guide
to the
Metaverse

Here’s our regularly updated guide to the continually evolving role of design in the metaverse.

Over the past three years Metropolis’s director of design innovation, Susan S. Szenasy, has been leading a series of discussions with industry leaders on important issues surrounding human-centered design. On July 19, she visited the offices of Perkins+Will in Los Angeles and met with architects and virtual reality and gaming experts. They discussed the convergence of 3D-visualization technology with the design process and the potential for multiplayer gaming to democratize or stratify developments in both virtual and built environments. The conversation was sponsored by DuPont Surfaces, DXV/ GROHE, Staples Business Advantage, Sunbrella Contract Fabrics, and Teknion. What follows is an edited transcript of the conversation, prepared by S.T. White.

Susan S. Szenasy, director of design innovation, Metropolis (SSS): What is the metaverse?

Yan Krymsky, NCARB, design director, Perkins+Will L.A. (YK): Metaverse comes from Neal Stephenson’s 1992 novel Snow Crash about a virtual environment where people go to this alternate place—basically an online simulation—using virtual reality hardware. The more desirable spaces share attributes with physical reality. For example, the most prestigious club has collision detection. Avatars can’t pass through each other, which people like because it gives them a sense of deeper immersion. There is some crossover between physical space and virtual space, which opens this question: Does architecture as a profession have a role in the creation of virtual environments?

SSS: Ryan, how does your company use virtual reality?

SSS: Stephen, how does Theia combine technology with architecture?

Stephen Phillips, CTO and cofounder, Theia Interactive (SP): Theia provides interactive, 3D architectural visualizations using virtual reality or iPads so that people can experience and walk through the space before it’s actually built. You can use virtual reality to make big, sweeping design decisions and you can use high-tech and highly accessible game engines, like Unreal, to visualize the finishes to a very polished level.

SSS: Jose, you teach gaming technology to architecture students at USC. What is your goal for your students?

Jose Sanchez, director, Plethora Project, and assistant professor, USC School of Architecture (JS): New computing interfaces constantly give you feedback, a feature that gaming has had for years. In the medium of gaming, it could actually be democratizing by involving audiences to participate in the design process. This upcoming generation might use pieces of digital infrastructure as a form of literacy, which will equip them to engage in systems thinking, problem solving, and conflict resolution.

SSS: Yan, how do you, as a practicing architect, benefit from this technology?

YK: In the last 10 years or so, our tools have all focused on visualization. Gaming developers talk about emotion and purpose, and the experiential qualities of space. Now we have the game mechanics to consider important aspects of a design, like volumetric sound and social interactions.

SSS: Stephen, your virtual reality presentations really reach clients. How do they convey what the “reality” will be?

SP: Have you ever seen a photograph that doesn’t represent what it was supposed to? With virtual reality, we no longer have to trust a wide-angle photo of a room or someone saying how spacious a floor plan is. You just step into the data and experience it.

One client was building a high-rise on top of a train station. Everyone was concerned about the traffic impact because they had to demolish the sidewalks, so in VR we simulated the traffic with pedestrians walking around and trucks on their predefined routes. You can stand on the ground in front of your business and go into what we call God mode or Godzilla mode. You stand over the city and get a bird’s-eye view of how things really move.

SSS: Ryan, can you describe some of the tools you use?

RH: Most of the tools we created for VR will be commoditized or democratized within the next few years. Google is making tools for drawing, painting, and 3D modeling, like Tilt Brush and Blocks. On the forefront of our profession is visual scripting. In Grasshopper Dynamo, the syntax of programming is translated into a visual icon tool, which takes away the learning curve and difficulty of programming.

JS: Christopher Alexander talked about a system containing two conceptions: a kit of parts on one hand and holistic properties on the other.

Games are great for understanding systems because they simulate interactions. Cinema is a time-based medium, while gaming is transaction-based. You have to play with the system to realize, this small rule has a huge impact on the overall output. Being able to see how interactions play out is achieved through simulation.

SSS: It’s nice to bring in Christopher Alexander so we can read new meanings into his work. What production methods bring technology and architecture together?

SP: Because it’s a recurring problem for so many things to be going on at once, there is software that plans out stages of construction. You can animate a crane and model how it will be on any given day; you can consult the phases of construction as an animation.

JS: Will Wright, the creator of SimCity, talks about how he scaled down the challenges of urban planning. As the “mayor,” you deal with zoning. This paradigm of how urban design happens reached a large population—including me before becoming an architect. In building the game Block’hood, I bring architectural concerns to a broad audience, like, what if you prioritize ecology over economy? What if you want cheap occupancy for a building versus commercial profit? The design decisions that an architect might weigh are incredibly complex. Gaming facilitates complex decision making.

SSS: What about the other side? Is there any legitimacy to the anxiety that technology removes us from the physical environment, rather than connecting us to it?

YK: Looking back at society over the last hundred years, we’ve gone through cycles of conjuring dystopias. There’s an optimistic Jetsons vision of the future and a Terminator vision where AI overpowers us. It says more about our society currently if we are optimistic about our future.

RH: One day we may all have Apple AR [augmented reality] glasses. If you’re going to dinner with someone, you will put them away just as today you don’t want to text under the table. There’s always social responsibility. If all of us are involved, it’s our job to be on the good side and make something beneficial to the public.

VR, AR, and mixed reality, which is a more evolved version of augmented reality, are all converging into one pair of glasses in the next few years. That’s the beginning of what we would call the next computing platform, and every major tech company is pursuing it; it’s becoming a self-fulfilling prophecy.

SP: We’re only in the first generation of consumer hardware and software that’s producing realistic experiences. My favorite thing is when people using VR accidentally lean on to the table they were standing next to. They consciously understand everything’s fake, but there’s an instinct where they don’t know where they are anymore. That’s both exciting and scary.

However, I don’t think we can censor ourselves if a virtual world or a metaverse is meant to be. It has to happen one way or the other, so ride the wave. But as people at the forefront, we have to be conscientious.

SSS: One thing I wonder about is if we live in these virtual worlds more, what becomes of our relationship to the physical world?

SP: In World of Warcraft and Second Life, a lot of people gather in virtual social places. The visualizations we create for architecture are made with essentially the same technology, so instead of static, clean, lifeless visualizations, we can actually have a bunch of avatars—simulated or actual players. We always talk about the term game when we make stuff, but it’s really an experience. It can be very robust, showing times of day, seasons, water flow, et cetera. All the data exists and is compatible with the visualization.

RH: You can move around that space if it’s a real time–rendered game, and soon you’ll be able to do that inside a liveaction recorded scene, which is called volumetric video or light-field capture. You’ll be able to record this moment and later on see everything play out as it’s been recorded, but choose where to walk around.

SSS: So it’s a much more participatory game than we imagined?

RH: Yes, and at some point it becomes more than a game. It just becomes a version of life. We’re trying to resemble life.

YK: We are at an interesting cross section of events. One, processing has gone through the roof, enabling us to do more. Next, hardware enables us to break this 2D barrier and create 3D space. And third is gaming technology. Amazon made huge investments purchasing Crytek and creating Lumberyard, which is a platform for people to publish games that hundreds of thousands of users can occupy.

Audience Member: When we look at a parallel development in retail, the stores that do well offer the highest-quality experience. As virtual stores get better, how does real space compete with that?

YK: While physical retail has been shrinking, the experience-based economy has been growing. People spend more money going to a concert than buying an item from a store. Retailers cater to that by creating marquee experiences and cool buildings. There’s going to be a shift in the kind of programs in physical space versus virtual space.

RH: In New York City, Sleep No More is an interactive play where the audience walks around and is part of the story. In L.A., The 14th Factory was a popular immersive multimedia art project in an empty warehouse. We spend so much time on our phones that we look for counterprogramming in real life. Maybe the focus won’t be on storefronts, but on products that come from an experience or collaboration.