Check it out sometime.

What?! You say comics are kids’ stuff? Strike up a conversation with store clerk, Joe Turner, fount of comics knowledge, and soon you’ll be lobbing the ball back and forth about TV media, digital technology, history, music, art, film, race and culture. Then, suddenly, you realize, slam dunk!, comic books connect them all…not bad for an orphan art form with a chip on its shoulder.

ONCE you brush past the storefront neon “Ghost Busters” sign, bad t-shirts, and monster posters, stride up the ramp where you may see Joe Turner at his station in dreadlocks, bearded, sporting chinos and leather boots, wearing a black hooded shirt advertising a Jamaican music website. He’s a relaxed guy with an easy smile who’ll ring up a sale, help you find a certain book then sometimes recommend against the one on the shelf, telling you about a better title that they may or may not be able to get for you. His partner at the register, Chris Ryons, defers to Joe sometimes but he’s no slouch either when it comes to comics knowledge. Often they are engrossed in animation movies on a wide screen mounted in the shop while store patrons browse rows and rows of comics lit.

Sure, Joe Turner is laid back, but he’s not exactly waiting for his ship to come in. In fact, he’s, energetically, paddling out to greet it. Off-hours he’s collaborating, developing an online magazine with an embedded TV program, filming a topical history of comics to become a serialized “60 Minutes” for comics culture…and, well, “Th-th-that’s all, folks!” as far as he’s willing to reveal for now. 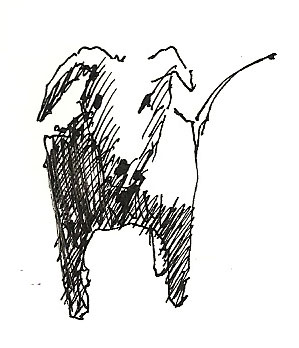 Joe grew up knowing his architect/engineer grandfather who designed underwater tunnels for the New York subway system. Grandad must have told some really good tales because Joe, who wanted to be an artist from age three, came around to thinking that, ultimately, it’s all about stories. 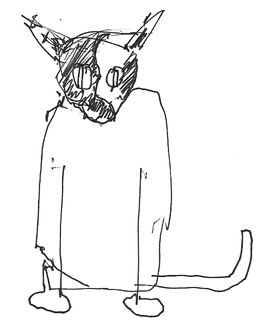 In 1976, nine year old Joe Turner sat enthralled by James Burke’s BBC TV production of “Connections.” Burke’s series, including “The Day the Earth Changed,” was about connections in science history from the germ of an idea to amazing technological developments of “today.” Young Joe learned that the story was as important as the science. Indeed, Burke himself was a quick study who knew nothing about, say,  how a space launch works, shortly before going on air. 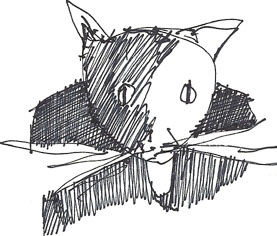 “What’s more important than what we have now is how we got here – that’s history,” says Joe, perhaps reflecting the perspective of his adopted mentor James Burke. Comics still have great potential despite the “us and them,” chip-on-the-shoulder stance that was built in at a core level, believes Turner. He wants “both sides to talk more” and break away from insularity and non-inclusion. Atomic City Joe believes passionately that, “Sequential graphics story telling is the most successful (direct) form of communication we’ve devised…goes back to the cave wall…mythologizing our real world stories.”

Walt Disney and others figured out early on that you can say most anything, political or otherwise, in the guise of cute animals…even a mouse.

“Comics were like rock n’ roll, a dynamic force for cultural change,” says Atomic City Joe, warming up to the challenge of explaining an art form most of us think is dominated by adolescent male power fantasies (deservedly so, Joe says). After WWII we “didn’t need super heroes anymore” since the Nazis were vanquished. Instead, we needed to demonize forces that threatened our insecure footing at the dawn of the Space Age. “Comics, as a creative, expansive medium, were a frustration to government and got in the way of its desire to maintain a clear separation between cultures and races,” as Joe sees it. Comics may not be as inherently subversive as some believe it is but the medium always reflects the zeitgeist, often in irreverent (even anarchic) ways, Joe believes. 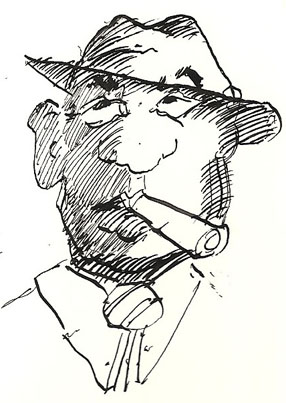 In 1954, the Comics Code Authority, a self-regulating censorship board, lorded over the comics industry, running parallel to, if not intersecting with, the anti-communist hysteria of those times. The Authority was attempting to control or contain the weird and dangerous leanings of comic art for mainstream viability. In its time it was both influential and, obviously, troublesome to sometimes defiant comic book publishers chafing at the bit of censorship. By the 1990’s, the Comics Code Authority was rendered ineffectual and completely abandoned by 2011.

Joe told me about an astounding, seven-page strip that rocked the comics world back in the day of The Authority and dwelt on the ever explosive topic of race relations. Kids’ stuff? “Judgment Day!” may convince you how powerful comic book story telling is as a vehicle for social commentary.

“There’s a lot more empty calories today,” says Joe, referring to some of the slick, digitally produced, violent graphics filling comic book shelves now versus the genuine terror of earlier days. Probably the most subversive comics artist most of us already know about was Walt Disney. If you put the right lenses on you could decode reams of messages embedded in Mickey Mouse’s antics. Young Joe Turner read (and now recalls in vivid detail) the chilling episode where Mickey joins the Foreign Legion but, first, has to endure severe hazing from government operatives who test his endurance and resolve in the face of what we know today as rendition and waterboarding.

You really haven’t probed comics culture deeply enough until you begin to talk about distribution. Comic books, never a high art, were always made-for-profit and for the masses, at that. To understand where comics are going now study the fate of Napster and Netflicks and the throes of the film, newspaper, and music publishing industries, in general. Everyone is scrambling to figure out how to ride the revolutionary digital wave for profit though “the waters keep changing,” as Joe reminds us.

Content distribution is shifting to digital streaming. Now we can have something without actually owning it! That’s marketing genius for you.

David Galernter, computer scientist (some credit him with “cloud computing”), foresees all content becoming a “lifestream” we dip into rather than the “fuzzy nothing” of chaotically proliferating web connections we have today. And that’s a good thing, more accessible conceptually, as Galernter explains in “Rethinking the Digital Future,” a recent Wall Street Journal interview.

As I turned to go, stepping into the freezing night air, Joe called out from his cash register with a smile, “You’re my target demographic!”

Scene I, Take I: Atomic City Joe clambers aboard his ship. 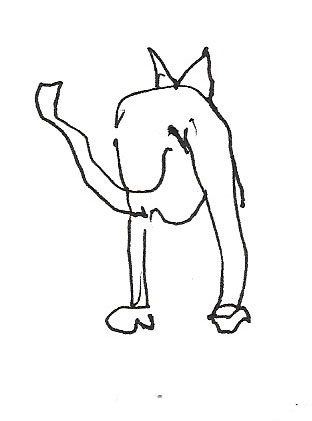