Phase one of South Korea’s $35 billion eco-city is now complete.

If imitation is truly the sincerest form of flattery, New Yorkers (and Venetians, Parisians, Savannahians, and Sydneysiders) might soon feel their ears burn. Last week, administrators of the Songdo International Business District, the work-in-progress eco-city located just 40 miles from the South Korean capital, announced the completion of “phase one” of the project’s ambitious, $35 billion development scheme. The first phase is officially marked by the completion of 100 acres of green space modeled after New York’s Central Park (and named, appropriately, “Central Park”). Also to be included in the final scheme for Songdo: Italianate canals, Savannah-style parks, Parisian boulevards, and a convention center modeled after Jørn Utzon’s iconic opera house.

The master plan for the new settlement, conceived by the design firm Kohn Pedersen Fox, outlines a city on 1,500 acres, 40 percent of which will be left as open space–for, as its creators explain, both the environmental and social benefits that come with such extensive parkland. Additionally, the city is built to maximize sunlight, significantly reduce water consumption, facilitate mass transit, and adhere to LEED building standards. (And with more than 120 LEED buildings and counting, Songdo is likely the largest private LEED development in the world.) 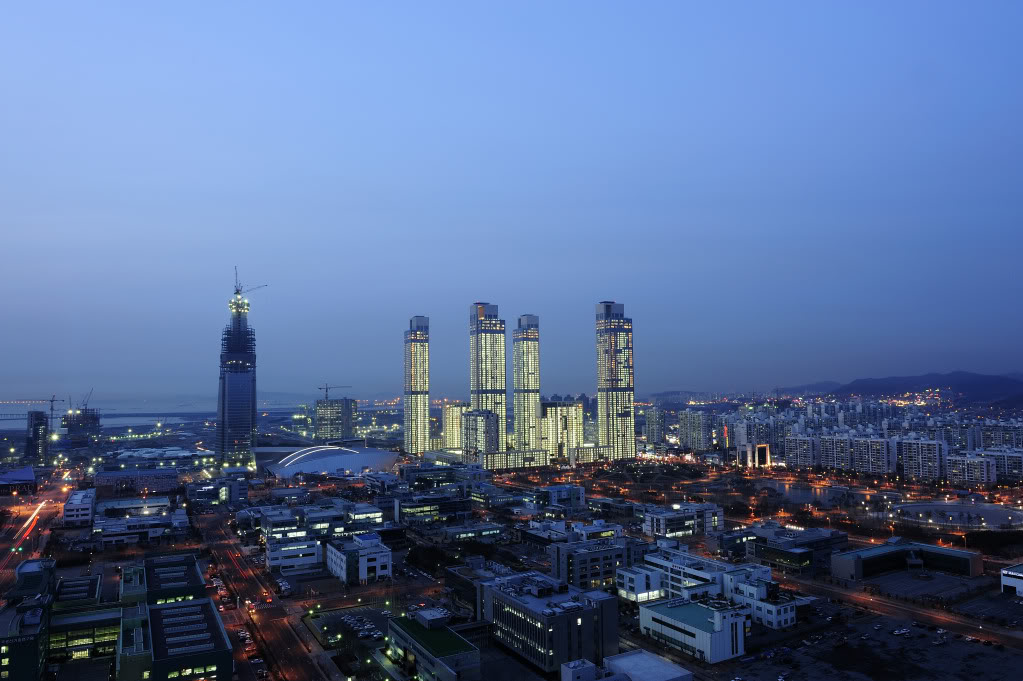 The ideas are nice but, to date, the aspirations of regional projects like this one have proved grander than their achievements; South Korea’s neighbor China has seen Dongtan, its own ambitious eco-city project, founder; and Huangbaiyu, another Chinese eco-village, is still largely uninhabited years after its groundbreaking. All this begs the question of whether Songdo’s administrators can deliver what they claim will be a viable blueprint for future eco-cities in the region. If so–and we heed a reputation for Korean efficiency–residents of Songbo might soon feel their own ears warming up.
more than 120 LEED buildings and counting, Songdo is likely the largest private LEED development in the world