Designing for the Senses: The Promise of Distraction-Free Offices

How we work has a lot to do with where we work. A recent panel discussion judged that office acoustics play a major role in workplace productivity.

On September 15, Metropolis publisher and editor in chief Susan S. Szenasy moderated the third discussion in the magazine’s State of Design: Where We Work series, hosted by Meadows Office Interiors in their Manhattan showroom. The panel featured Joan Blumenfeld, firmwide interior design director at Perkins+Will; Renee Charles, director of workplace strategy for AIG; Azar McMaster, vice president of product management at 3form; and Raj Patel, principal, Arup. The group discussed how to create optimal, distraction-free spaces in the workplace. The key, the group agreed, lies in designing spaces not just with the visual, but the aural in mind.

The panelists first noted the challenge that some corporations, particularly more established ones, still focus on profits before their employees’ working environments. “There are a lot of politics of design, and certain industries prefer to think about their BL [bottom line] before they think about their workspace. Legacy environments cannot retain young talent,” said Charles. 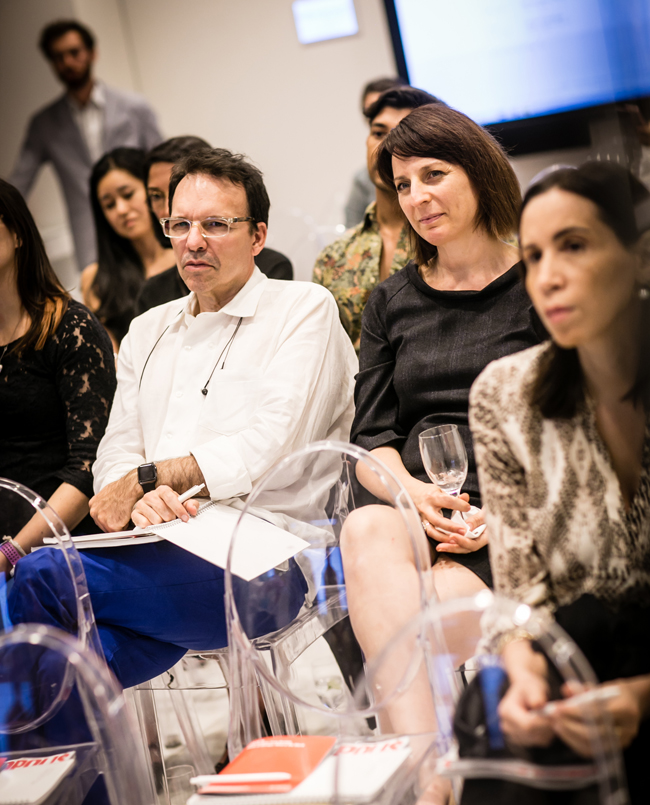 Attendees take in the discussion which focused on imagining work spaces that work for all the senses. Photo by Josh Wong Photography.

However, in order to recruit and keep the best and brightest workers, companies are now starting to rethink the design process and take a more holistic approach—including designing spaces for sound. Noted Blumenfeld, “We are thinking about how employees feel in the space, thinking about zoning and planning projects. We’re thinking about how acoustics affect people in the space right from the beginning.” The panelists agreed that workers want more than just a comfortable chair to sit in or a new desk, and that privacy and intelligibility are key components to employee satisfaction and productivity.

"The important question for designers to ask is 'how do you want people to feel?'" – Raj Patel @ArupGroup @MeadowsOffice #WhereWeWork

In the not too distant past, a visually appealing space used to be a top priority for designers as well as workers, but today, acoustic comfort is just as crucial.  As Blumenfeld noted, “It’s become much more important now to acoustically zone than to visually zone. It used to be that everybody wanted solid walls and they needed their privacy. When [people] need to concentrate, that they have proper acoustic isolation, that is becoming one of the biggest issues. And so it’s about timing and what makes people happy, and then trying to accommodate it in a way that will hopefully allow them to channel their energy toward being productive. A lot of that, as I’ve said, is related to acoustics.” Patel, who runs Arup’s innovative virtual listening environment called the SoundLab, agreed. “The starting point is that you hear sound as well as feel it. The important question for designers to ask is, ‘how do you want people to feel?’”

Companies are continually making strides and moving away from one-size-fits-all environments. Patel describes an ideal process in which companies  “actually try to design different zones, not just by an average.”

"I imagine a future where materials are very durable, beautiful, and acoustically effective" – @azarmcmaster @MeadowsOffice #WhereWeWork

When it comes to the future of the workspace, the group also agreed that the innovative use of materials and technology will be important to shaping acoustically pleasing offices with the widest appeal. McMaster noted, “It’s really an exciting time to be talking about acoustics and materials because there hasn’t been a lot of options historically. I imagine a future where materials are very durable, beautiful, and acoustically effective.” Patel described a technologically-advanced work area that will include the use of sensors to monitor the workspace. “We’ll start to see natural sounds mixed in a hybrid way. It will change dramatically the way we work. The visual pieces connect with the aural pieces when you do it right.” 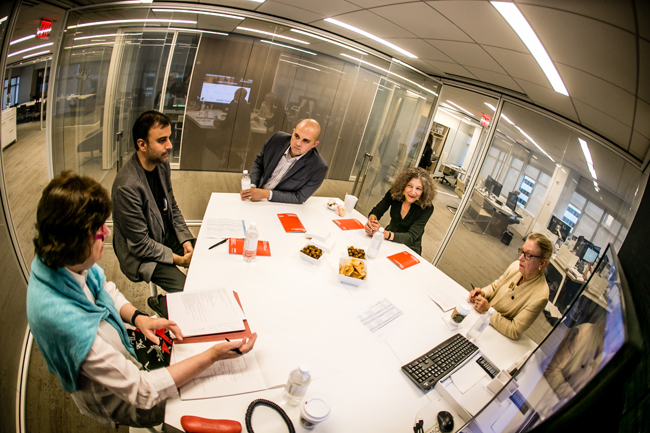 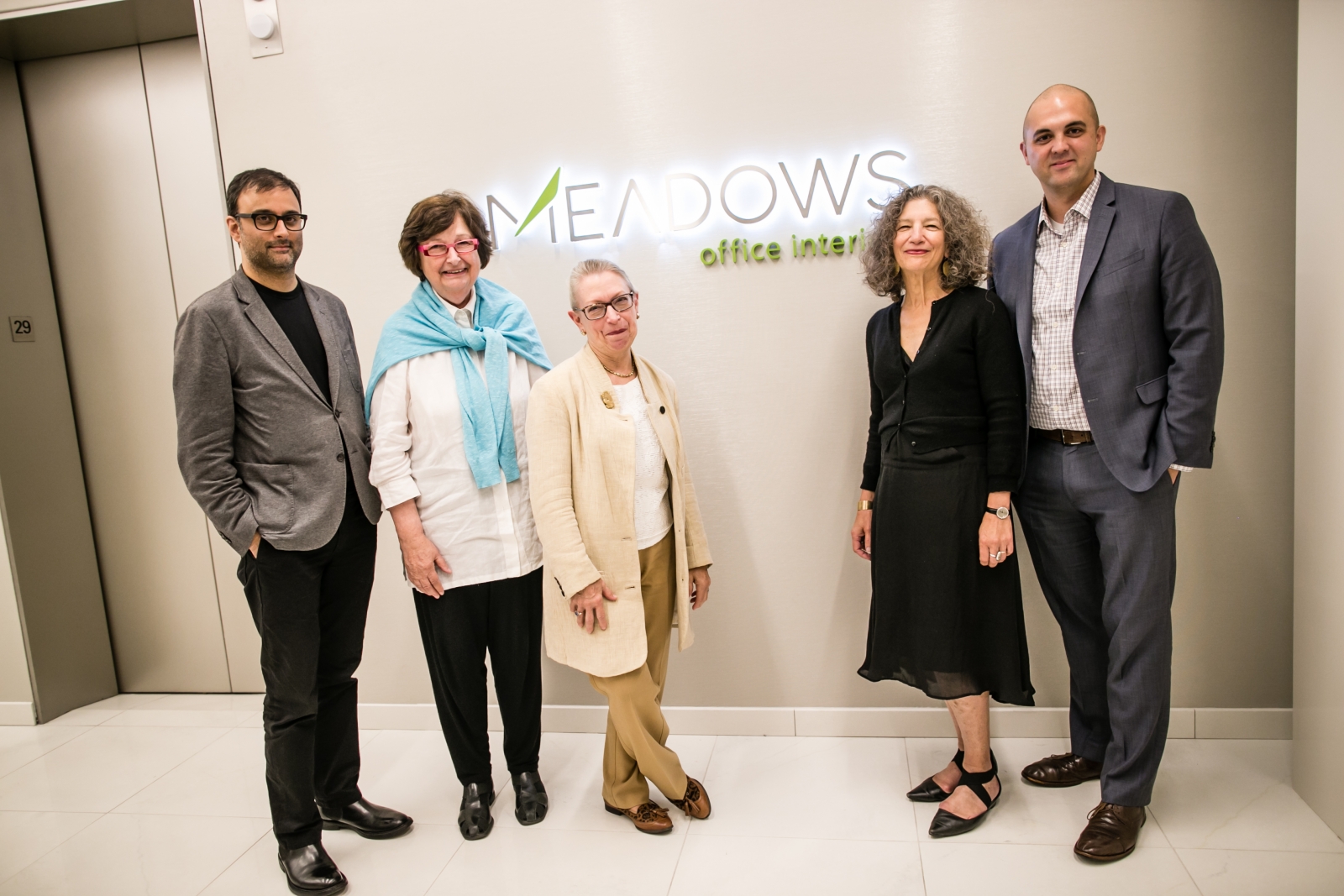 Our own Szenasy and panelists say farewell after a rich and thoughtful discussion.

This was the third in a series of four conversations that tackle all aspects of designing for business, workspaces, and wellness. The second event took place in June earlier this year, exploring “age-neutral” design in the 21st century. The fourth event will take place in November and will focus on Wellness Design. In the next few months, look for announcements of topics and times from Meadows and Metropolis.