“I think controversy is excellent,” the architect said at the opening ceremony for his new Knut Hamsun Centre.

Steven Holl stood on a small stage north of the Arctic Circle clad in a yellow linen suit. In front of him, an impressively deep and wide press pool. Behind him, the mostly complete, and wholly controversial, Knut Hamsun Centre–a queerly cut museum dedicated to a Nobel Prize–winning author-cum-Nazi sympathizer that had convinced every journalist in Norway to schlep up on a weekday to a remote village in Nordland County, where the summer sun never sets on the fjord. It was the museum’s hard-fought-for opening ceremony and the 150th anniversary of Hamsun’s birth. The architect grinned from ear to ear.

“I think controversy is excellent because that’s also what makes people think,” said Holl, whose flamboyant suit choice was inspired by Hamsun, who often evoked the color yellow in his spare, dark works. “I think Hamsun was all about that.”

If the New York–based architect truly prizes controversy, he scored big with the Hamsun Centre. Debate over Holl’s design erupted in Norway when he first won the competition there way back in 1996. Some praised his concept of “building as a [human] body” and its references to traditional Norwegian design and the writings of Hamsun himself. Others said it looked like an outhouse and that the off-kilter tower had no right to jut up into the crisp air of the rural region Hamsun called home for much of his life. 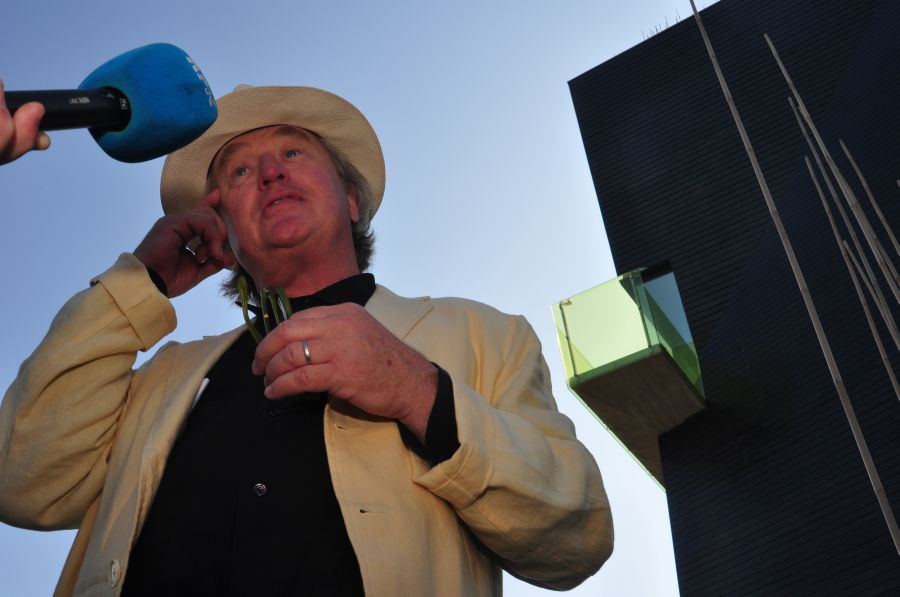 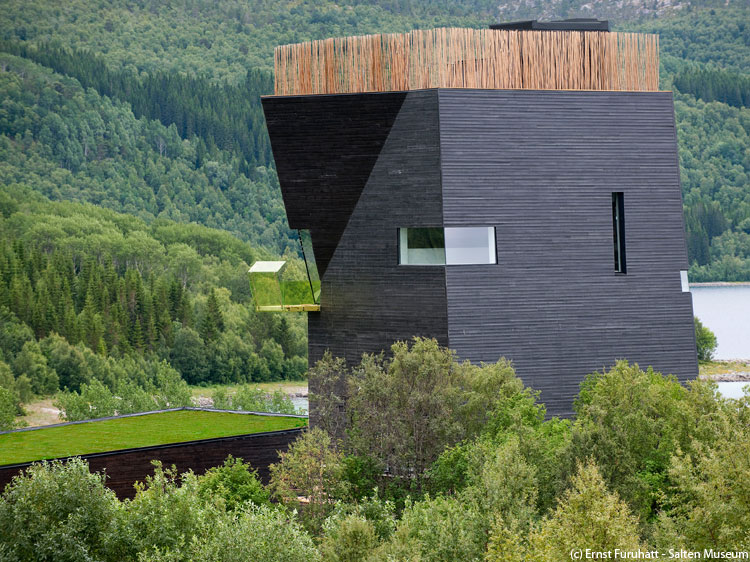 “This one is very important to me,” Holl said at the opening. “This is my first building that connects me back to my roots… My father is full blooded Norwegian… Finally, I’ve come back to Norway.” Photo: Ernst Furuhatt/courtesy Steven Holl Architects

Debate over Hamsun the man, and what to do with his mixed legacy, has raged for longer, even, than the museum debate, and a consequent lack of private funding and public money were responsible for the lengthy construction delay. On the one hand, Hamsun is one of the greatest writers Norway has ever produced—a sort of “guy behind the guy” in the literary canon whose tales of outsiders, vagabonds, and their environs influenced the likes of Kafka, Joyce, Henry Miller, and Isaac Bashevis Singer. Toward the end of his life, however, Hamsun supported–at least to a large extent–the Nazi party and spoke out repeatedly in favor of their government during Germany’s sometimes-brutal occupation of Norway during World War II. Critics cite the fairly damning evidence that Hamsun gifted his Nobel Prize to Joseph Goebbels and called Adolf Hitler, in a 1945 obit of the Fuhrer, “a warrior for mankind.” Supporters argue that he was a sickly octogenarian by the time of the occupation and that his work and his personal life deserve separate treatment. 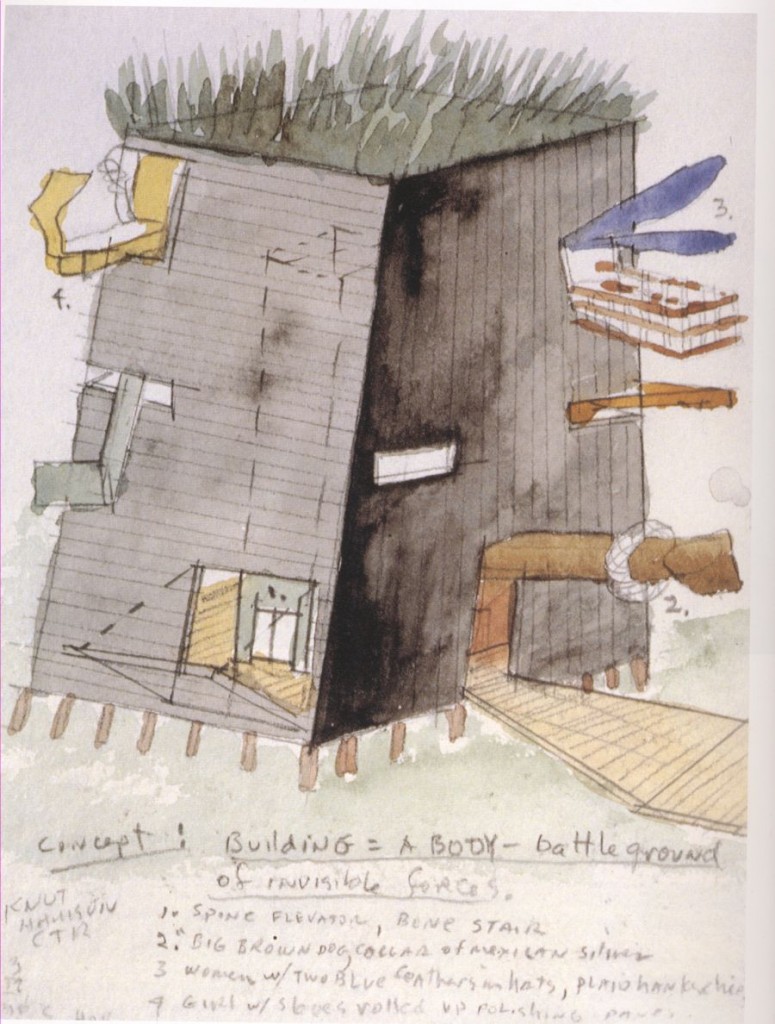 The opening of the museum comes as many of the remaining Norwegians who witnessed the Nazi occupation pass from the scene. “It’s very hard for Norway, what happened during the war,” said Johnny Johansen, a local writer and former member of the Norland County Arts Council. “For the old, especially, but even if you’re younger. You still consider it and it still leaves its mark.”

In some ways, the initial 1990s Hamsun Centre debate, the lengthy cooling off period, and the hasty rebirth and construction of the building over the last few years reflect the shifting mood of the country since the war. The formerly poor, occupied backwater is now a tidy socialist democracy with one of the strongest (North Sea Oil–backed) currencies in the world. Few, if any, lack the day-to-day necessities of life. Indeed, when asked an obvious question regarding the Hamsun Centre–Why use public money to construct a 27,000-square-foot $20 million-plus building dedicated to a controversial-as-hell writer in a village of 600 north of the Arctic Circle?–most Norwegians have no quick and easy answer.

Perhaps it is as Trome Giske, Norway’s minister of culture, speculated. “For Norway, Hamsun, aside from Ibsen, is probably the greatest international writer we ever published,” he said. “Why is the museum so big? Well, maybe because we could afford it.” 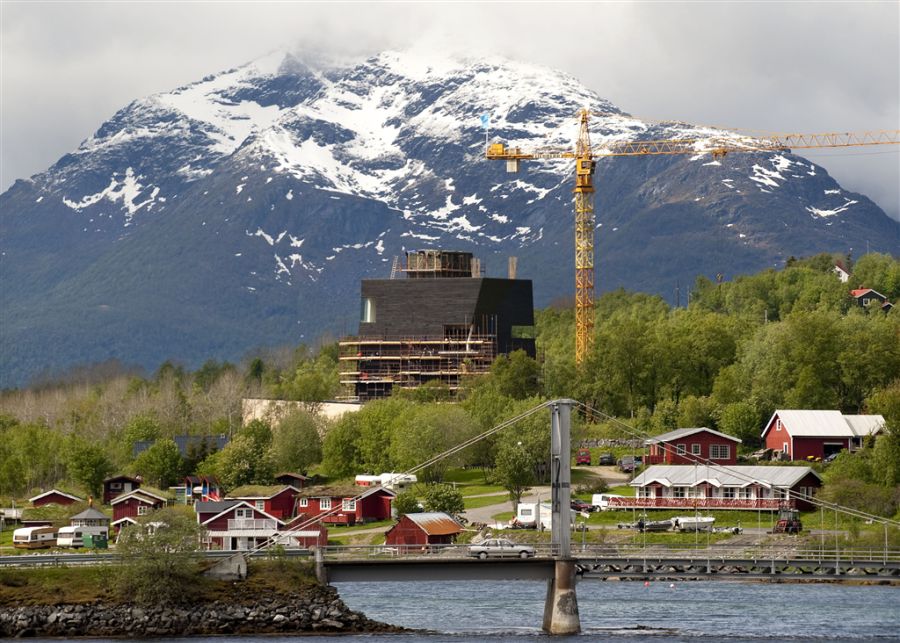