It’s not the architecture, stupid. Or is it?

The Philadelphia Phillies clinched the World Series last night with a 4-3 victory over the Tampa Bay Rays, drawing to a close the longest losing streak of any American city with four professional sports teams. More importantly, it dispelled one of the odder superstitions in American athletic history: the curse of One Liberty Place.

The steel skyscraper was widely believed to cast a 945-foot shadow over the city’s once glorious sporting organizations, when it became, in 1987, the first building in Philadelphia to break a decades-old “gentleman’s agreement” that discourages new structures from rising above the William Penn statue atop City Hall. In the great tradition of Boston’s Bambino and Chicago’s goat, the William Penn Curse, as it’s called, quickly became a convenient scapegoat for every bad loss in the City of Brotherly Love. And certainly, you could argue that Philadelphia fans are a particularly nasty, paranoid lot, but consider the facts: The Philadelphia Flyers nabbed the Stanley Cup in 1974 and 1975. The Eagles went to the Super Bowl in 1980, the same year the Phillies won their first World Series. And in 1983, the Sixers defeated the Lakers in the NBA finals. Ten years, four titles. Then the tower went up, and no one was throwing parades anymore. 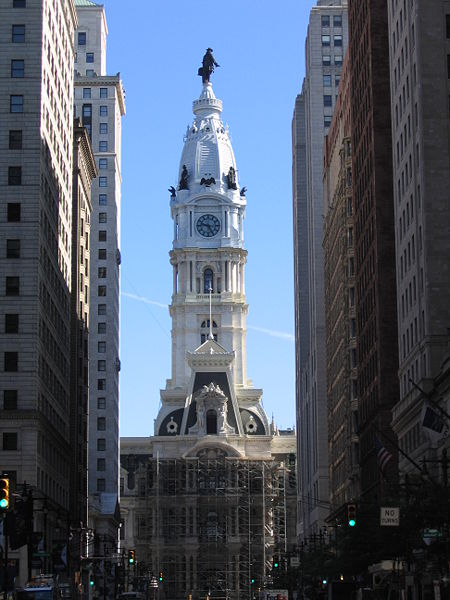 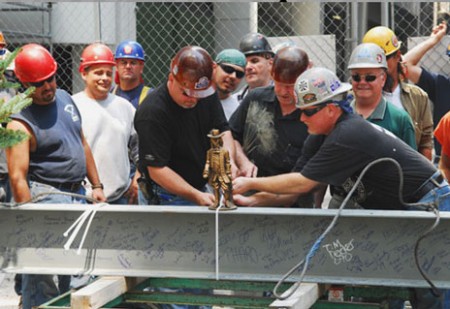