Japan by Design includes an ergonomic cane and walker from Takano HeartWorks.

Walkers and canes may be surprising fare for ICFF, but not for Japan, a country that’s dealing with a rapidly aging population. Thanks to rising birth rates and declining death rates, nearly 32 percent of its citizens are over the age of 65 (Germany and Switzerland are the next closest contenders, with 27 percent seniors). No wonder, then, that Japan by Design, an exhibition intended to give an overview of the nation’s product culture, would include tools for the elderly.

Takano, a contract-furniture company founded in 1941, launched a division called HeartWorks because they had the ergonomic and engineering know-how to make life easier for seniors. Indeed, the A.I. Wheel stick, an improvement upon the common cane that was released six months ago, and the Carry-na Walker, a year-old device that provides two-handed balancing and a seat for resting, both seem promising. They open, close, and move through their functions with relative ease and clarity. At 15 pounds, the walker is reasonably light for something the user is going to sit on, though I wonder if some of the functions don’t require a bit too much physical strength for weaker seniors. But the real appeal is that they look more sporty than medical (think mountain biking or camping), which means they don’t just provide the means for mobility but also an incentive to stay active. 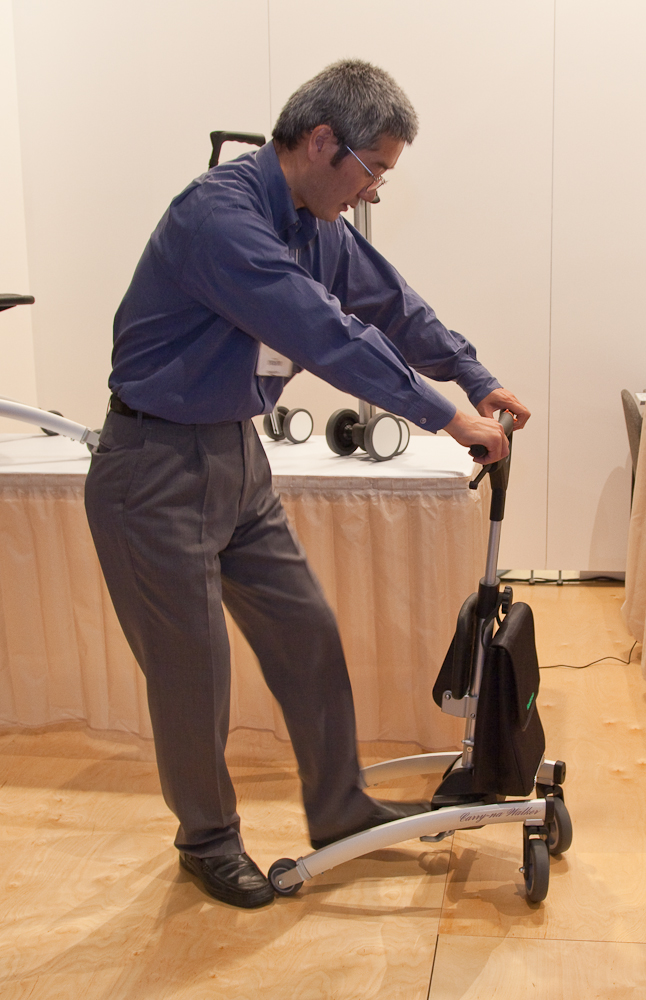 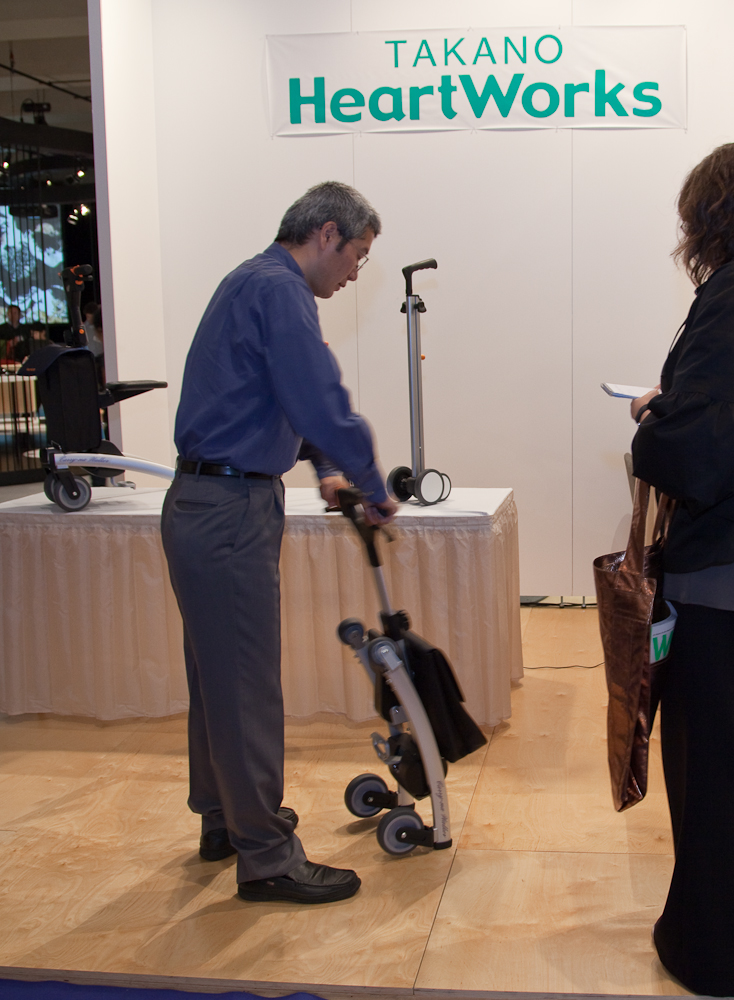