Could a system of modular floating docks harness clean energy from the tidal action of New York City rivers?

Every Thursday we’re posting excerpts from notable 2009 Next Generation proposals that didn’t quite make the final selection featured in the May issue of the magazine. (Click here to check out previous selections.) This week: Docking Stations, a system of modular floating docks that would harness clean energy produced by the tidal action of New York City rivers. How would it work?

According to the proposal–by Richard Garber, Nicole Robertson, and Brian Novello, of GRO Architects–Docking Stations would “plug in” to the city’s existing piers, “extending them further into the river to optimize clean energy generation while increasing public green space and tidal pools for wildlife.” The energy produced could be used to help power city streetlamps. 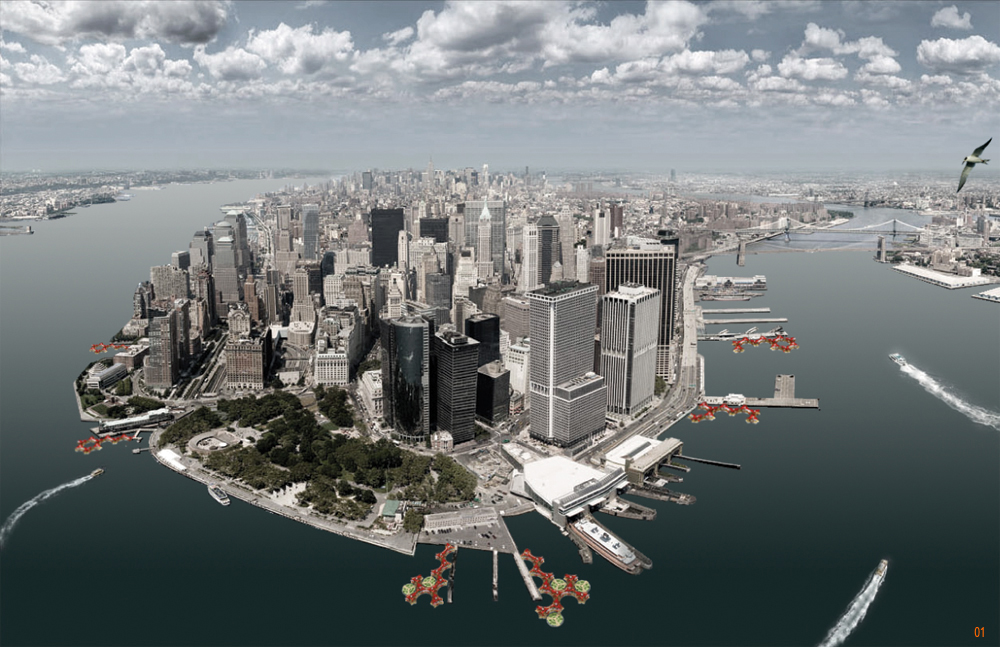 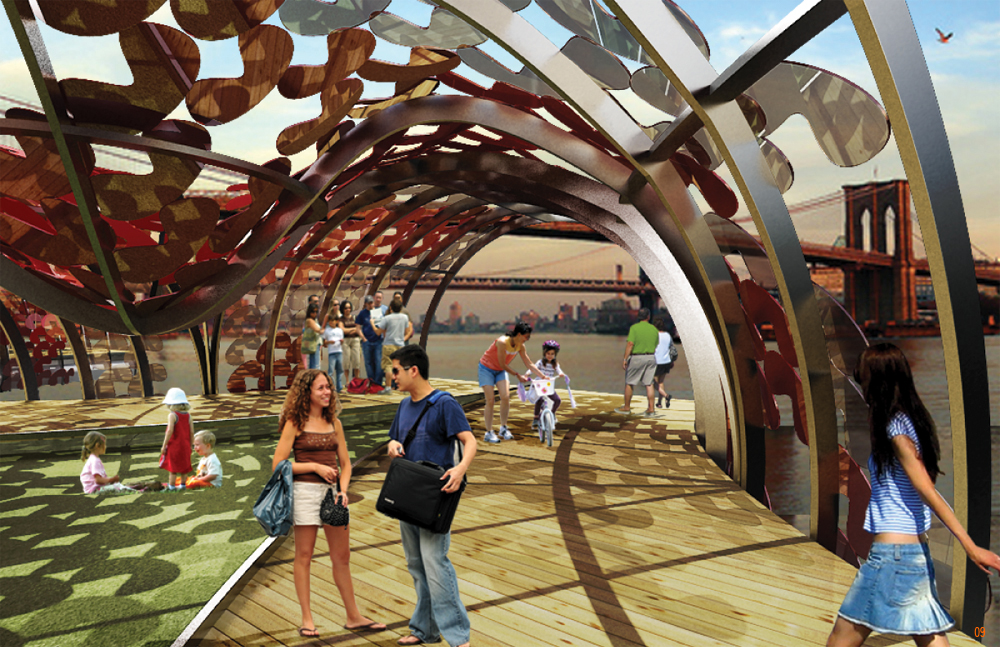 The stations would be deployed to extend existing piers while providing lighting power to adjacent neighborhoods.

Intrigued? Read more from Garber, Robertson, and Novello’s proposal over on our Next Generation site. Have a suggestion for implementing or adapting this idea? Leave your feedback in the comments form below.