On the High Line at Last

Like many New Yorkers, I’ve been reading about the High Line for at least three and a half years, first in eager anticipation of Joshua David and Robert Hammond‘s inspired scheme but lately with something approaching exhaustion. So I was relieved this afternoon to find that the project–which officially opened to the public today–lives up to expectations. It is not only a beautiful and novel urban park, but a remarkably serene and even understated space. No doubt this impression is partly the result of today’s surprisingly sparse crowds (thanks to the several bouts of heavy rainfall that soaked the city earlier today). So, while the last thing the world needs is more photos of the High Line, I couldn’t resist taking some digital snapshots of its wonderfully mellow debut.

For now, visitors are being asked to enter the High Line at its southernmost tip, in the Meatpacking District at Gansevoort and Washington Streets. 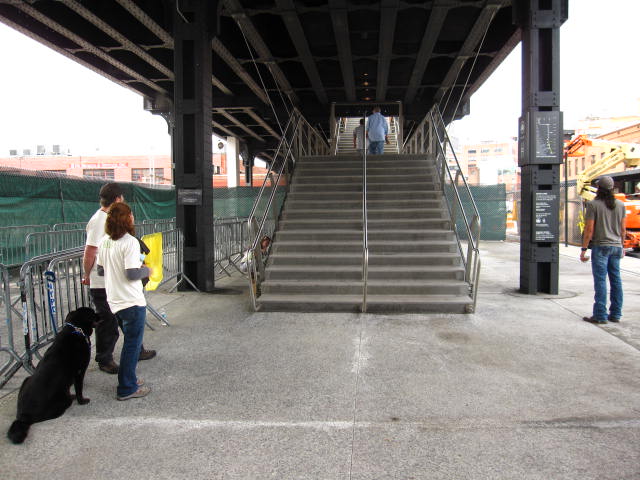 The Friends of the High Line were advising visitors to expect large crowds, but when I arrived around 3 p.m. the entrance was practically deserted. 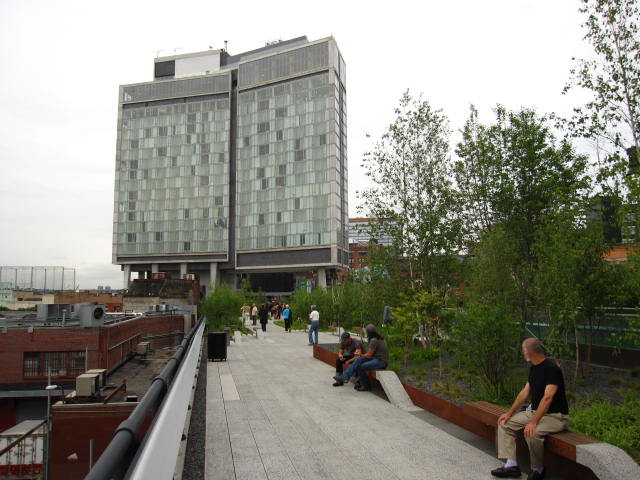 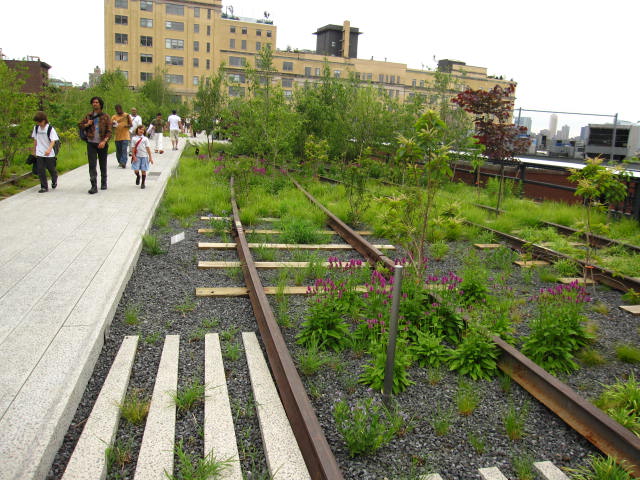 The original railroad tracks are exposed at several points along the path. 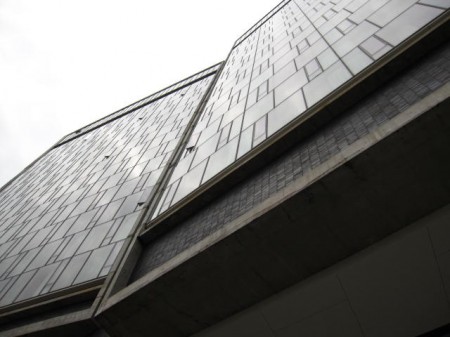 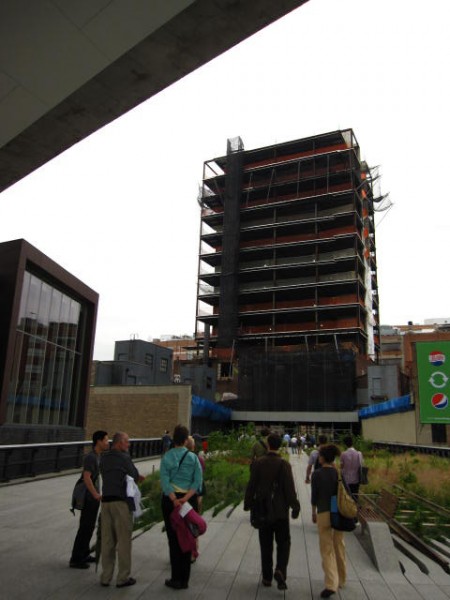 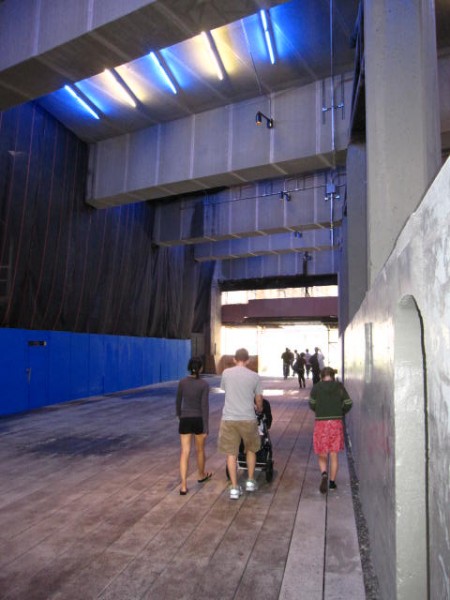 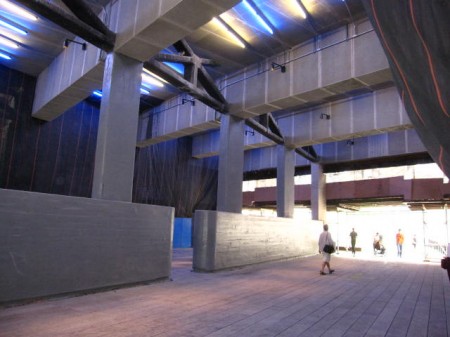 Walking north, you pass beneath the Standard and another building under construction. 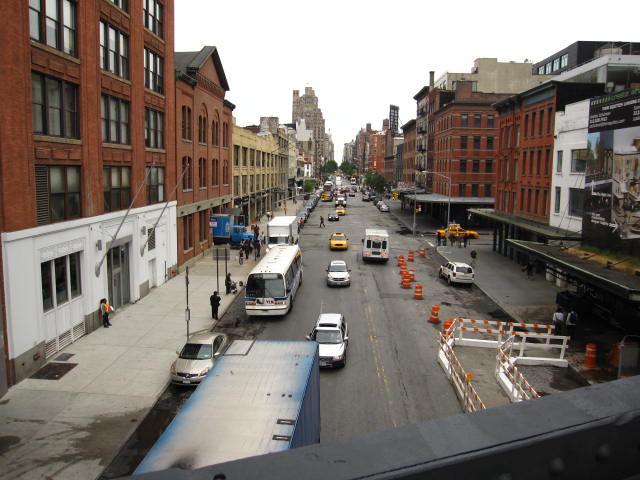 Looking out over West 14th Street 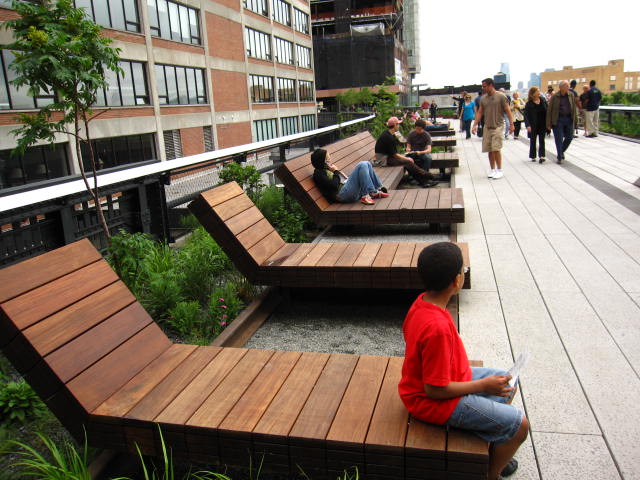 Farther north, these recliners were getting a lot of use. 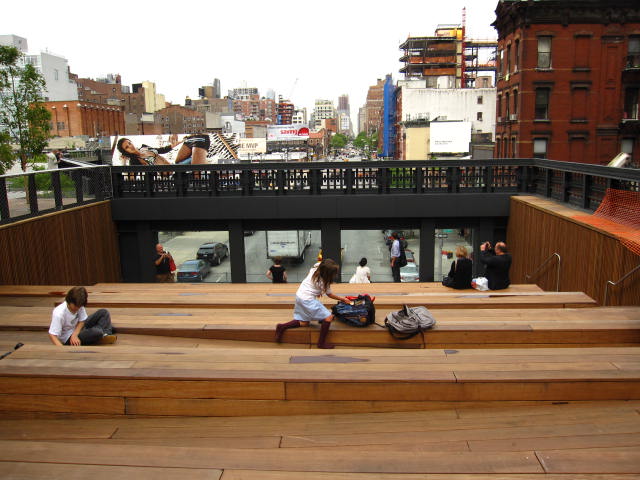 And this sunken auditorium provides a nice view up 10th Avenue. 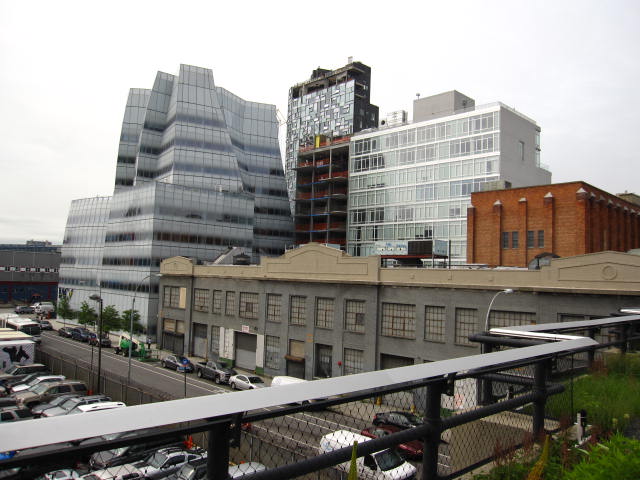 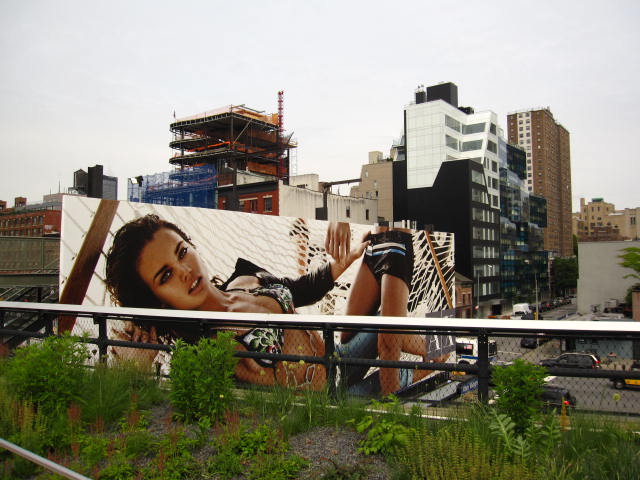 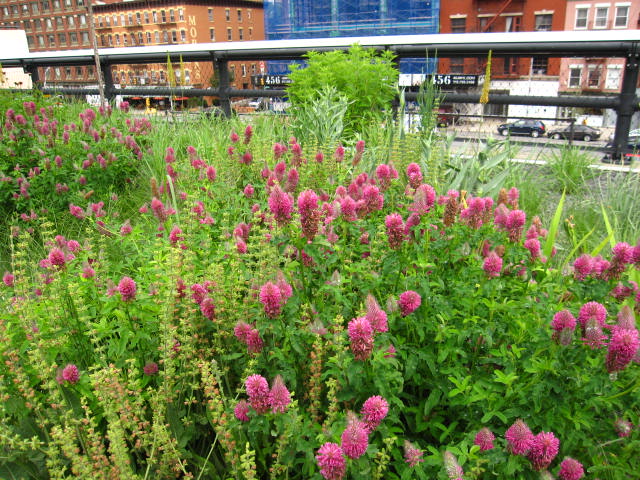 The landscape was designed by James Corner with the consultation of the planting designer Piet Oudolf. 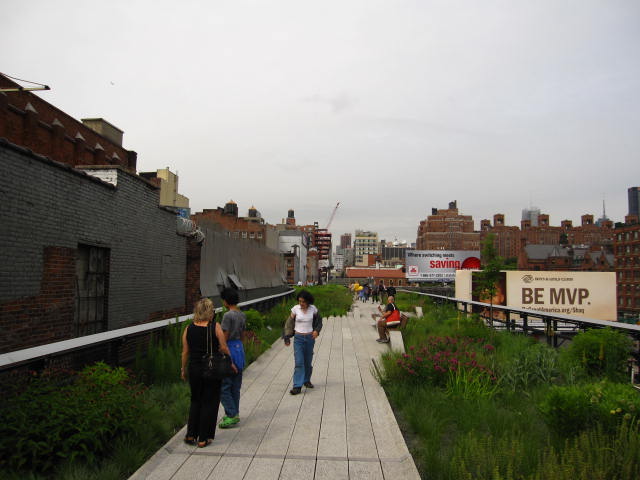 Too bad about all the billboards… 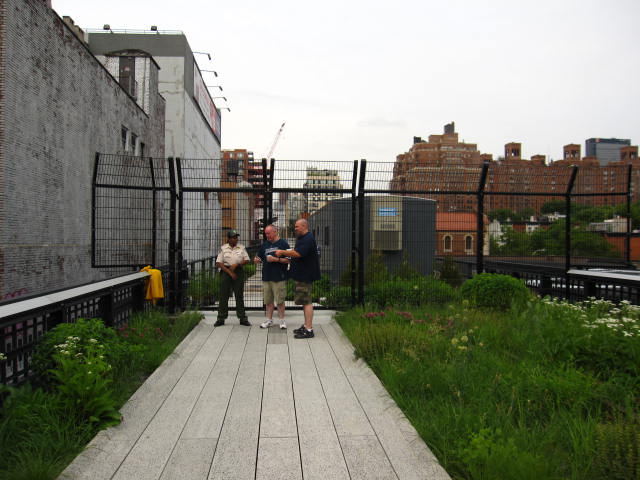 The end of the High Line (for now)–section 2 is slated to open next year. 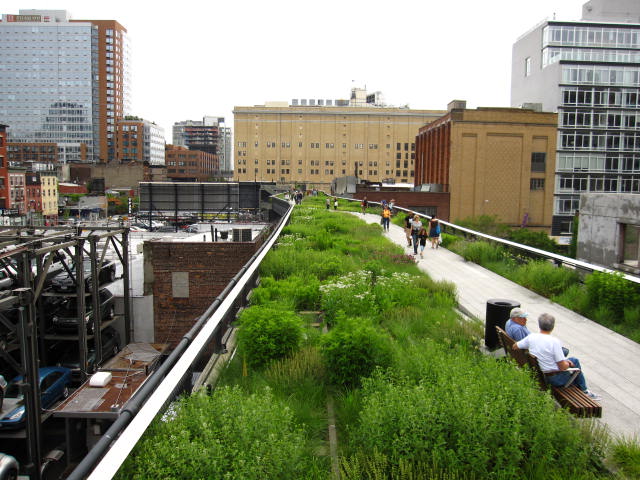