Norman McGrath at the exhibition of his work. Photo: Magda Biernat. On June 2, “An Eye on Architecture,” a show of Norman McGrath’s photographs opens at the New York’s Center for Architecture where it will run until June 25th. Responsible for taking some of the most memorable images of the built environment, the veteran photographer […]

Norman McGrath at the exhibition of his work. Photo: Magda Biernat.

On June 2, “An Eye on Architecture,” a show of Norman McGrath’s photographs opens at the New York’s Center for Architecture where it will run until June 25th. Responsible for taking some of the most memorable images of the built environment, the veteran photographer is often mentioned in the same breath as Ezra Stoller and Julius Shulman. Fellow photographers like to talk about how he “gets the essence of a building,” his proficiency in “capturing the texture of a structure,” as well as his knack for “making very small interiors spatially interesting.” Norman is known for mentoring young photographers, for his selfless sharing of information and techniques. As Stan Ries says of his oldest friend and mentor, “I am honored to be able to help curate his work so that it becomes well known to a younger generation of photographers and architects.” On the occasion of the opening and to mark Norman’s 80th birthday, I put some questions to him about his work in observing and recording architecture, changes in technology and approach, and memorable imagery. 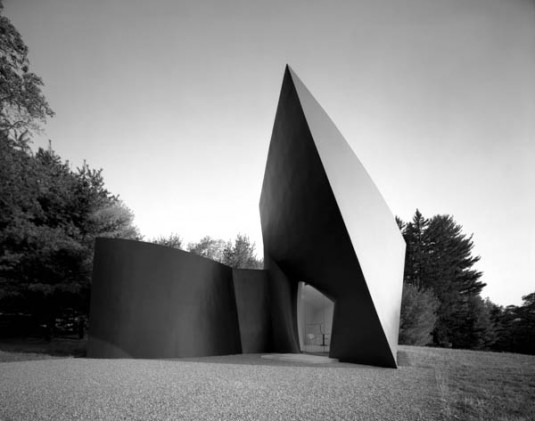 Susan S. Szenasy: Some of your most memorable images of architecture, for me, come from you film phase, especially the black and white prints. What is it about black and white photography that is so eternally appealing?

Norman McGrath: When I was originally drawn to the field of architectural photography it was for the most part a black and white medium. Color was something of a novelty. Large format photography in color was largely confined to the advertising arena and much of it accomplished in studios. The best quality of color film was Kodachrome but that was confined to 35 mm cameras, less well suited to the documentation of architecture. 4 in. by 5 in. view cameras were considered the ideal tool. This type of camera offered the most control over the image of this essentially static subject.

The 1970s was the decade in which publications started to use color on a regular basis. And of course this switch from black and white images was so complete that today their use is confined to academia and books. It has been many years since I was asked to take black and white photos by architects and designers. I think this is a sad state of affairs. The color component of much architecture is not its most significant feature. Indeed some subjects are easier to evaluate when rendered in black and white. Form, texture, the play of light, shadow, highlight, and tone sometimes produce a stronger photograph in the absence of color. Compare, for example my color and black and white photographs of the Piazza D’Italia in New Orleans.

With the advent of digital capture, the photographer can, in fact, just as easily produce black and white as color. Have you ever seen a color photograph by Henri Cartier-Bresson? I don’t think color would have added anything to them. 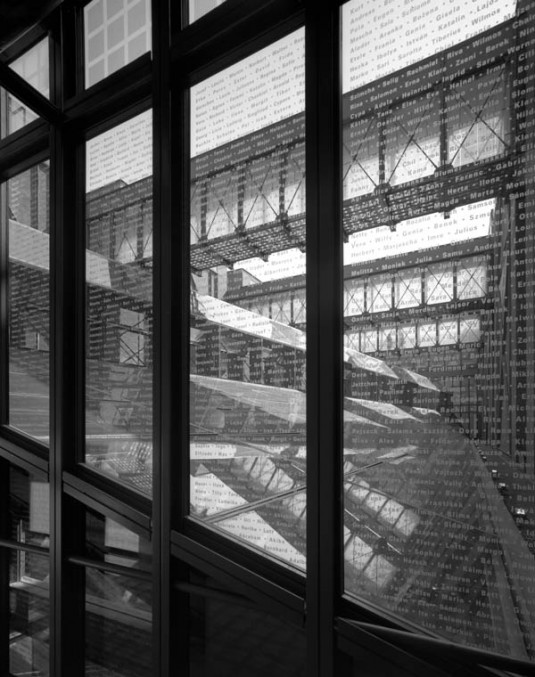 SSS: As you look back and look at the present, how has your work changed when you switched from film to digital?

NM: Has my work, in fact, changed? I am not convinced that it has. My point of view has altered little but, of course, the tools I use have. Strangely, it is difficult to distinguish the difference between film-based images and those produced today, digitally, perhaps because of the computer. Considering how different these two processes are, this comes as quite a surprise. It would probably take an expert to tell the difference between prints made from black and white negatives printed on silver-based paper with the aid of an enlarger and those produced with a digital printer from scans of the same negatives.

SSS: You shot some of the most important buildings of our time, inside and out. When you think about the thousands of images you captured through the years, are there some that jump forward from your memory? If yes, what are those images? And why do you think they live on so strongly?

NM: Yes, indeed, there are quite a number of images from my archive that stand out in my mind. The reasons, however, have as much or more to do with the subjects photographed than with the compositions themselves. I have always maintained that truly great architectural photographs are rarely created without equally great architecture. And in this respect I have been lucky to have had the opportunity to photograph so many significant architectural subjects. Some that come to mind are Pennsylvania Station’s demolition (originally designed by Stanford White), Charles Moore’s Piazza D’Italia in new Orleans, Philip Johnson’s Glass House in New Canaan, John Johansen’s American Embassy in Dublin, Ireland where I grew up, Hugh Stubbins’ Citicorp Center, and many houses by Michael Graves, Peter Eisenman, Charles Gwathmey, Myron Goldfinger, the Centerbook group, and many others. 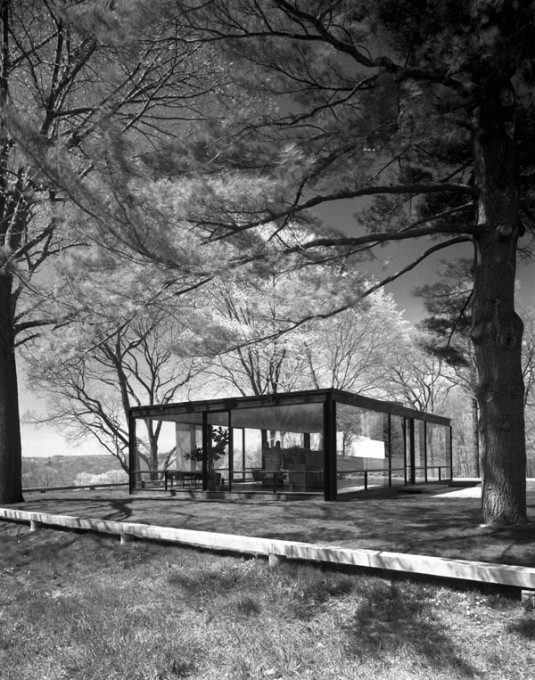 Obviously the interest in Penn Station is strong to this day. The Pizza D’Italia, my most published work, has been synonymous with the Post Modern movement in architecture. It is not in prime condition so my photographs have an importance that they would not otherwise have assumed. I have also tried to take advantage of situations when views of iconic buildings arise, displaying aspects of them that are likely to be fleeting. In this respect living light in Manhattan is a big advantage.

SSS: Your interior photography is as well known as your formal studies of architecture in the urban context.  What was, and what continues to be, your best approach to capture interior space as human habitation, not simply as design?

NM: I have always believed that documenting interiors is the most challenging segment of architectural photography. You are literally inside your subject. To include a substantial proportion of a space you are forced to use wide angle optics, the use of which presents many pitfalls. Because of my writing and workshops I have been forced to articulate these problems, so I have thought about the subject a lot. One of my main objectives has been to display enough of the interior for the viewer to approximate the experience of having been there. Wide angle lenses tend to enlarge spaces. When not used carefully they distort objects close to the camera and thus draw attention to themselves. So, in short, a good interior photographer devotes much energy to the use of the wide-angle lens.

Interiors have their own composition. When translated into two dimensions, so too, does the photograph. The happy convergence of these two elements leads to the ideal objective. Often the simple approach is what works best. While very high or very low viewpoints can yield dramatic compositions, only rarely do they emphasize the ‘lived in’ look.

We went through a period of photography when the majority of published images were in fact vignettes—snippets of different elements of the interior recorded to look closer together with the use of longer focal length lenses. They frequently made for beautiful but not very informative images. Magazines loved them but the reader was often frustrated and confused by the lack of basic information. 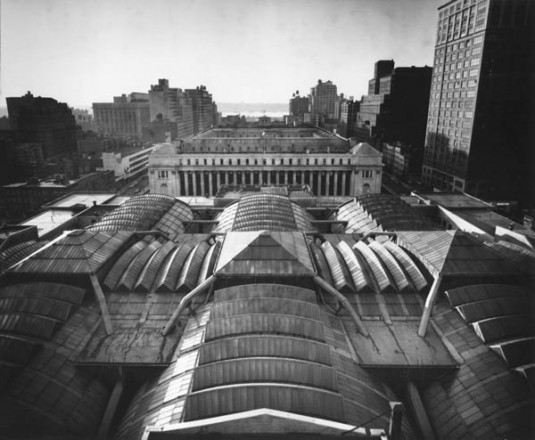 SSS: You are a member of the Explorers of Light, sponsored by Canon USA. Can you tell me what this program is about?

NM: I have benefitted greatly from Canon’s Explorers of Light Program, originally devised as a way to link Canon with well-known, respected photographers both to their and Canon’s benefit. I am the only architectural photographer in this group which includes many of the top professionals in a wide variety of specialties. The program enabled me to switch to all Canon equipment for my 35 mm film assignments at a time when it would otherwise have been unaffordable for me to do so. Today I am convinced that the Canon equipment I used is the best available for architecture work and wouldn’t be part of the program if I didn’t think so. Being part of this group has made the transition to digital photography an easier challenge but challenge it was. The availability of loaned equipment, technical support, and advice has been invaluable. It has literally extended y career. Thank you, Canon.

SSS: You are well known as a teacher of photographic workshops. What would you like to say to aspiring photographers, who are free to work in many media today?

NM: Since the late eighties and even somewhat before that I have been involved in giving week-long workshops in architecture photography. Initially these were in Rockport at the Maine Photographic Workshops, now Maine Media Workshops. This successful organization was funded by David Lyman in 1973. He no longer runs it, but it is now accredited by the state and offers degrees in photography, still and video.

I have found the experience of teaching most fulfilling. It keeps me in touch with younger photographers and I also learn from them as they are almost always more computer-savvy than I am. A week-long workshop can provide just the impetus a young photographer needs. Because it is so compressed, you learn more than you could any other way.

The advent of digital photography has empowered many to try their hand in the field, professionally. This translates into even more competition. Now a would-be photographer should have a good basic knowledge of architecture, above average technical skills in photography, but also computer know-how. Photoshop plays an invaluable role and can make up for shortcomings in other departments. But to make a good living, one must have business savvy. That’s it in a nutshell. 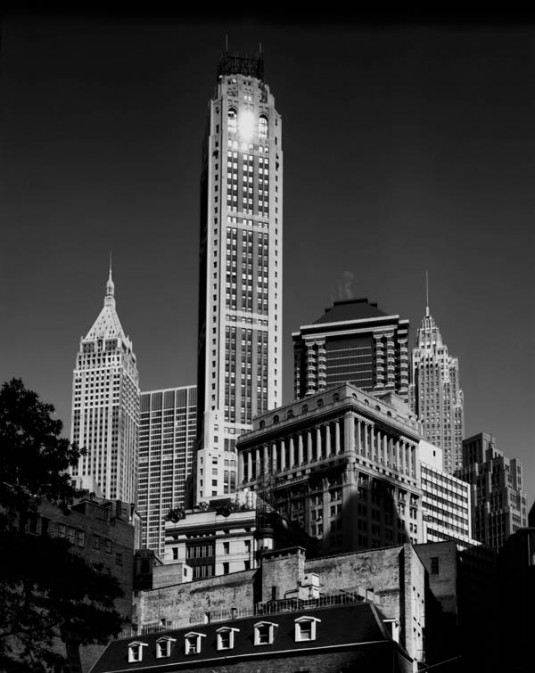