Suzan Tillotson’s lighting design at the Lincoln Center, New York. Photo courtesy Suzan Tillotson Associates. The work of lighting designer Suzan Tillotson is no doubt quite familiar to Metropolis readers. She collaborated with Rem Koolhaas, Josh Prince-Ramis, Petra Blaisse and the designers of OMA on the now seminal Seattle Central Library. She worked with Diller […]

The work of lighting designer Suzan Tillotson is no doubt quite familiar to Metropolis readers. She collaborated with Rem Koolhaas, Josh Prince-Ramis, Petra Blaisse and the designers of OMA on the now seminal Seattle Central Library. She worked with Diller Scofidio + Renfro on the School of American Ballet, at Lincoln Center, and teamed with SANNA on the New Museum of Contemporary Art, in New York. Recently Barbara Eldredge spoke to her for our Leading Luminaries story. An edited version of their conversation follows. –Martin C. Pedersen 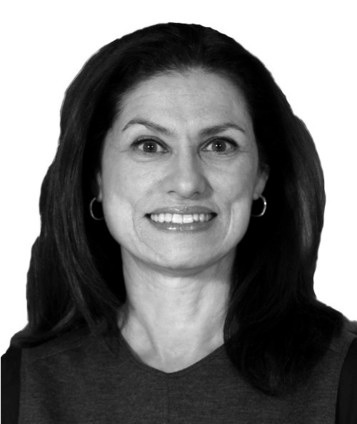 Tell me a little more about organic LEDs.

I saw the first usable one at Light Fair in Philly last spring and to be honest with you I’ve been trying to use it ever since. It’s very difficult because I haven’t been able to get it on a job. The photometry has been slow. We’ve got it now, but we’re waiting for pricing. It’s not cost effective yet. It’s more expensive than the typical LED but it’s has a lot of promise.

Are OLEDs made out of natural chemicals?

The electroluminescent layer is supposedly made of organic compounds. Right now they’ve been used in television monitors. They’re not as bright and not as efficient at providing light for working as regular LEDs. So I don’t know where they’re headed but I saw my first useable luminaire. And it’s just beautiful. I think Acuity makes it. It’s a series of small five-inch square planes, folded like a piece of paper—cut on the bias and then folded down. It’s really pretty.

Are there still applications that you think LEDs aren’t well suited for?

Oh sure. The thing we’ve been saying in our industry is, it’s still the Wild West. LEDs haven’t been around long enough for everyone to know what the pitfalls can be. We’ve had issues with controls and longevity. And whenever you specify something new, even if it has a warranty, the manufacturer might have to replace the product three or four times because they’re learning as they go. But then the problem that building owners face is who’s going to pay for these things to get reinstalled three or four times? There are a lot of issues with these products because they’re new. A lot of information is missing for a lot of these products. But they’re improving, almost monthly. The products become more refined. It’s exciting. We’re all kind of wait-and-see, and show me. That’s what it’s all about right now: show me show me show me. 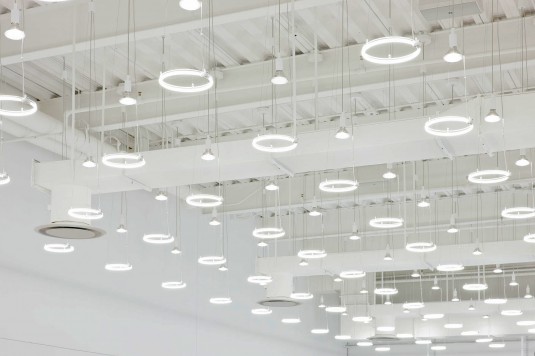 Is there any other new lighting technology that really gets you excited?

Besides the LED, no. We’re still hoping the public can get on track with this idea of no light. Or maybe living with less light. Because there’s a lot people can do with the way they use spaces that’s totally independent of the light source. Building controls are very important. Also, let’s rethink all these light level standards that haven’t changed for fifty years. This is the level we supposedly need to see by. Designers need to challenge some of that old information

Are those light levels set by convention?

It’s standards that the Illuminating Engineering Society recommends. It’s time for everybody, on a job-by-job basis, to look at them more carefully, based on  finishes, on the amount of hours people will be performing a certain task, on the daylight in the space. It’s always our job to do that, but it’s difficult to challenge these conventions when they’re in writing. And it’s difficult to challenge light levels because the general public really doesn’t understand them.

What kind of computer software does your firm use?

We use AGI for our lighting calculations. That’s our primary tool and it has limitations. We also use Lightscape and Ecotech because we do a lot of day lighting tests. We create mock-ups as well.

Do you make scale models?

That’s how we start and often times, especially for daylighting, we like to do full-scale mock ups with the architect. It is important. It’s hard to do it if you don’t full scale.

What about solar powered lighting and the future of that? Are there any other promising green lighting technologies?

We haven’t had much of an opportunity to use photovoltaics because they’re expensive in terms of what they can power, and difficult in terms of what they can pay back. We proposed it for a few outdoor projects, where we thought: “Wow, we have this façade. We could power all the lighting fixtures illuminating the façade if we had photovoltaics on the roof!” But it was still too expensive. We haven’t been able to get it to work. But I wish we could. It would be really wonderful to light a self sustaining building.

Do you think it will ever happen?

I think a lot of people are working on that. I was just in New Orleans and I saw a few of the new Make It Right homes had PV panels. It would be good if they didn’t look so applied and were somehow integrated into the roof shape shingles. They’re not very attractive. Especially for homes of that scale, but the concept is great.

What do you think will emerge as sort of the biggest challenge for lighting designers in the coming years?

Just continuing to keep abreast of new technologies. It’s one thing to do lighting design when you know what all the products are. It’s a whole new ball game when you don’t even know what might be out there. The other challenge is, each year we’re asked to provide the same light levels for a lot less power. As lighting designers, we’re getting a hand tied behind our backs. That’s why I’d like to see more of a whole building approach, because there’s a limit to how low you can go with light levels and also a limit with the technology we have available to us. If the LPDs [lighting power densities] keep going down down, down, its just not going to work. Unless people want to stop working or walking or seeing at night.