Field notes from the international symposium on urban design after the age of oil.

In 1958, the Rockefeller Foundation and the University of Pennsylvania hosted the groundbreaking “Conference on Urban Design Criticism.” In an age of urban renewal and tear-down redevelopment, the gathering was meant to forge a new understanding of city planning and design. Jane Jacobs, I.M. Pei, Lewis Mumford, and Louis Kahn were among the attendees. Jacobs left and began work on The Death and Life of Great American Cities. The event, by all accounts, helped galvanize thinking around the emerging field of American urban planning. Fifty years later and The Rockefeller Foundation and Penn are partnering again.

Re-imagining Cities: Urban Design After the Age of Oil kicked off last night with a welcome dinner on the Penn campus. The ’58 event focused on the American city, but today the reach is global. Planners and designers from around the globe have come to present ideas for design in a world of diminishing resources. The goal is to exchange ideas, connect with other professionals, and draft a manifesto for urban planning education moving forward. 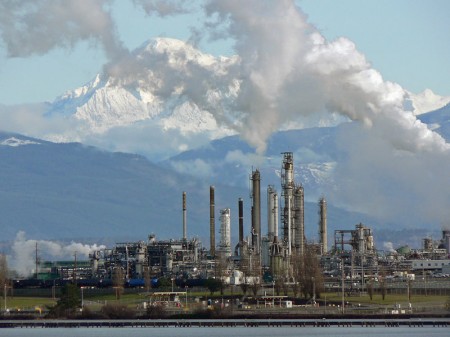 Princeton’s Robert Socolow, co-principal investigator of the Carbon Mitigation Initiative, opened the event with a presentation that set an important precedent for the next two days: He took the design profession to task for its energy consumption and challenged professionals to focus attention on a building’s performance, construction detail, and secondary decisions such as interior design. “Architects love to give prizes for buildings that aren’t yet constructed,” he said, suggesting that a review of a structure’s energy output five years into its operation would be a much more valuable exercise.

It’s going to be interesting to see how the profession begins to redefine itself over these coming days, and to see how designers believe that we can move forward. I’ll be following the event along with a group of talented bloggers, including Lloyd Alter of Treehugger; Ryan Avent of Grist; Nate Berg of Planetizen; Andrew Blum of Wired; Randy Crane of the Urban Planning Research Web Blog, and Diana Lind of Next American City. Our posts will be going up live on the Next American City Web site, and I’ll be linking to them here as well.

Be sure to join the conversation. This is a sold out event, but this is your access to some of the top minds from around the world. Take a look at the line up of speakers, check out the plenary sessions for today and tomorrow, read the blogs, and post comments and questions. This is your chance to be a part of the conversation.