The New York architect died on Monday at age 71.

The architect Charles Gwathmey–a principle of Gwathmey Siegel & Associates and a member of the New York Five–passed away on Monday at the age of 71. Here, two of Metropolis’s editors recall the man and his work. In addition, we are reprinting an excerpt from a 2002 article in which our columnist Philip Nobel praised Gwathmey’s design for the United States Mission to the United Nations, currently under construction in Manhattan.

As New York’s modern-art museums needed to grow into the late 20th century (the Whitney in the 1980s, the Guggenheim in the early 1990s) they turned to our hometown heroes–members of a select group of youngish architects, the New York Five–to design fitting additions. Michael Graves’s post-mod confection, hovering over Marcel Breuer’s fortress-like Whitney, encountered venomous attacks and so remains, in model form, in the architect’s Princeton office. But Charles Gwathmey’s more conservative addition to Frank Lloyd Wright’s daring Guggenheim survived and became a familiar fixture behind the Fifth Avenue building. Though the calm, deferential design was widely criticized for being calm and deferential, Gwathmey had the architecture community backing him up. I was at one of those architects’ gatherings–really, it was more like a rally–in support of Charlie. One by one, advocates for his design, as well as fans, spoke. A robust John Hejduk bounded up the stage and, with great dramatic flair, defended his friend, calling on the gathered to support him and his design, likewise. It was then that I realized the enormous respect Gwathmey had among his peers. He said little, but was clearly moved by what was said and the passion that lit up the room. 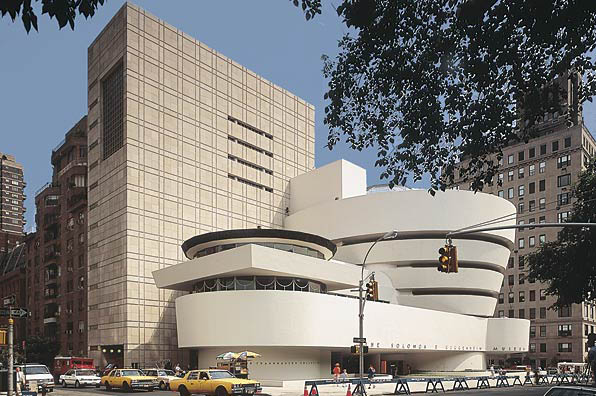 Charles Gwathmey had presence. He could stand in the middle of a room and command attention without saying a word. His persona (and he had one–all successful architects do) had a slight touch of menace about it, like Jackson Pollock. He was very much a no-bullshit kind of guy. He looked and sometimes talked not like the erudite architect that he clearly was, but like a New York City homicide detective. Long before email made it something everyone did, Gwathmey was famous for sending tart one- or two-line missives to writers and the magazines they wrote for. I’ll bet that most architecture critics of a certain age have been flamed by Gwathmey at least once. (Someday someone will collect them as a book–they’ll make for hilarious reading.)

As an architect, the houses are perhaps his real legacy. The one he designed in the Hamptons for his parents in the 1960s helped to establish him as an important young architect. He once described it as “a solid block that has been carved back to its essence,” adding, “There is no additive, no vestigial, no applied anything that detracts from its primary presence.” Forty years later that seems like a fairly apt description of the architect himself.

Nobel’s column begins with a description of some of the early designs proposed for the World Trade Center site, which, he writes, “are invariably too conjectural, too personal, too vague, or . . . too sensational to be of much use when utility comes calling.” He continues:

It’s calling now. The issues facing tall buildings–fire, gravity, life, death–could not be more real. And the public–edgy, engaged, and clamoring for answers–is for once, God help and bless them, knocking on architecture’s front door. What will we give them? Trick or treat? 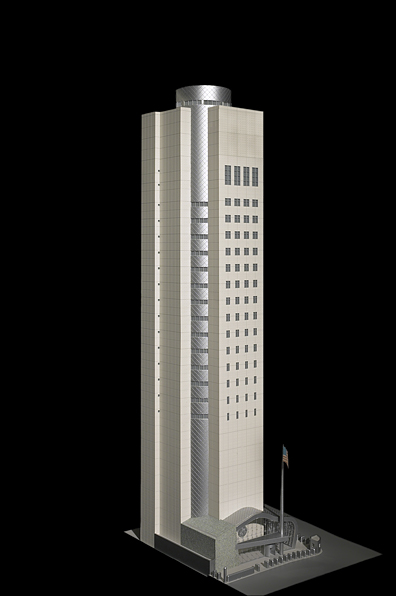 Fortunately, and just in time, a building has recently been conceived with these very concerns in mind: Charles Gwathmey’s United States Mission to the United Nations, designed for a corner site at First Avenue and 45th Street. This project is one of the first to give form to the standards adopted after the 1998 African embassy bombings, and it is the only one so far planned for “the homeland.” The mission is a 22-story-tall safe room. The program includes space for the State Department, the offices of the ambassador to the UN, and, most likely, an alphabet soup of more secretive agencies (as with some of the structural details, mum’s the word). This is not the kind of building that a developer might throw up on spec. But in the way that it grapples with “defensive military design and technology” and translates it into normative civic architecture, the mission could be a model for whatever must come next.

Gwathmey’s strategy was to accept and work with the project’s strict limits. Or, as he put it recently: “Constraints are dynamic.” Soon after receiving the commission in 1998, the architect went to Washington, D.C., to attend a conference on security. “Everyone there was complaining about the blast restrictions,” he said. “My ideas was that all the restrictions should provoke an opportunity to create a new kind of architecture.”

At first glance, the design for the mission is not all that new. There’s a square concrete shaft for the tower, rising without setbacks from a greenhouse lobby rendered as a low outbuilding with a softly curving roof. The narrow facade above it is blank for seven stories, then punched with rows of four windows that get progressively wider at each floor. A cylinder engaged in one corner rises from the ground through the sharply pitched roof, where it forms a pill-box cupola housing the mission’s grand reception room. A hefty flagpole, integral to the lobby structure, gives the requisite nod to monumental officialdom. 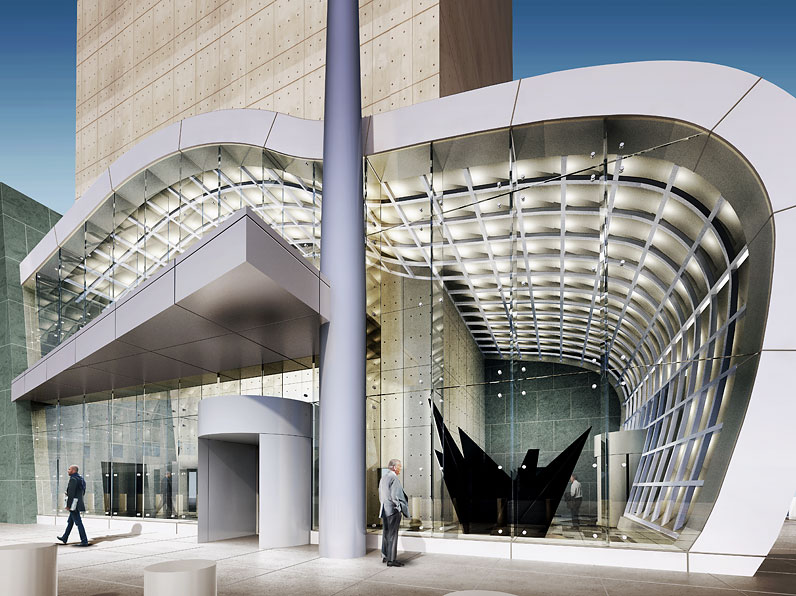 “In the end,” Gwathmey said, “the United States wants to present itself as a free, open democracy.” But this building is designed to shake off assault by the breed of oversize truck bombs that took down the embassies in Kenya and Tanzania. That delicate balance is cleanly expressed in the details of the lobby. The building is entered, as in any office building, through a bank of glass doors in a glass wall. Screening–with its associated machines, uniformed personnel, and totalitarian intimations–will be hidden from view in two concrete outcrops that frame (and shield) the base of the tower. This frees the lobby to be a proper public space, but it also puts it outside of the security perimeter; Gwathmey calls this part of his building “frangible.” In other words, the lobby is a crumple zone, the place to stand if you want to assert your defiance in the face of terror.

The pattern of the windows is also subtly expressive of the mission’s material calculations of freedom and fear. An explosion of a given size, detonated in the open, will lose force with distance at a known rate. It is possible, then, to determine the load a blast will put on a building, and to meet that modeled abuse at each point. The windows, tension-reinforced to reduce shrapnel, expand in inverse proportion to the imagined threat. Another contingency is addressed by the roof: it is sloped to shed the anticipated wreckage of taller buildings that surround the mission. As Gwathmey said, “It is designed to withstand the failure of itself and everything around it.”

What a world we live in where such a thing has to be built in Midtown Manhattan. And what a world it would be if more architects found similar ways to thoughtfully serve the public that has lately shown such an admirable and sustained interest in design.