All-nighters and design school go hand in hand, but the night before graduation? Really? Shin Cho and Stuart Helo–two ‘09 Harvard GSD graduates and the partners of Cho+Helo–spent the early-morning hours before their big day on the last-minute assemblage of their first project as architecture professionals: a jagged aluminum pavilion hovering over the lawn outside the GSD’s main building.

First envisioned last September, after Cho+Helo received a grant from the Korean Ministry of Knowledge Economy, the pavilion took nine months to go from rendering to reality. Recently, I spoke to Helo (full disclosure: he is a friend and former classmate) about the logistics of the project. The components are as follows: 120 tetrahedra bolted to nine curvy secondary supports attached to a steel base. The tetrahedra are also equipped with SolLight solar-powered LEDs for nighttime illumination. 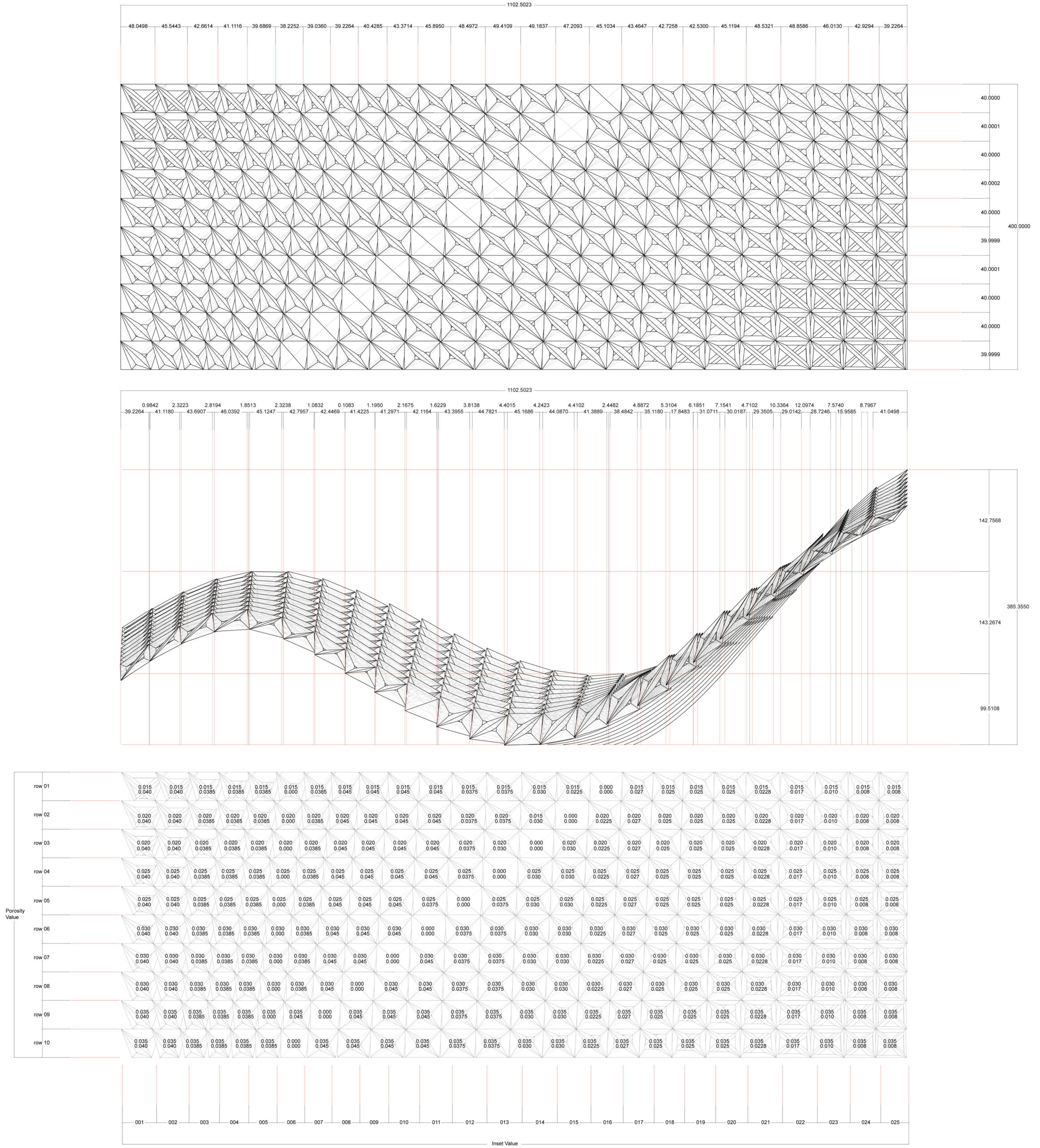 A plan and elevation of the pavilion (click for a larger image). Adams Kara Taylor provided structural-engineering assistance; InMetal handled the fabrication.

The 3-D program Rhino was utilized in modeling. To make the pavilion work, Cho and Helo had to create a pattern that could simultaneously tolerate a curve and a twist–distortion in two axes. Then they could worry about the individual tetrahedra, each of which began as a thin rectangular volume that was then folded into fours and manipulated into the final pyramid shape. For structural purposes, the porosity of the pavilion varies–i.e., some tetrahedra have larger central cavities than others–which makes for an interesting variety of transparency and light conditions along the surface.

There’s no doubt that parametric software is transitioning from a mysterious, wow-inducing tool of starchitecture to an accepted part of mainstream practice, as Karrie Jacobs recently wrote in the magazine. But for two twentysomethings in an emerging practice, like Cho and Helo, parametric techniques are still fertile ground for architectural play–and good reason for continuing the old up-all-night antics.

With no real practical function, the pavilion stands as what Helo calls a “folly in the landscape”–and, admittedly, the swooping bed-of-nails aesthetic was secondary to the exercise in computer-aided parametrics.