In the second-to-last installment of our weekly blog, the author considers houses from past years of the Building Project.

All summer long, first-year graduate students at the Yale School of Architecture have been blogging about their progress building an affordable, accessible owner-renter residence in New Haven. Next Monday we will post the final installment of the Building Project blog. Click here to read the entire series thus far–and, as always, leave your thoughts in the comments form below.

Wow, the house looks great–what a lot can change in four weeks!

My reaction when I visited the Yale Vlock Building Project site early this week was one of surprise and enthusiasm. I am not a member of the crew working to finish the house over the summer, and have been away from the project since the end of June. I was impressed with what my industrious and exhausted classmates have been able to accomplish in the last month: siding, flooring, plywood sheathing, and dozens of details. One team designed and built custom cabinetry with the help of Breakfast Woodworks; it was ready and waiting to be installed when I visited. “Jimmy”–barely a rough concept when I left–has emerged in the fine points of the design: plywood sheathing details and the hotly debated choice of a bright red color for the exterior porch spaces. 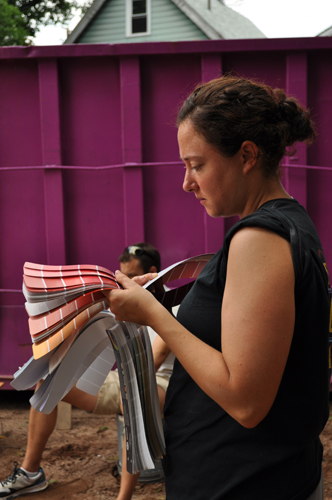 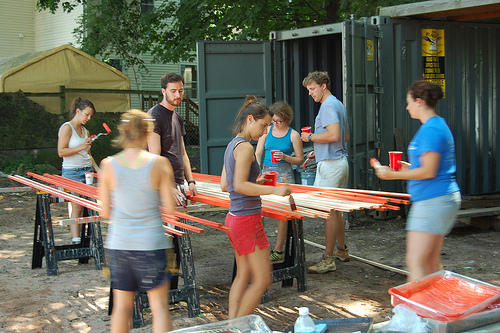 Painting after the final color decision has been made 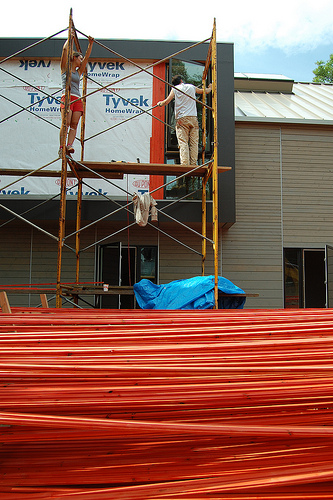 Red siding being installed on the rear tenant porch

Although I was well aware that construction was progressing in my absence, my mental image of our project was nonetheless fixed on the last afternoon I put hand to nail gun. Until my recent visit, the house, to me, was still a Tyvek-covered SIP exterior and a web of almost-level interior stud walls. Buildings change. Maybe it’s a simplistic realization, but it hit home for me. Soon my classmates will also abandon the site, leaving the finished house to its future owner. And I know the changes won’t stop there, even if we always remember the house at the moment we hung up our hammers and paintbrushes. 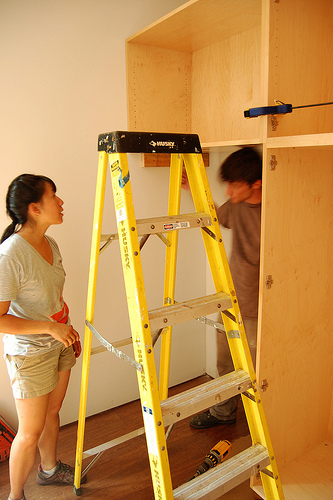 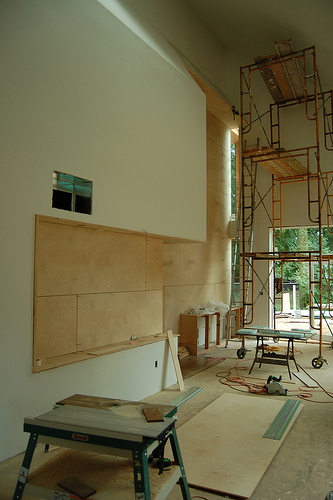 Left: Vivian and Daniel install custom cabinets in one of the downstairs bedrooms. Right: plywood sheathing on the interior of the owner unit

With this in mind I decided to visit some of the Building Project houses from years past, partly to see how they had changed over the years, but also to try and understand the lineage of this project, which has been actively building for more than 40 years (and constructing houses in New Haven for 20). I wonder how our house and its neighbors (last year’s house on one side, next year’s on the other) will fit into this history.

I have several observations from my little pilgrimage. First, some of the houses have weathered the years better than others. Many look in need of a coat of paint and some physical repair, but all that I saw looked lived-in and used.

I was, in fact, surprised at how well most seemed to negotiate their neighborhood context. Yale Building Project houses are unique: they walk a fine line between blending into a typical New Haven neighborhood and standing out as innovative educational experiments in housing design. I hope our house will navigate that line as well as some of its predecessors. 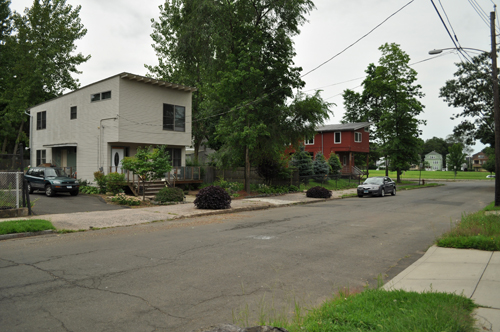 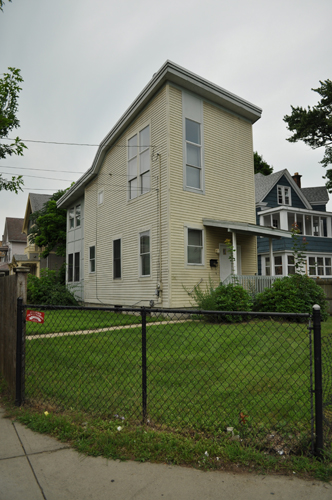 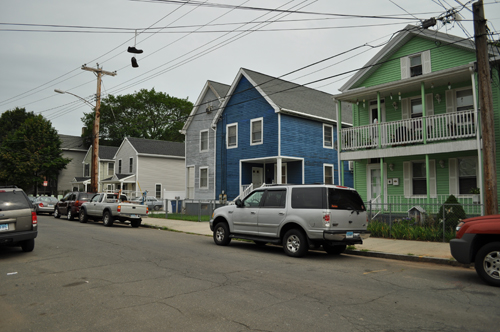 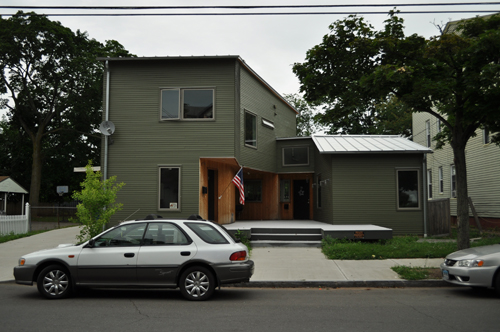 Our house and its neighbors are also somewhat different. Since the Yale Vlock Building Project is building on adjacent sites over three consecutive years, the sibling houses will, by this time next year, dominate King Place. It has been a challenge for our class to design in such close proximity to the 2008 house, but I also think we learned more from last year’s design than we would have otherwise. With the 2009 house nearing completion, details emerge that demonstrate the buildings’ kinship (a shared gable, similar porches, a cowl window) as well as their differences (the treatment of the exterior siding and the owner and tenant entrances). I am eager to see how next year’s class will respond to the rest of the block. 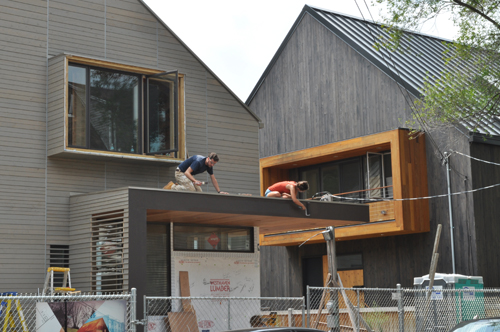 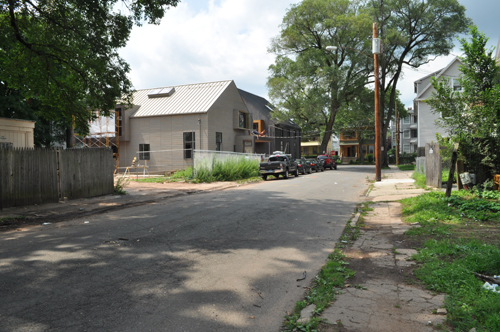 Finally, on my drive I was struck by how much I wanted to know more of the detailed personal stories behind the design of each building. It would be nice if there were a blog I could read from every previous year. I know a number of alumni, friends, and individuals who have been involved in the Building Project read this journal. If you care to comment, what are your memories of the Building Project? What are your thoughts on the experience now and on the future of the Project? We are still writing ours.
https://metropolismag.com/10512