The National Museum of American History in Washington D.C. recently reopened its doors after the completion of its two-year, $85 million renovation. Fondly referred to as “America’s Attic,” one of the museum’s renovated galleries contains a true national treasure—the Star-Spangled Banner, the flag that inspired Francis Scott Key to write the poem that became our national anthem.

The architects at SOM were challenged with creating a patriotic entryway to the gallery that houses the famed flag. With the iconic image of a waving banner as their inspiration, the SOM team created a flag with metallic mirrored pieces, which draws in visitors who can view their own reflection in the great undulating flag.

SOM worked with 3form Architecture to develop the custom Varia Ecoresin installation. The Abstract Flag, as it is now called, is composed of fifteen ribbons with 960 “pixels” and hangs above the entrance to the Star-Spangled Banner Gallery. 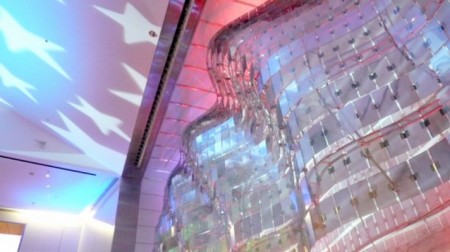 Check out photos and a great narrative on the museum’s opening on NPR and also find the time to learn more about the fascinating history of the flag (including information on the bumps and bruises the banner has sustained over the years) in the museum’s interactive gallery. 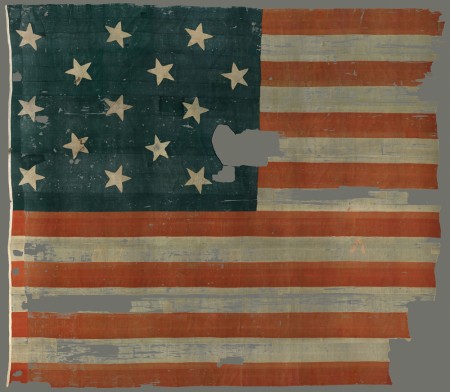