A native of Kyoto, Japan, Hitoshi Ujiie grew up in a kimono design and manufacturing family, learning all aspects of the trade. He studied at a textile college in Japan and under Glen Kaufman, textile fiber artist, at the University of Georgia in the United States. He also produced exquisite fine art textiles purchased by […]

A native of Kyoto, Japan, Hitoshi Ujiie grew up in a kimono design and manufacturing family, learning all aspects of the trade. He studied at a textile college in Japan and under Glen Kaufman, textile fiber artist, at the University of Georgia in the United States. He also produced exquisite fine art textiles purchased by important museums so…

What happened? Ujiie discovered that technology can now achieve durable images on any surface, porous or non–porous, floors, walls and ceilings. He coined a profession, “Surface Imaging Designer,” and decided “That is the future.”

“It’s easier to explain to people just by wearing this shirt.” 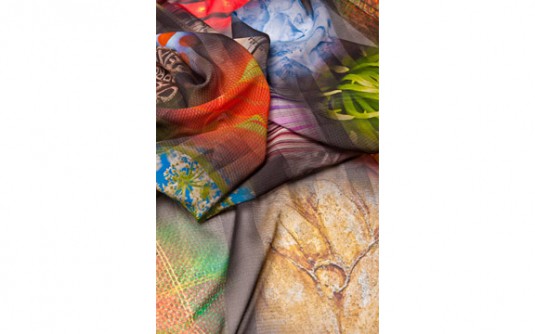 Hitoshi Ujiee, Director of the Center of Excellence of Digital Inkjet Printing for Textiles, is on sabbatical from Philadelphia University, formerly the Philadelphia College of Textiles and Science. The school was founded by a group of textile manufacturers in 1884, as a response to the Centennial Exposition of 1876 that revealed how far advanced Europe was in fabrics and design.

Ujiie’s mission, blessed by the university, is to create an entirely new program at the new College of Design, Engineering and Commerce. The “Center for Excellence” will morph into Surface Imaging Design, his own creation-in-the-works covering branding, sourcing and supply chain management.

“It’s not enough to be a designer, you have to be a business person,” Ujiie has warned students. He strongly believes students should position themselves as business entities prior to graduation. Emerging technology whether printing, laser cutting or 3D modeling, supports his stance. He is triumphing the old cottage industry concept in a fashion very similar in spirit to the pioneering efforts of Philadelphia knitting industry designer Andrew Dahlgren of ADMK.

What does it take for an individual student to set up a business designing, producing and selling custom textiles, for example? “About $2,500,” says Ujiie casually. What if that kind of money is not available? Form a co-op and pool your money, he says. As with any digital technology, he expects prices to be constantly dropping, so not to worry if you have big ideas.

“How do you teach innovation?” asks Ujiie’s colleague at Philadelphia University, Dr. Ronald G. Kander, Executive Dean of the College of Design Engineering and Commerce (DEC).  Kander is a chemical engineer by training and a materials scientist by profession. His concern, academically, is to address the potentially serious gap between creativity and the “reduction to practice,” as he puts it.

When asked if he had in mind guiding lights who inspired or reflect the ideal of the school Kander wrote back:

Steve Jobs, the first and last name sent just as shown above, was, perhaps, a Freudian slip.

Kander had made a cogent observation about the iPod itself as an elegant object that didn’t sell strongly, at first. Sales didn’t take off until it was coupled with the iTunes business model, an economic engine for the innovative, beautifully designed product.

This kind of insight, equally embracing all three components of design, engineering and commerce, is the cornerstone of something he hopes differentiates Philadelphia University in the academic marketplace of ideas.

Dr. Kander’s philosophy cautions that “you have to be deep in your own discipline” and then have the kind of broad, flexible intellectual underpinnings to communicate across other disciplines, a “T-shaped curriculum,” as he describes it (or a tree trunk with branches, if you like). Philadelphia University has two other colleges: Science, Health & The Liberal Arts and Architecture & The Built Environment. The bandwagon effect has already generated murmurings of cross-pollination with DEC.

Since Philadelphia University’s historical origins were industry based, such fundamental, inextricable ties to industry are crucial to DEC’s success. These clear connections are intended, ethically, to be contractually fair to both sides.

Only one semester old, DEC monitors its educational programs such that the major courses are constantly weighed against or balanced by general educational outcomes so that the “discipline” in interdisciplinary studies is given its due.

Kander knows the college wants to “create a generation of students who are capable of turning out products, processes and services that have actual value to others in the world.” He looks to his talented faculty to lead the way. 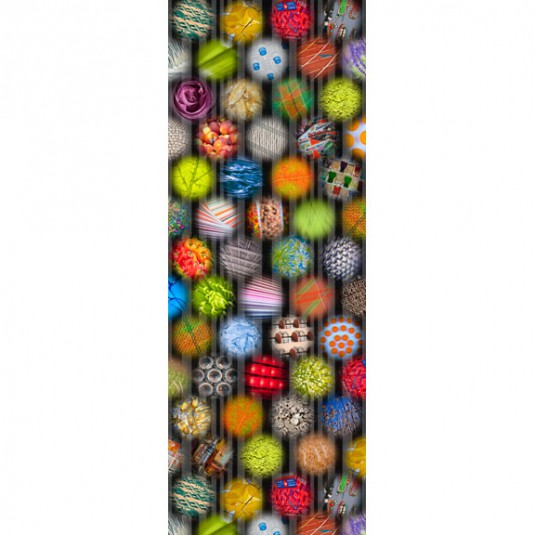 “Hitoshi Ujiie is incredibly creative and industrious,” Kander says with admiration. He points out that when Ujiie encountered the DEC initiative, “new vistas” opened up to him.

Ujiie was a practicing fine artist whose work is included in the collections of Cleveland Museum of Art, Cleveland, OH, and the Cooper Hewitt National Design Museum in New York, NY. His most recent show, however, was a distant year 2006. He decided the gallery route wasn’t a viable option for him and now is totally immersed in print technology and curriculum development for Philadelphia University.

Hitoshi Ujiie’s recent lecture itinerary included Switzerland, Germany, Canada, France, UK, Japan, Korea and China, variously at universities, private companies and conferences. In his frequent talks he touches on early efforts at inkjet printing. In1878, Lord Raleigh devised the mathematical underpinnings for ink jet technology that were to lay fallow for almost one hundred years. He had mastered the keys to the Inkjet Kingdom – viscosity, dispersion and timing – while steamboats still plied the riverways.

In the 1970’s, 8 dpi (dots per inch) printers were assembled. You may as well have lashed together eight fire hoses pumping colored inks compared to today’s 5000 dpi printers. Archival ink? Inks now are UV-curing rather than UV-phobic!

David Pogue, Technology Editor of the New York Times, no less, once admitted that he couldn’t keep up with accelerating technological advances in photography. High-end print technology, a closely related field, is no different.

So how do you fashion a new academic program in the midst of such an exciting yet tumultuous time? “I’m not sure,” reflects Ujiie. 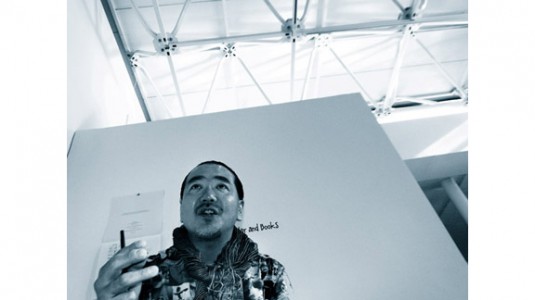 He is an explorer who knows the way but not the destination. It is the unknown itself that intrigues him. He knows he wants to draw on all different faculty members across disciplines at Philadelphia University. He also knows he wants to draw upon print industry leaders for their advice and equipment but the economy is presenting a significant roadblock. Ujiie anticipates that companies may not be as generous as they once were with expensive, state of the art equipment. The program is intended to launch by Fall 2013.

For all his peripatetic, global travels spanning art, technology, academia and industry, Hitoshi Ujiie clearly knows what he’s about…

“I make things that are beautiful and comfortable. That’s what I do.” 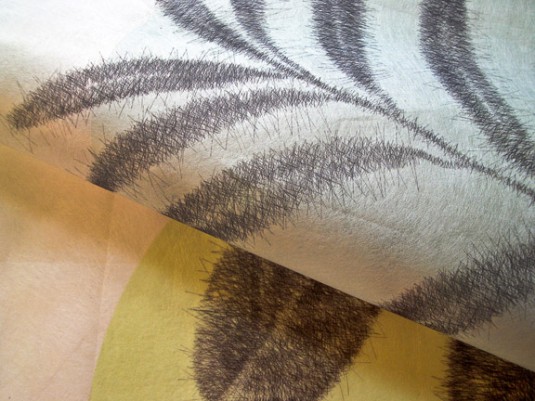