What Wellness Means in the Workplace

Our “State of Design: Where We Work” panel discussion series, concludes with conversation about wellness.

On December 1, Metropolis magazine and Meadows Office Interiors paired to host the last installment of State of Design: Where We Work, a series of panel discussions moderated by Metropolis publisher and editor in chief, Susan S. Szenasy, on the topic of contemporary challenges in workplace design.

Previous panels in the series dealt with the theme through a range of issues: from how can a “hacking” culture in the workplace support flexibility, and thus creativity, to the intricacies of designing for a multi-generational workforce, to acoustics and the impact a loud office can have on productivity. The most recent event focused more broadly on wellness, aptly summing up the series to encompass the concerns of the previous talks.

The assembled panel of industry leaders included Angie Lee, Director of Design Interiors at FXFOWLE and Jo Petherbridge, the Former EVP of Communications of BBC Worldwide Americas. Together, they worked to make the BBC offices in New York City an environment that’s dedicated to the wellness of employees as much as business. The BBC’s shift to accommodate an open layout office plan was guided by Lee and Petherbridge’s advocacy for spaces that promote happiness. Their holistic approach was based on instinct, Lee said. “We were very sympathetic in terms of tossing out anything that depressed us.”  Wellbeing, they reflected, must integrate the company’s own culture; for the BBC this translated into “a really interesting and layered story,” a space infused with art and subversive elements tinged with British humor.

The panelists also broached the issue of designers grappling with the company’s bottom line, since historically, productivity and wellness measures were not necessarily aligned. Citing progress, the panel noted how today, the idea is to find ways to champion office productivity without sacrificing human health.

Among the strategies to do so is reimagining what forms nature takes inside our buildings. Office plants are tried and true, for example, but natural patterns and cycles (along with their favorable effects) also have a place in the office, explained Randy Fiser, CEO of the American Society of Interior Designers. ASID recently underwent the design of their new headquarters in Washington, D.C., aimed at becoming the first building to achieve both Wellness Building Standard and LEED CI platinum certifications. In the offices, the organization used features like circadian lighting—a brightness and color temperature sequence that mimics daylight cycles—which have proven to improve sleep patterns and overall health. Fiser also noted, that for many years such technologies were cost prohibitive to install at scale, and that only recently, due to increase in demand from clients who deem this kind of feature important, has the price lowered into the realm of the feasible.

Humanscale’s Director of Industrial Design, Mesve Vardar, spoke about the necessity for comfort and ease of use in offices. Vardar explained how ergonomics, often critiqued as a rigid universal standard, is far from a static field and human factors is now more in the business of providing choices instead of naively universal solutions. “Office designs are changing, people are moving around, and technology means that you are not tethered to a desk anymore,” Vardar said. She and the other panelists agreed that any all-encompassing standardization, even seemingly healthful ones like standing desks, are no longer justifiable. If people hesitate to adopt the idea of unassigned workspaces, their doubts might be eased as they find that productivity, creativity, and wellbeing are positively affected by variation.

The panelists agreed that wellness is largely behavioral, but to promote positive routines, companies need to make the tools and supplies that employees need readily available. Vardar and the others talked about those who, entrenched in their work, let time pass by without attending to their body’s needs; in such cases alerts and reminders are a simple answer. Equally so, is giving employees access to healthy fare rather than sugar-filled alternatives as snacks. Standing desks, docking stations, secluded resting areas, open-collaborative spaces, all these design features make offices dynamic and humane, the panel concluded.

Wrapping, the participants reflected on how over the last several decades, the conversation about designing for the wellbeing of employees has shifted, from one of skeptical speculation to a robust discourse with data and pre- and post-occupancy studies supporting various claims and measures. While “wellness” may be a buzzword, Szenasy noted, there’s certainly an important conversation to be had on the topic that belies the hype. “Now, more than ever,” Szenasy concluded, “we need environments that highlight our humanity.” 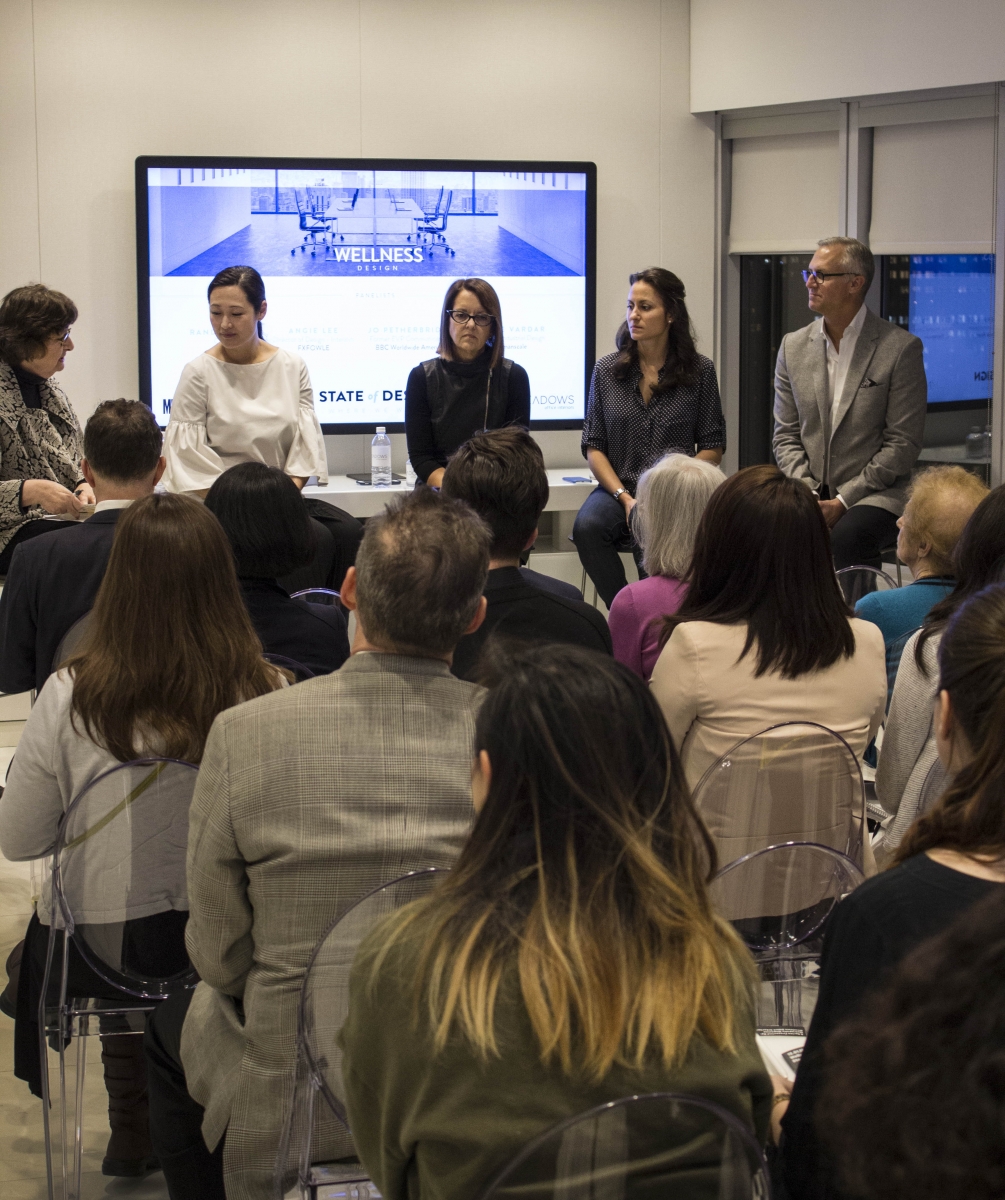 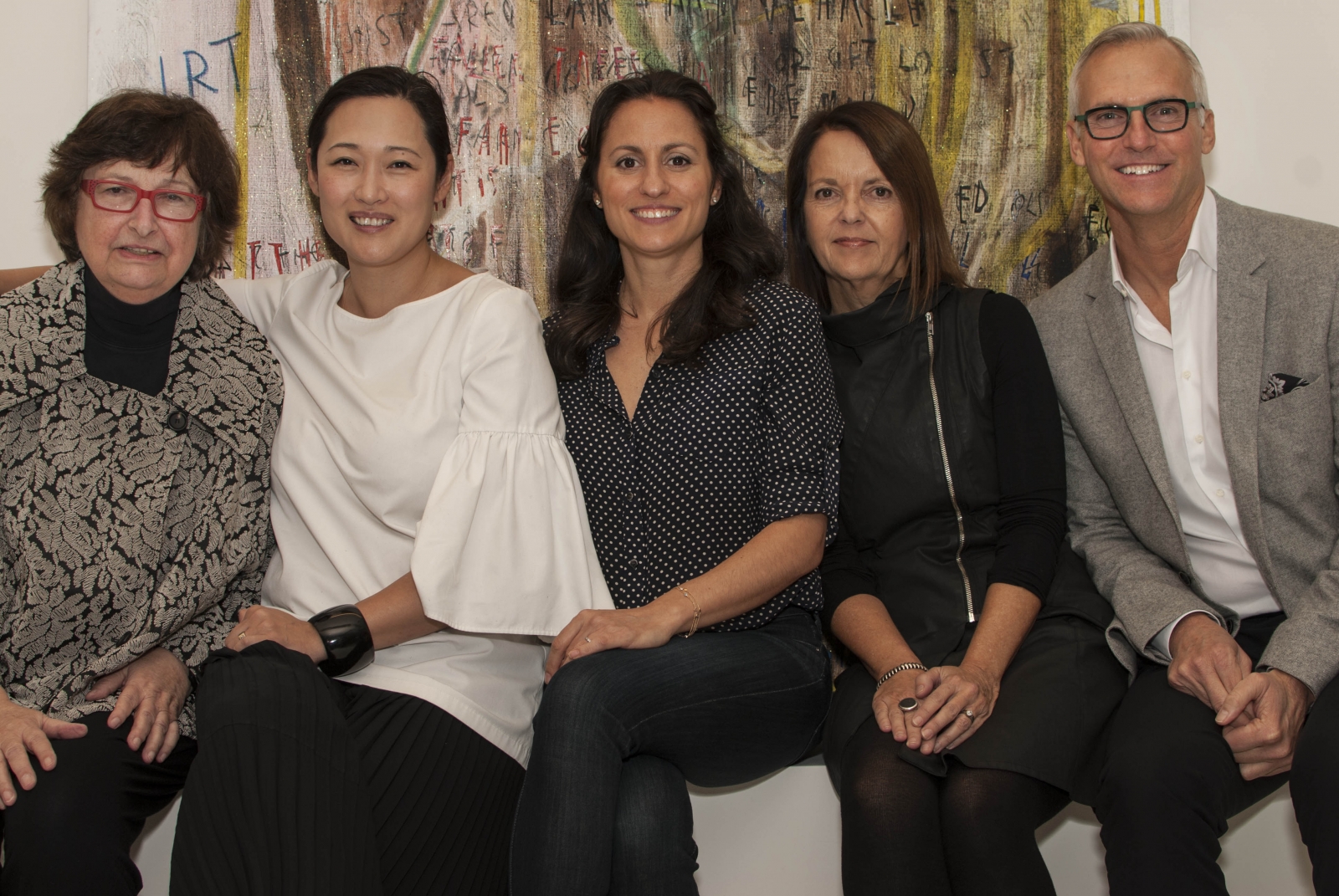 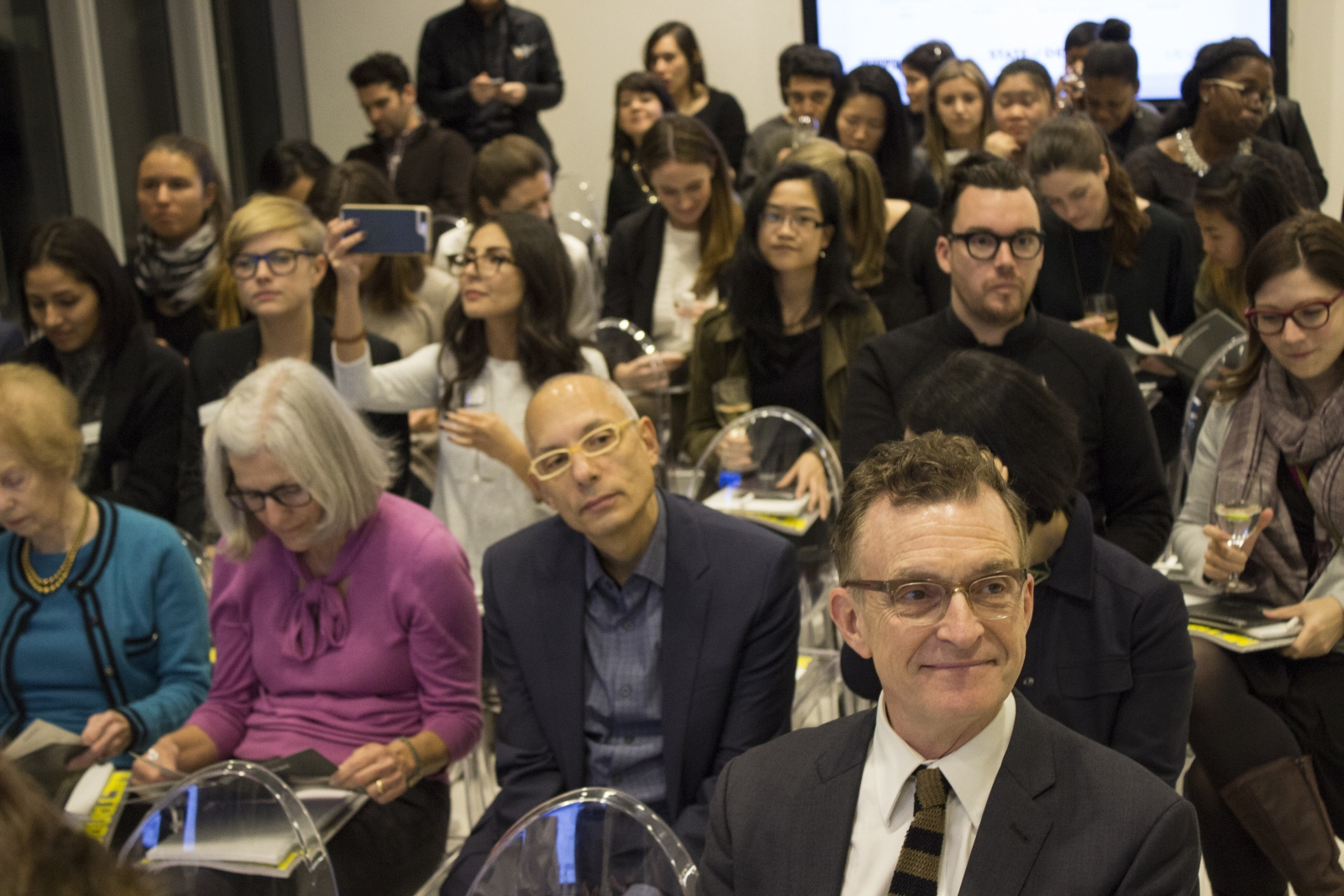 Attendees take note of the discussion