When SPOT Dreams of Electric Sheep

It’s appropriate to mention VALIS (Vast Active Living Intelligence System) because Draves’ art operates like some crazed living system, a rhizomatic artificial intelligence bouncing through space and beamed off-world. What will the aliens think of us when they receive these transmissions millions of years from now? If NASA ever does Voyager 3, this should be in its memory. 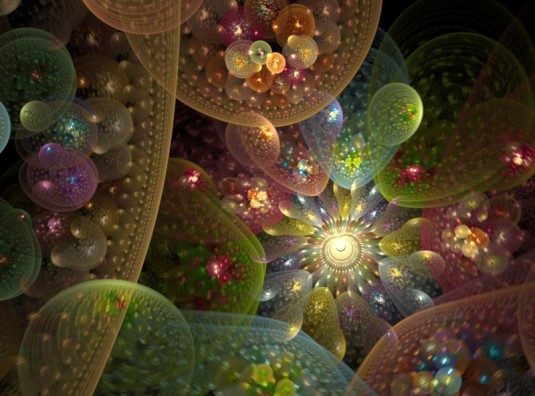 This distributed system is collectively known as the Electric Sheep. The open source code, what Draves calls the Flame Algorithm, continues to expand and incorporate new life. The resulting sheep are guided by the mathematical instructions encoded in Flame. Over 350,000 computers linked over the internet contribute to the generation of these “organisms.” 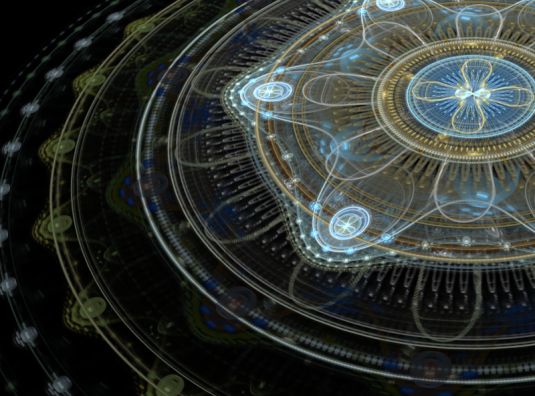 As an example, here is the code that generated sheep 16619. Note the assigned values for gamma, vibrancy, symmetry, and the numerous RGB color indices: 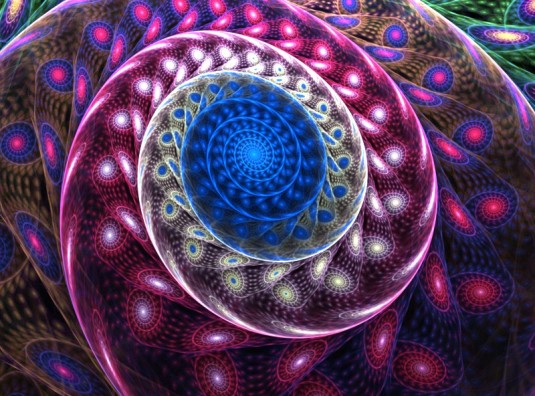 It’s relatively simple, actually. A sheep is brought to life by a sequence of values. This is the sheep’s DNA code. Incidentally, this sheep is now dead because the human participants killed it off. Sheep come and go. They have genealogies, histories, relationships. They evolve. Sometimes they die. To see a flock in the midst of evolution you can connect to sheepserver.net.

Obviously, this form of computer manipulation is in a totally different league from off-the-shelf software like Rhino or Maya. Its signature is constantly changing and can’t be pinned down. In fairness, platforms like Rhino and Maya are adaptable to architecture because they are based on rules that translate into representations of space.  These brands of software leave traces of themselves in the designs. They become legible above and beyond the architect’s will to design—often even when the architect consciously tries to bury the traces and subvert the signature. Flame, however, never looks like itself. Every flame, every sheep produced by a series of flames, is unique. Like snowflakes, no two are alike.

The closest architecture comes is probably Greg Lynn. Some of Zaha’s old drawings have a similar field-like quality, but they don’t live like these codes do. Could this be architecture? There is structure, depth, area, but it has less to do with a one-to-one translation into plans or sections and more to do with defining spatial dynamics and relationships. 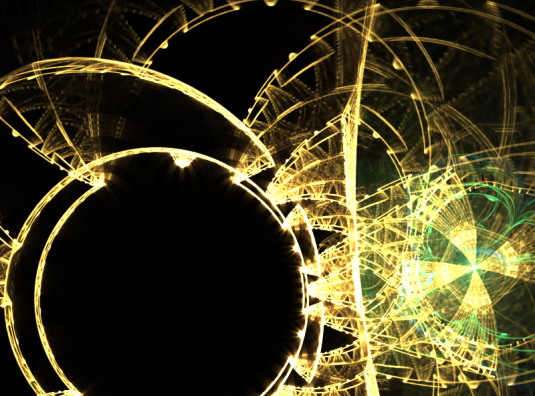 The sheep are definitely spatial, but quite possibly in terrifying ways, if one could imagine being in the midst of their space-time—it might feel like being in a Kafka novel, or Philip K. Dick’s VALIS, for that matter.

If any architecture were to be generated from this alternate universe it should by no means look like this. That would be too easy. Good architecture does not easily give up its sources. It would have to be more than a mere visual translation or interpretation. It would have to be divined through a depth of poetic understanding of a sheep’s life cycle. In other words, the design would have to take this artificial life form and process it through another system, ultimately leaving the sheep behind. The sheep, in essence, would have to be killed.