3 Takeaways from ‘Redesigning the Global City’

This month’s Chicago Forum on Global Cities explored the central tensions confronting the redesign of global cities. Here are our three major takeaways from the event.

What makes a city great? How do we design for economic prosperity while accommodating existing residents, local culture, and affordable housing? What role does the private sector play in what the future of our cities look like?

These were the questions a set of designers, urbanists, and academics—guided by the Financial Times’ Architecture Critic Ed Heathcoate—sought to address during a session at this month’s Chicago Forum on Global Cities on redesigning the global city. This era has already been deemed the century of cities, and in many ways cities—not nations—will define the new social, political, economic and environmental world order. But they also face serious challenges if they are to balance economic growth with a healthy, high quality of life for both existing and inbound residents.

So what are the key takeaways in successfully navigating these tensions from Copenhagen to Bogotá to Chicago? 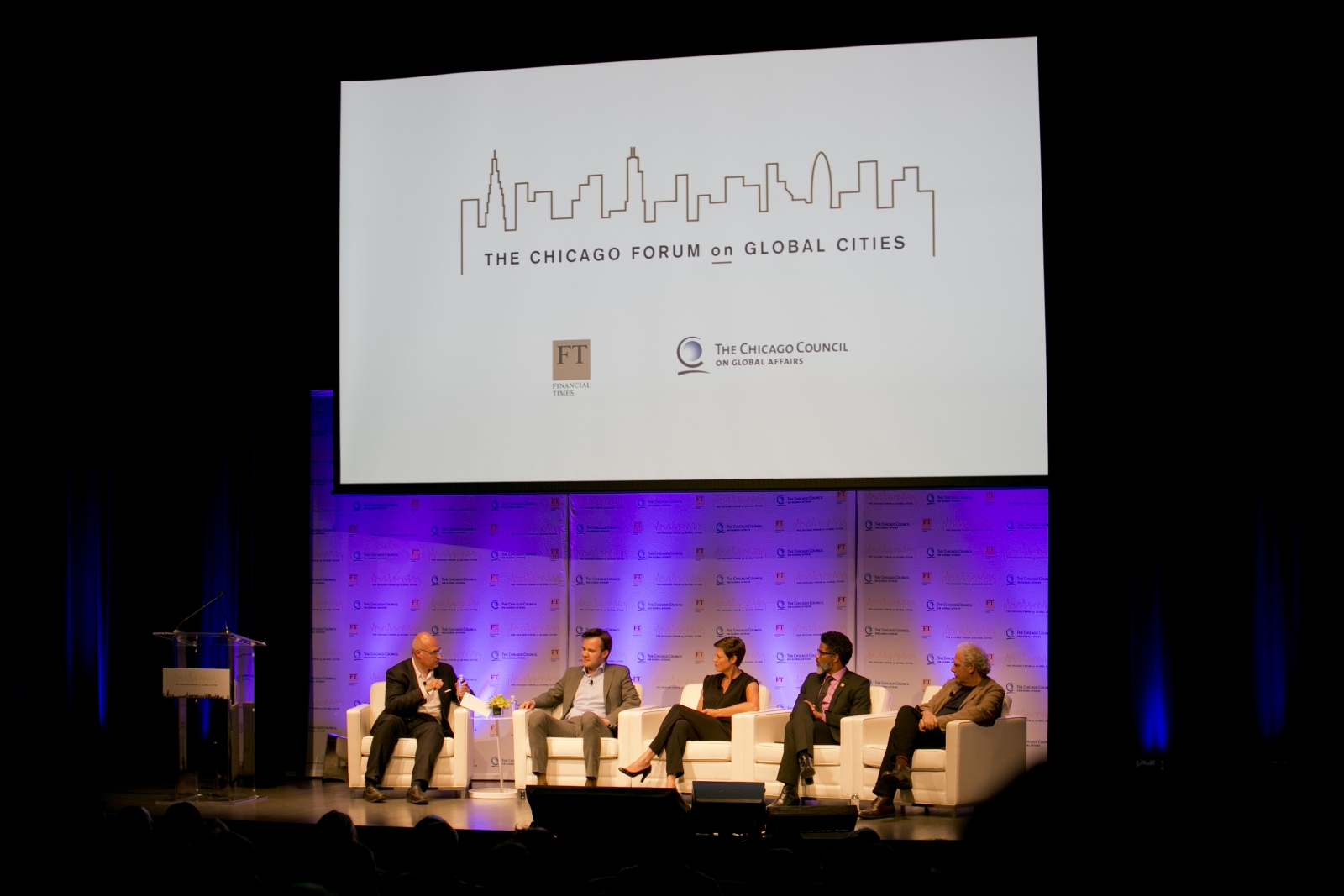 The rise of interdisciplinary urban solutions

Peter Kudryavtsev, Founding Partner at Moscow-based urban consulting firm Citymakers, started off the session by noting ‘the profession of city and placemaker is an entirely new thing in the world,’ which inherently integrates  traditional disciplines, like design and architecture and planning, but also psychology and neuroscience, biology, public health, economics and sociology. The master plans and designs that cities and firms produce, Kudryavtsev noted, need to reflect that.

Helle Søholt, Founding Partner and CEO of Gehl Studio, piggybacked on Kudryavtsev’s comments — holistic, entwined challenges posed by climate change, health risks, transportation issues, and other hazards will require holistic, entwined urban design solutions. In many cases, Søholt points out, this will mean breaking down the silo-ed way that most city governments handle urban design and development projects, where the parks department, urban environmental agencies, transportation, and public health agencies may all be working on similar or even the same projects without even talking to one another.

Søholt, whose firm has been one of the design community’s longest champions of public space in cities, reiterated the importance of vibrant public space in fostering a sense of community and safety in cities. These spaces not only serve an incredibly important role in supporting leisure and quality of life in cities—essentially serving as urban living rooms—but are critical for social equality and mitigating conflict. In Latin America and Asia especially, ‘the public realm is diminishing. If we don’t provide public space, we will see crises.’

Both Søholt and Ricky Burdett, Director of the London School of Economics’ Cities and the Urban Age Programme, point to the need for better data—both qualitative and quantitative—to better understand what’s actually happening in our cities. In some cases this means literally counting and observing people so that there’s information to compare different cities with.

Søholt  elaborates: ‘We don’t know enough about the needs of the people and what’s happening in our cities. We need to make it visible so we can make intelligent solutions based on facts; using data in an intelligent way in cities to inform decision making.’

Understanding the literal limits of the global city

Given the massive influx of residents into cities, planners and city officials need to resist the urge to continue to plan, develop and build further and further out of the city center, Burdett argues, because it forces people to travel into the city center from further and further out. City officials need to develop a policy of only pursuing new development around new public transit hubs. Burnett noted Portland as a positive example of a city that has identified and planned within an urban growth boundary.