Exterior of Brightcove’s new Global Headquarters in Boston’s Innovation District, Photo courtesy of CBT Architects; © Mark Flannery Cities everywhere are entering a new era of unprecedented collaboration as well as competition. If they are to thrive, they need to be great places. Knowing this, local governments are working with architects, urban thinkers, technology mavens, and […]

Cities everywhere are entering a new era of unprecedented collaboration as well as competition. If they are to thrive, they need to be great places. Knowing this, local governments are working with architects, urban thinkers, technology mavens, and other key players in the private sector to design and construct sustainable buildings and districts as platforms for the future. A synergistic symphony of urban design and development is commencing, harnessing creativity, lowering economic barriers, and generating productive energy with healthy, inspiring environments. Cities, much like states in the past, are now becoming the laboratory for innovation and change.

A new initiative, Cities as a Lab, is under development by the American Institute of Architects (AIA), with a full rollout planned for 2013. The project grew from the realization that policy experimentation and implementation has migrated downward from states to regions and municipalities that have become the powerhouses of democracy and experimentation. Our cities project aims to demonstrate through research findings, case studies, partnerships, and potential demonstration projects the power and importance of urban areas in a fully functioning polity. The melding of innovative design with the increasing power of technological solutions will be a key feature of this program. 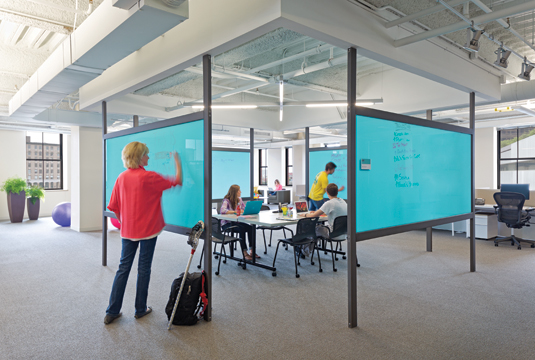 For this program to work, we must tap into the talents of technology startups and innovation companies that have become the new post-industrial districts of the knowledge economy. At the forefront of this change is Boston’s new Innovation District boasting some 100 firms and 3,000 new jobs. The district hosts the largest start-up accelerator and competition in the world; its Innovation Center offers a supportive environment for entrepreneurs. The city’s once stagnating waterfront is rapidly becoming an economic powerhouse, a place to be, with livable mixed-use infrastructure, micro housing, restaurants, and cultural venues to attract a high-energy workforce.

To enable large-scale transformation, municipal leaders are tapping into new models of financing. For instance, Chicago’s Innovation Fund will leverage $20 million in capital raised through the financial markets for loans to city departments on projects that cannot be funded from existing budgets – but will lead to revenues or cost savings. The City’s new Infrastructure Trust is also the first in the U.S. to use private capital in order to retrofit over 1,000 buildings to make them more energy efficient, create nearly 2,000 construction jobs, and save $20 million a year in fuel costs. 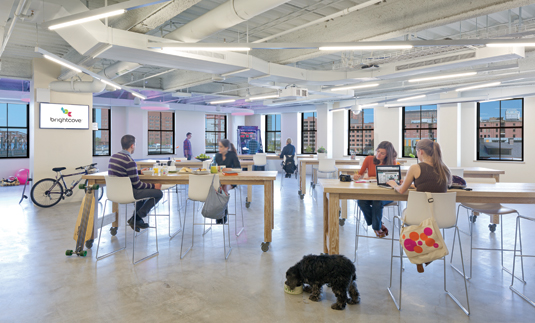 Original public-private partnerships are also on the rise with high-performance, resource-efficient demonstration districts across the country. Cities are working with property owners, architects, engineers, utilities, and other stakeholders to pilot replicable new models for the way that new and existing buildings are planned, designed, and constructed. Among these are the 2030 Districts in Seattle and Cleveland; the EcoDistricts in Portland, Seattle, and Washington, D.C.; as well as the Living City Blocks in Denver and New York City. 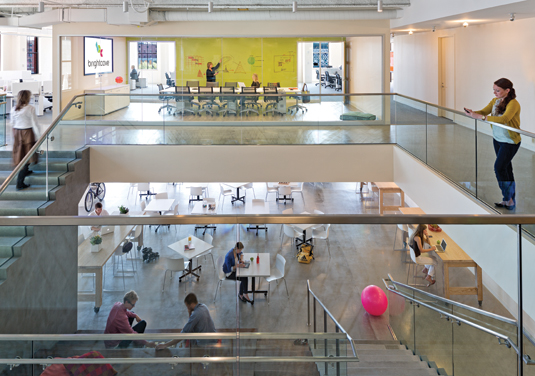 In planning and managing their cities, local governments are facing a new era of what they call “competitive responsibility” and “citizen centricity”. If they are to thrive, municipal governments must compete to attract funding and investment, enterprises and entrepreneurs, citizens, and visitors.

Innovative policy is happening from the ground up with civic engagement, enhanced social media connections, and technology practices serving as a platform for rapid change. Multi-sector partnerships and financing solutions are also increasingly leveraged to provide opportunities to scale up initiatives. Fiscal constraints are still a stark reality for many local governments, but forward-looking municipalities are charting their own course to opportunities.

Americans are looking for change – large, small, and NOW. We want high-performance communities that animate a brighter future. While many important pieces of the urban puzzle must come together to make cities great, it’s the people who make cities truly thrive and succeed.

Brooks Rainwater is director of public policy at the American Institute of Architects (AIA).

The photo credit for the aerial photo of the city was corrected from Elkus Manfredi with Jasper Sanidad to CBT Architects with Mark Flannery on 9/13/12.