How a 16-Year-Old Is Changing Her Favela, for the Better

Favelas across Brazil are subject to a host of stereotypes and misconceptions from the outside world. They are sorely misunderstood places despite being home to as many as 11.4 million people in Brazil alone. Based on our recent travels, we discovered a way of life that we’d been told did not exist. Despite some obvious struggles, there is a brewing youth movement seeking to improve the favelas. This story documents one young activist’s life, and how she is changing her community.

Manuela Gomes, a passionate 16 year-old lives in the community of Real Parque, a small barrio in the southeast of São Paulo. Her favela is situated between the luxury condos and the apartment complexes of Morumbi, one of the city’s richest neighborhoods. Compared to other, larger favelas here, this community is small; it’s reflective of what many smaller favelas on the outskirts of the city look like. There are few paved streets but many open, muddy tracks running with sewage and household waste. 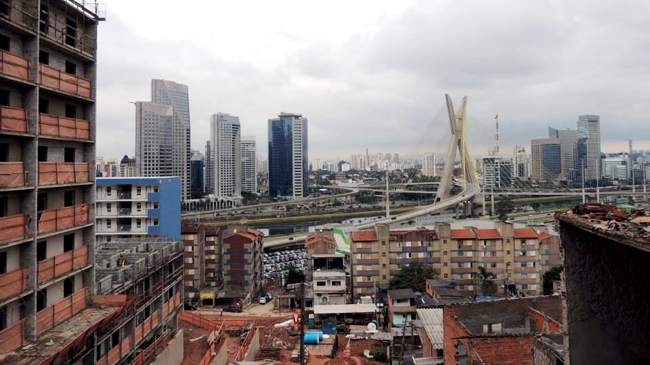 Real Parque is a small barrio in the southeast of São Paulo. It’s also home to Manuela Gomes, a passionate 16 year-old who is trying to lead her community.

The daughter of a teacher and a construction worker, Manuela has been living in Real Parque for 10 years. The story of her arrival in this community is reminiscent of what many other families have faced. As descendants of the Pankararú natives from eastern Brazil, her family sought the advantages of a better life in the city of São Paulo. Upon arrival, they were met with the immense challenge of trying to find adequate housing in a profoundly expensive city. They built their informal structures on unused land in the heart of the urban sprawl that grew into Real Parque.

In spite of her difficult living situation, Manuela says she’s fortunate; she has access to good education and work. She still attends school, where she has a deep passion for math, history and art. In many ways she is a typical teenager who enjoys Facebook and spending time with her family and friends. Like many other young people in favelas, she has a strong sense of community and is devoted to seeing it flourish. Despite working every night after school, Manuela dedicates her weekends to her local youth group, SOS Juventude. This group is composed of roughly 30 young people between the ages of 14 and 18, who are strong advocates for change in their barrios. A number of teachers and local adults help organize the group, but their activities are almost exclusively youth run and lead. 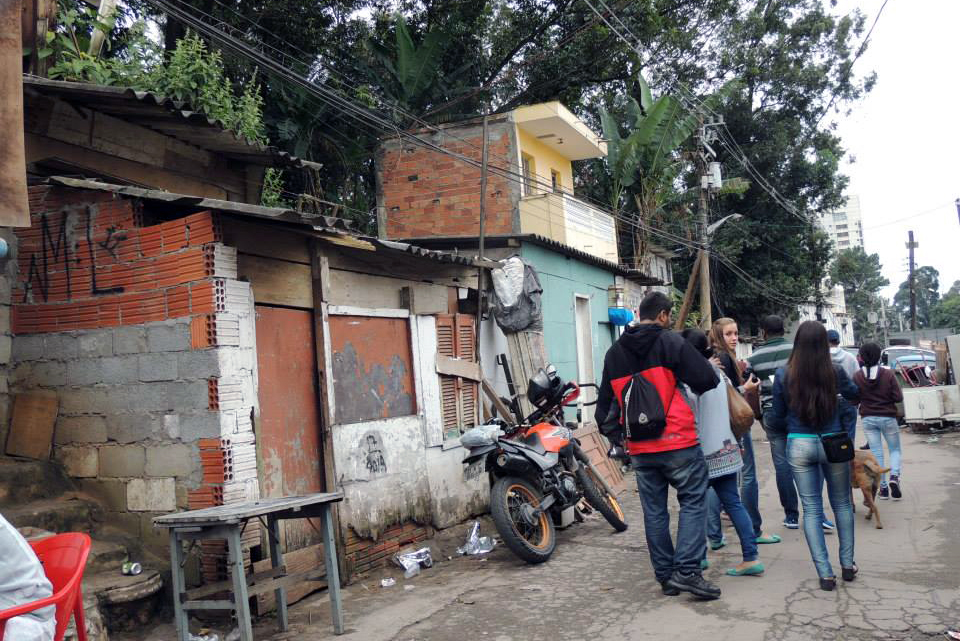 Members of SOS Juventude walking down the streets of a Real Parque favela.

SOS Juventude is much more than your usual youth group. Their dedication and passion has created a wave of change in their community. Recently they petitioned for the creation of a new clinic to be built within proximity to Real Parque. This in a city where the government is reluctant to acknowledge that there are favelas, let alone invest money in them. The magnitude of their achievement cannot be understated. 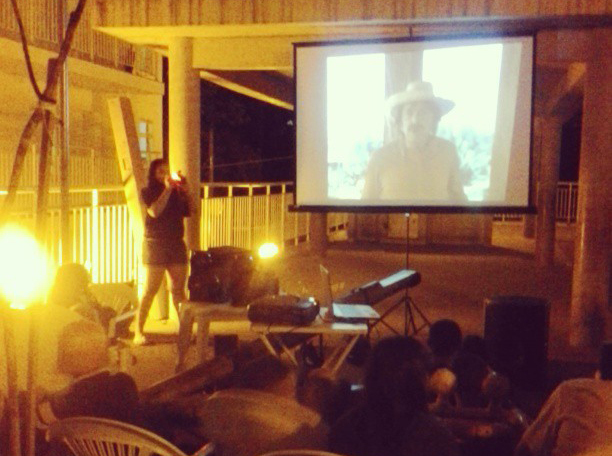 A screening of a documentary about the Brazilian actor Amácio Mazzaropi, produced by SOS Juventude volunteers.

Manuela’s current project, “Cine Na Comu,” is a series of movie screenings that show culturally significant films in the streets of the favela. For example, Real Parque recently celebrated 100 years of Amácio Mazzaropi in film, a local icon reminiscent of Charlie Chaplin. Recognizing the popularity of the Brazilian star, the youth group filmed the short documentary about his life. They had the help of SOS Juventude volunteers and learned the skills they needed to be able to produce the documentary on their own. Their film, along with another Mazzaropi classic, was shown at the Cine Na Comu meeting and received great praise.

The small group has a saying: “The youth is the voice that moves.” These incredible young people know that they are the future leaders of the community and that their actions can make lasting change. It is this very attitude that has built the favelas from the ground up and kept them thriving, despite an unsympathetic government and seemingly insurmountable challenges.

Meagan Durlak is a design strategist and systems thinker who believes that good ideas are dependent on their ability to be embraced by those that matter most—the people on the other end. As a designer, Meagan has explored her creative approach in unique settings ranging from an innovation center, a museum, to a ministry within government. As a Masters student of the Transdisciplinary Design program at Parsons, she has become something of a complexity enthusiast and an advocate for the power of design to bring clarity to knotty problems. Designer, strategist, social innovator, creator, maker—call her what you want, because regardless of the title, she loves what she does.

James Frankis designs systems, experiences, and services that make impactful change. He uses his personal lens of science and coding to bring logical analysis to the design practice. These skills help to maintain complexity, define narrative arguments, and ground projects. James is working on an MFA in Transdisciplinary Design at Parsons where he uses the methodologies of design thinking, prototyping, and co-design to empower communities and build resiliency.