MAM: Getting it Right, from the Start

Museum design has become synonymous with iconic forms, carved with ground-breaking technology to give the institutional building a visual identity, as strong as the best corporate logos do. But in Miami a project for the new art museum (under construction and expected to open in 2013) is breaking the mold. This design is bent on reminding […]

Museum design has become synonymous with iconic forms, carved with ground-breaking technology to give the institutional building a visual identity, as strong as the best corporate logos do. But in Miami a project for the new art museum (under construction and expected to open in 2013) is breaking the mold. This design is bent on reminding us that this museum’s main goal is to engage people with the art, while serving as a pivotal center for its arts community. 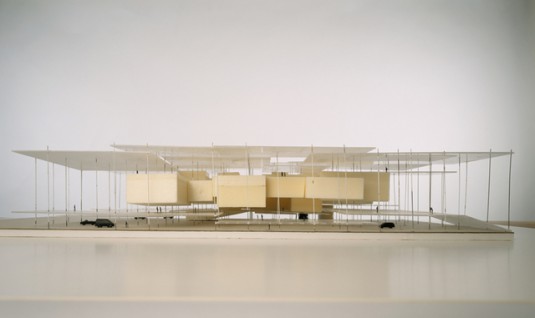 “Early in the design process Terry Riley [then the museum’s director] and the architects, agreed that the design driver was to meet the needs of the institution and if the building was to become an icon it would be because of its role in the community,” says Robert Portnoff, project director of the Paratus Group, the consulting firm assisting with the development. 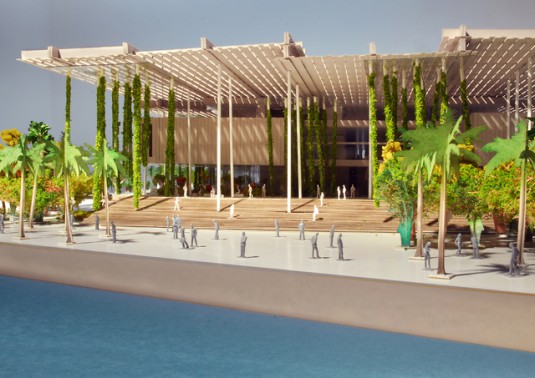 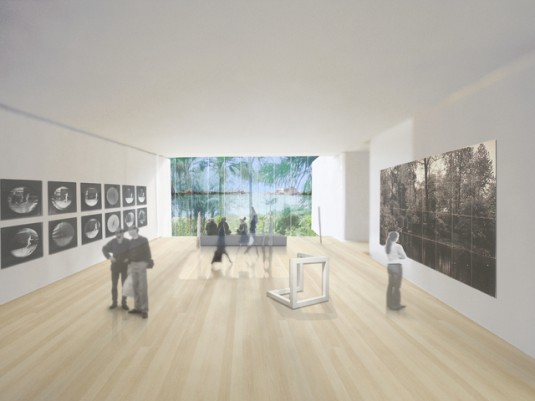 The project is all about experience at every level, from construction to final building. It started with a well-thought-out, yes, “curated” program, which became a strong thread throughout the process. That, of course, is usually the function of a program, but here the program’s design has been taken to another level. 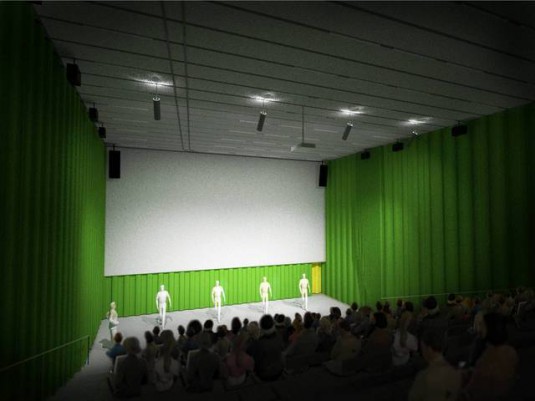 The institution itself has evolved from what used to be merely an exhibition space (known as the Centre for the Fine Arts). It eventually began collecting and became the Miami Art Museum (MAM). As the city’s cosmopolitan population grew, so did the cultural scene, resulting in an active and talented arts community. This created a demand for a new facility that would be more appropriate to the world-class destination Miami was becoming (not to mention more space for its rapidly growing collection of 20th and 21st century international art). 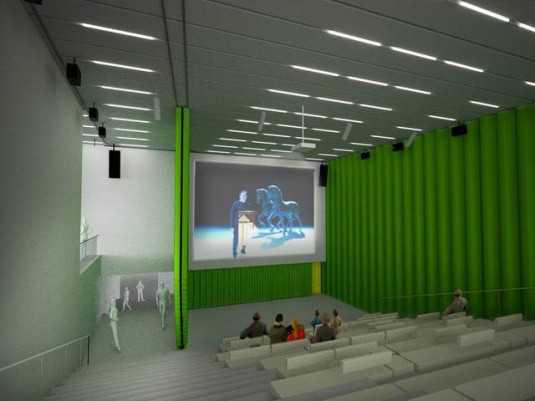 From its Center for Fine Arts days, the museum inherited a strong educational mission, so the new building will have classrooms, as well as rooms for art and digital media workshop, library and auditorium. This program has given the designers a wide range of opportunities to get creative in making connections with users. A smart solution was found, for instance, for the auditorium, a public     space that’s important to all museums. This auditorium won’t be in a gloomy basement. At MAM the auditorium overlaps with the grand staircase that connects the gallery floors. A clever curtain system envelops the space, giving it flexible use, filtering public interaction in accordance to the need of function being held. When not in use, the room can become a display area for video art, among other uses, instead of dead space. “Together with MAM, we developed this space to be a fully functional auditorium that avoids the sense of an empty theater when not in use,” says Stefan Horner, project manager with Herzog & de Meuron (HdM), the acclaimed Swiss firm responsible for the design. 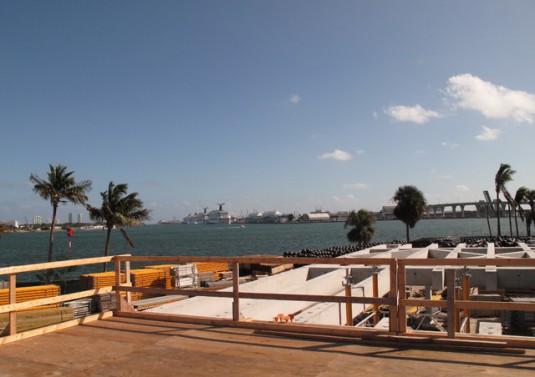 The building is comprised of a series of rooms that connect and juxtapose the museum’s many functions from public to semi-public, the permanent and the temporary exhibits, contemplative and  educational activities — all within a layered flow that will also include “breathing” vistas of the exuberant Miami exteriors  (through the largest hurricane-resistant glass in the United States). This carefully orchestrated assemblage of spaces will sit on a vast elevated plateau, topped by an expansive and sleek canopy. Both the canopy and the plateau will be larger than the built space, giving large areas for exterior programing, creating a balanced inward and outward orientation as it integrates the park with the design. “Shade is a precious good in Miami and this museum will offer plenty of it,” notes Horner. 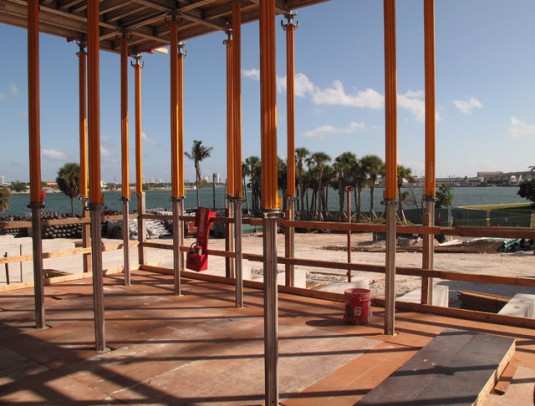 Terence Riley, partner at Keenen Riley Architects, was MAM’s director between 2006 and 2009, and had an active role in keeping the HdM design in close coordination with the program. “It’s an incredible structure that makes for very engaging spatial relationships,” Riley says. “Nothing will prepare people for the experience of moving through the public spaces and galleries. It will be really one of the most sophisticated museum buildings of our times.”

To build such a structure, a rigorous selection process was put in place and the firm of Moriarty Florida was selected as construction manager. Their track record, having built the expansion of Boston Museum of Art and many high end condos in South Florida, gave them the right background needed for a project like this. Once selected, they coordinated the construction and delivery of  actual size prototypes of sections of the project (later used to test finish options and assorted spatial analysis) as part of determining who the concrete sub-contractor would be. “Our construction team is constantly being challenged–and responding–to ensure that we captured the intent of the design, and within  a high level of coordination of all  parts and parties involved,” says Fernando Vilela, project superintendent at Moriarty Florida. 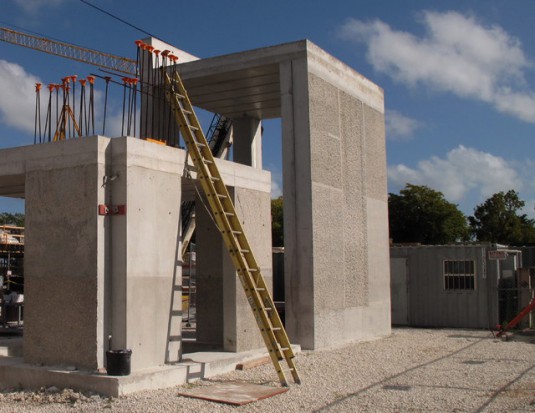 Portnoff, with the Paratus Group, has overseen many high-profile museum projects, from the ground up, including challenging additions (the Renzo Piano designed expansion of the Gardner Museum in Boston is re-opening this week), says that by doing its “homework” and having a clearly defined set of requirements, the museum paved the way for design excellence. “They were very thoughtful and thorough in developing their building program, laying out the needs for showing art, for serving the community, for protecting visitors from the heat while engaging the park. Every design feature can be traced back to the program brief.” 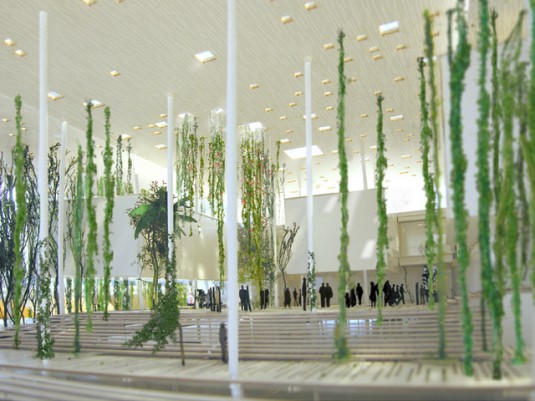 Indeed, the Herzog & de Meuron design complies with and expands on what the program asked. It gives this young city a sophisticated place for an educated cultural growth, while displaying its art and fostering expansion. With its unique interaction with the site, MAM also reminds users that that this specific museum visit is unlike any other and that it’s happening in Miami.