The Museum of Modern Art celebrates the relationship between Le Corbusier and landscape.

Of the many associations we link to Le Corbusier, his connection with landscape is probably not the first one that comes to mind. Yet, it’s precisely the idea of landscape as it relates to the celebrated 20th century modernist’s work that’s the main thread running through the sprawling exhibition Le Corbusier: An Atlas of Modern Landscapes at the MoMA, curated by Jean-Louis Cohen, along with Barry Bergdoll, the museum’s chief curator for architecture. In it they explore Le Corbusier’s work as artist, architect, city planner, and writer. Although this is his first large-scale retrospective at the MoMA, Le Corbusier is no stranger to the institution, which included his work in the Henry Russell Hitchcock and Philip Johnson’s seminal 1932 Modern Architecture: International Exhibition, and organized several smaller exhibitions during his lifetime. 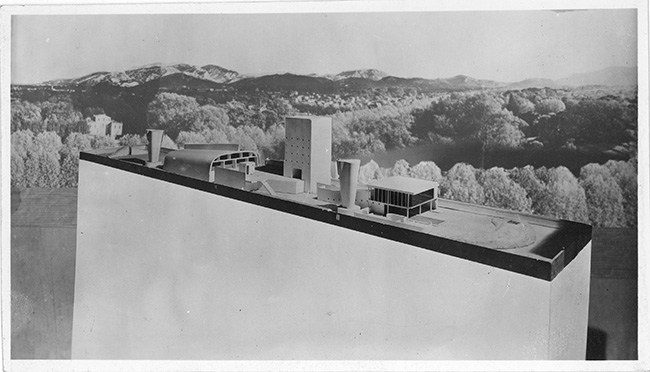 To tackle an exhibition of such a large scope Cohen employed the idea of the atlas. Thus the exhibition follows the many trips Corbusier took during his lifetime, including travels across the Balkans, through Europe, and, finally, around the wider world to places such as Africa, India, and the Americas. The curators analyze how his impressions of all these places became part of his work, referencing the many accumulated images, including postcards and photographs, as well as the different media he used to capture his impressions of select places. Many of these objects are on display, along with plans, videos, models, and reconstructed interiors, mostly on loan from the Fondation Le Corbusier in Paris. The sheer quantity and variety of materials could have been overwhelming, but it is displayed to its best advantage in this comprehensive exhibition.

The diverse documentary materials on display are supported by large-scale photographs by Richard Pare that bring new life to Le Corbusier’s architecture. A rich catalogue, also laid out like an atlas, spans the continents where Corbusier’s work can be found. The publication points to the breadth of the architect’s influence and, through essays written by experts on particular regions, it gives insight into the man who was seen as both a modernist hero and pariah. “There are lots of Le Corbusier ‘isms.’ No other artist is as reduced to clichés by others, and by his own account,” Cohen said during the press opening. He explained how the catalogue doesn’t shy away from “the complexity of his thought and the contradictions between his public persona and inner reflections.”

Perhaps the most revealing piece in the show is a long scroll of the quick sketches and notes Corbusier made as part of one of his lectures. These gestural drawings, some 21 feet long, accompanied his famous presentations of his work, helping disseminate his message around the world. They reveal the forcefulness of Corbusier’s personality, the power of his rhetoric, the confidence in his message, and the dynamic way in which he conveyed it.

“The atlas confirms a major realignment currently underway in the study of the masters of modern architecture,” Cohen said, “one in which place, cultural specificity, and attention to landscape have displaced the idea of modern universals.” 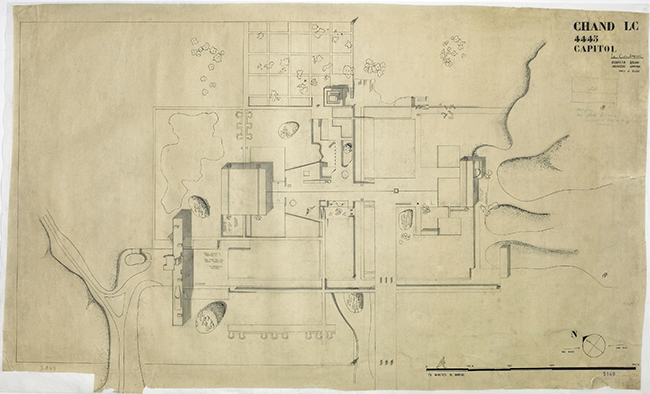 This break with formalist readings hasn’t come a moment too soon. It follows the controversial decision of the Pritzker Prize committee to hold their ground, and not let Denise Scott Brown share the 1991 prize that was awarded to Robert Venturi, her design partner and husband. This very public discourse of who gets credit for architecture just points to the increasing need to reexamine the history of the profession, and bring it closer to contemporary attitudes and interpretations.

If there is fault to be found in Cohen’s Atlas, it is precisely in the overarching argument that grounds Corbusier’s work in landscape. While there aren’t any doubts that the great architect was attuned to the specificity of places, his attempt to bring order into natural chaos through architecture often imposed itself on landscape; he paid little regard to what was already there.

In looking to free Corbusier from his “machine for living” fame, the curators merely replaced one restrictive frame with another. Yet if we look at The Atlas of Modern Landscapes not as a definitive analysis of the great architect’s work, but as another voice added to the voluminous Le Corbusier scholarship, there is much that can be taken away from this exhibition.

Dora Sapunar is a graduate student of design studies at Parsons the New School for Design.