New Eco-Park Packs A Rainforest, Desert, And Penguins In One Building

Ecorium in South Korea is a new ecological park that recreates all of the world’s major ecosystems.

Step inside one of the five glass biodomes that comprise the newly opened National Ecology Center in Seocheon, South Korea, and you’ll find yourself transported to all of the Earth’s major ecological regions. That’s the idea, anyway. The project, called the “Ecorium,” was designed by Grimshaw Architects with S.A.M.O.O. on behalf of Korea’s Ministry of the Environment, the state entity that oversees the country’s national parks and preservation initiatives. The latter charged the architects with creating a splashy green landmark that would also function as an educational center. It’s safe to say they didn’t disappoint.

The sprawling structure weaves a series of interior forests, deserts, lakes, and other geographical features in a continuous chain of what we might call “biozones.” Visitors follow a detailed itinerary beginning in the Ecorium core, where a host of extinct and endangered specimens—mammalian, reptilian, avian—are displayed. From there they pass into the first biodome, which recreates the tropics via a mangrove lagoon with coral reef and fish, before continuing on through to a subsection (the “dry sub-tropical”) filled with desert dunes and small streams. Next up is the Mediterranean (wet sub-tropical), which simulates Europe’s rocky landscapes and forests. This zone segues seamlessly into a geographical detour of the Korean Peninsula (coastal marine), a mix, like the Mediterranean, of the sub-tropics and alpine regions. A jaunt through the sub-polar (tundra) leads to the last of the enclosures, the polar biodme. The latter is illuminated by a light-show facsimile of the Aurora Australis, whose streams of color might distract you from the penguin show unfolding beneath your feet. Looking down, the room’s transparent floor—a liberal interpretation of the ice shelf—reveals a large tank, in which the “aquatic birds” zip gracefully this way and that. 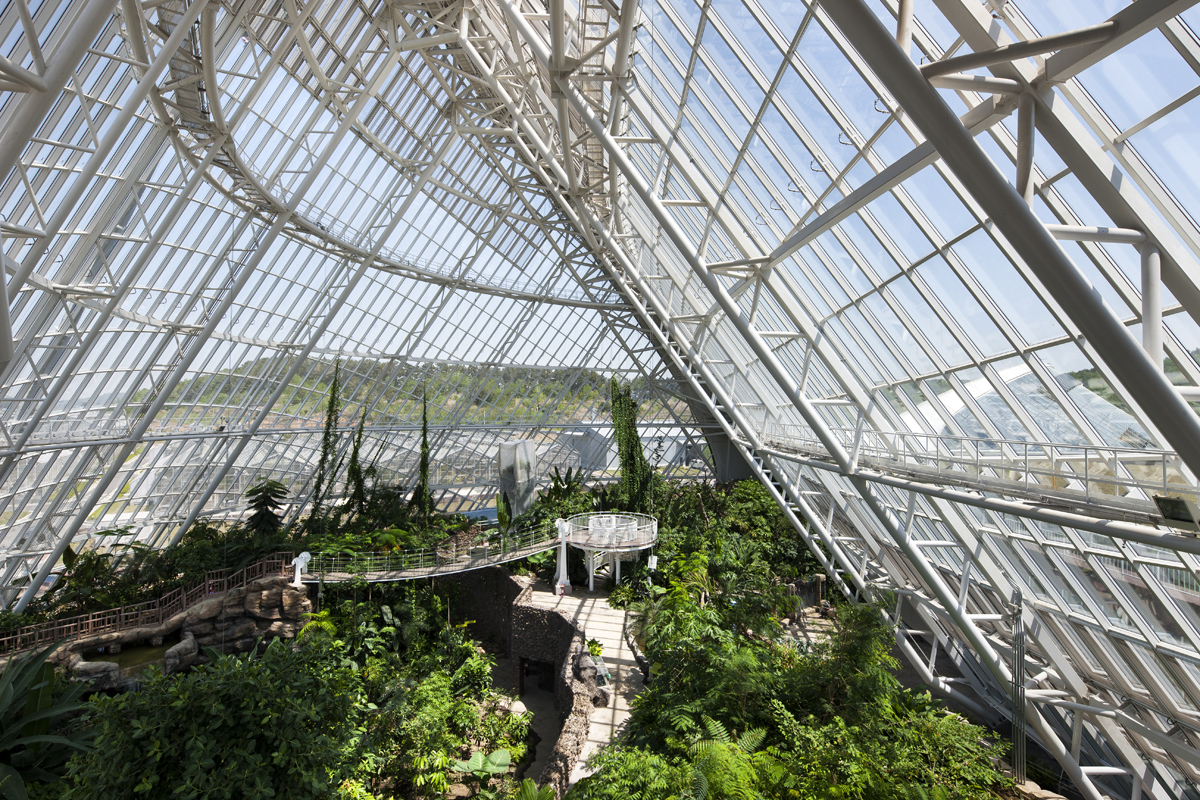 Inside one of the complex’s five glass domes, which form 35,000 square feet of greenhouse space.

The architects say that the building’s looped form was based on the serpentine outline of an oxbow lake, the leftover body of water cutoff from a river by eroded soil. The figure is easy to make out in aerial photographs of the site, with your eye tracing the meandering line of the white steel armature. The structure supports the angled curtain walls that together form the crystalline domes. Basins at the foot of the walls collect rainwater for irrigation, while abundant daylight significantly cuts down on the need for electrical lighting.

For Grimshaw and the project’s other partners, Ecorium is an “immersive teaching tool” to educate visitors about the importance of ecological conservation. All while having a good time. 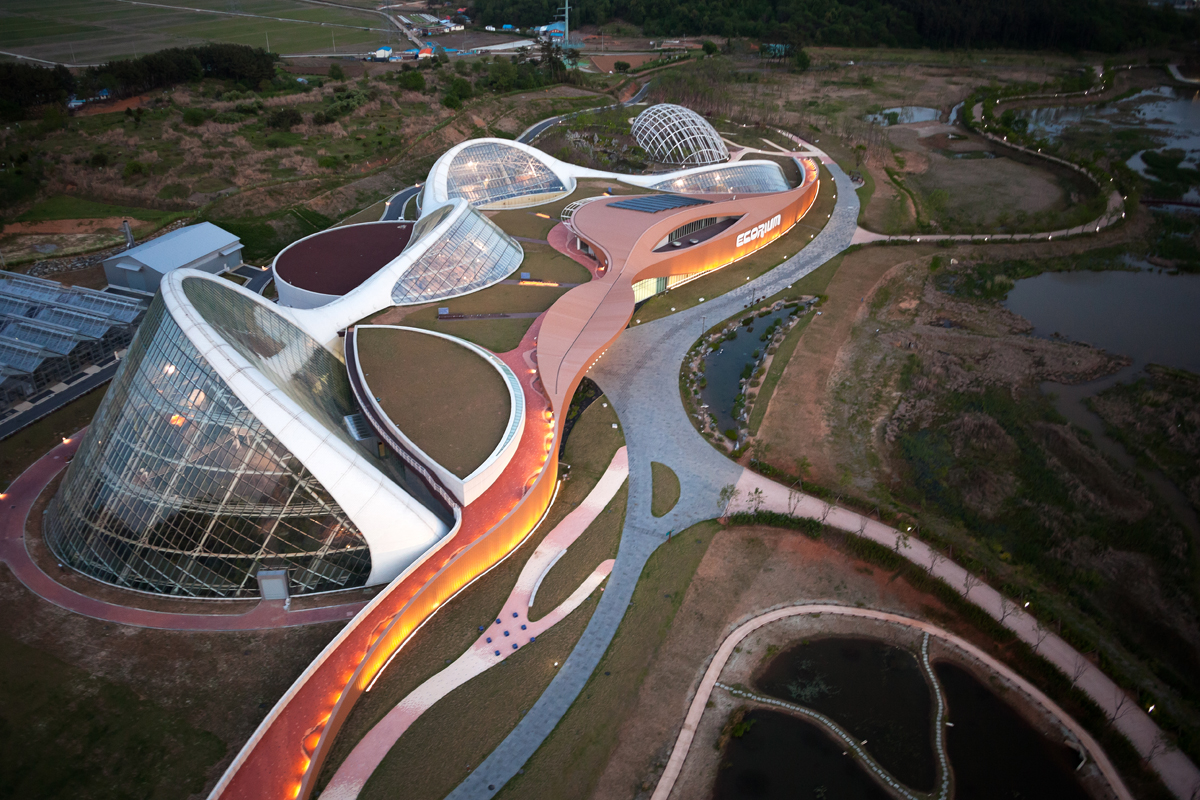 Ecorium is expected to open to the public in Spring 2014.