The architect might take two hours to draw a house or a chair, and then spend two years methodically refining it. 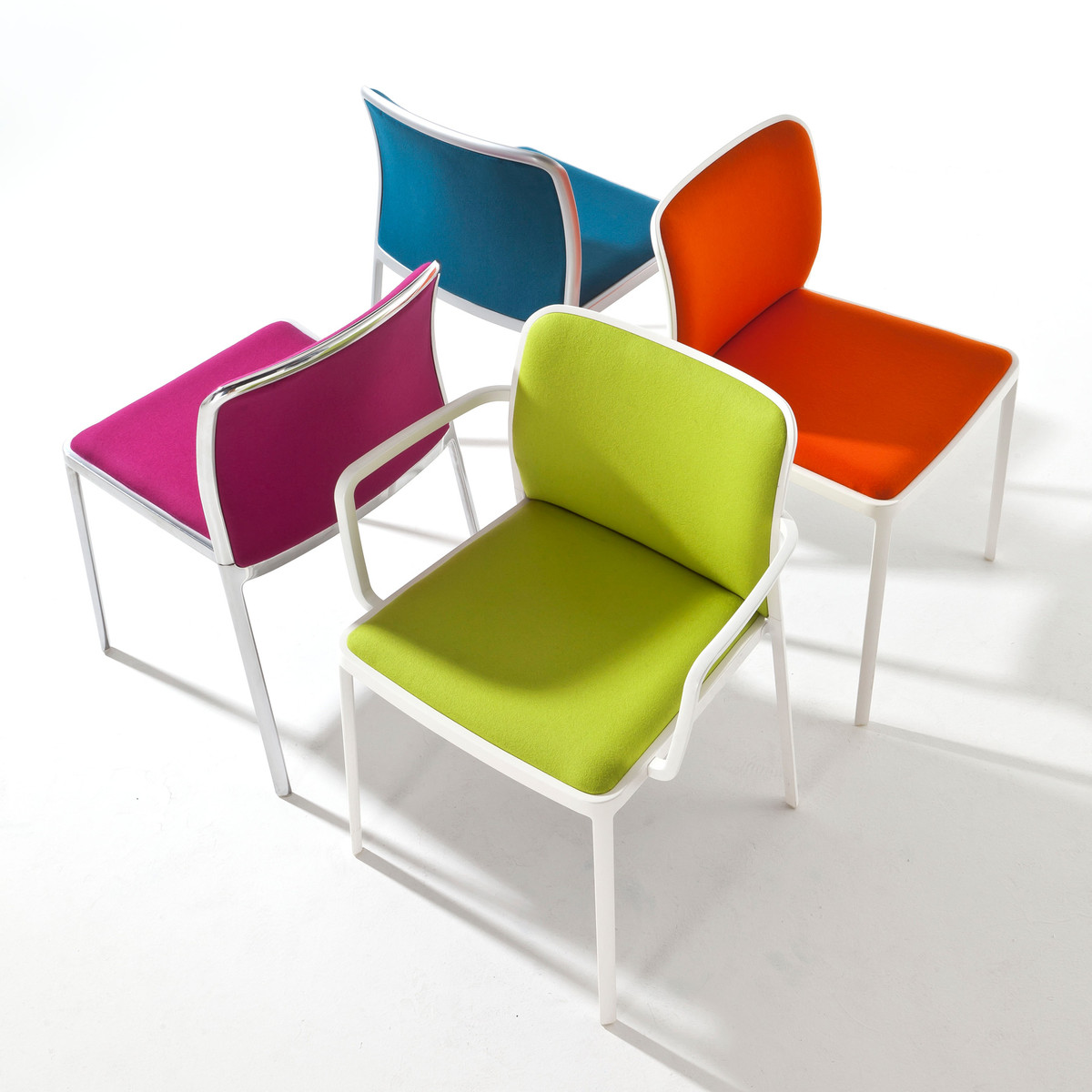 Piero Lissoni needs to reschedule. Or not exactly reschedule, more like postpone. He’s working in his Milan studio when he gets the first phone call, the reminder he’s requested prior to what should have been the regular phone call, but he doesn’t want to do this kind of work—this talking, explaining, re-explaining work—from his studio. He wants to postpone so that he can instead speak while he takes the train from one part of Milan to another.

It’s strange, at first, this postponement, this not wanting to talk from what we might imagine is the safety, security, and stability of the office. At the studio there are desks, and dedicated telephone lines, and assistants. A corner for him to sit in, a door for him to close if the other designers get too noisy. But then later, after speaking for a while, the postponement makes sense. It’s not that Lissoni didn’t want to talk in the office. It’s just that, well, he’s kind of turned everywhere into his office. It’s not like the train is any different.

“No, it’s life,” he says, twice, to two different versions of the same question: “Is there a particular place or space that inspires you?” Lissoni doesn’t have a mood board or a visioning room, or a Pollock painting or a Michelangelo sculpture that he needs to look at when he’s blank. He doesn’t read poetry like Daniel Libeskind does, or watch football like Peter Eisenman talks about doing. He takes the train, or goes for a walk, or has dinner, “in China, or Milan, or Los Angeles, or San Francisco,” and it all gets into his brain and floats around there for a while, sometimes hours and sometimes years, until the right client comes along and Lissoni gets the chance to design a project he’s been thinking about.

Like the villa in Tuscany that he just finished. It took two years total, but the math is very particular. Lissoni sketched for two hours, and then spent the rest of the time refining, editing, working things out with his design team, having his engineer figure other things out for him, and making sure that each change didn’t too drastically alter the rest. The house looks incredibly simple—“like when children design a house,” is how he explains it—but, of course, the project is significantly complex. “I tried to design something absolutely very natural,” he says. “And the maximum level of naturality is to be a child.” So there’s a little square house with a peaked roof and a big window and an easy front door, and it sits on the top of a little windy hill in Tuscany, and that’s it. Right?

Except it’s never that simple, not when there are people involved. The house doesn’t look as it does for theoretical reasons (much as it brings to mind Herzog & de Meuron’s Vitra complex in Weil am Rhein, a post-modern pastiched version of a child-house where the forms explode, repeat, and violently interpolate), but for eminently practical, even (gasp) client-centric ones. The owners had bought property on a hill in a park. “They asked me, ‘Piero, can you design a house only for us?’” Of course, that’s what all architects do, design houses only for their clients, the ones who are signing the checks that underwrite all this design. But no, no—misread qualifier—they really wanted a house that is only for them. “We don’t like to host anybody inside, only for dinner or lunch,” Lissoni recounts the clients telling him. So no guest bedroom, no loungey living room with a pullout couch. Just a huge kitchen (“because they like to cook”), a studio with a library (Lissoni calls it a “bibliothek”), a master bedroom, a storage space, and a bathroom. The only other brief they gave him was a reminder that the hill was windy and they required protection from both summer and winter winds (except that they also liked the view and wanted to live with it year-round), and, so, figure it out. 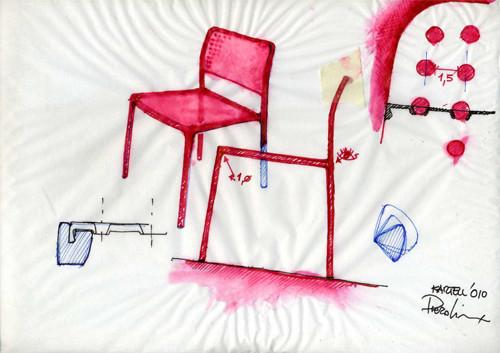 “And I did—and it’s an architectural discussion even if they didn’t discuss with me, ‘Oh, I want the project in natural material, or we want the project with glass,’” Lissoni explains. “They asked me, and I did them a house that was exactly what they want.” Which was, whether they knew it or not, a super-thin concrete shell house with a massive, seven-meter-wide window and plenty of other operable windows. “They became like a canopy and you’re watching outside, and it’s a special perspective, and that’s it,” he says.

The part that took two years was the transformations from Lissoni’s hand—expressed in pencil drawings, watercolors, and SketchBook Pro files made on his iPad—to studio drawings to engineering drawings to construction documents, transformed by his engineers with their, as he says, “strong calculations.” But Lissoni isn’t one of those designers who fetishizes the visual. “I use the drawings like a code for discussion,” he explains, talking about the studio-wide design process. “I’m not a great fan of the artistic side.”

For the villa, when one element changed—the first iteration of the window was too wide, for example—everything else had to change with it: like sawing an inch off a table leg so it doesn’t wobble and then having to compensate with the other three. Every design, of course, is interconnected and interdependent, but the visual simplicity of Lissoni’s design for the villa meant that every minor shift would be that much more visible. When all you have to work with is concrete and light, the slightest change in proportion, shading, or detail can have the most tremendous—and sometimes unwanted—effect. Lissoni could track all the changes because he “designed it with complete control around the details—the way we connect walls to the floor, windows with the doors.” At the same time as he designed this project—“born inside” as he describes architecture from the inside out rather than a shell from the outside in—he was finishing up the Audrey chair for Kartell. 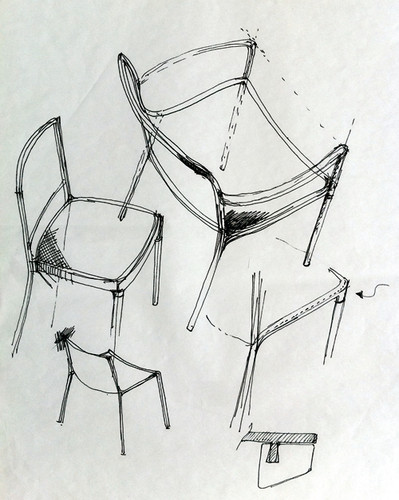 Many architects talk about designing houses and chairs (and glassware and teapots and sneakers and big stretchy installations in Miami), but it’s the rare architect who can truly work across multiple scales. Generally, those who are trained to work at the scale of the city become planners; at that of the building, architects; and at that of the product, industrial designers. For Lissoni, it’s all the same—it’s about “the correct material in the correct moment for the correct project.” And it all comes down to the ultimate client: himself. “If I design a house like that, I design it like that—it doesn’t matter if the client doesn’t like it,” he says. “I’m not elastic.”

Lissoni was also inelastic in his vision for the Audrey chair. The chair took four years longer than the house, but those six years were, Lissoni says, so that everything could be “correct.” The design process went through the same drawing-redrawing-engineering-redrawing process that everything else that comes out of Lissoni’s studio does, with the added twist of mass production. At first, it wasn’t possible to produce the chair “with the correct cost,” and so Kartell designed a whole new production line with 64 robots. Once the robots had been built, Lissoni worked to redesign the chair. “I changed some sections because the robots do it, not human hands working on the ground,” he explains. Some of the changes were intensely pragmatic—based on lowering the quantity of aluminum, for example—and some were almost infinitesimally tiny, details that had to be changed to accommodate the combination of robotic limitations and Lissoni’s humanistic vision. The chair looks incredibly simple—four legs, a seat, a back—but that simplicity, Lissoni says, belies what he calls his classic slogan: “The level of simplicity is the public face of complexity.”

It’s a slogan he repeats twice during the conversation, and it’s clear that this is more than a mantra. It’s how he keeps his work not just current, but almost atemporal. “I never think to design something for the future—I design something for somebody now,” he says. “If it becomes iconic is not my problem.” For him, a humanistic approach is the only one that would make sense to a designer. How else to approach a house (which people will live in) or a chair (which people will sit on)? Design has to be for people, not just philosophically, but also tautologically. And it has to be done by someone, preferably someone who believes so much in what he’s doing that he’ll call a client a “good victim,” as Lissoni does. A designer who’s going to believe in his ideas so much that he’s going to commit to building the villa he took two hours to sketch and to producing a chair that takes 64 newly invented robots to make. And who’s going to justify it all simply by saying that it’s right for him. “You have to be so precise in your vision,” Lissoni says. “Otherwise I’m not the architect and a designer—I’m a pen, I look like a pencil.” 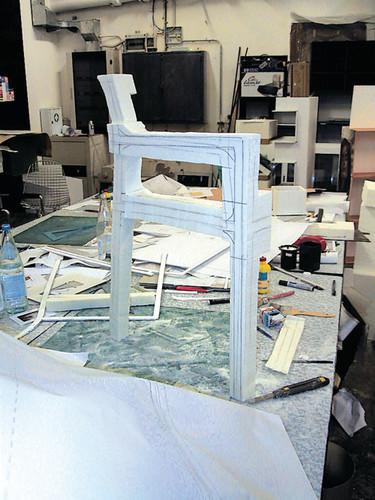